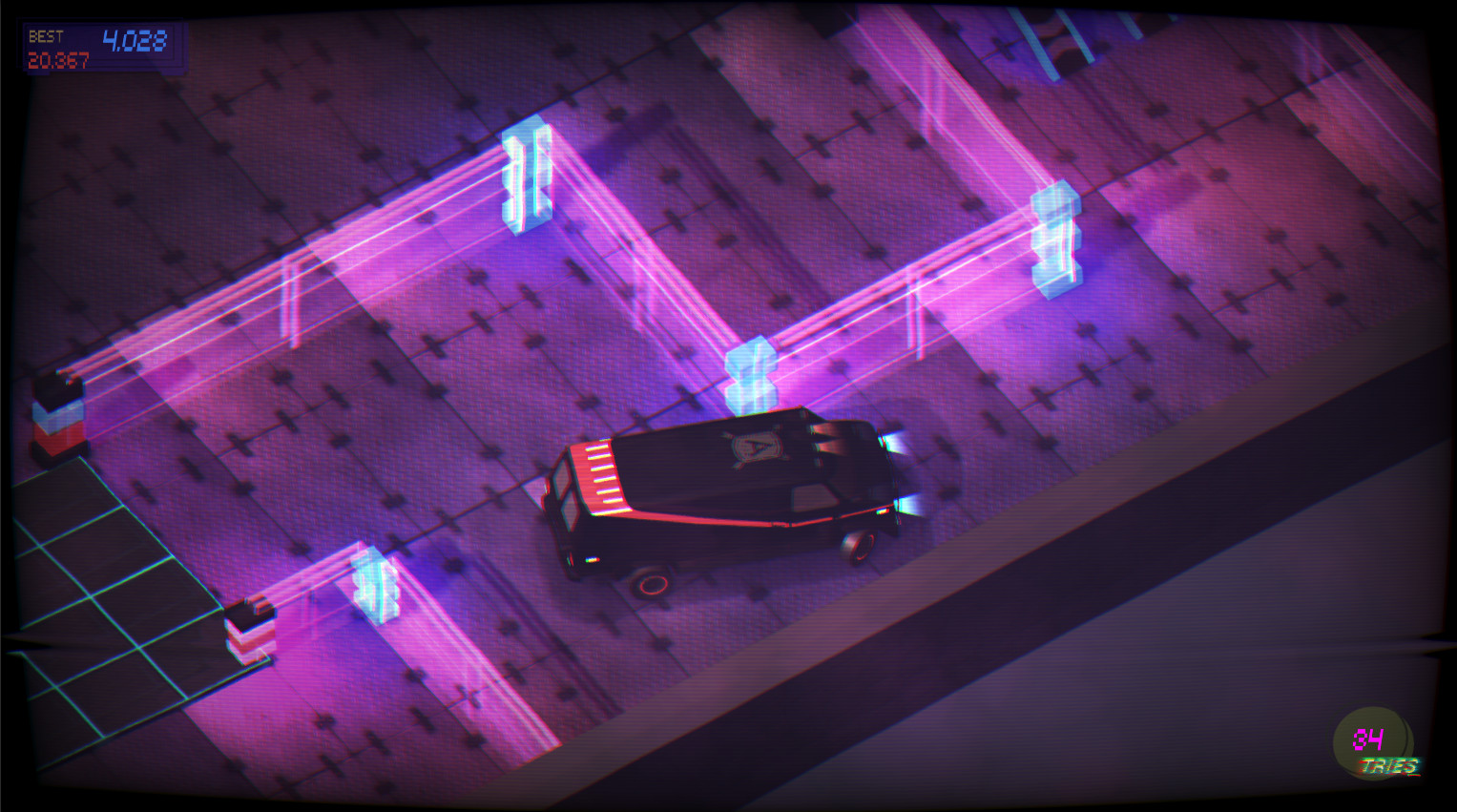 Yes, I’ve noticed the game’s title. “Hard” is still an understatement in this case. Was it fun though? Depends on your own vision in regards to entertainment. It didn’t amuse me one bit, having to restart the same stage at least a dozen times because of the ultra sensitive car controls, which you can’t actually tune in any way. Handbrake or not, you will notice from the very start that the cars handle like refrigerators on rollerblades as if inertia itself wants you to fail and hit that reset button one more time.

Or simply pick yourself up from the floor and go back at the starting position. A timer will be present in the upper left side of the screen and mock your pathetic results at the end of the level IF you reach that far without rage quitting a few times first. So at least the game has its own twisted sense of humor. I have to appreciate that since I’m not gonna demolish a game simply because I can’t play it “by the book”. And here I thought that the Trials Fusion series was hard enough on two wheels. Apparently not even having four does much good. And I can draw some similarities to another one of Ubisoft’s creations, Trials of the Blood Dragon. Try Hard Parking perfectly emulates that faux VHS B-movie feel and even features some iconic car models from films of that bygone era. 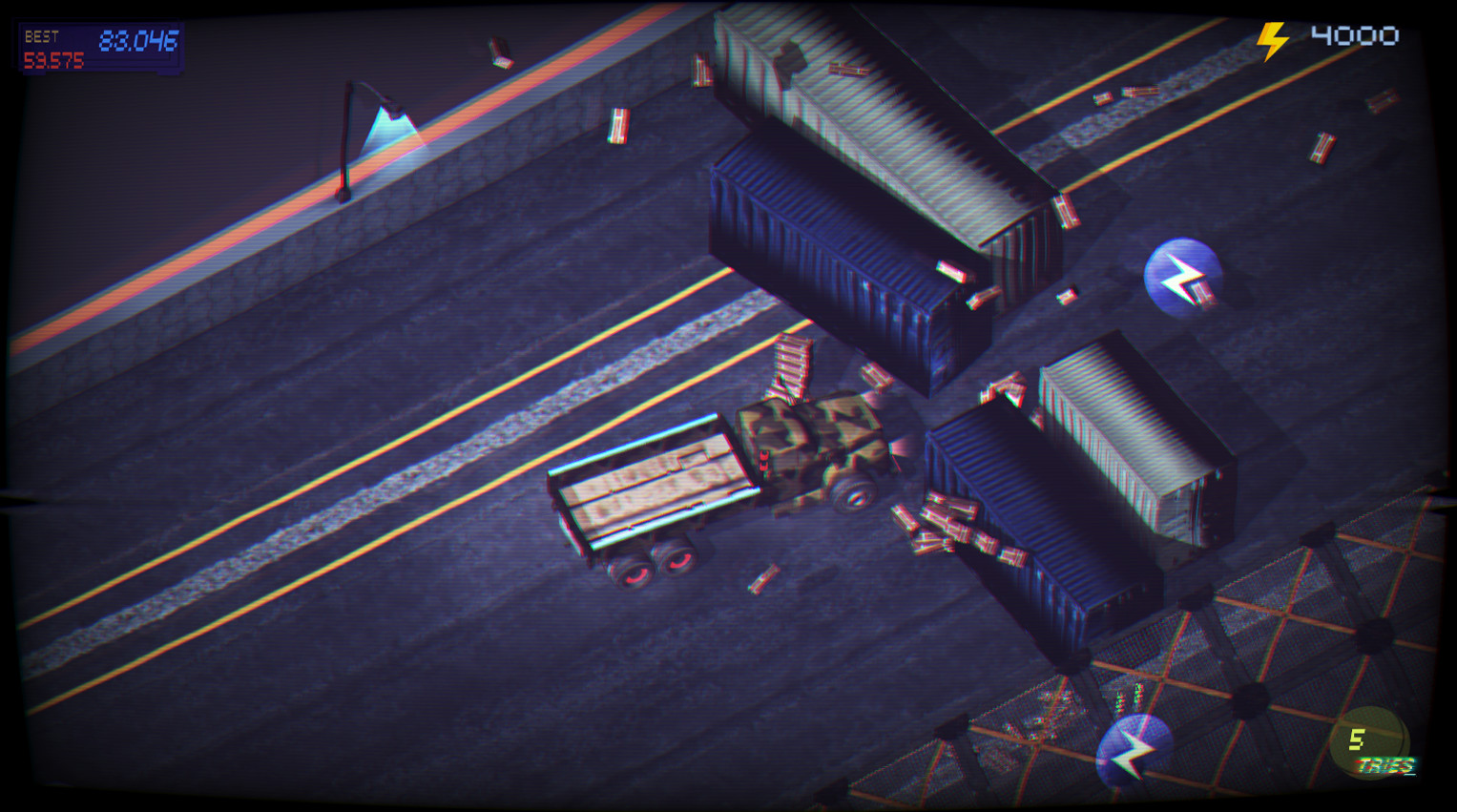 The dev team’s debut on Steam is thus more tolerable when you consider the price tag and the presence of Achievements (few but hard to obtain) and Trading Cards. It’s not meant to be taken seriously and actually expects you to rage quit. No PC peripherals were harmed in the making of this review or previous play testing period, since that is beneath me. Still, you’d better be patient in Try Hard Parking or you won’t resist the urge to uninstall it.

It is because of its self-aware sense of parody that I decided to recommend this title. It even allows you to switch the current music track if you ever try to blame that on your constant in-game failures. So I really dig the retro look and sounds and I can’t complain. A title which will surely run maxed-out on nearly all systems since it’s Unity 5 standard fare in the end. I will, however, pick on the complete lack of a natural progression, learning curve, call it what you will. This game throws you in the middle of the action without even a proper tutorial. On the options page you have a picture with the unbindable controls and a few meager tips which serve as much purpose as a “Good luck!”. And you’ll definitely need it since skill isn’t that important when the vehicles behave in an unpredictable manner. 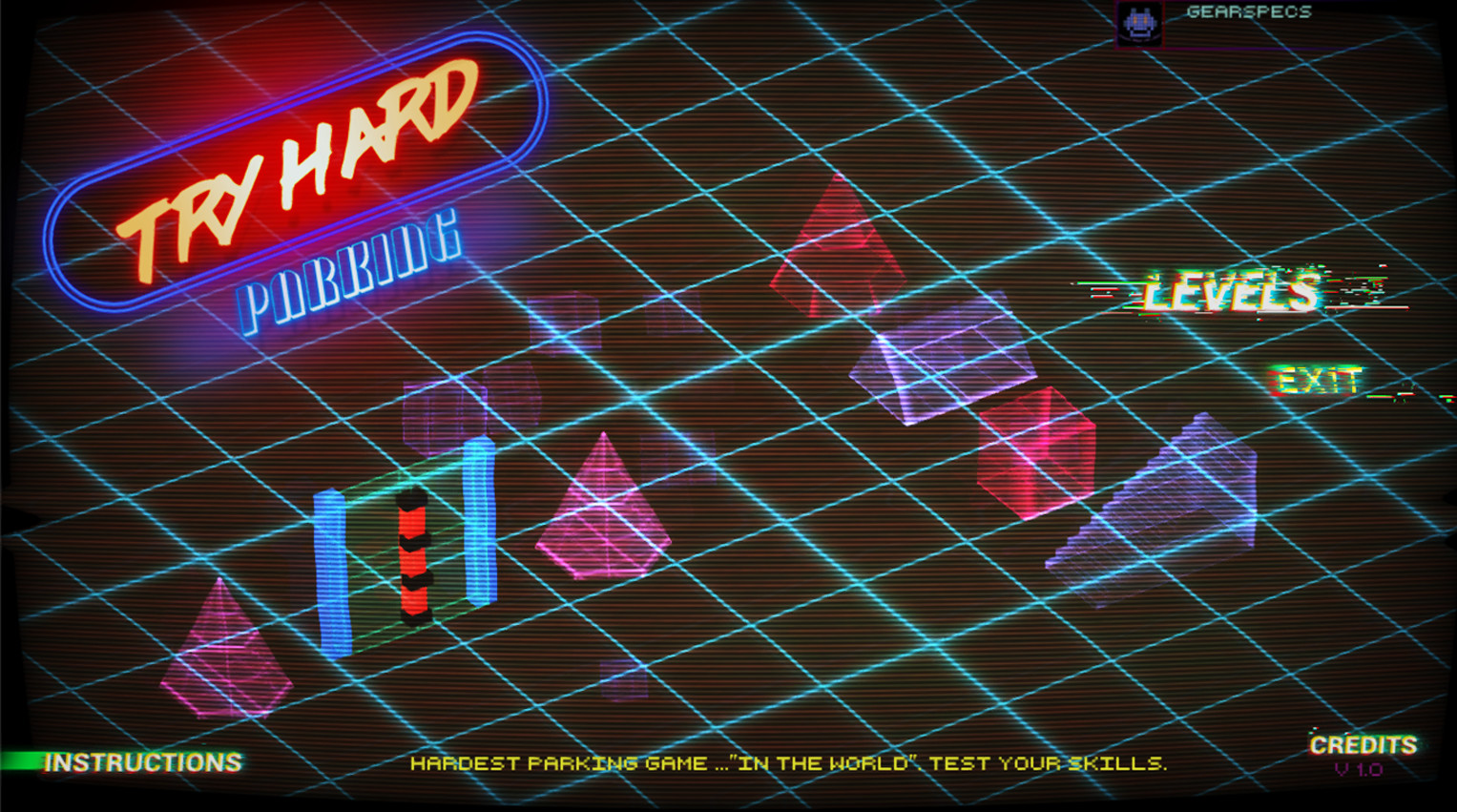 I guess there is a niche and even demand for arcade games which test patience more than reflexes. While not particularly expensive, you might choose to add this game to your collection when you find it bundled. However, if you truly wish to support the dev team, purchase it from Steam directly and steer its creators towards new projects which will hopefully be less difficult just for the sake of it. I declare it case closed but not for lack of evidence. Try Hard Parking showed me all it has to offer and I find it guilty. But then I set it free so it can drive others off those pesky neon-lit ledges. And watch them fail. A lot.

– Frustratingly difficult at all times.
– No tutorial and a steep learning curve.