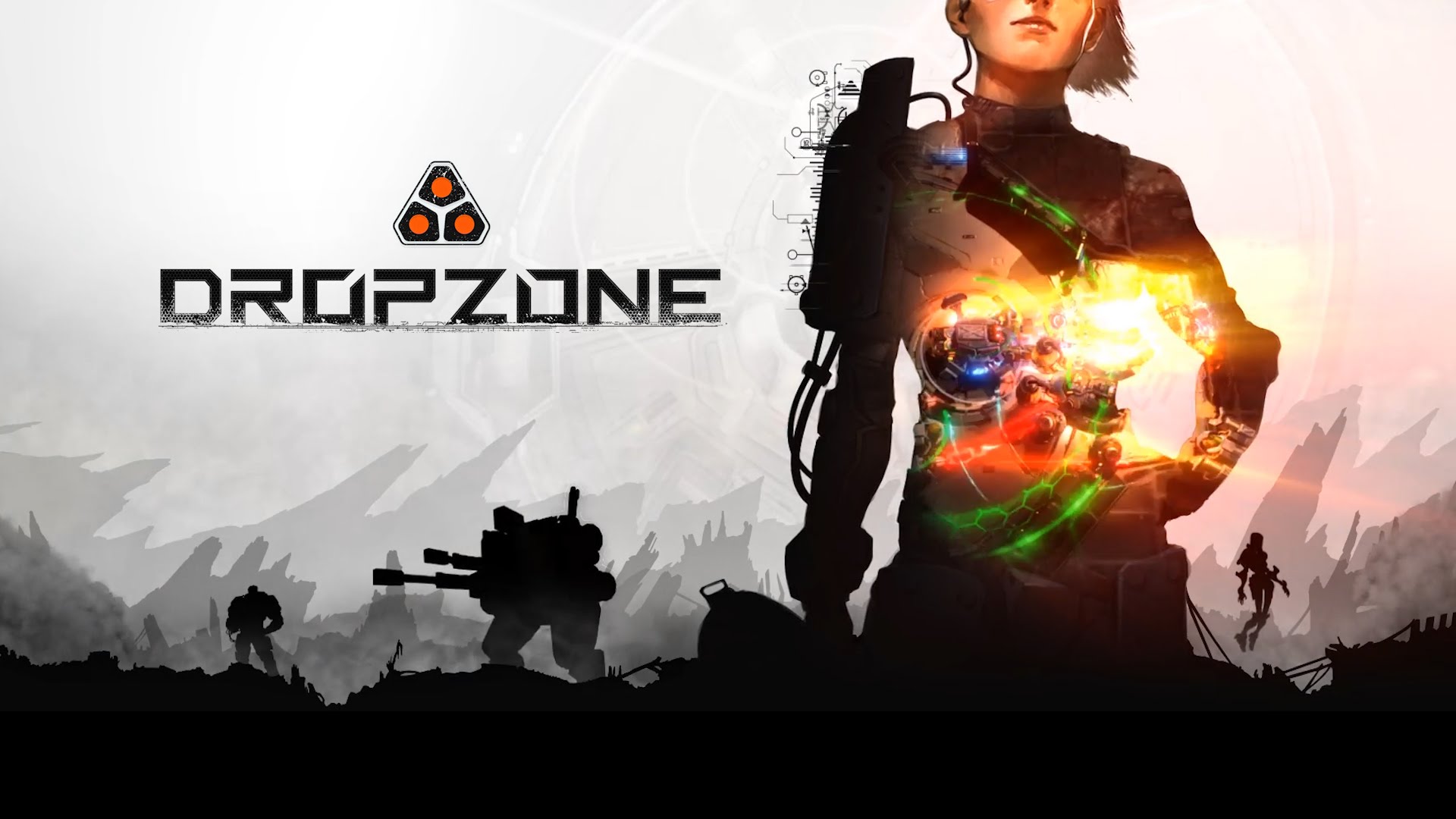 Dropzone has made it to open beta after spending the last six months in closed beta status. With this new stage in development, Sparkypants Studios decided to bring their MOBA style strategy game to Early Access as they creep closer to the inevitable release. It has been a long time since I felt any kind of enjoyment playing a MOBA style game, but this attraction is crippled due to a couple of issues that sour the relationship. 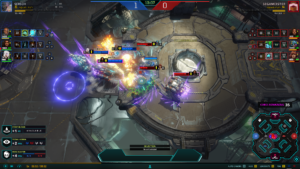 The look of the mechs are well designed with a great aesthetic appeal and some beautiful texture work for the environments right down to the particle effects used for special attacks. The music selection, while limited, helps maintain the very tense atmosphere utilizing synth beats and plenty of brass/string instruments. They lend to create a believable sci-fi setting, which is further aided by solid voice work. I also want to give a shout out to whoever drew the mode selection menu tabs.

Matches are limited to a 15 minute timer with the primary objective being the collection of cores. Both teams can engage each other in combat, level up by killing the Kavash (aliens that infested Europa), and kill bosses that provide game changing damage buffs. All that matters is the collection and uploading of the cores, which are gathered by killing the Kavash hives or by completing one of three bonus objectives. These objectives range from being the first to activate all four vision sights, being first to kill 3 bosses or getting the first kill in rig combat. The bonus objectives provide a necessary counter to core collection and it has already been the deciding factor in three matches I witnessed going into overtime. This leads on to the main difference Dropzone offers in terms of game-play: strategic placement. 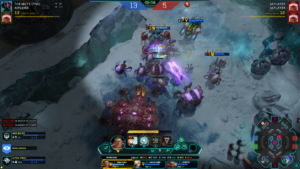 As soon as the landing craft docks to the arena, the player should already be splitting off their team. Every second is critical and any idle pilot can spell defeat later on in the match. Kavash have multiple spawn points and while two are killing a hive, the third pilot can be off depositing a core or beginning the assault on another hive. All experience enters a pool so pilots do not need to be nearby to benefit from anything special. Certain strategies can even have a pilot mass deploying turrets on the core up-link or flanking the enemy side to steal experience from further Kavash hives. It is the kind of scenario were avoiding enemy team combat is a plus, unless it is absolutely necessary. It is a strange condition were the player doesn’t have much to actually manage, but plenty to do in such a small time frame. This is why every match is more stressful than enjoyable, but similar to Rainbow Six: Siege and Battlerite in terms of fun.

Unlike most MOBAs that rely on the participation of 5 players using a single hero, Dropzone changes things up by focusing on 1v1 and 2v2 matches with each player commanding a squad of three pilots. There is still a class structure in play with the usual tank, damage (gunner/summoner) and healing (mechanic), but thankfully the player isn’t restricted to their selection. Three tanks could be deployed, two damage and a healer or even three healers if the player is bold enough to attempt it. Each of the 12 current pilots have a special passive and a unique ultimate, but due to the equipment system, core abilities and basic passives can be used on any pilot as long as they are in the class the equipment is appointed too. 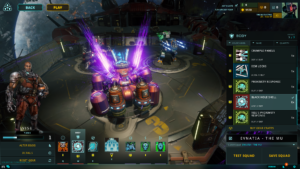 Equipment ranges from weapons that change the way a pilot auto-attacks, body adjustments providing buffs or area of effect attacks, a utility slot and three passives. In order to use any of it, however, the player must meet the minimal level requirement during a match. By defeating the Kavash, upgrade tokens are rewarding and can be given to any of the three pilots. Once enough levels are granted to a pilot, their equipment is unlocked to provide the player with the gear’s abilities. This makes the choice of using higher level equipment a factor due to the limited amount of time each match plays out and the expected number of tokens that can be farmed within the time limit. Higher level pilots also suffer from a longer revival timer when they are killed, which can be detrimental in any situation. The revival timer does feel a bit long in duration to the total match time, but it is a proper method to help balance the risks of pushing a single hero to five so early in a game.

The map selection is one of the few major downsides to the game right now, especially with it being in beta. There are two maps for 1v1 play, one map for 2v2 and a single map for infestation mode (similar to a Horde mode). I would have expected to see a couple more given their size and the potential for rhythm stagnation in strategic play. The user interface is clean for the most part, but the camera is unfortunately fixed to a small portion of the map (by design I am sure). While building and customizing pilots, the game offers a way to see how each pilot would work in a small testing ground with complete control over character level and hive strength as too avoid wasting the player’s time manually doing it. Micro-transactions once again rear their ugly head, this time with crates that contain equipment pieces (roughly $2.32 per crate). Thankfully, the crates can be bought with in-game currency as well as crafted with blueprints earned as the player levels up. 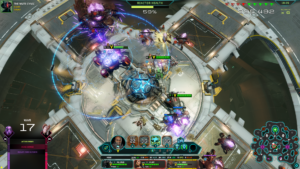 The time in alpha must have been well spent, because the game runs very smoothly. I had a few cases of stuttering during a match or two, but outside of this the general frame rate stuck at 60 for me. Crashes have not been experienced, but I did have a few issues with loading into the game. There is one problem I have run into that needs to be addressed. The server has an occasional hiccup and disconnected me from about six matches I was just about to enter. The teams would be displayed along with the game’s objectives, only to return to the main menu with the disconnect window. This wouldn’t be as big an issue if the queue times were manageable, but waiting five to twenty minutes just to be pushed out is highly disheartening.

Dropzone has hit the ground running with this Early Access release and offers plenty of opportunities to learn, grow and conquer as a pilot squad leader. The addition of a decent tutorial, the ability to watch past matches and the chance to jump in to watch current matches provided plenty of opportunities to help educate as well as inspire new pilot rig combinations and team layouts. Custom matches and Versus matches also allow proper methods to join games against AI opponents or friends, giving the perfect environment to hone skill. Unfortunately, the issue with disconnecting (especially with the rate it happened to me in Quick Match) makes waiting around seem worse when coupled with the small player base. Regardless, it makes a good first impression and offers a different take on the MOBA formula, assuming the player is willing to overlook the $20 entry fee.