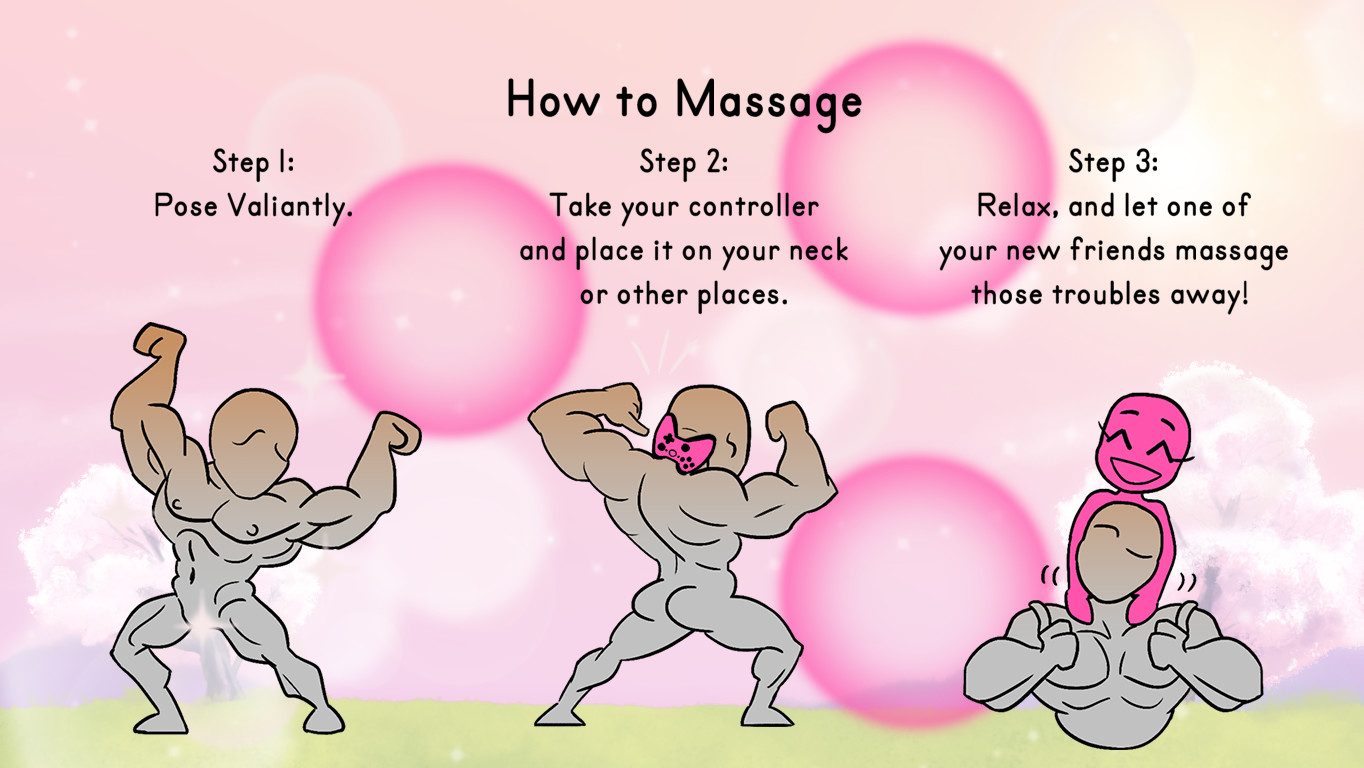 Mr. Massagy is a dating sim that rewards your romantic skills with a massage administered through your connected controller.

You read that correctly.

The dates themselves and the conversations you’ll hold with them are equally as strange as the concept.

This game is weird.

If you’re familiar with the Tinder app (and don’t lie because we’ve all been there for one reason or another), you’ll be right at home with the game’s main hub. 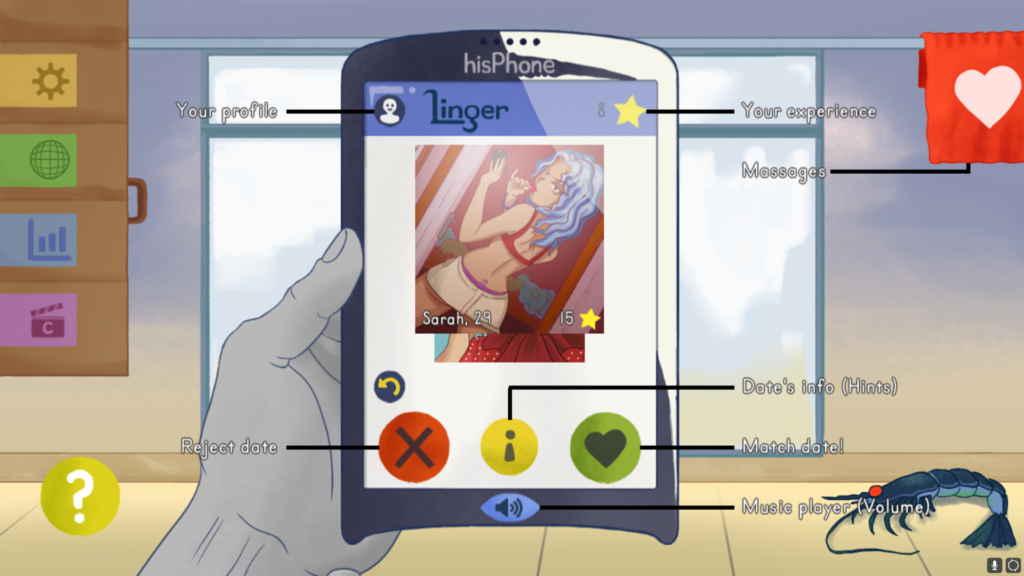 You’re free to “swipe left” at will and approach the girl that interests you the most. So long as you have enough experience stars. Star are awarded by successfully completing dates.

You start the game with 0 stars, meaning that you’re required to date the first girl, Rial, AKA Tuto.

Tuto is likely the more normal of the dates you’ll match up with on Linger… which isn’t saying much.

Dates consist of conversation between you and your date with the occasional dialogue option on your part. You’re tasked with choosing the best one to impress your would-be sweetheart. Kind of like real life, I guess. The Linger app provides you with a hint as to what your date is into, but sometimes you’ll have to do a bit more digging to find out what really floats her boat.

You can tell you’re on the right track thanks to the “Massagy X” prompt that comes upon a good decision. 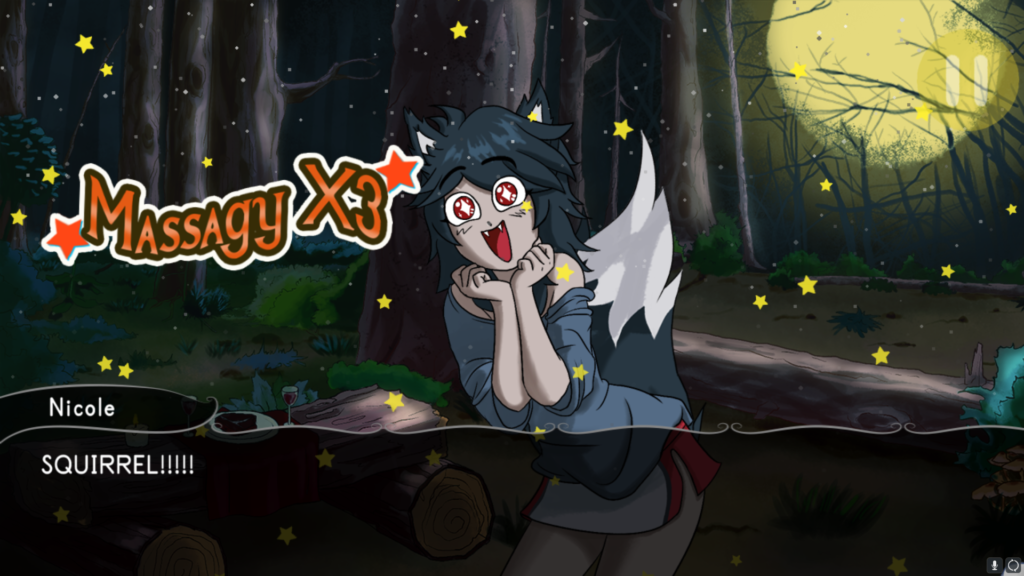 Dates can be replayed as many times as you’d like (so after discovering something new, feel free to take a shot at getting all three hearts) and have different outcomes based on which dialogue options you choose. Specific paths also yield collectibles that appear in your room, which is a nice touch, but doesn’t affect anything.

After your date, you are given a score out of 3 stars. The requirements for each is unclear, so if you get less than 3 stars you’ll just have to keep at it until you figure out the right combination. 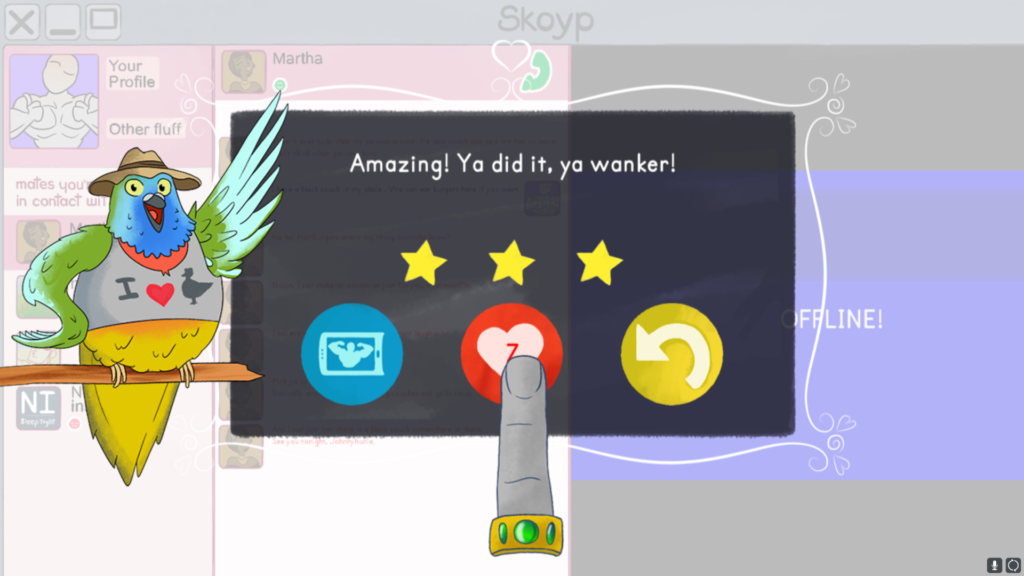 Dates, though outlandish and amusing, are ultimately quite short. If you choose the wrong dialogue option they can last as little as 30 seconds. This may happen when you least expect it. Unfortunately, because sometimes none of the options available seem right based on what you know about your date, you can get into hot water by selecting something seemingly harmless.

This forces you to play the date again from the beginning.

Substance is ultimately where Mr. Massagy fails. Even if you play through to get 100% of the achievements, it will still only take you two or three hours to see everything the game has to offer. This includes the series of achievements that inflate your game time by 20 minutes worth of massages. The “pile of things” you can collect from each date are a cool feature as well, but ultimately won’t stretch your game time much further.

This is a fun and entertaining title, but unless the price gets cut in half or the developer adds several more dates, I don’t think it’s worth the cost of admission. Still, as far as dating sims go, this one was wonky and just the right amount of out there.

I’ve got some gameplay right here if you’re curious.

Stay in the know, gamers!