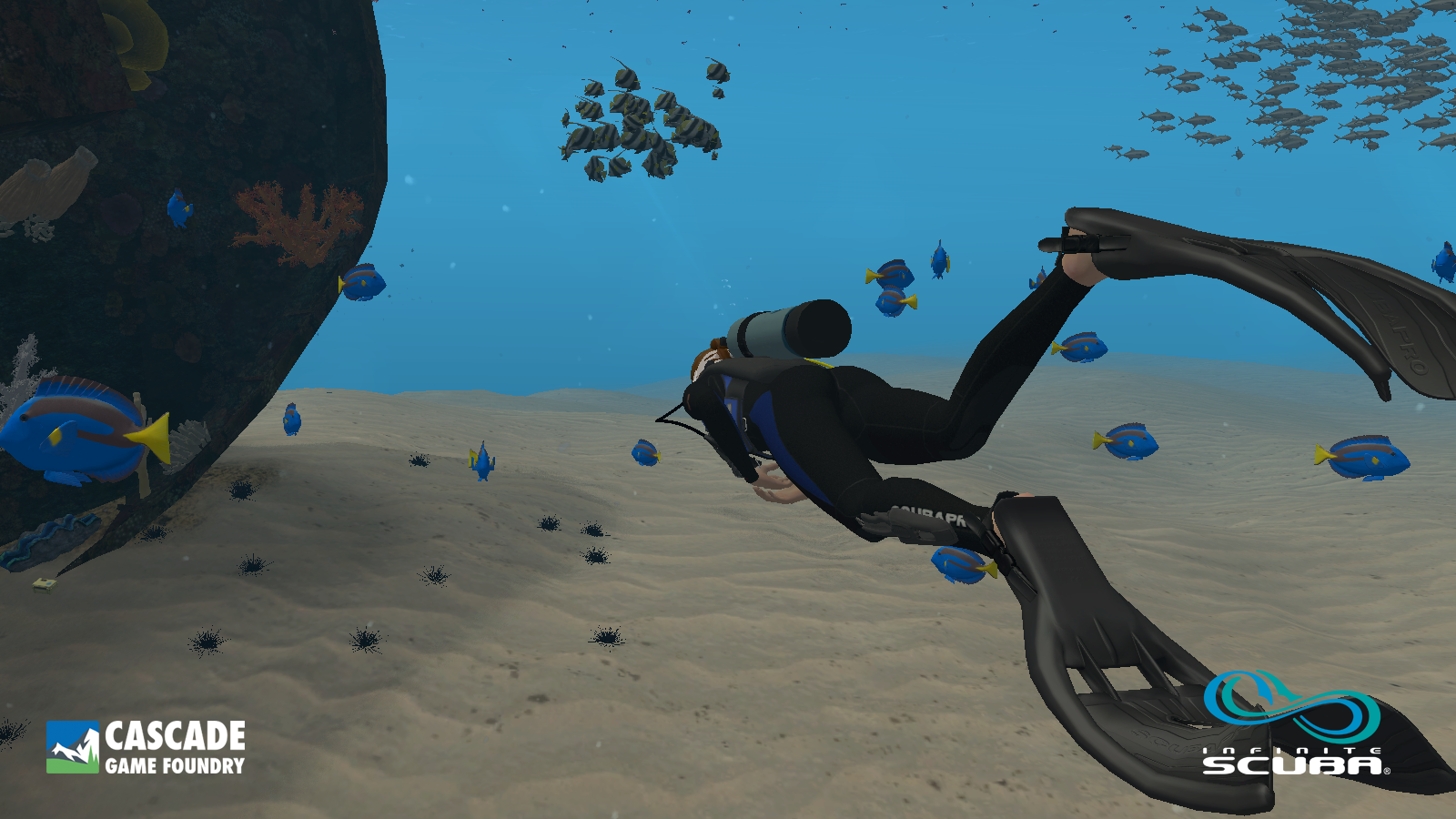 A 3D diving sim which represents indie greed more than anything else. Thin on content and overpriced, the introduction of microtransactions to a singleplayer title is just rotten icing on the cake.

General Impression
For a game that’s priced almost as much as its subgenre competitors (ABZÛ, Depth Hunter 2 and World of Diving), Infinite Scuba doesn’t have nearly as much content or polished details to compare itself or even stand out. Not to mention the chance of softening the blow from the premature implementation of microtransactions in an Early Access title that is obviously far from completion. The game’s developer made some amateurish mistakes which I will describe in detail below. 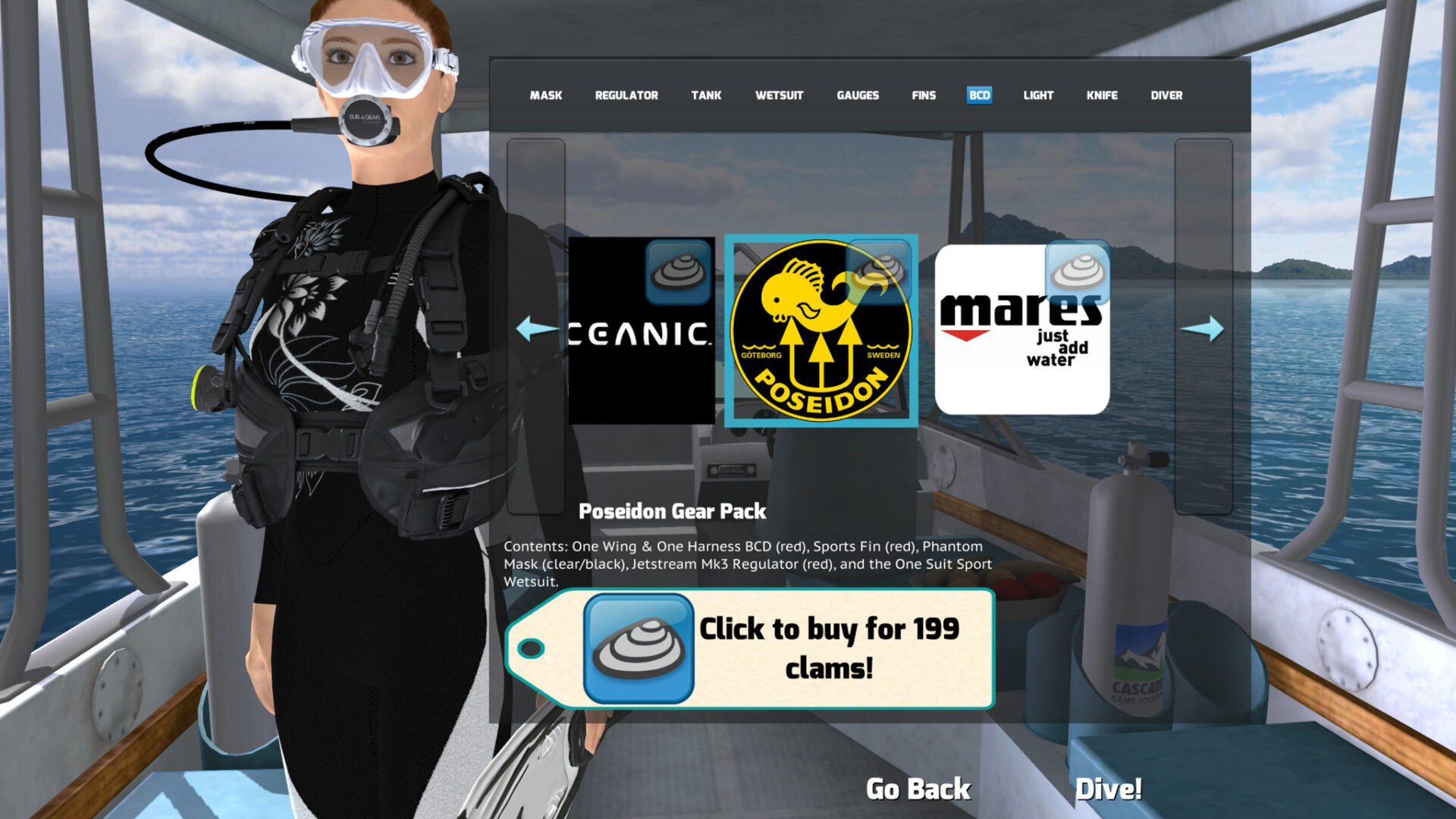 First and foremost among Infinite Scuba’s many sins has to be the lack of proper diversity as far as the diving locations are concerned. You just have two such places and in a twisted sense of irony, one level has to be unlocked with “clams” (the game’s idea of currency). So indeed, you can visit just one stage if you choose to spend your initial and so far only amount of 500 clams on diving equipment instead of unlocking the Mesoamerican Reef level. Naturally, I had to make the only smart choice available in this case and I unlocked 50% more “content”. You cannot gain these pesky clams in any way during gameplay. So I think we can either expect the developer to proceed with his intention of selling the in-game currency at real world money value or take the decent way out of this mess and at least offer a way of gathering some of the clams through the activities you perform as a diver. But they probably won’t do that since the prospect of earning even more cash than the game’s price tag is too enticing to pass up, right? Bravo, gentlemen! 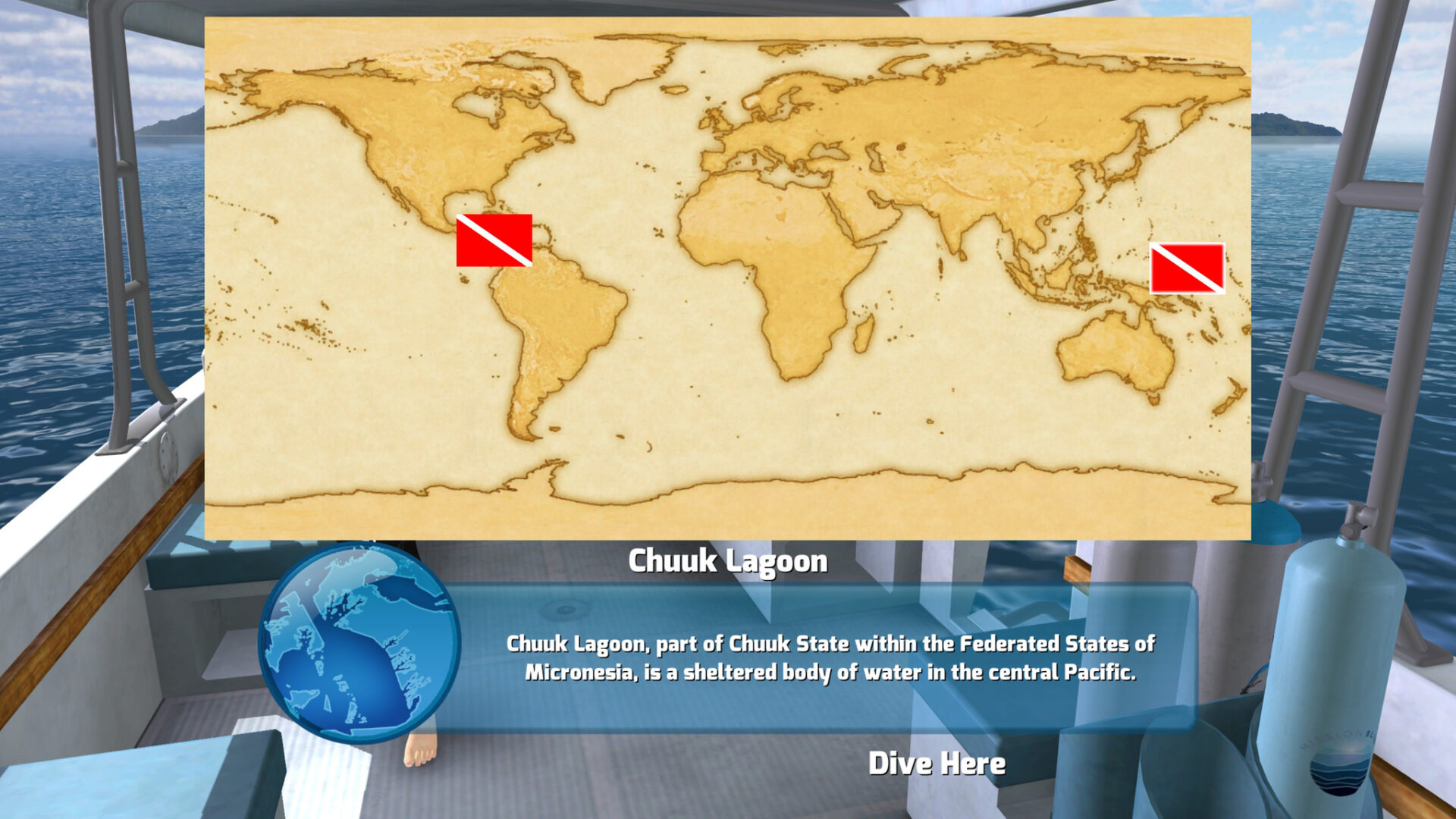 While the Belize level offers just the opportunity to explore a large coral reef, the game’s main location is the Chuuk Lagoon from Micronesia where you can delve into an actual historic shipwreck. Sadly, the Gosei Maru cannot be examined as thoroughly as you’d expect since Infinite Scuba’s interior exploration hasn’t been implemented yet. Just like its wonderful clam gesheft! So, you may ask, just what exactly CAN you do in this simulator? Well dive, of course. I have to admit that the diving mechanics themselves as well as the information provided (and a pleasant amount of trivia also) gave the impression that the game tries to take itself seriously enough even if it ultimately fails. 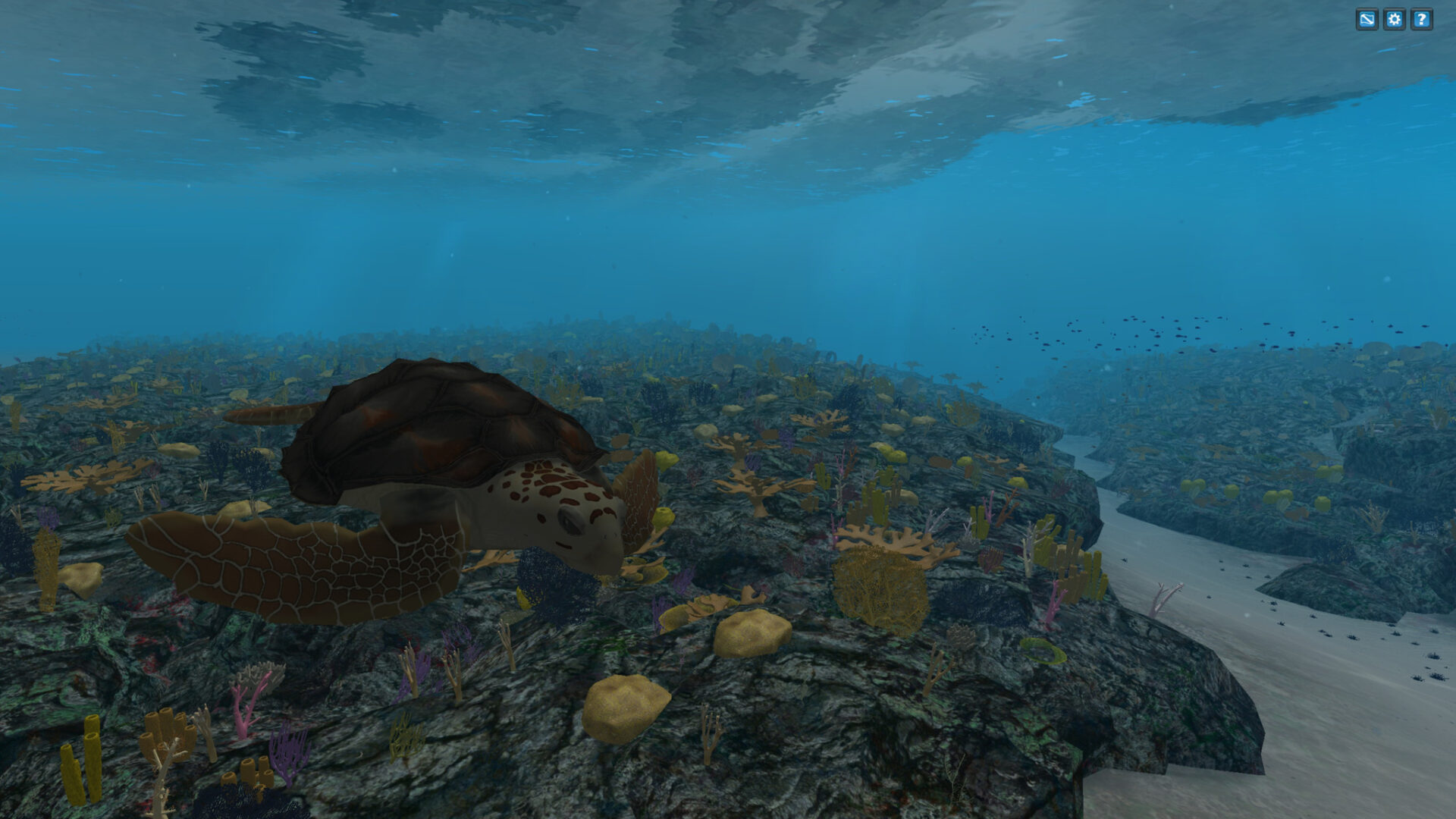 Honestly, I really gave it a fair chance and took nearly a dozen dives. It’s unfortunate that they have to last so little (not even 10 minutes per single dive) and the oxygen tanks seem to have the capacity of a plastic bag. If you don’t move a lot and your depth is just a few meters from the surface, I guess you could prolong the underwater trip but what’s the point of standing still, in a simulator about sea floor exploration? Infinite Scuba actually marked some of my dives as “unsuccessful” since I had less than 500 oxygen units left in the tank by the time I resurfaced. You start all your dives with 3000 units which rapidly decrease if you swim below 30 meters. The grinding required in order to complete all your tasks cannot be estimated at a number lower than 25 dives per location. Absurd. 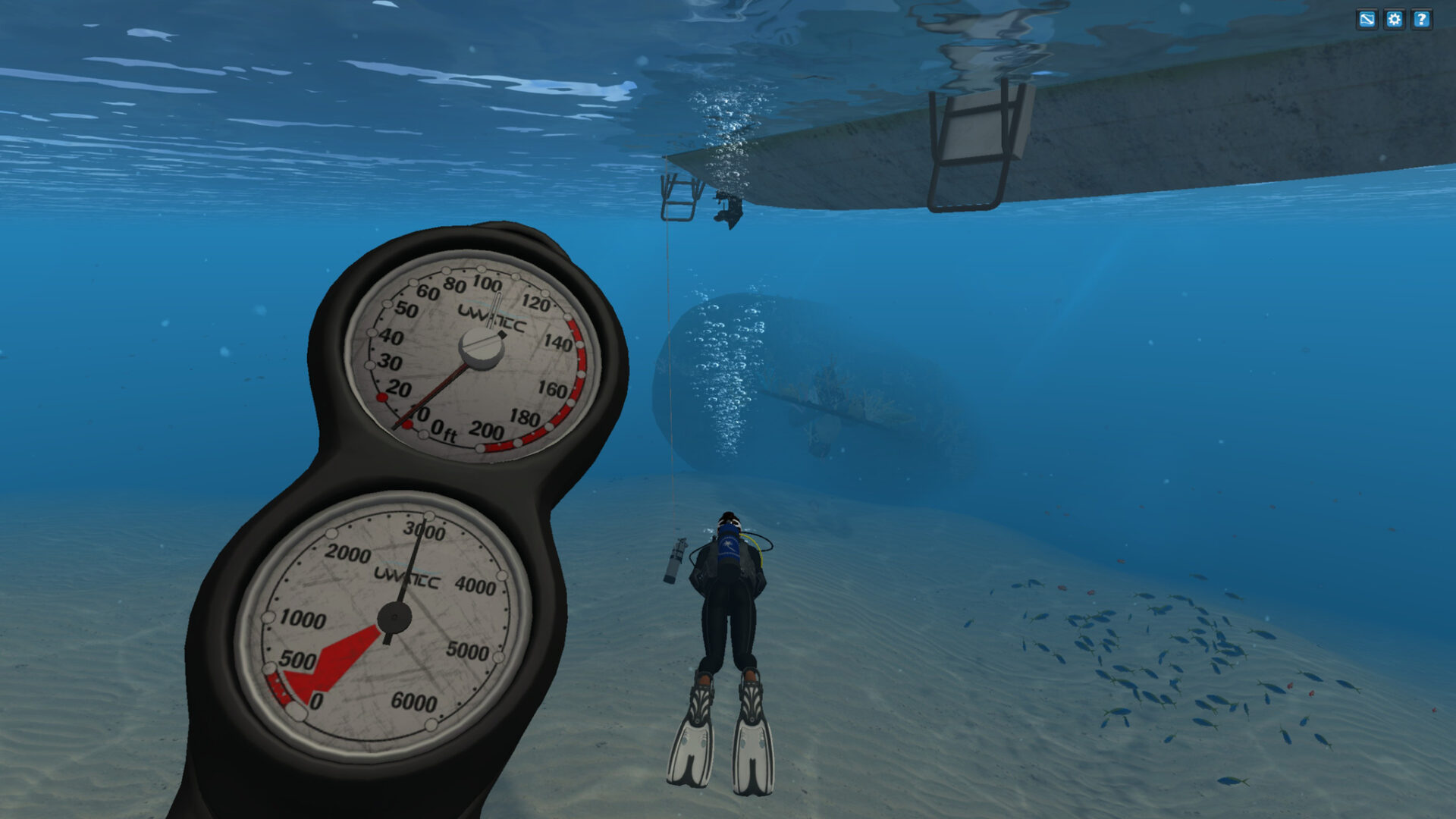 The wildlife is nicely detailed and simulated, though there is never enough variety when it comes to larger cartilaginous fish (such as rays and sharks). And I’m certain that no one would risk deep dives just for the sake of fifty different coral shapes and sizes. At least there are also objects scattered on the seabed for you to collect or catalog. You can take pictures of certain areas of interest on the shipwreck and get awarded with in-game achievements (which never result in actual Steam achievements or at least some wonderful clams to unlock new gear). 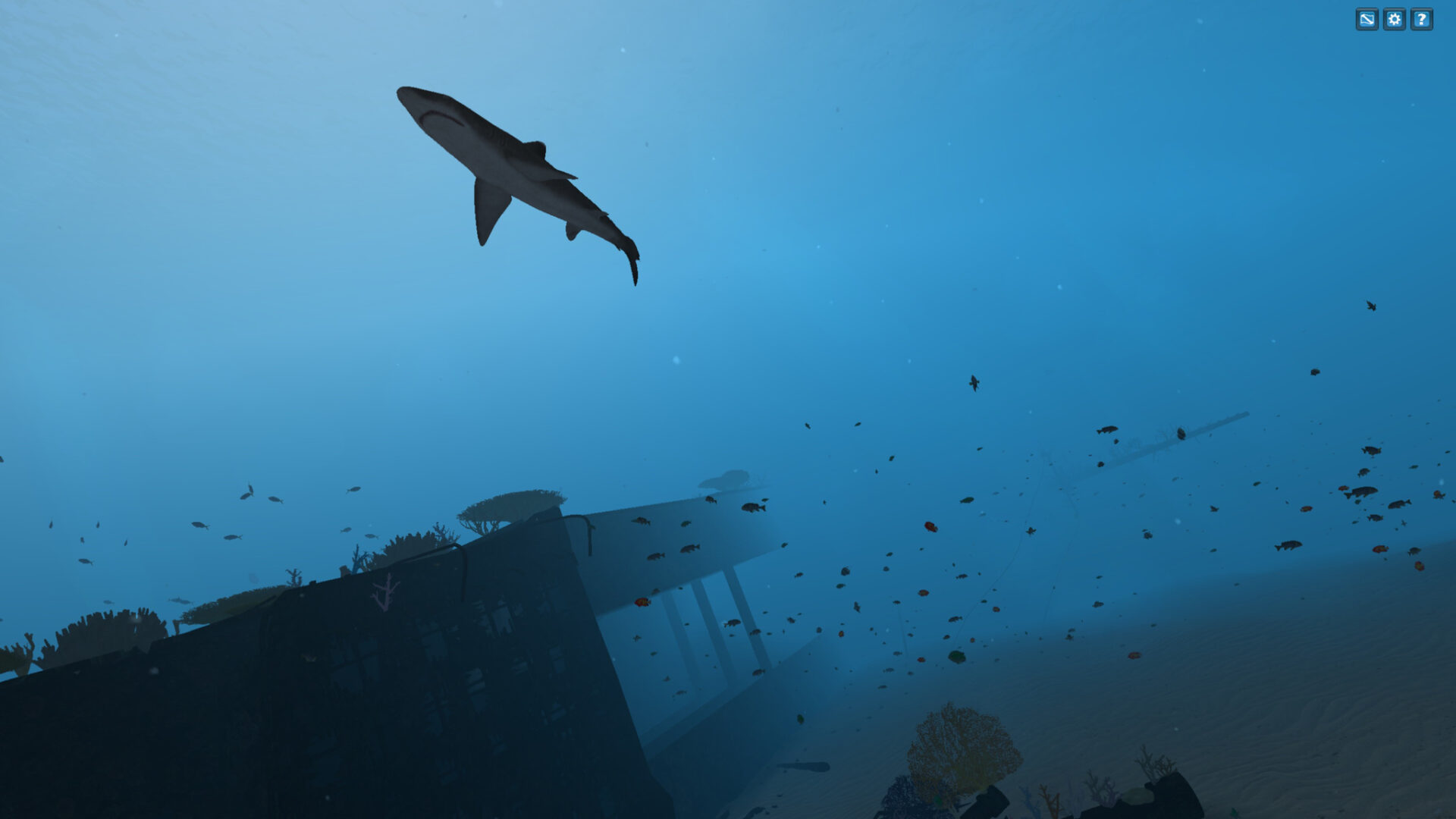 The simulation itself ain’t half-bad even with the mediocre oxygen tank capacity. You can enjoy the game and relax while swimming and exploring but I cannot tolerate this title’s particularly abhorrent form of microtransactions. A malicious practice to gaming in general, in Infinite Scuba this is only made worse since you can’t obtain the so-called clams through simply playing the game and thus there’s no real gain even from grinding the two areas (or just one, if you didn’t spend all the clams on the Belize level). This isn’t a reward system. Just pure greed! 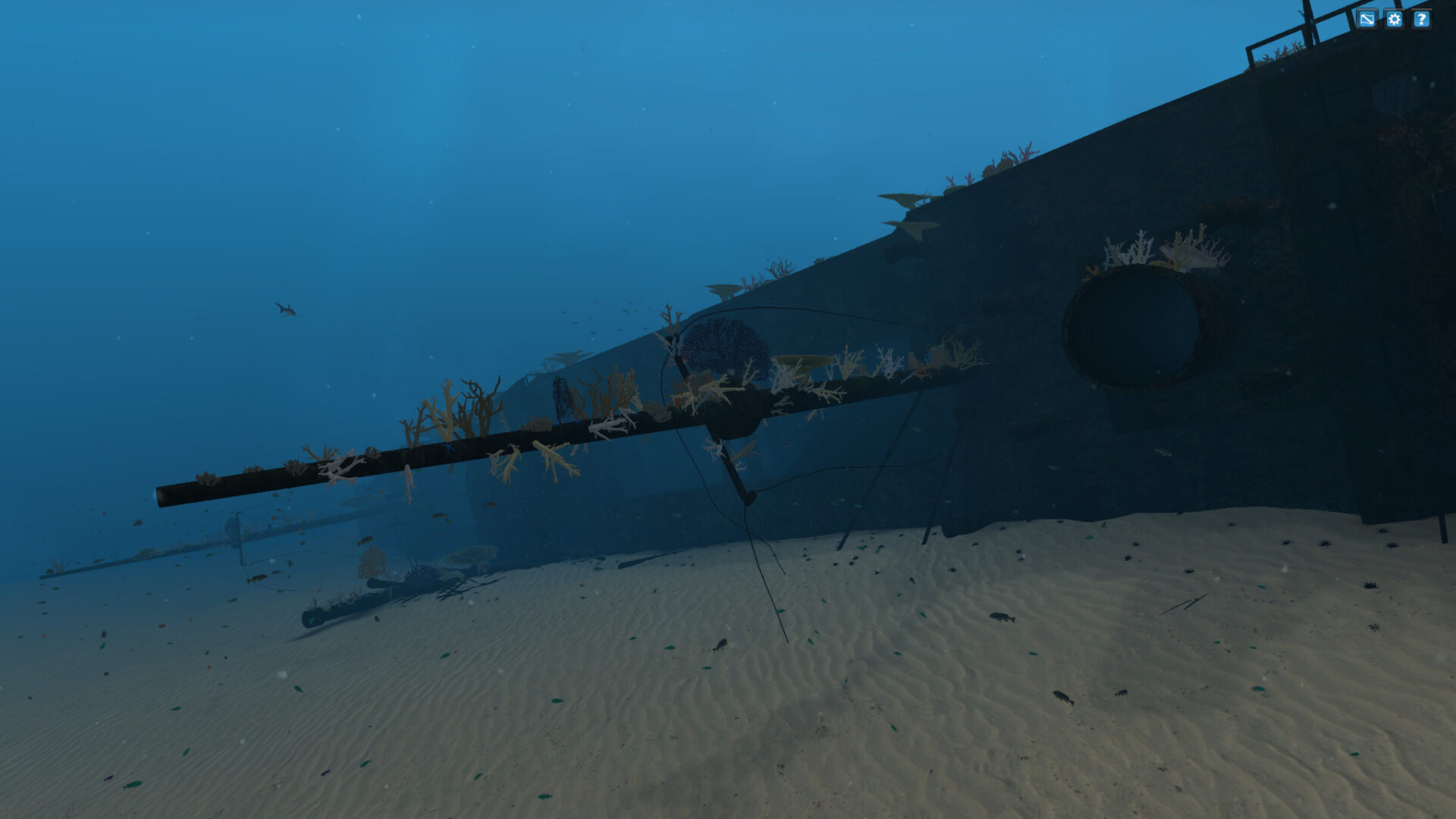 Weak Points
– Overpriced and with future implementation of microtransactions.
– Early Access with just two diving locations (one being initially locked until you “pay” for it).
– No Steam Trading Cards nor Achievements.

All the screenshots you see above have been taken by me in-game through the Steam Overlay.