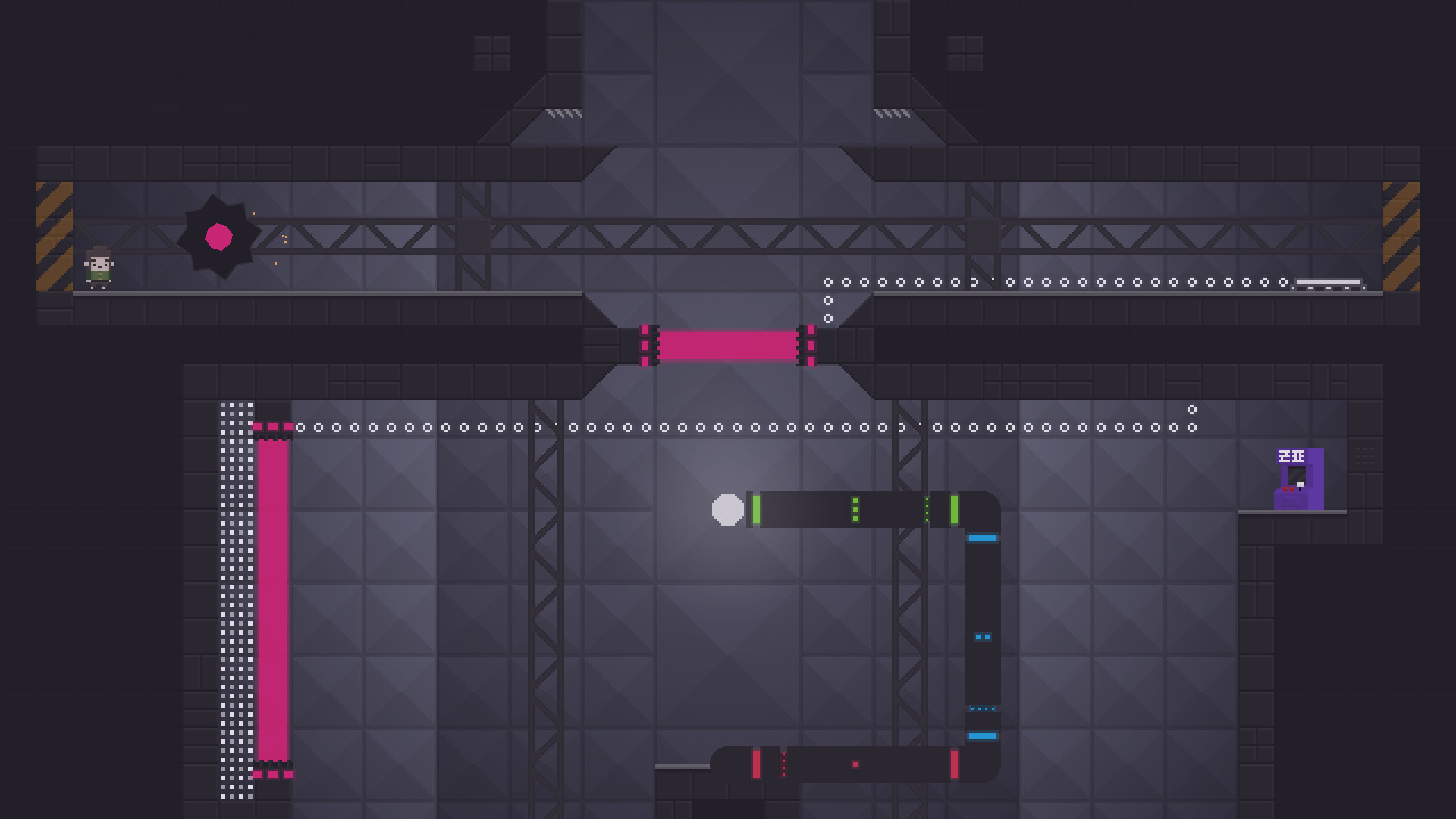 Pivot Pilot is a platformer / puzzle game mix, with some twists in the regular formula. The first thing about this game, is that the player will have to control not one, but two very different characters simultaneously in each level. The first character is your average platform game character, a square-ish, brown-haired, quite anonymous guy, while the other one is a very large segmented robotic arm with a light stick on the top of it. 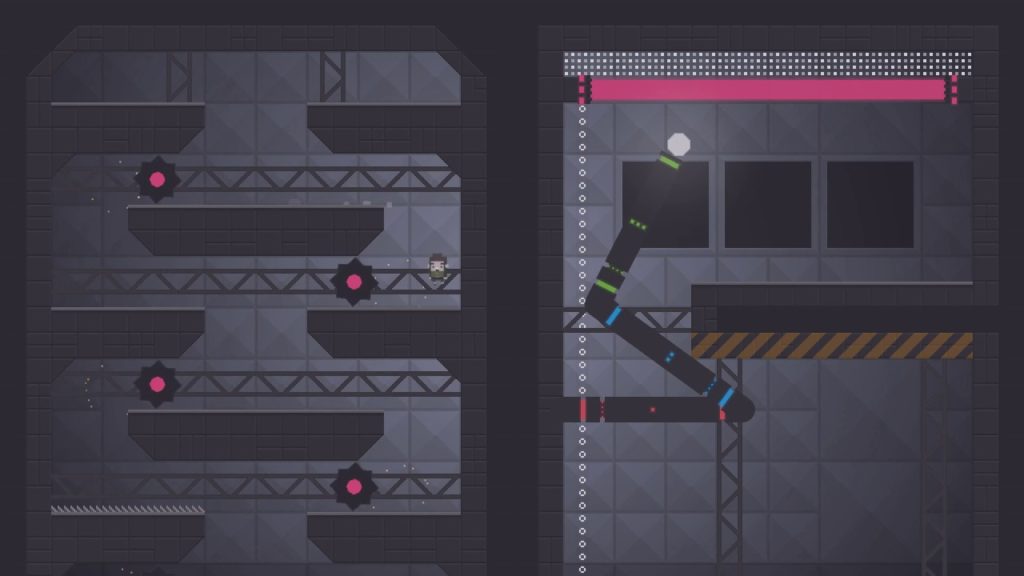 Let’s start talking about the gameplay, which is the real core factor about this title. As said before, the player will have to control the two characters at the same time to overcome various obstacles, ranging from laser barriers, to razor-sharp sawblades to automatic turrets and a bunch of other things i’ll leave you to discover. The control scheme for the human character is pretty much average, you got double jump, movement in all directions, and the ability to press buttons or interact with certain tools around the levels.

The robot arm is another matter: the arm is divided into three separate segments, each controlled by two keys, which will rotate it clockwise or counter-clockwise. Also, the human character will be able to jump onto the light bulb at the end of the robotic arm, and this will be the fundamental factor in almost all levels in order to progress. To finish a level, the light bulb, which is also the “brain” of the robot arm, must get inside a special “dotted” area of the map. The human character is not required to be there to complete a level. 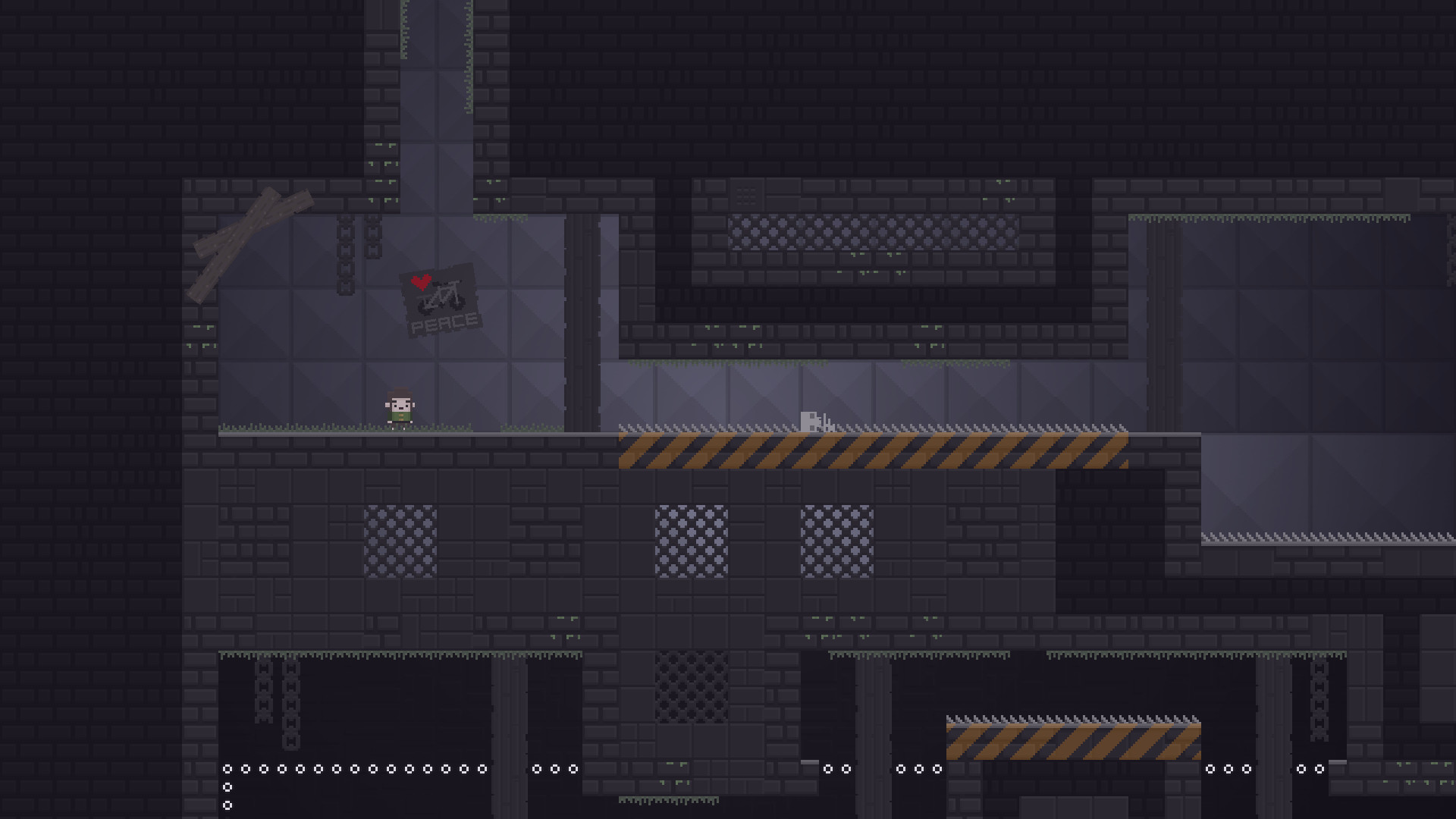 Not that also your mechanical companion can be killed, as its light bulb is very fragile and will shatter if hit by moving objects, or even if it just collides with any wall or platform. This factor, combined with the fact that, in more advanced levels, the player will have to act with both characters together in very precise and fast combo actions, where one mistake is level failure, makes this game a very tricky and difficult platformer, but capable of dishing out great satisfaction and give the players a fresh and quite innovative approach to this genre.

This title uses a very simple yet effective formula and tries to innovate the classic platform gameplay, that’s something not seen very often nowadays and is undoubtedly a plus, but it falls short when it comes to depth of gameplay, as the absence of character progressions of any kind, power-ups and a more varied plethora of obstacles might become a bit boring for the more demanding players which will not set for simple gameplay formulas. 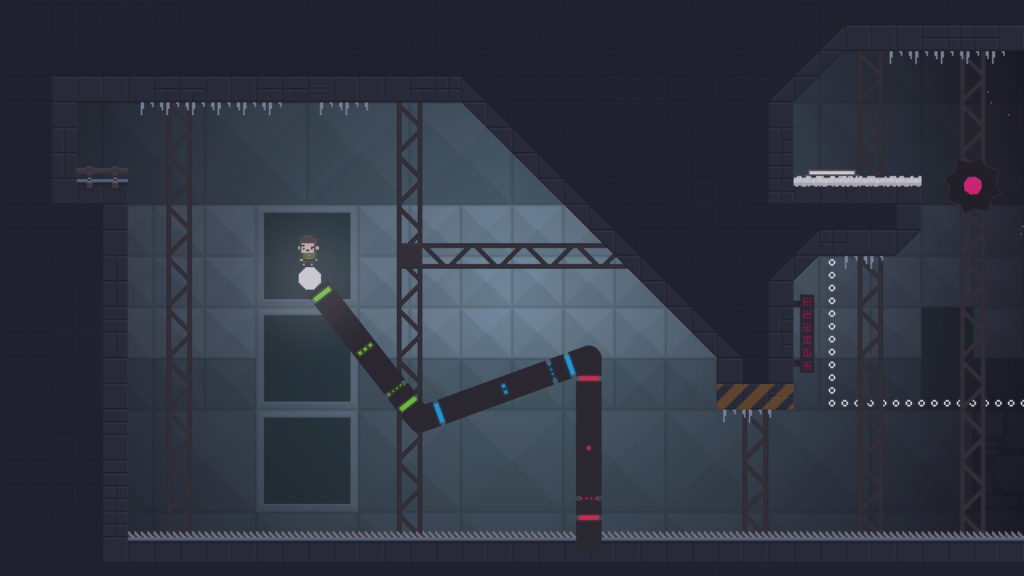 Technically speaking, the game does not really shine graphically, with quite basic sprite patterns, no shaded or advanced effects, basically zero graphical additional options, and often reused assets. The audio compartment is very retro and electronic themed, you may or many not like it, it suits well with the environment proposed by the game setting, but it will not please all the tastes, as the music might be annoying for some players.

There are no major or even minor bugs in this title, the experience, as simple as it can be technically speaking, is well polished and there are no severe problems.

As for longevity, it really depends how much someone is used to difficult, multitasking platforms. To novices to the genre, it will take a lot of trial and error to complete levels, wile the experts may have an easier life in the first couple of stages, but also for them life will be very hard as the level complexity rises, and believe me it will become very very hard in the later stages! 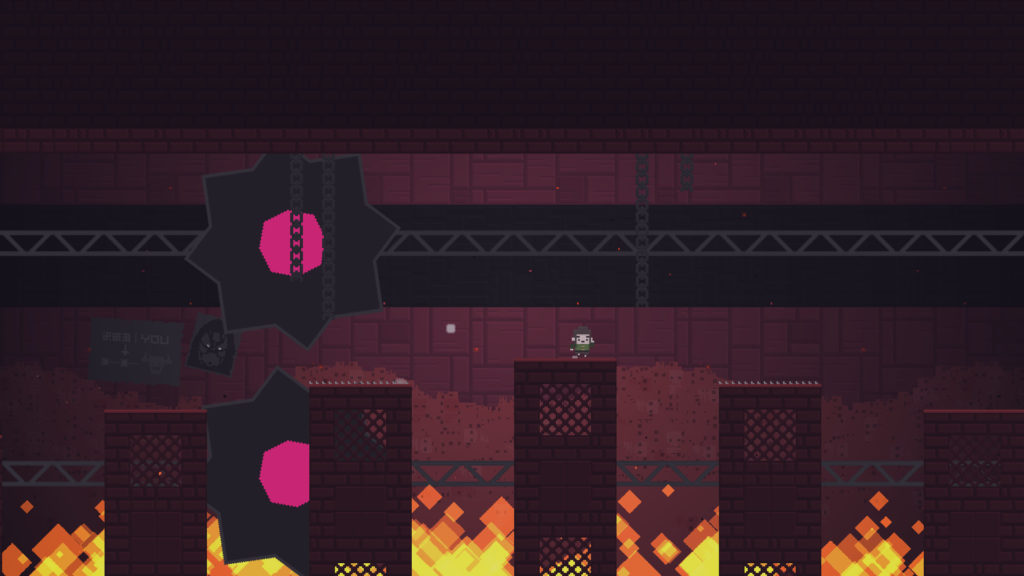 This is not your ordinary platformer, that’s for sure. If you are a platformer enthusiast or a seeker of challenge, this is a game we surely recommend for you, and while it is a quite refreshing variation to the gameplay often seen in this kind of titles, it is not something that will suit everyone, as the multitasking requirements of this title are a bit of an oddity and could possibly annoy the more “purist” kind of players or just people who like to keep things straight and simple.

Need a hand? We got an arm, a robot arm.