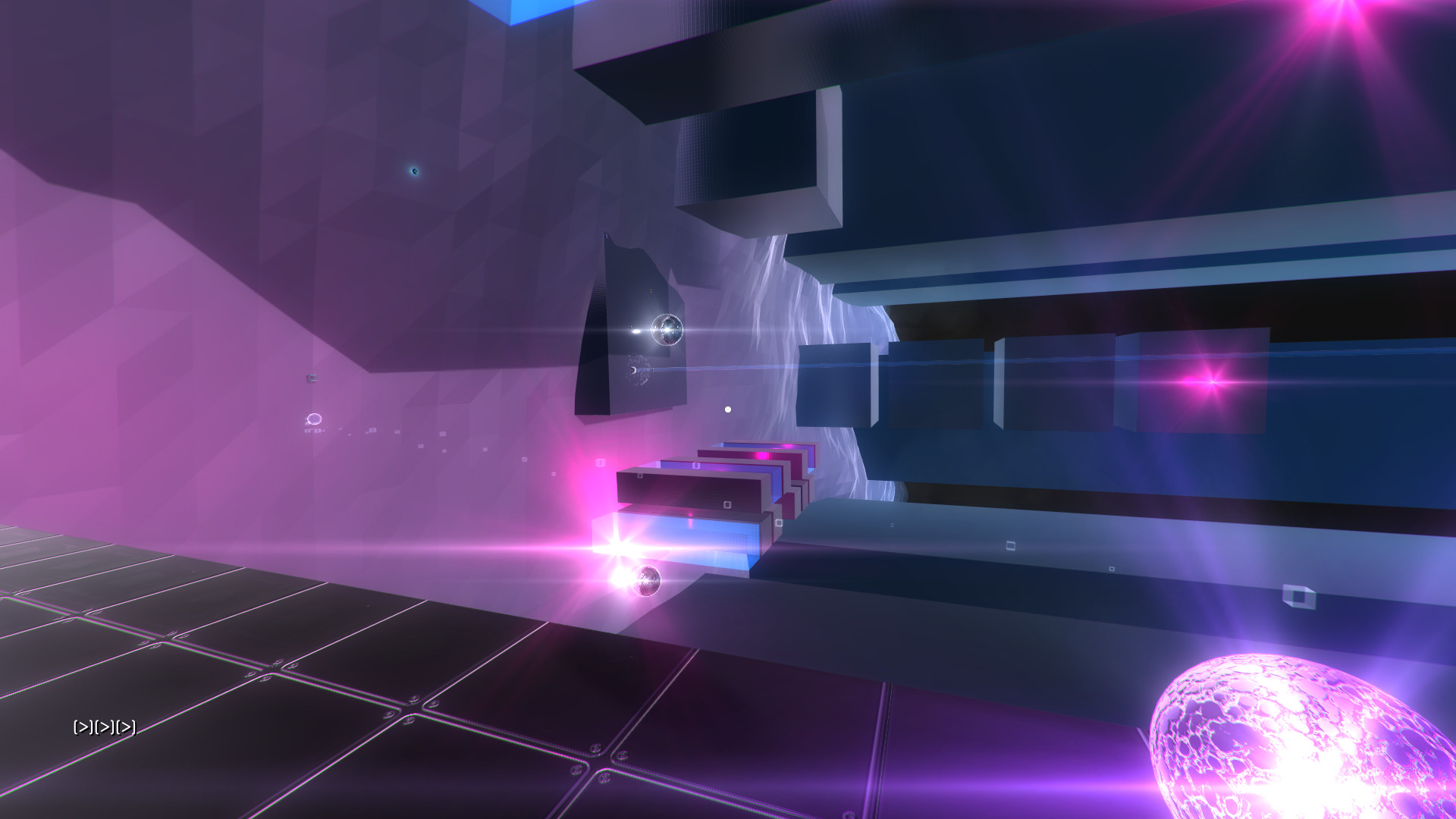 The Unity 5 Engine shows its potential once again, in the hands of a creative developer (at the start of his career, no less!) who manages to add another fine title to Steam’s growing collection of indie abstract games. CONSTRUCT has indeed a clearly defined gameplay design but the clever use of shapes and effects in motion do provide for an intriguing first person platforming experience that still manages to stand out. Officially described as “sci-fi”, I firmly believe that tag doesn’t do it justice the way “abstract” fits the bill. 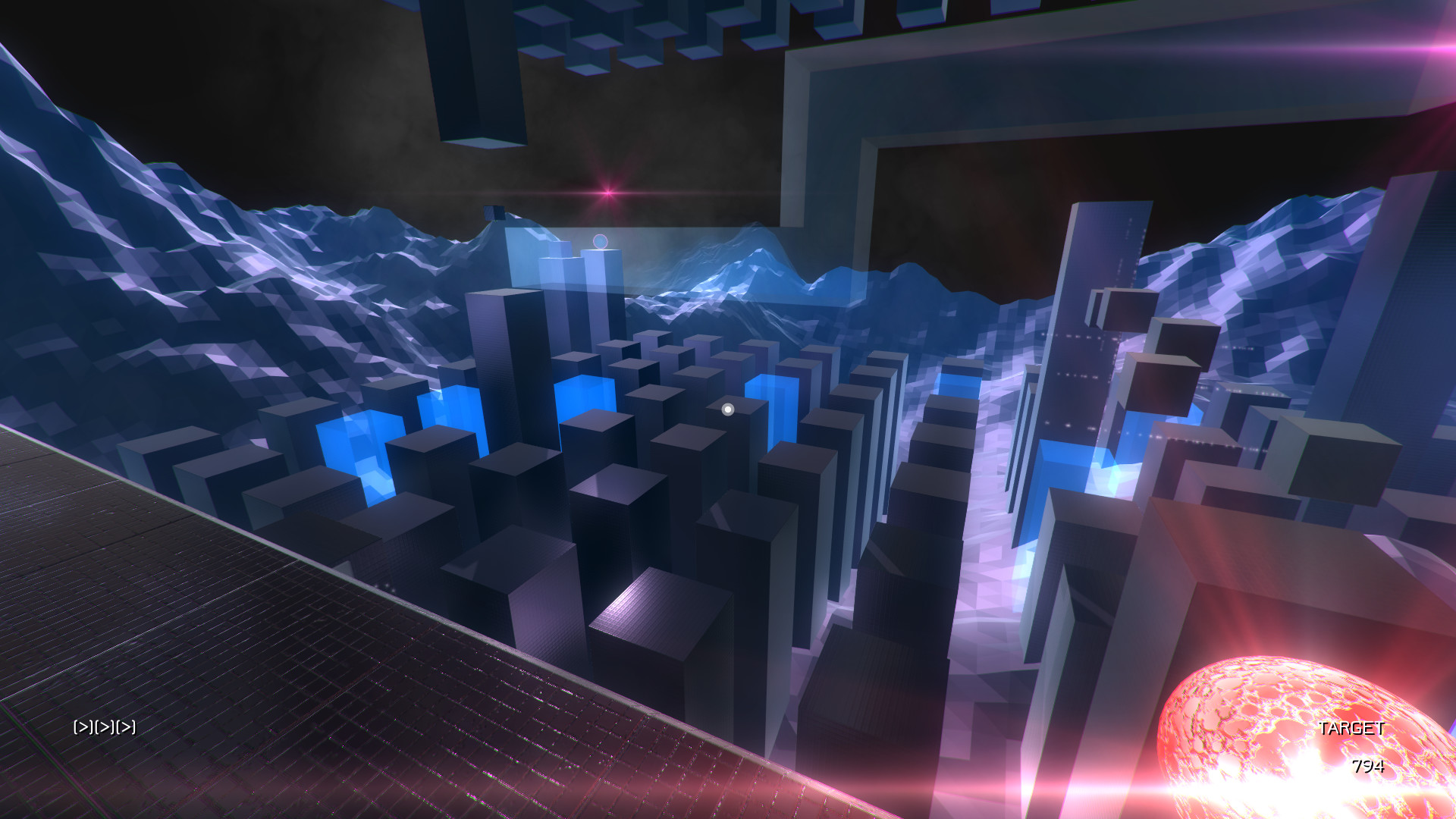 Divided into 4 Hubs, each with its own distinct theme, you will not get bored by this game at any point as long as you enjoy a more slow-paced approach to platforming. It is by no means as difficult as some similar titles I tried in the past, but still requires more patience than quick reflexes and that is fine by me. Taking in the sights will be combined with object-based puzzles that involve finding and using orbs to power up/light the next areas ready for exploration. Reaching them will not be much of a challenge, but the presence of gameplay upgrades does offer a sense of progression. It’s only natural that you jump higher and run faster as per level advancement. 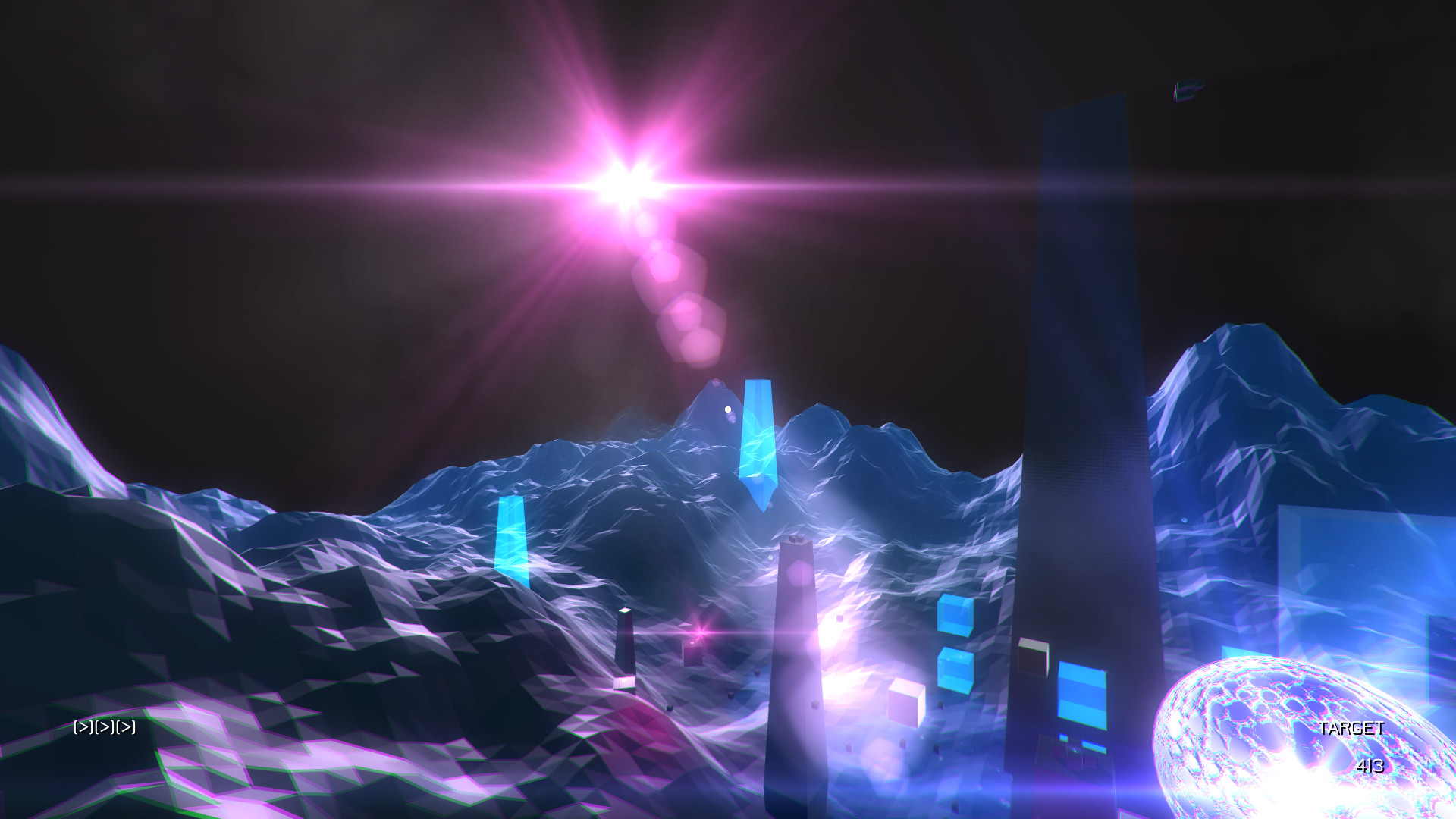 I absolutely love video games that both offer the chance and make it easy for me to take as many and diversified screenshots as I please. CONSTRUCT, perhaps initially for the sake of ensuring even more replay value, has integrated multiple visual filters such as Monochrome and Negative. You’re able to freely switch between these chromatic modes by just pausing the game and entering the Options tab. It goes without saying that as simple as this feature might sound, changing the color gamut on abstract objects and backgrounds does present the opportunity for some surreal screenshots, just to my liking. I would suggest the developer implement the option of hiding the entire User Interface, thus allowing users an even better chance at making fantastic wallpapers from their own game progress. I’m sure that in a future update this small but significant change could become reality. 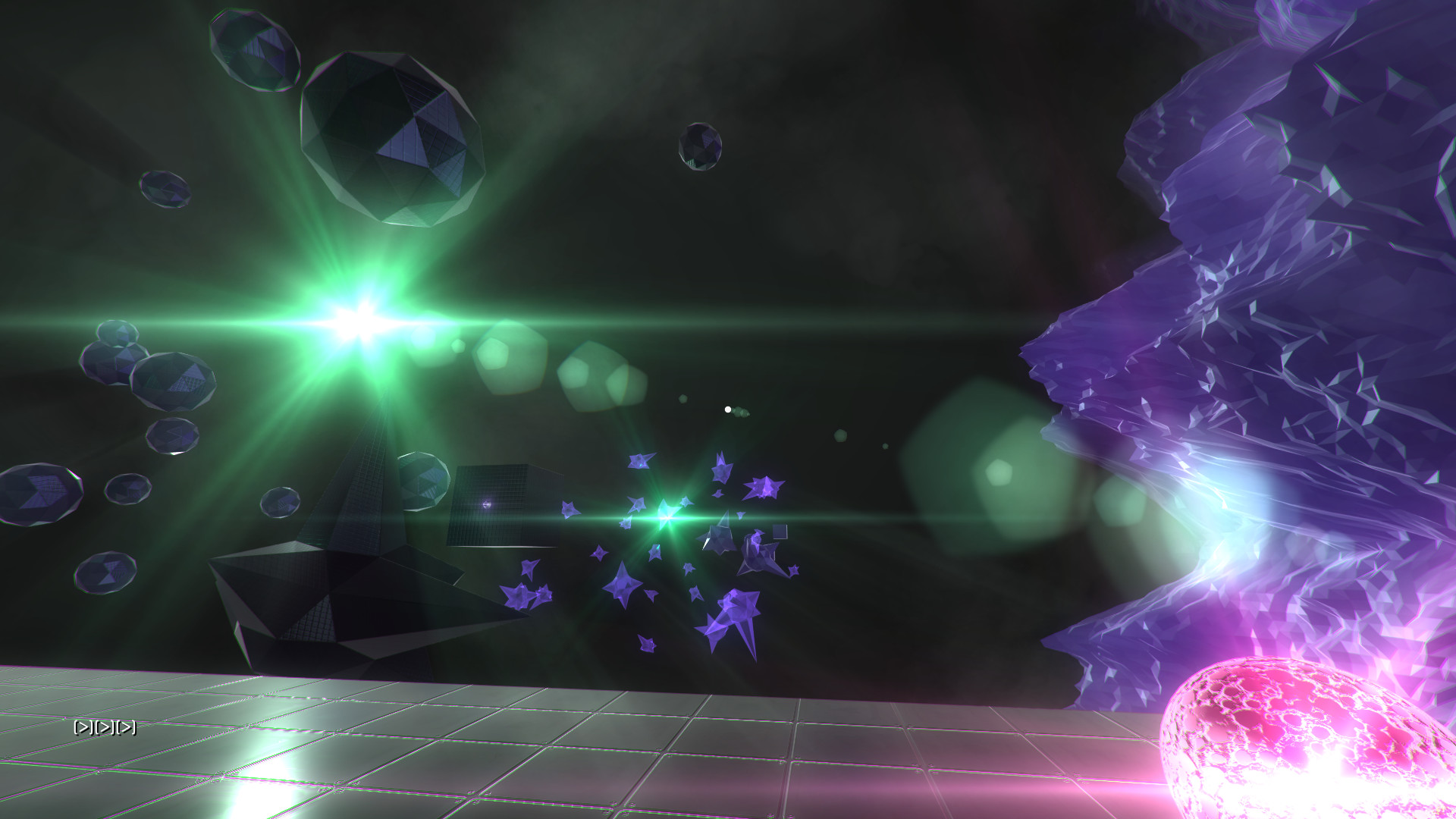 From a technical perspective, I’m certain that you don’t require a powerful PC to run the game maxed out. And Unity, as a whole, never gave me any issues or crashes in the countless games running its assets that I have play tested and reviewed over the past few months. I’m not exaggerating one bit in calling the union between Steam indie games and the Unity Engine, a “match made in heaven”. A development kit that offers potentially anyone’s dreams and ideas to materialize represents much more than just an affordable medium to express their creativity. To all detractors who complain about Steam “opening the floodgates” to all sorts of software detritus, I can point out as many quality titles released in the same timeframe and all of it is made possible by Steam’s freedom of expression rather than alleged greed and lack of proper QA. It is ultimately up to the customers (and hopefully, my readers) to decide which independent games released daily on this platform are worth their hard-earned cash. 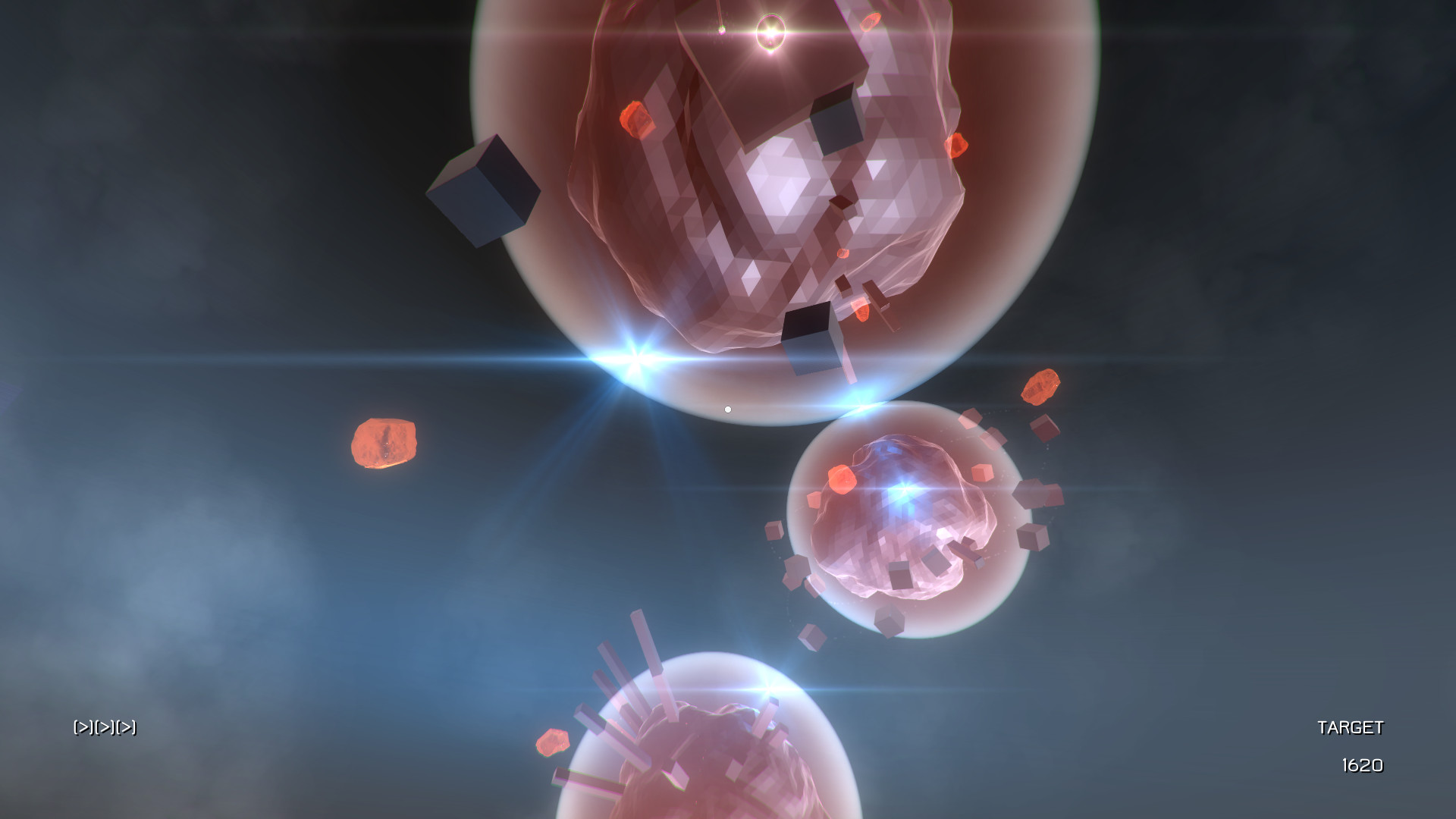 Such relaxing and visually pleasing gameplay had to be complemented by an equally soothing soundtrack and CONSTRUCT most certainly delivers. I had to nit-pick in finding any cons to this title and I still think that they are, at best, minor issues that should not deter anyone from giving it a try. Level design may not support a game world as open as I’d prefer, but some of the levels did seem restricted by their size. Also more visual variety can never hurt but CONSTRUCT surely is worthy of its price tag and offers Cards and Achievements to appease every type of Steam collector. 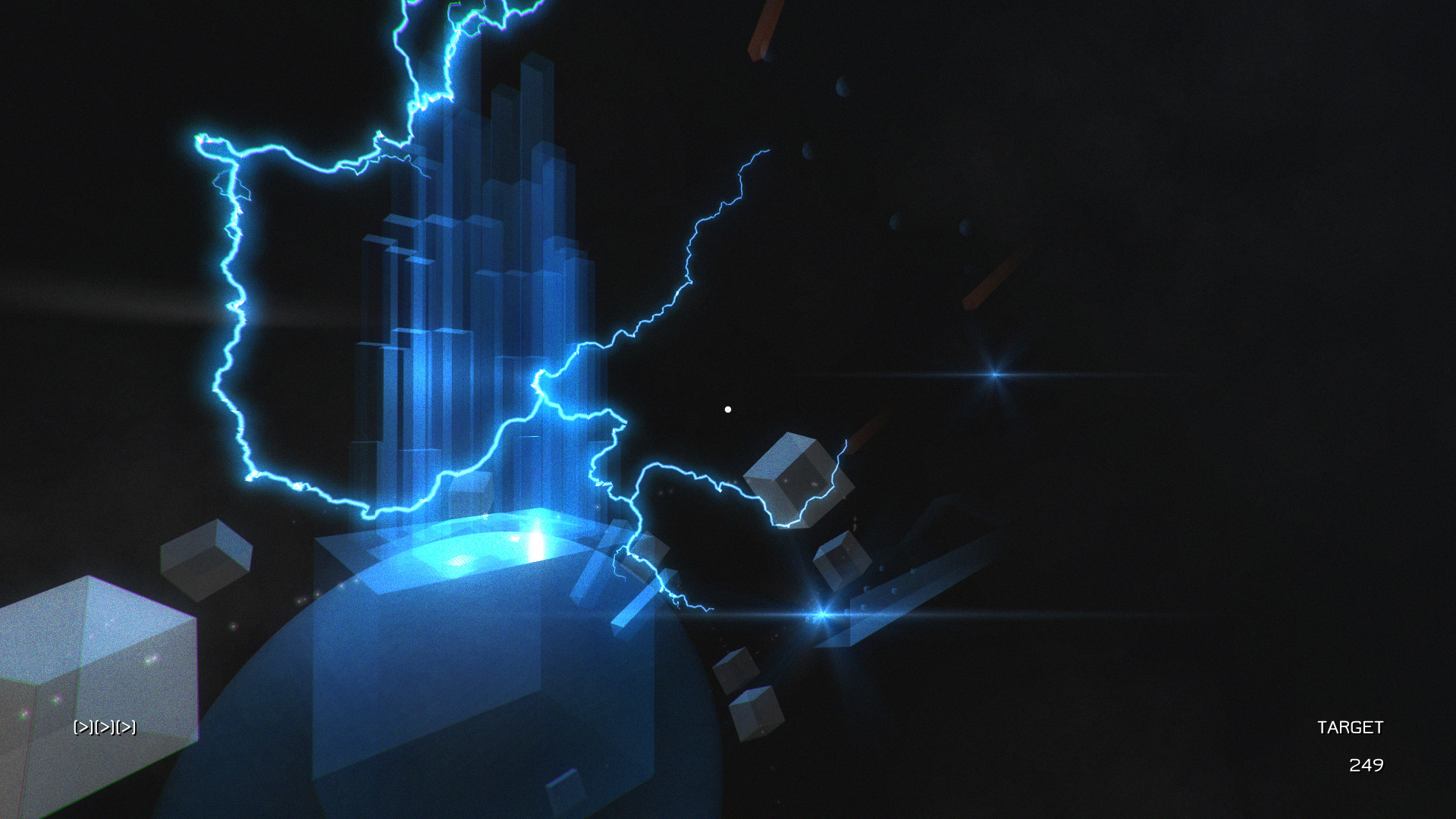 – Levels are rather short.
– Some more object & shape variety would be welcome.