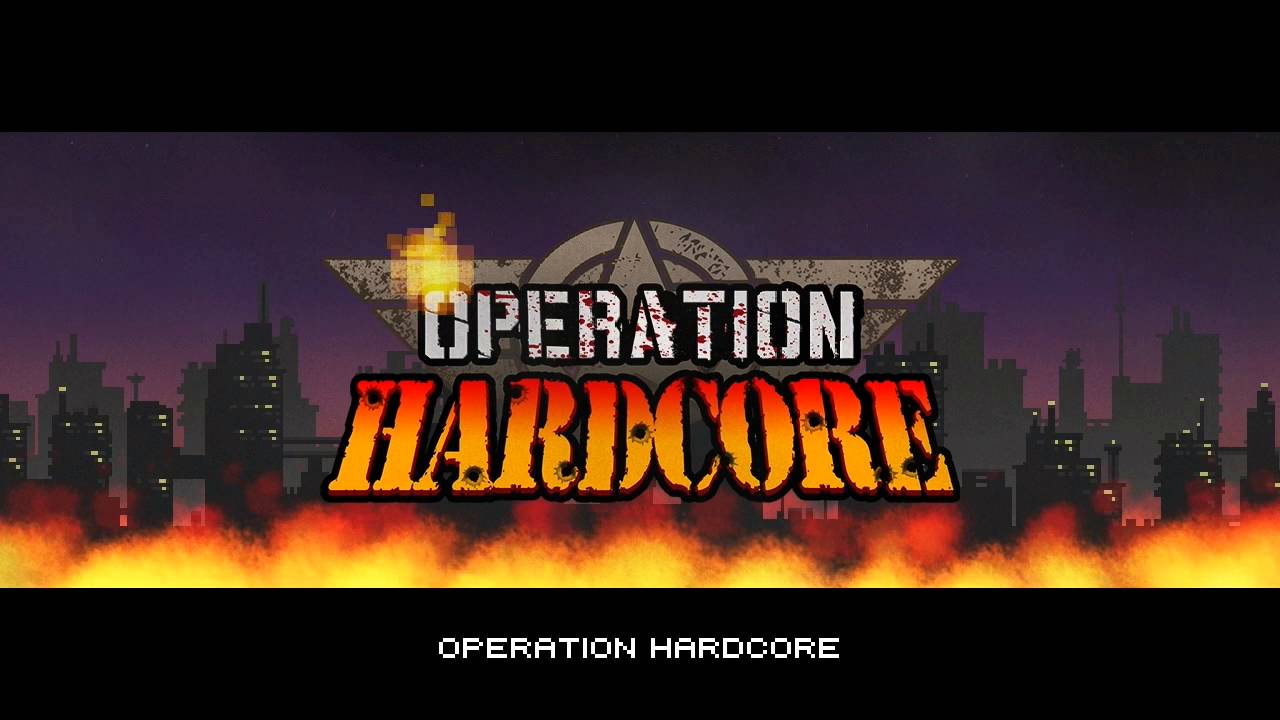 Operation Hardcore is a 2D side-scrolling stick shooter with some modern twists, but still heavily inspired by old classics of the same genre like, for example, Contra. 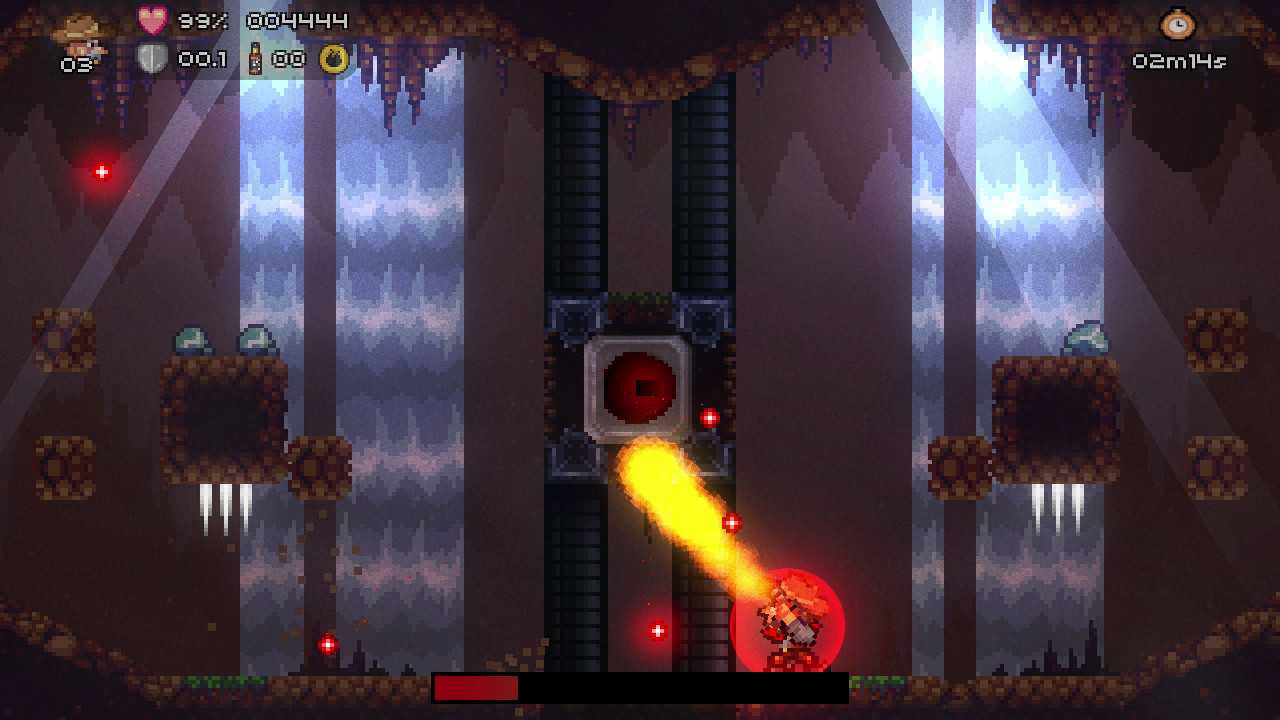 The game puts at the player’s disposal 3 different game modes: Adventure, Competition and Challenge. In the first one, the player can choose between four different characters, different only in look but with the same skills, and play the 10 level long Campaign, which is feasible in both Single and Local Co-Op modes.

In the second one, the player will play the same levels from the Campaign but will have only 1 life at their disposal, and no secrets will be available. This mode is specifically designed for highscore challenges between players.
The third and last mode will allow you to take part in 4 different challenges with specific objectives, where the goal is to finish the given objective in the shortest time possible. 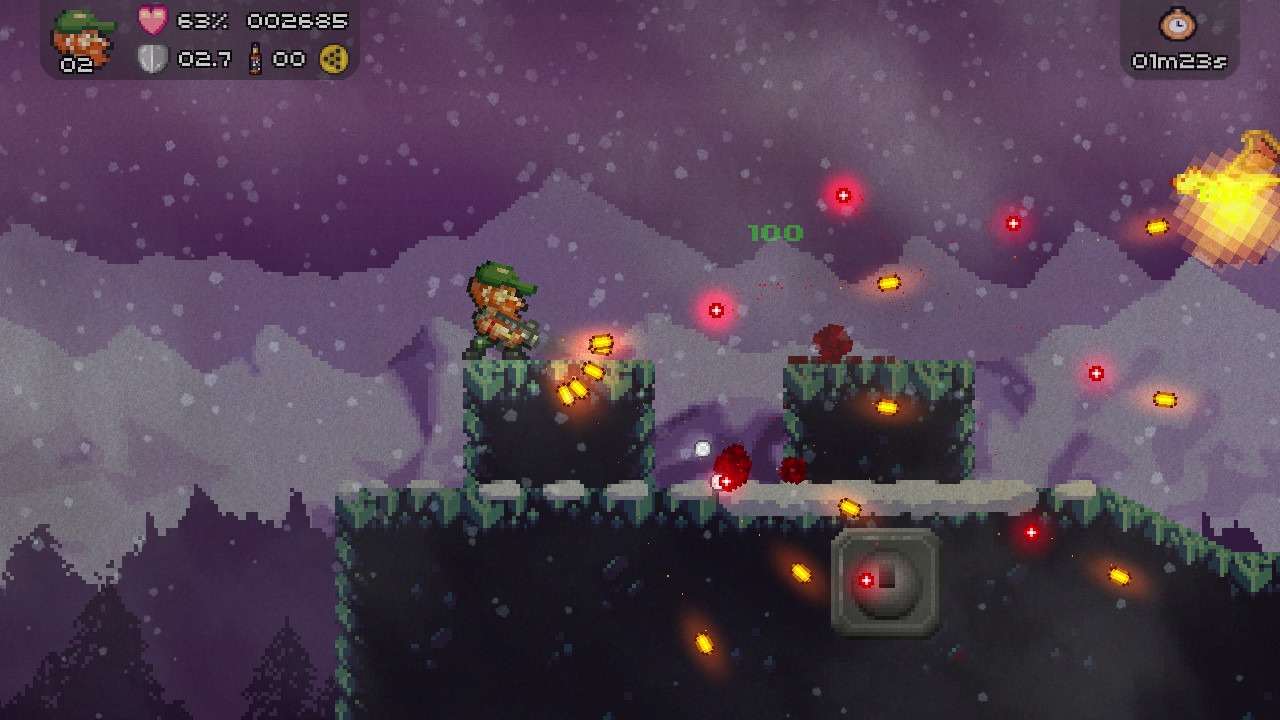 The story is pretty simple and straightforward: an alien army attacked Earth, so one (or more) of four really hardcore guys has to save it. Gameplay-wise, this title does not differ much from classic side scrolling shooters: the levels progress from left to right, are filled with enemies of all kinds, collectible upgrades, and of course secret areas. The target in each level is to reach the end of it, face the end-level Boss and then pass to the next stage.

As I mentioned before, there are some new modern gameplay additions to the classic formula: there is a shop, accessible at the beginning of each level, where the player is able to spend the money he collected from the enemies to buy different weapons, upgrades, consumable items and even extra lives. 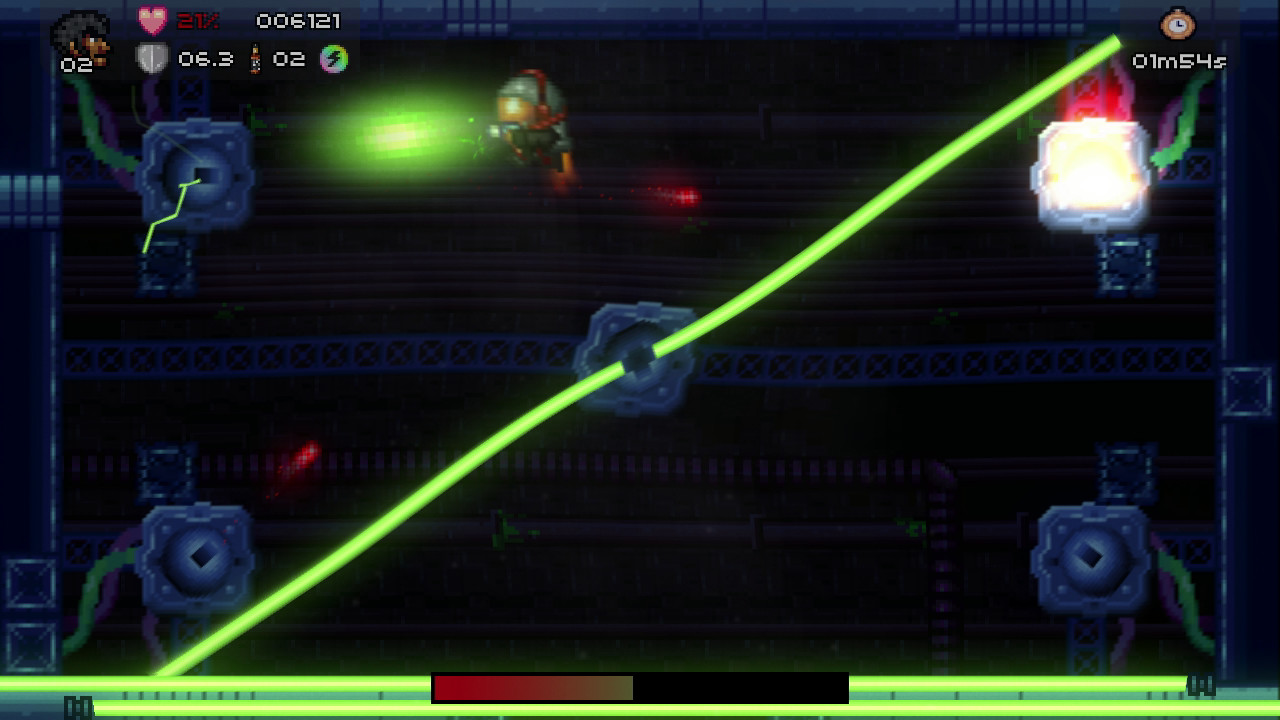 The second addition is the Shield mechanic: by pressing a button on your controller or keyboard, your character is surrounded by a Shield of energy, which renders him invincible as long as it lasts. The duration of this shield can be increased by collecting or buying specific shield shaped upgrades. But beware, when all your lives run out you will lose everything!

The third addition is more kind of a removal as in this game, unlike in many similar others, there is no 1-hit-death, but instead the player has a Health percentage that can be replenished by collecting (or eating?) remains of dead aliens and monsters. 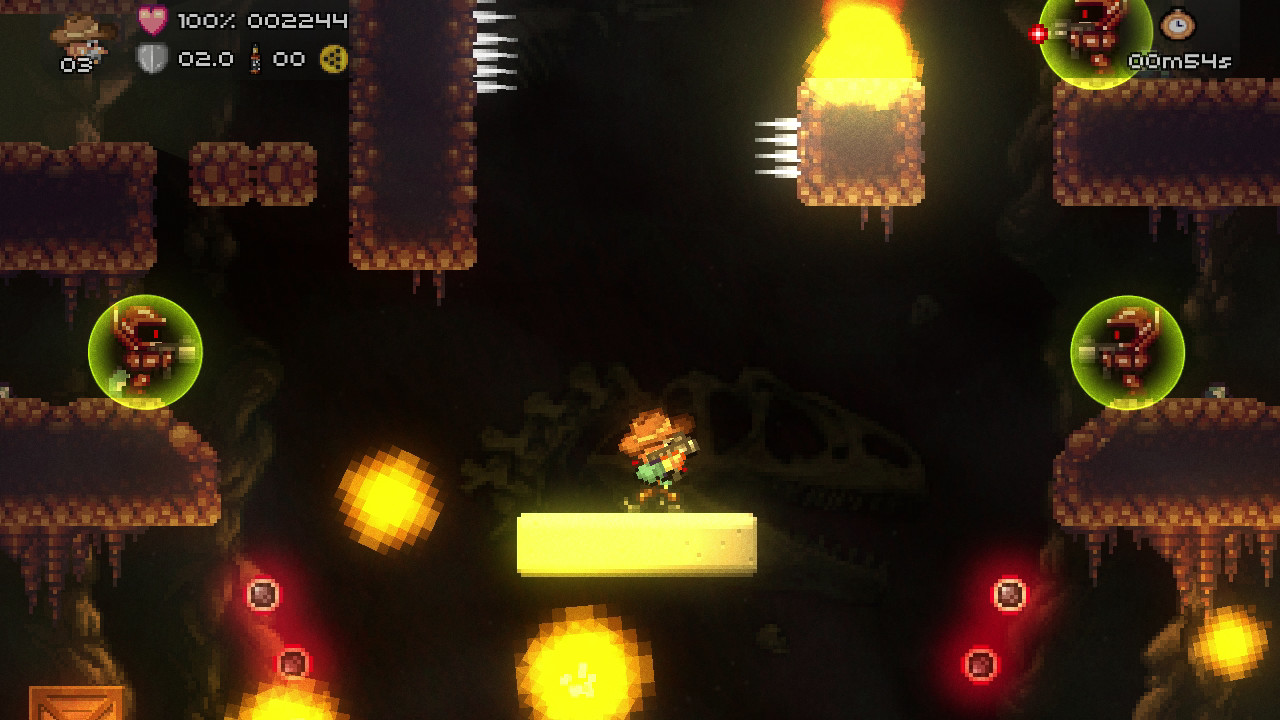 Overall, a good effort has been made to give this title a good shape, nicely inspired by the old-school games but also giving accessibility and modernity by implementing new mechanics. The hit registration system is solid, there are no major bugs, weapon balance is well done and, most importantly, the game always makes the player stay alert and never becomes too easy or instead too frustrating. Of course, if you choose the hardest difficulty you will feel the pain!

On the other side of the scale, I have to say the whole experience fell a bit short, as it took a bit more than 2 hours to complete. Challenges are very quick paced and will take no more than half an hour to master and beat the pre-defined PAR times. Apart from Campaign and Challenges there is little else to do apart from grinding Achievements for those into this kind of thing. 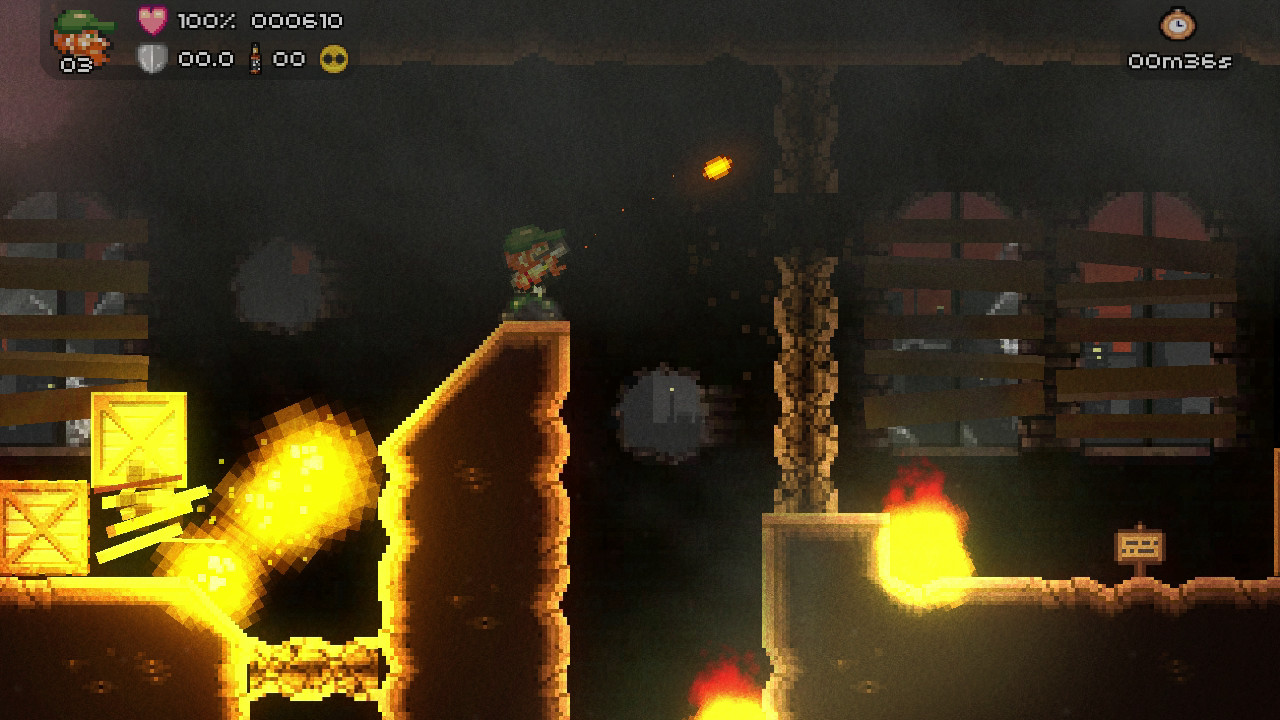 – Solid side-scrolling experience, well balanced, well made, varied and interesting. It will never be boring, frustrating or too easy.

– Scalable difficulty levels, ranging from Easy to Hardcore, to suit all kind of players. This is not something you often see in a game of this type.

– Modern mechanics well implemented, they do not make the experience too casual but add some depth and width to the existing gameplay formula. 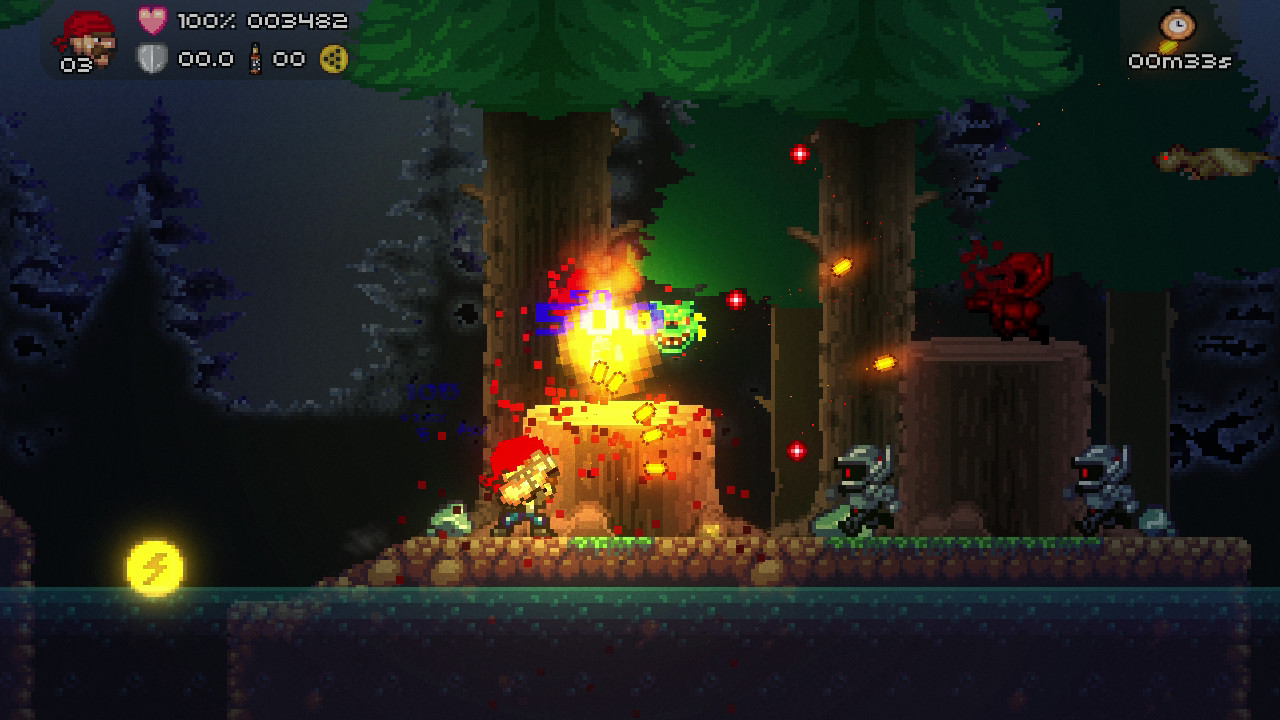 – The control system makes a Gamepad almost mandatory to play this game, as Keyboard controls are a real pain to deal with.

– Short experience. It will take just a few hours to do everything this game has to offer. Maybe some more to find the secrets, if you are up to it, but the whole thing will not go past 4 hours of gameplay.

– In certain areas, respawn is bugged and will respawn you in a place where you will unavoidably die again.

– The final boss is less hard than some bosses encountered much earlier in the game. This makes no sense!

Nothing ugly here, except those aliens. 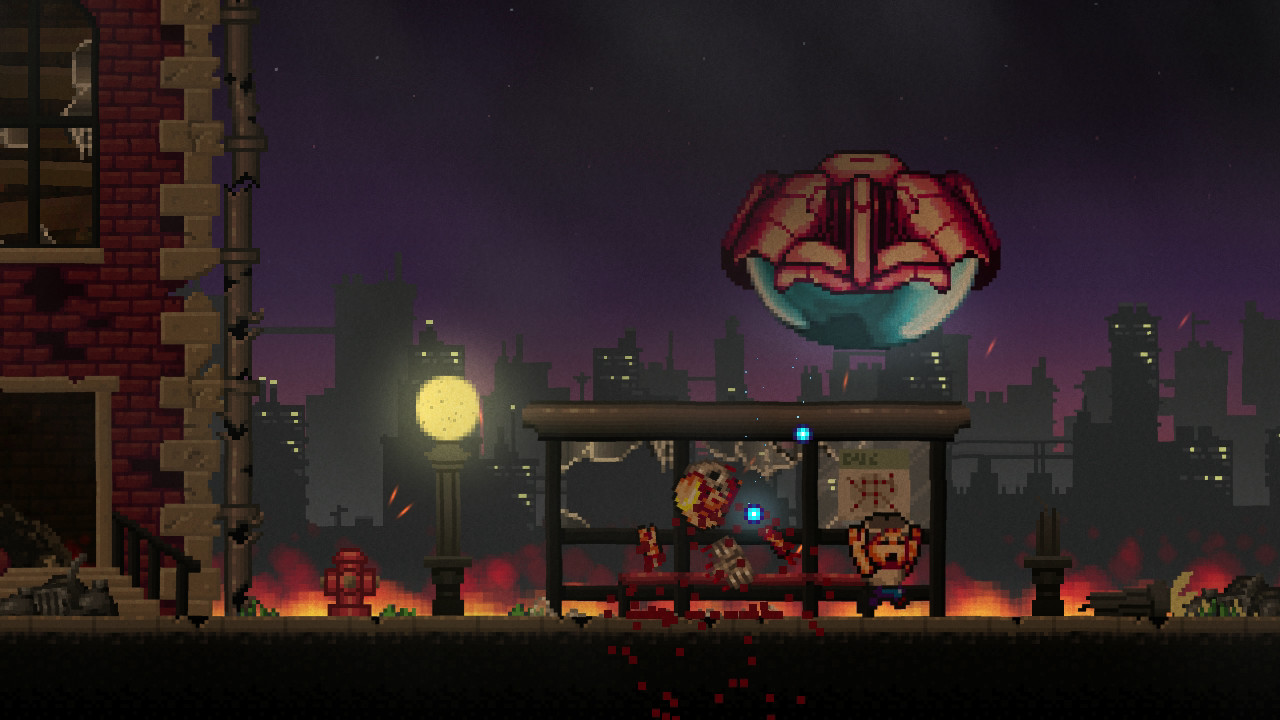 Operation Hardcore is a great side scrolling shooter, no doubt about it. It is somewhat limited in content and a very short experience, but for the price range we are talking about it is well worth it. If you are a fan of the genre, take it straight away and if, like me, you are not it still is a good experience with lots of fun.

A new-gen Contra, on a budget.