Life as a full-circle is perfect. Food, water, and shelter easily available and plentiful along with other pleasures. Life as a half-circle? Barely able to survive with the little food and water they can scrounge up. Forced to live outside or work as sex slaves due to their low status. Based on a true event, let’s dive head in into Suppressed.

Suppressed certainly has a simple control scheme throughout all the chapter it provides. Only having to move left and right, run, and jump for the bulk of the gameplay. Including the occasional dialogue with multiple choices and item usage. The multiple dialogue choices serve as a way to either decide on having a longer conversation or cutting it off quickly. However, this also serves as a way for the player to decide whether or not to hear more on how half-circles is treated and hearing out the citizen’s concerns or how to view them yourself. Are you someone that listens to others and see The East as the problem? Or someone that sees the individual person responsible of their situation and cuts people off? This can also decide on what you do, despite the ending the game pushes you to. Are you someone that won’t leave your family and the house you lived in your whole life; or would you fulfill your family’s last wish and escape to the West nation?

Suppressed’s bulk of the gameplay is around the end once you get to The East’s capital. Containing platformer elements to get around and puzzles to help towards your goal of escaping The East nation along with helping others. Observing and experiencing first hand as a player how severe the system is in the capital. The platforming can be somewhat frustrating as you first encounter it. As the vertical layout can cause you to drop to the beginning or to your death. There are checkpoints with each level, so it can be faster in some situations.

There are some problems with the gameplay in Suppressed. While it doesn’t bring down the experience, it would go a long way in the experience. At one point you will have a puzzle that is dialogue specific, however you can notice one piece of dialogue is not changed despite moving onto the last step. A change of dialogue meaning the same could solve this for continuity. Another problem that can confuse others, and did to me, is the different colored empty bubbles. While you are told they need an item, it does not explain whether the different colors mean anything in particular. Does it mean the amount of steps you have to do to obtain the item? How much they need the item? How important it is to progress in the story? Lastly, the gameplay can be too short. While it does communicate the message well in the short time it has, it could of done well with more. Adding more gameplay to break up the beginning exposition for the player to experience how The East nation is to most of their citizens before the main game takes place. Such as adding in a flashback father sequence to see how he ended up in The East and reacting to how it isolates not only itself, but its citizens.

While Suppressed’s story is simple, it contains a deep meaning. You play a boy in a family of half-circles with a father forced to stay in The East despite living in The West prior. This leads the family to plan an escape to The West during the Prime Minister’s birthday to have a better life. However, full-circle soldiers come to ruin the plan the day of, forcing you to continue to The West by yourself.

Using the concept of half-circles and full-circles, similar to how other shows use this way to communicate the same message, was a great way to showcase how The East nation isolates their own citizens. It’s easy to understand the hierarchy in Suppressed. As I have encountered situations where it was used in a more complicated way that it loses itself, this simple story-telling element is understood even in the beginning as you see a full-circle outfit being worn by one of the family members.

The artwork in Suppressed is outstanding, especially in the cutscenes. It shows vibrancy in each piece along with what the scene expresses. Grim and dark, allowing red and white to stand out, and vibrant colors to show peace and happiness. The outfits of the soldiers are uniquely designed, able to stand out in the crowd along with the circles donned on everyone’s outfits. The touch of distorted faces adding into the atmosphere and silently telling their own story despite not being able to dive into it. The switch of style between the cutscenes and the gameplay does not diminish this. The artwork is certainly one of the strongest points in Suppressed.

The sound is interesting in Suppressed. With soothing or hopeful music with a peaceful and bright atmosphere that can switch to eerie quickly. Mixes of whispers and voices blended together to express the fear full-circle soldiers bring to half-circles.

The only thing that Suppressed could of done differently is the voice work in the beginning. This could of been replaced with the same method used in the following sequences, as it does not express as much as the blended whispers or voices do. 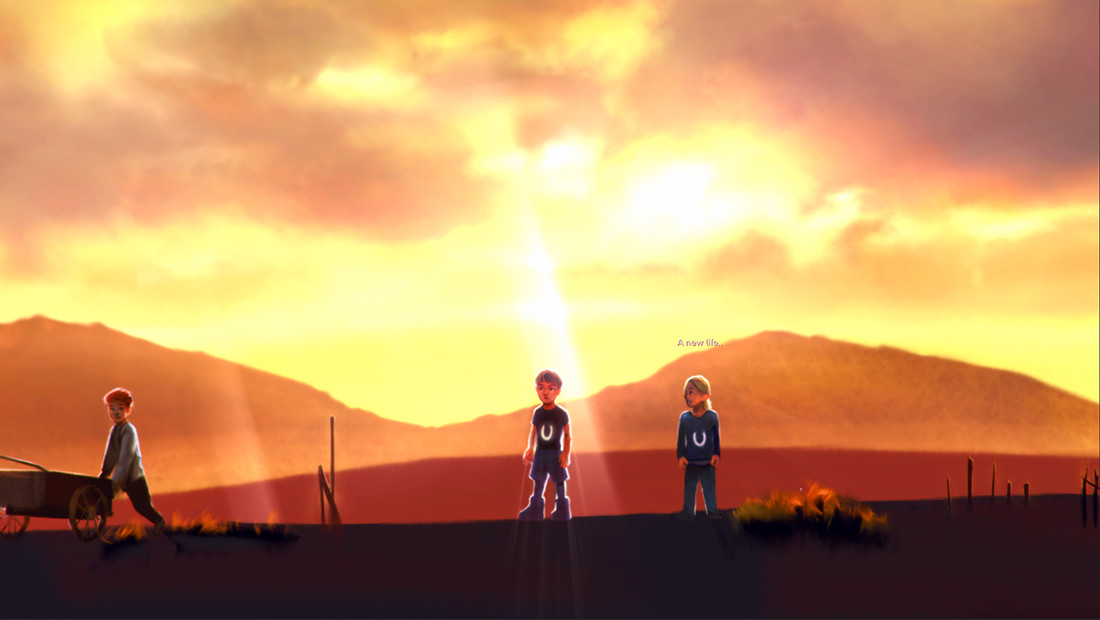 Suppressed does not need much to run smoothly. The only movement is when you move the boy in-game or the occasional movement during cutscenes or other npcs. Keep in mind that the loading screen is black, as the loading bar can take a few seconds to appear.

Suppressed does not contain any replayabilty content other than seeing where each dialogue choice leads. Despite the 1 or 2 hours to finish, Suppressed in priced with this in mind.

What True Event is Suppressed Based On?

By the end of Suppressed, it is revealed what drove the developer to make the game. The East nation and events happening is based off of North Korea today. Along with listing western Europe and United States as a “medium risk” on violating human rights to show how the player’s possible country is close to becoming. Lastly calling for others to overcome the fear of the unknown to learn and teach others to be more tolerant.