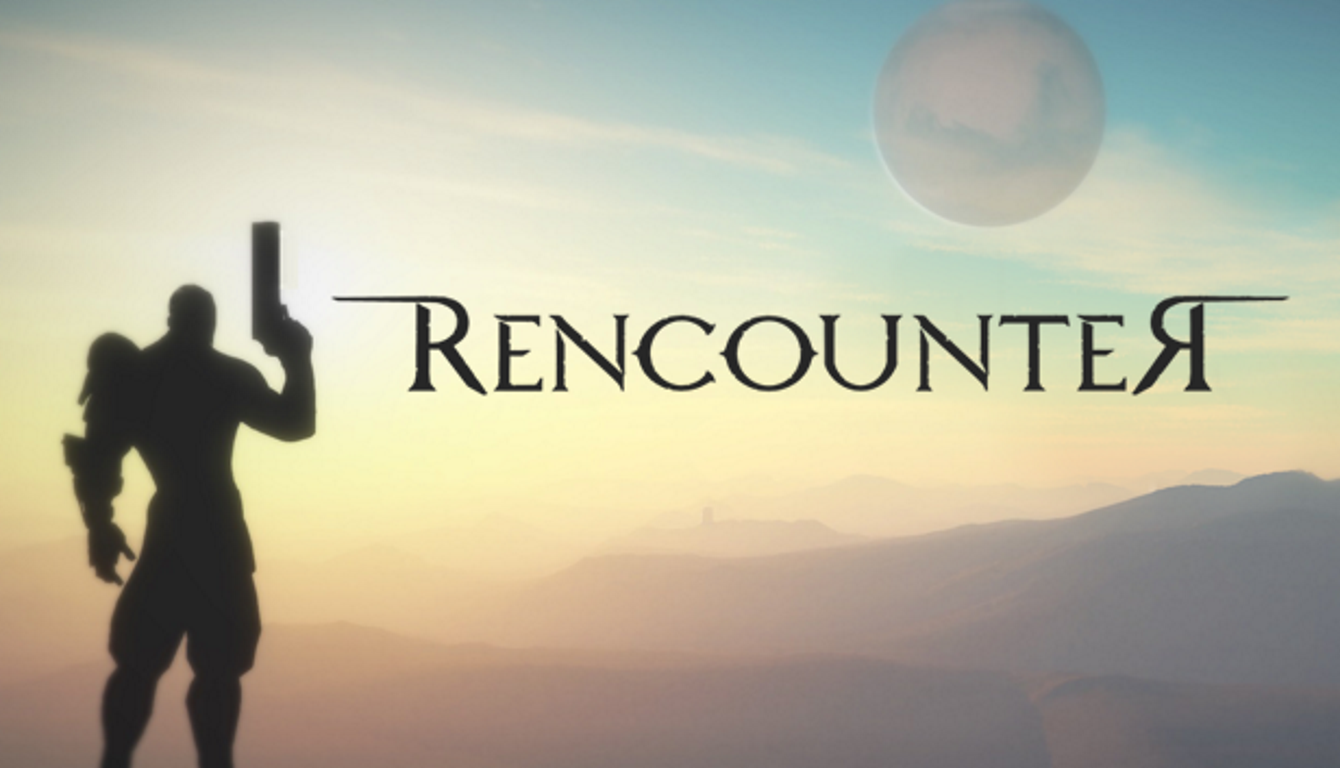 Rencounter looks to provide a classic strategy based experience by making you hunt, scavenge and loot in order to stay alive. Does it hit its mark or misses with a 90% chance, let’s find out 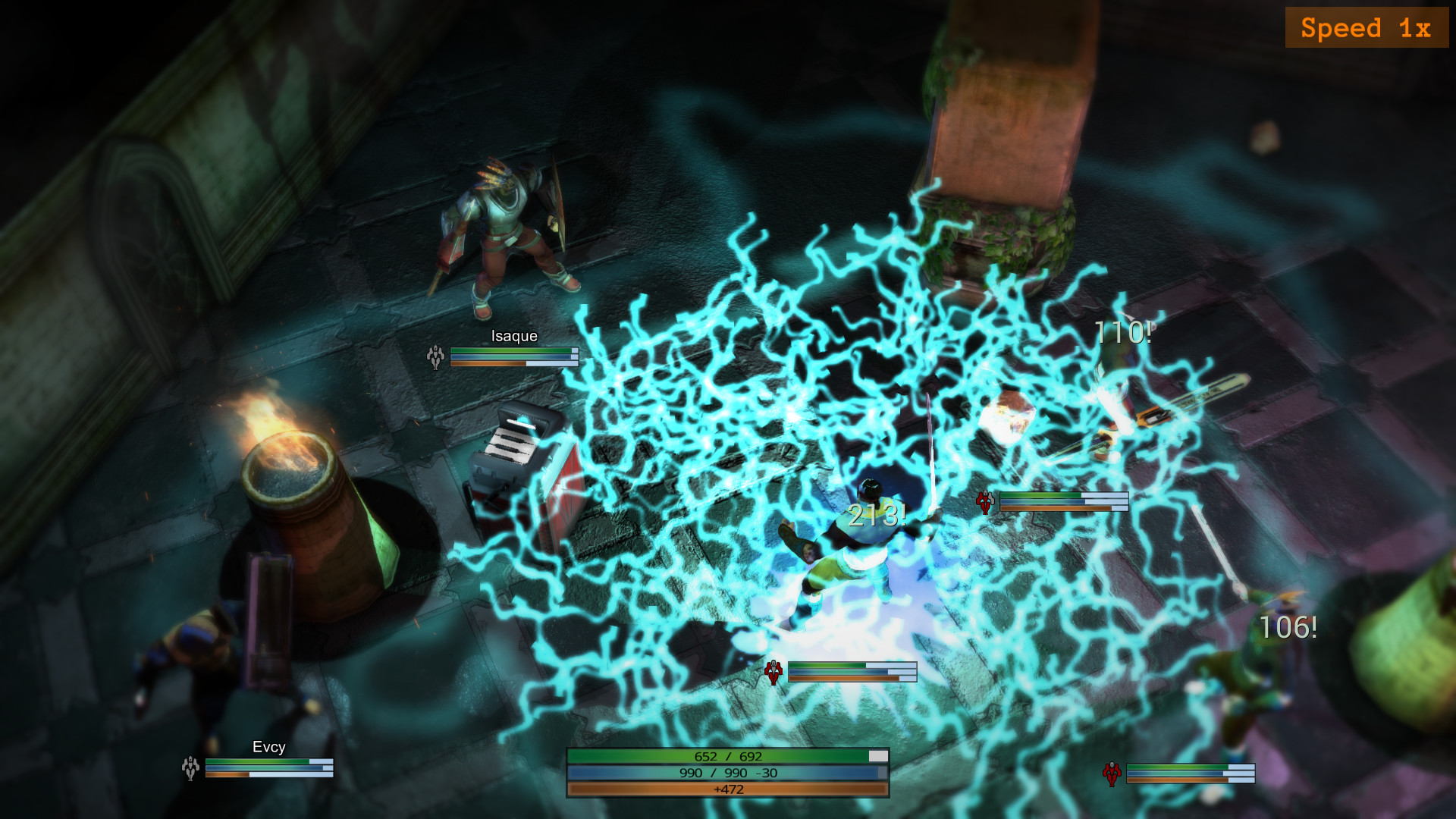 In Rencounter, you start out an unknown man who has to survive by gathering various resources and fighting other people and wildlife. Initially, it reminded me of Dungeon of the endless, a superb game where you had to open different rooms to see what was inside. Rencounter tries to apply the same mechanic, where you are shown an overview of the map to see which rooms are connected to which place and where you need to go next. The other room might be filled with supplies you drastically needed or may contain enemies you need to fight. If there are enemies in a room, you are then shifted to a 3D overview from where the gameplay is turn based. You try to get close to the enemy and then attack him to slowly reduce his health to minimum. Here, Rencounter takes XCOM like approach. When you are close to enemy, you are given a few choices on how to hit him. There are a couple of choices like hitting him with a light or heavy attack, and which part of his body to attack. All parts of the enemy have an percentage showing the chances you have to hit him. This also applies various effects to him, such as attacking his arm will reduce his speed and so on. There are also choices to defend yourself at the start of the turn. The defence mechanic here is actually somewhat bugged. My character was able to parry nearly all of the enemies without breaking a sweat in the early game. This made the early game very easy to run through and later on was rendered nearly useless. You either move in a turn or attack. There is no way to move and attack in a single turn which is really bad for a game like this. 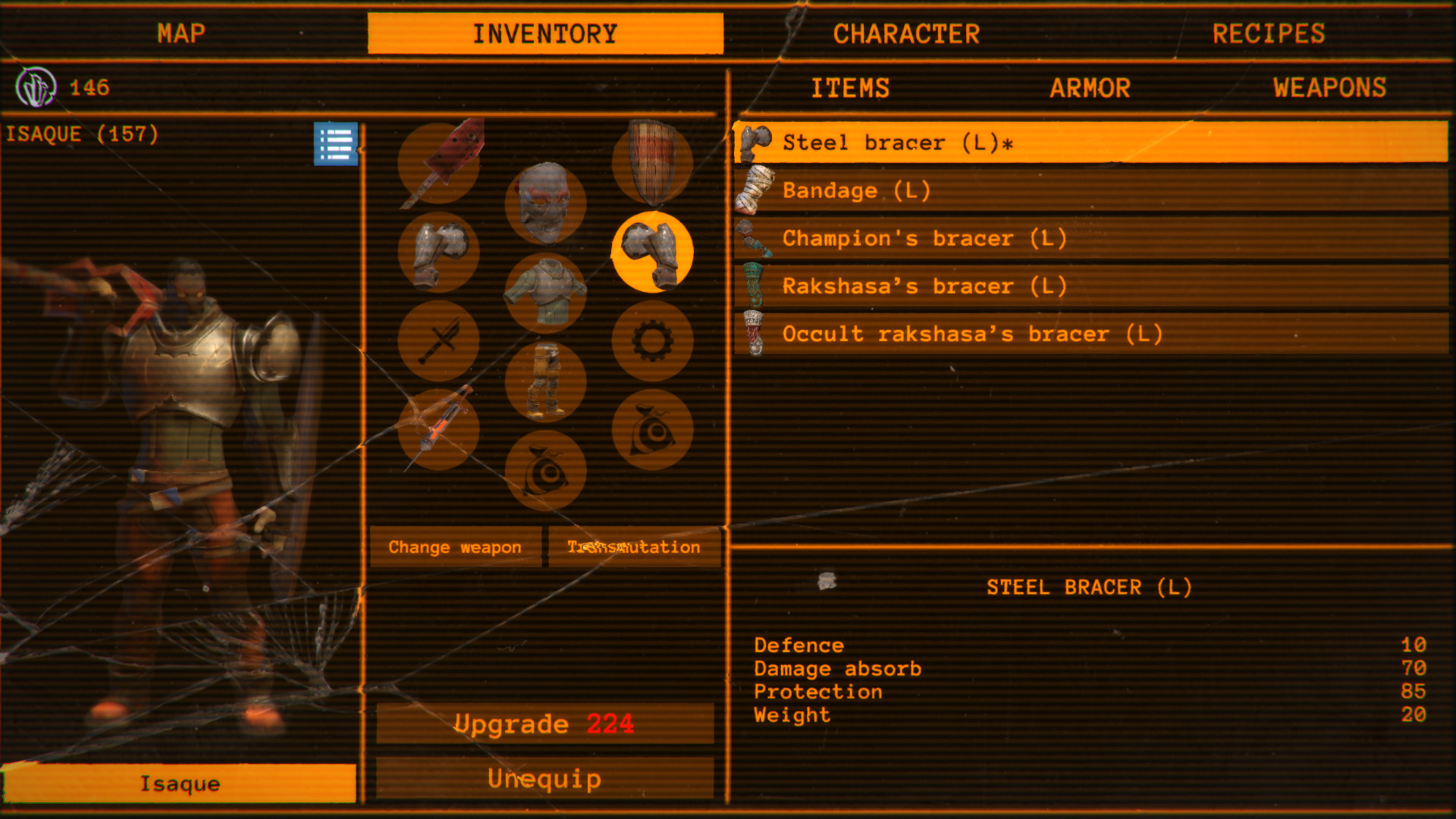 Rencounter also tries to make it unfair just for the sake for it. Hunger levels go down quite rapidly and you might run through a few rooms without getting any sort of valuable loot or supplies. Combine this with the perma death of the game trying to include a roguelike feature and it makes it a lot more frustrating when your team of humans and pets die with something like this. Not only that, there are instances where you miss a shot with 99% chance of hitting the enemy and that becomes really frustrating. I know it is not impossible to miss a shot with 99% chance but when you miss it 3 or 4 times in one session, that really makes you question if you should even go with the 90% shot. Even though the game is randomly generated, it becomes repetitive fairly quickly with many locations repeating itself over and over. Unlike a game like say, Rogue Legacy, where you expect to see the castle over and over again, here it is supposed to be a little different. There is not much enemy variety and the story is as minimal as it gets. But if you’re looking for a streamlined strategy RPG, rogue like with turn based combat and you are used to the frustrations of the genre, Rencounter might be good enough for you. 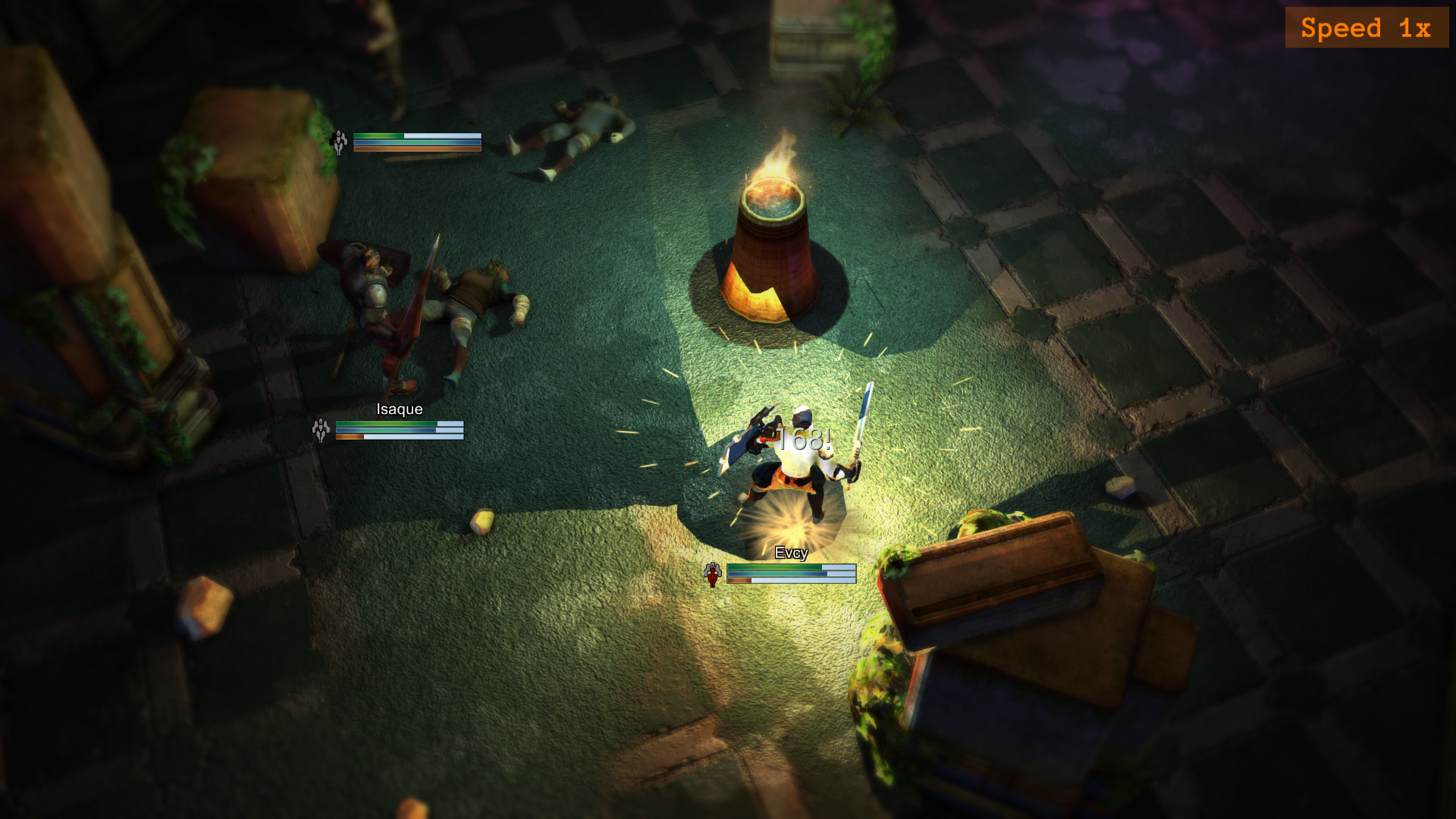 Visually it looks pretty meh. Rencounter tries to go for a modern look but falls apart pretty quickly. Everything from the environments to the characters models are average at best. There is a lot of darkness in most of the rooms and that causes a lot of colours to remain hidden. Nothing brightens things up here and succumbs to a game that tries to force it’s dark atmosphere down our throats. Nothing exceptional can be seen in Rencounter, all it has is a lot of darkness 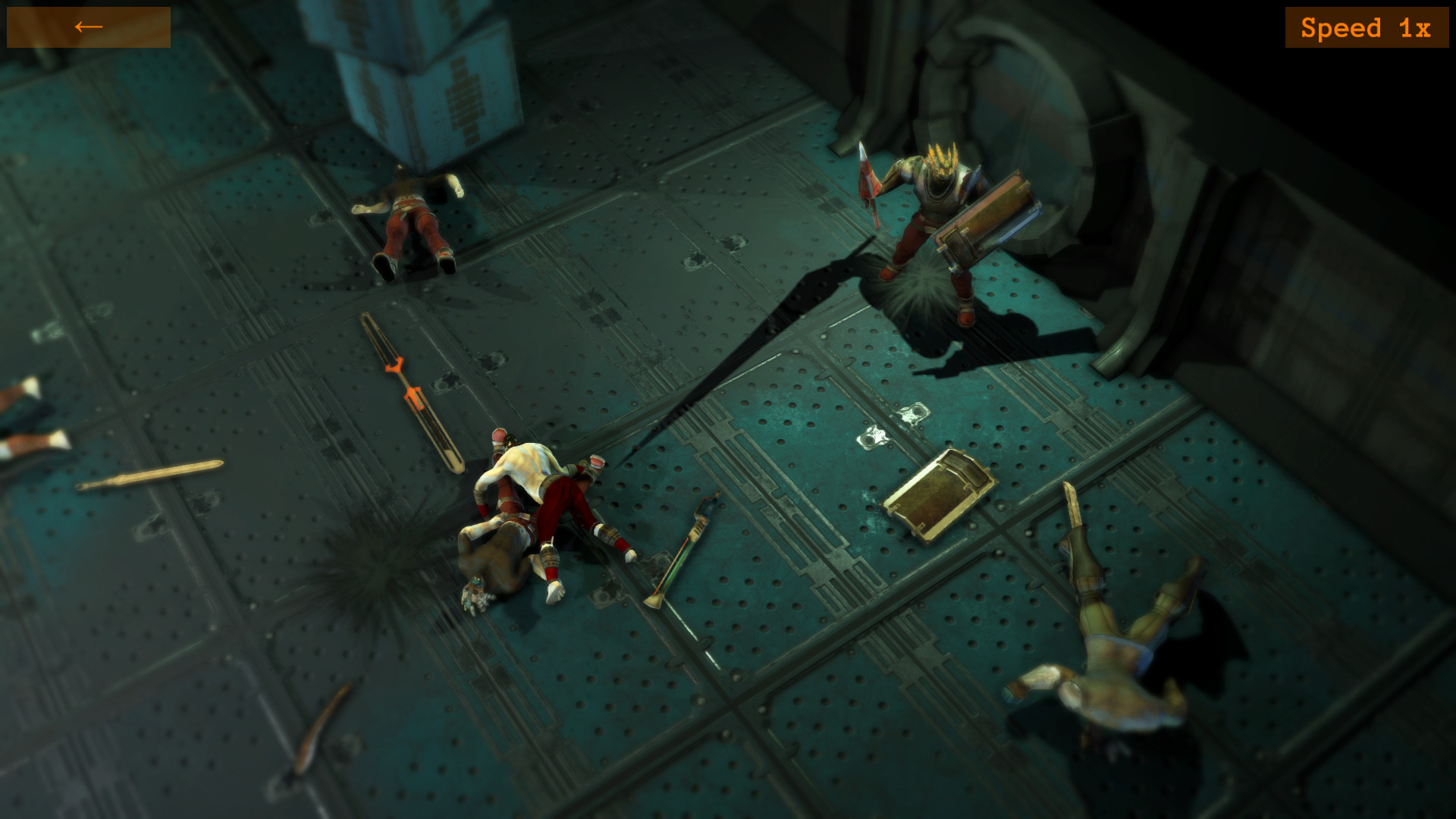 Even though the soundtrack of Rencounter is average, it actually compliments the dark nature of the game pretty well. The soundtrack is ominous, always keeping the suspense of the next room intact. Every step of your character has a solid crunch to it and it lays a pretty solid foundation and works along with the tense nature Rencounter is going for. There is nothing here though which will make you come back for more, just like the rest of the game. 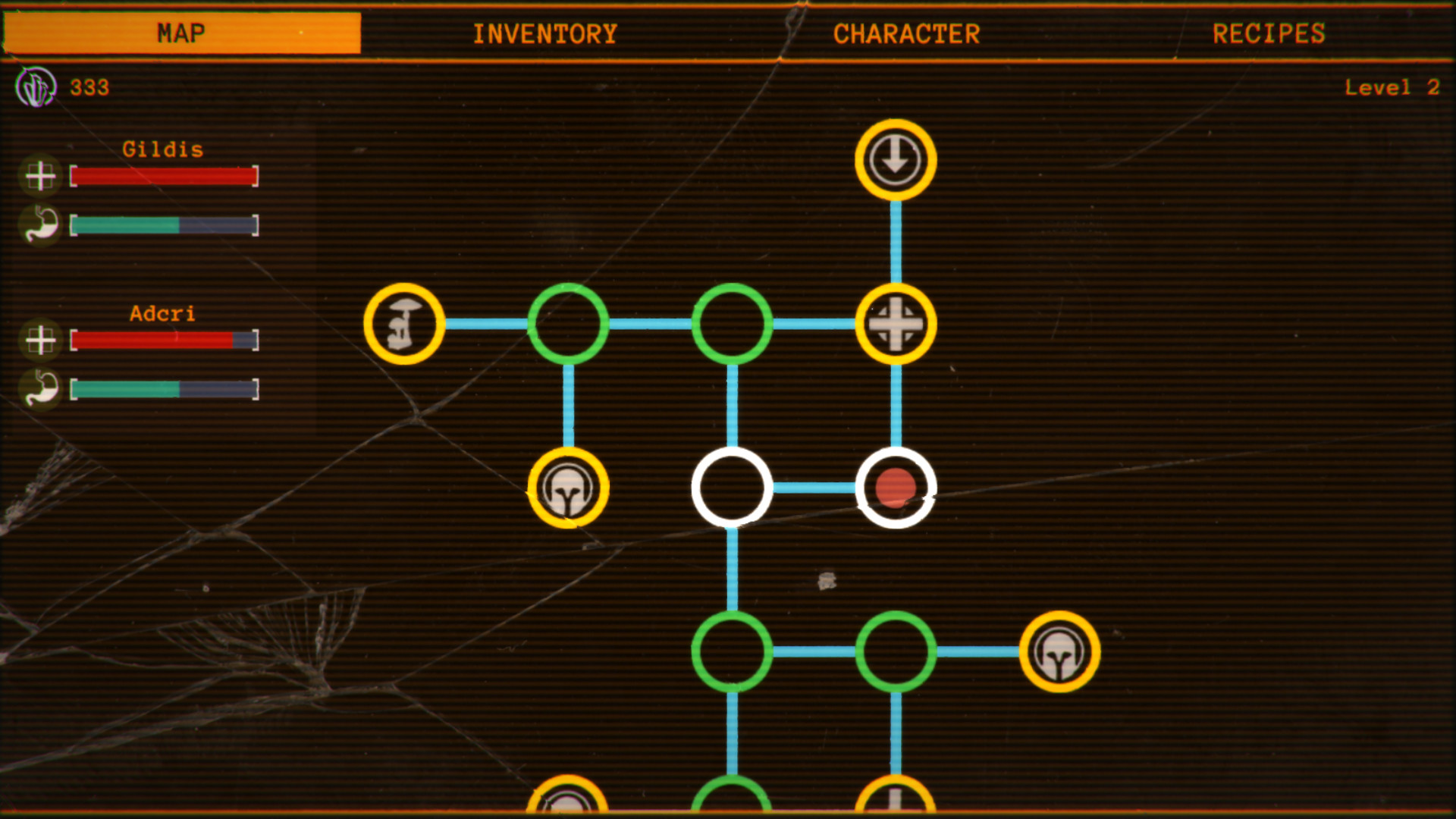 Rencounter tries to do some really neat things for a turn based strategy game, but none of them come together at any given instance. The visuals, enemy and level design are all pretty bland and there is a certain ring of repetitiveness here. But if you like games like this where you are punished and sometimes is blatantly unfair, you might give this one a try. Rencounter is also suitably priced at 5.99$ which won’t be too hard on your wallet.