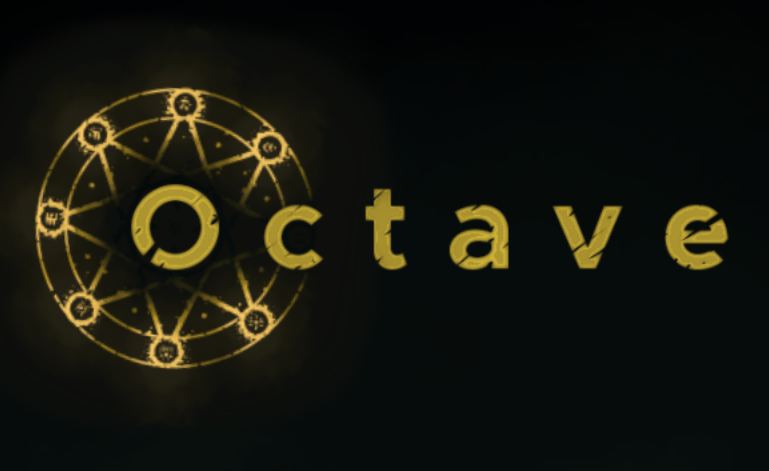 Anate Studio is a new developer that has just released their first title, Octave. 2D in nature, the game blends a healthy dose of point n’ click interaction with the gloomy overtones of a horror game. Octave plays and feels like something you would experience on Newgrounds, a platform that offered great horror titles in the form of the Deep Sleep series and Exmortis. With the horror scene over saturated with zombies and gore, it is nice to see a game dealing more with the psychological nature of the beast rather than the red, gooey center ripped out by said beast. While flawed in numerous way (and too short to recommend at full price), Octave delivers a decent experience wrapped deep in interpretation.

Utilizing the Unity engine, Octave’ options provide little outside of the standard resolution selection and volume meters. Multiple languages are available as well, but it will inevitably be restricted to the credits and options menu. Saving is not an option in the game, but due to the length of the game (finished in about 50 minutes), it doesn’t require it. A load system is available from the beginning and provides the player the option to skip to one of the six chapters (even if they have not reached that point). It is barebones on a technical level, but during both of my play throughs, I failed to encounter any issues.

Everything is controlled by the use of the mouse such as clicking on objects, movement and accessing the menu. In the point n’ click fashion, objects can be clicked on in the inventory (hovering the mouse in the top fifth of the screen) and further clicked on an item in the world to see if it interacts. Items can also be combined by clicking on two items in the inventory, but it only works in one scenario. To move, the player simply clicks on the ground to walk or double clicks to run to the spot. Movement halts once the character reaches the location, which might be annoying to some, but ultimately helps with some of the encounters involving precise maneuvering. It is a very simple control scheme, but it works considering the nature of the game.

The environments use a layer system, giving depth to the 2D world and creating some surreal looking backgrounds. It has a hand drawn look with trees and walls looking exceptional. The character is animated well, swaying when still and flailing his arms when in pursuit of an objective. Creatures do look grotesque, sluggishly moving toward the player with arm and jaw movements.  Music was kept on a short leash, looping continuously after ten to twenty seconds. The tracks are fitting of the environments and range from a dreary melody in the woods to tense drum beats in the final encounter. It all comes together to create an atmosphere befitting the tone and compensates for the vague nature of the story.

The protagonist is brought into the woods by an unknown man for some unknown reason and is saved from a execution by some undead creature. Nothing is explained in terms of who the protagonist is or why there are creatures of grotesque nature wondering the area, but the main goal is clear: get the hell out of dodge. The developer might have done this deliberately, focusing on the possible interpretations that the player could make regarding the journey. Could the message be despite fighting for life, death is an inevitability? Maybe the moral involves the notion of a fate worse than death or the price paid for salvation? Regardless, the story is incredibly weak on the surface and holds more meaning once the innards (and the anticlimactic ending) are properly examined.

The scares are delivered thanks to some sudden encounters and the sense of dread created by the gruesome looking creatures. The environment is strewn with creatures moving out of sight, opening and closing doors, surprise appearances by an unseen hazard and even a cat that makes a mess of the kitchen. I do commend one particular scene where the protagonist is met by a threat that must be dealt with to exit the room, only to have the lights shut off and the sounds of the doorknob frantically turning. Aside from the environmental scares, the character has several implied death scenes that spring up when a monster gets too close. For a horror game, it is extremely tame and only really gave me a startle once throughout the entire play through.

What point n’click wouldn’t be complete without puzzles? There a few simple puzzles requiring looking at pictures and matches their pictures to unlock certain objectives. Items will also need to be used to unlock areas to acquire more items to gain access to numbers for a safe. Outside of these general puzzles, the player will also need to time movement to sidestep certain enemies or time their run to beat an enemy’s path to the next zone. The mouse will be used during these moments to help detect areas with hidden (due to scenery) enemies, which will begin to shake as the player hovers over them. It is nothing to stressful (or memorable) and the only time I needed to use the hint system was to locate items I could not see.

For a first attempt at game creation, Anate Studio did a fairly good job. The final product runs perfectly with no visible technical errors, the visual aesthetic and sound design were truthful to the targeted genre and the puzzles were varied enough to keep stave off boredom. While underwhelming, the story and the mild flavor of horror are still satisfying, if ultimately bland. Even the short run time feels acceptable as it arrives, entertains and leaves without overstaying its’ welcome. What kills any high recommendation for this game is the $5 price tag for essentially a 50 minute title with no replay-ability. I don’t regret my time with this game, but I recommend waiting for a steep discount ($1 or $2 is reasonable) before jumping headfirst into this little title.