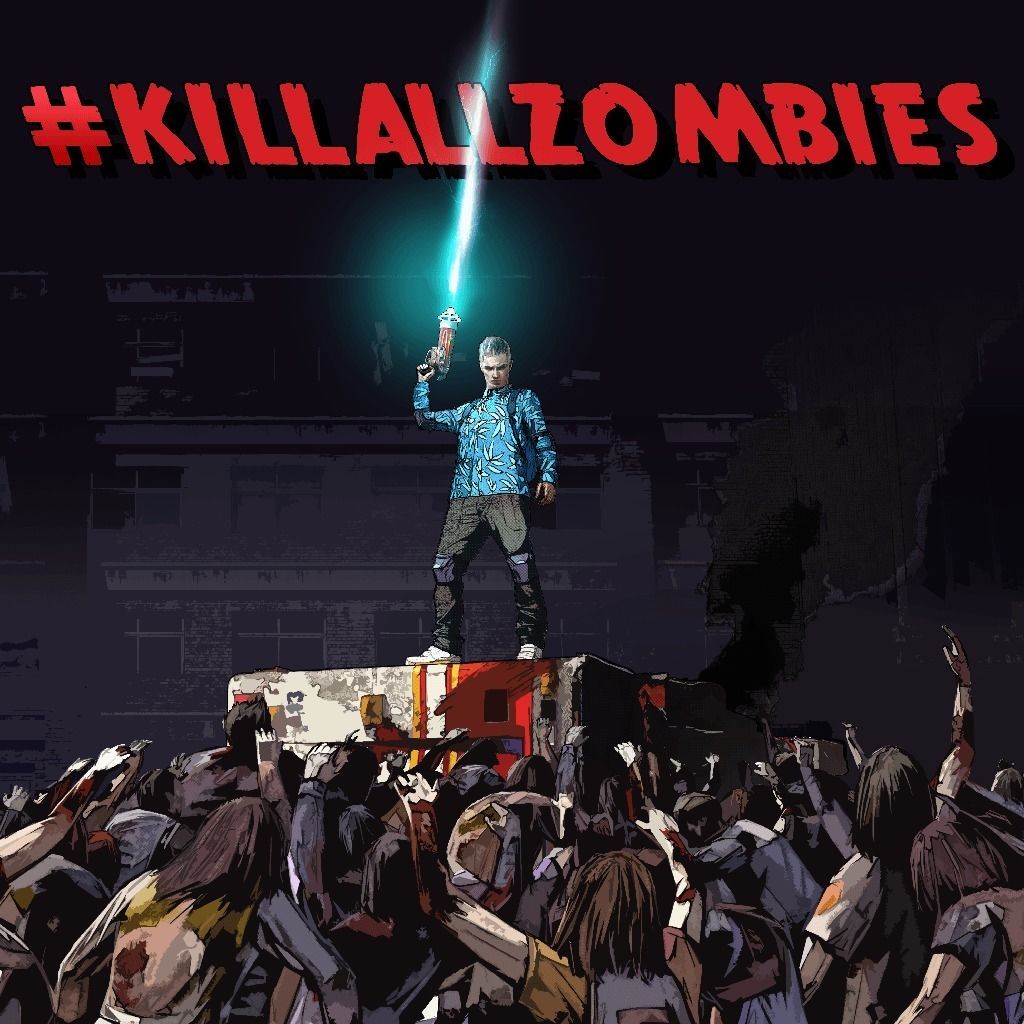 So, yeah, an hour in and I’ve plumbed the very depths that this game has to offer. Two hours in and I’m reaching for the pills, four hours and I fear that I’ll be writing letters to my loved ones and asking them to prepare memorial passages for me and working out what songs to play at my funeral. Suffice to say, I won’t be trying for eight hours with this game, and I salute anyone who does, because they’re braver than I. It took me two, two attempts to get into closing on the top twenty of the tower defence global leader-boards, and I dare say that if I felt bloody minded enough I could do the same with the survival ones too. But that begs the question…

WHY IN THE NAME OF WHATEVER DEITY THAT YOU WORSHIP WOULD YOU DO THIS TO YOURSELF?

To explain, there’s a game, a really old one on Steam, it’s called “Nation RED“, most people now own it, because it ends up on sale sooner rather than later, go look it up, it’s a good, solid game. It’s a horde shooter where you’re looking down at a tilted angle at a playfield and you’ve got the job of making sure that you – Living, breathing, warm, tasty, you – does not get eaten by the shambling hordes of undead who simply want to give you nice tight hugs and make nomnoms with your brains. Nation RED is good, it has plenty of playfields, the perks are varied, you even have a choice of player models, and the number of weapons is well, insane. That’s why Nation RED is good, it gives you a diverse menu of Zombie genocide.

So if Nation RED exists, why do we need #killallzombies?

Astute question, glad you asked, and the answer apparently according to the developers equate to two very specific features along with one “feature” in the air quotes. The two actual features are the dynamic arena where *KERAZEE* things happen, this is usually limited to random crap falling from the sky, such as ambulances, military cargo trucks, burnt out cars, Thor’s hammer, 10,000 ton weights, mechanical pandas (yes, really), Tetris blocks (why?) and other memeworthy stuff, which ties nicely into feature two!

Twitch integration, because THIS zombie shooter is clearly for the twitch voting crowd and allows people to vote on what’s happening in the arena. The player gets a say in their perk picks (to a point), but the arena is very much left to the audience who can torture them as much as they wish. Now this might BE the intended market for this game, and if that’s the case, then the score and rating I’ve given it may be somewhat less relevant, because for the twitch streamers and their associated hordes, this might be catnip? Voting on sending tetris blocks down to mess with their associated streamer? That I can see being entertaining in a twitch kind of way. But if you’re not interested in the twitch functionality, then that’s a HUGE strike against this game, and renders a big component of what makes #killallzombies tick effectively obsolete.

That last “feature”? A SoCal (that’s Southern California) style opening theme track. It really sets the tone for the game. Rock on dudes, time to go kill those zombies, all the zombies. Again, this seems to be a feature that is more for the Twitch crowd, give it a Tony Hawk’s style soundtrack and make it “KEWL DEWDS!” to get them to rock out to zombie killing. For me? No. Just no. I like my zombie killing with more spice, like Nation RED, or with more anger, like Left 4 Dead.

Minus these features which all seem tailored to the twitch crowd, what we’re left with is a mechanically so so horde shooter with worse gun selection than Nation Red or Crimsonland and a lot of twitch heavy features that don’t really play well for Single-player or non twitchy types. Oh dear.

Does it have ANY redeeming features?

Survival mode is an unbearable chore. The Tower Defence mode however does redeem itself A BIT by having the ability not only to buy and sell the towers, but the towers THEMSELVES are essentially stubs that come retrofitted with pistols, which you can then socket better weapons that you find in the arena into, in effect allowing you to upgrade your towers on the fly as you run over pickups and scoot them back to your towers. THAT makes the game a fair bit more interesting from the TD tower aspect (albeit seriously exploitable when you suss out the flare gun / uzi / M16 combo can utterly shred damn near everything when placed correctly). Co-op mode, can’t comment, I don’t evaluate or judge games based on “if they’re fun with friends”, if they’re not fun alone, then a friend isn’t going to save them.

Oh dear. I take it I should shamble away from this?

Oh yes. #killallzombies? #killthisgame. With fire. With chemical fire. May it burn and never see the light of day again. Seriously. Steam has Nation RED and Crimsonland, both excellent games. It does not need a less competent version of Nation RED with twitch and KERAZEE arena stuff which isn’t actually that crazy and a terrible Tony Hawk’s style soundtrack to make me think I’ve just been torn back to the early nineties. Do not buy this game, do not even buy this game on discount, if you get it in a bundle, do consider giving this game as a gag gift to someone who drinks lots of beer and thinks gaming is a “nerd” thing, they’ll love it.

For anyone who actually -likes- gaming and -enjoys- the hobby? Run. Save yourselves.