Livelock describes itself as a co-operative top-down shooter but the more I played it, the more I felt like it had some influences from action RPGs in terms of combat. Take a pick from one out of three different characters, each with their unique play style, and unleash havoc in a barren Earth. 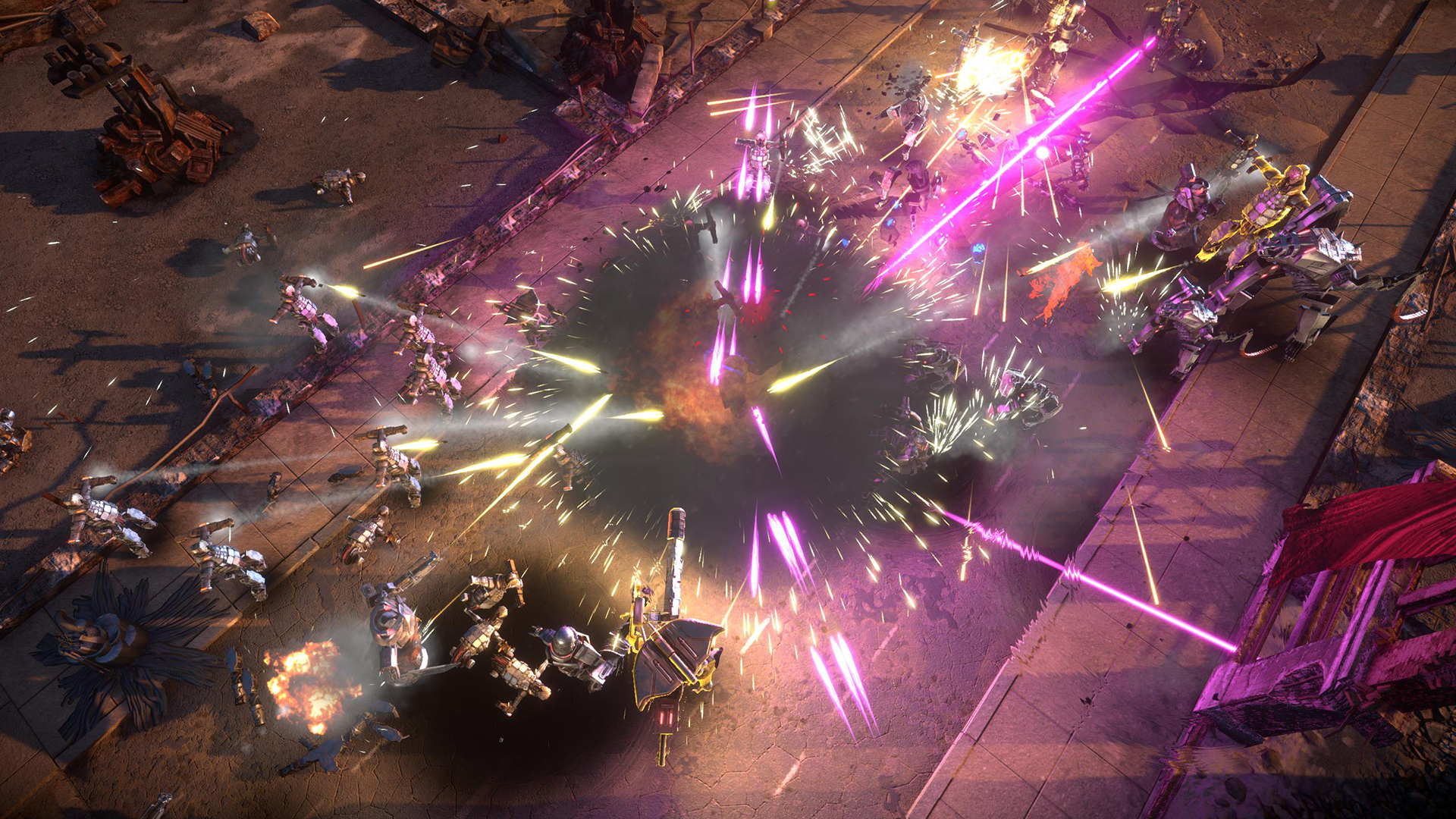 Many centuries ago, top scientists noticed that a nearby star was dying and that would destroy all organic life on Earth. In response to this, the great minds of the scientific community decided it was time for Humanity to evolve, and so they uploaded the minds of a scientist, a soldier and an athlete into their own robots. Furthermore, a plan to restore organic life was set into place under the supervision of an AI stationed on Earth’s orbit and the Mainline Network was created storing the minds of many other humans. As always, not everything goes according to plan and the cataclysm ended up being more destructive than people had anticipated which led to the corruption of the Mainline Network. As a result of that, the Mainline Network was shattered and split into 3 clusters which now fight among themselves in a never ending war for planetary resources.

In the aftermath of this catastrophe the SATCOM AI supervisioning the restoration of Humanity spends centuries looking for “The Few”, the first 3 minds to be uploaded into a robot, the last hope of salvation. This is where you come in. 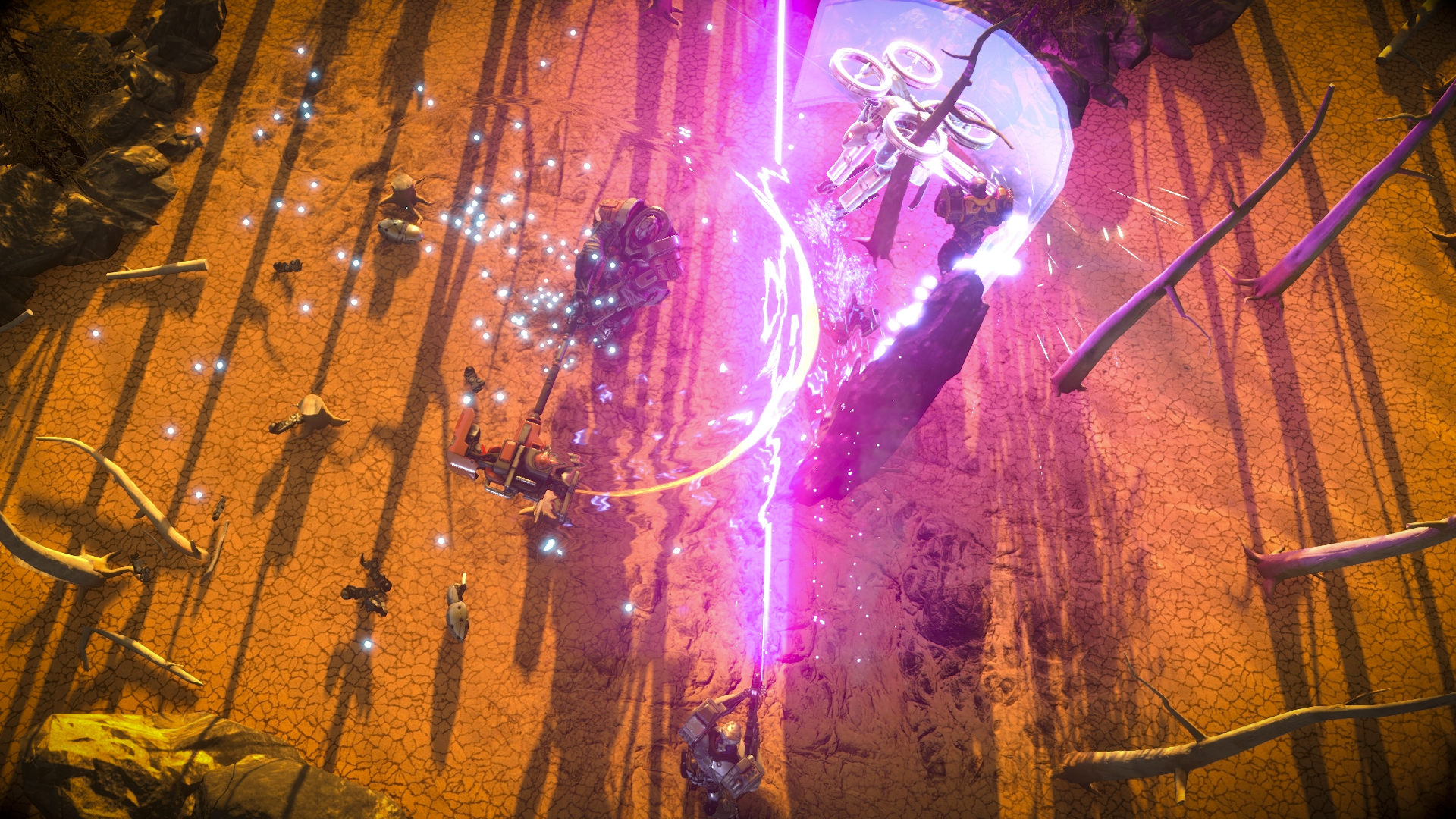 While some of the dialogue might come out as rather cheesy, I really appreciate that it is filled with references to tv shows and other games. The audio logs that are usually scattered throughout the levels do provide some really neat background story building. If you’re like me and you want even more lore about a certain game world, then you can also check the Database on the main menu, which contains various cards with information about every enemy type, weapon and functions. Personally, I’m really into reading every single piece of extra information/lore most games throw at me, so I really appreciate the fact that there are some tiny bits of extra story in here for good measure.

If you’ve played top-down shooters such as Crimsonland and Nation Red, the core gameplay of Livelock will feel pretty much like that. 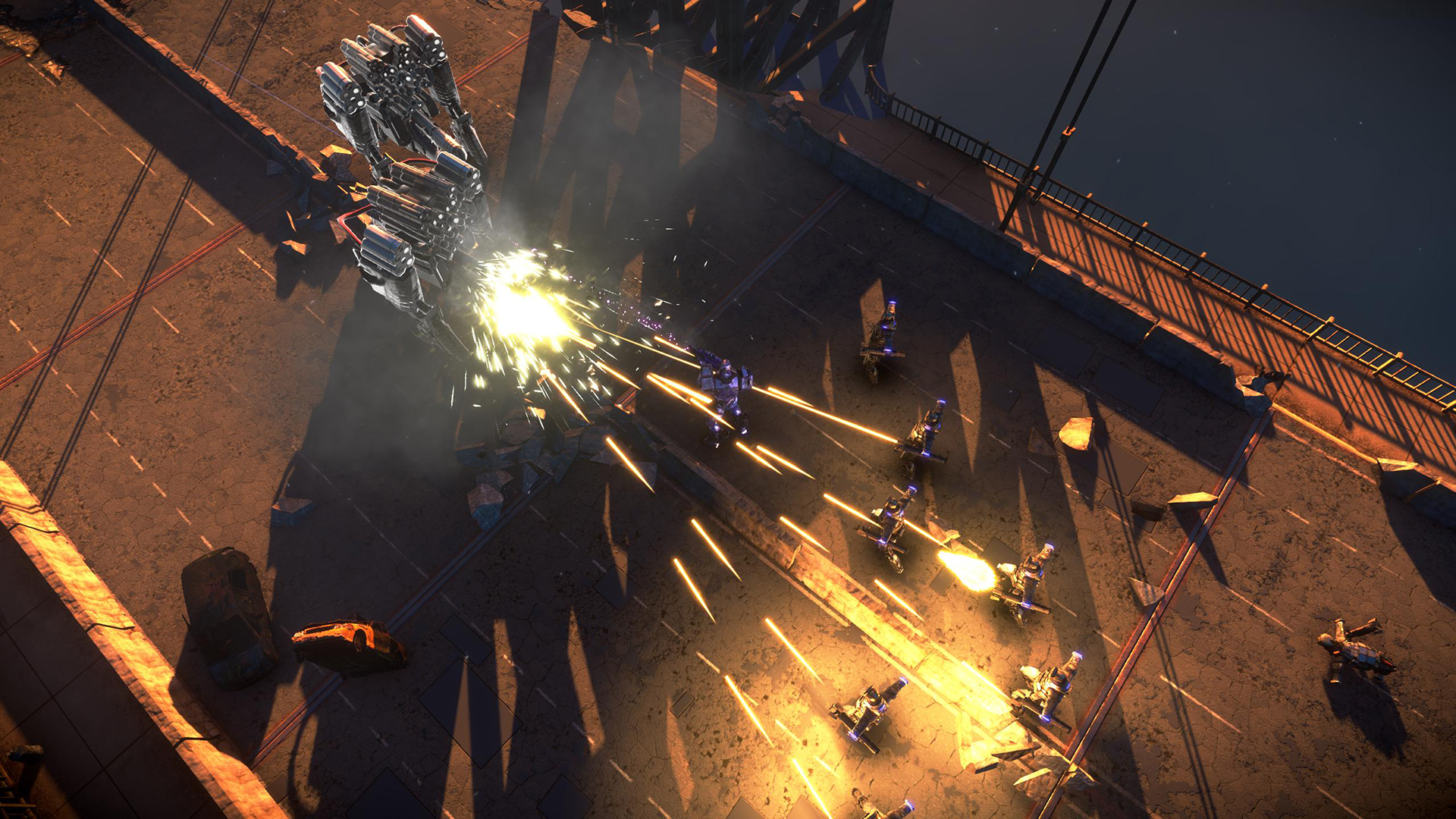 If you compare Livelock to these other games, the gimmick that makes it stand out is the existence of 3 different classes. You have a skilled marksman which focus on critical strikes and hit and run tactics, a tank which can sustain heavy amounts of damage and deal with enemies at close range by specializing in melee attacks and then you have another one which acts as some sort of support class and her combat style relies on combat drones which she controls. As you play you’ll increase your character level and unlock new abilities and weapons. These abilities, called “functions”, allow for different play styles depending on the ones you choose and each of them can be upgraded with mods which you’ll also unlock. Customization goes beyond that however, since you’ll also be picking up different cosmetic items (firmware) to decorate your chassis which can either be picked up from dead enemies or secret areas which usually contain hidden audio logs as well.

As far as game modes, you can player either the Campaign or the Open Protocol (OP) Mode. OP mode is basically a score attack/survival mode in which the goal is to survive for as long as possible and get the highest score you can. You also have 3 different difficulty modes to choose from but, having completed the game on the hardest difficulty, I must say that the game is rather easy, especially considering that there are no lives, everytime you die you’ll be able to spawn again via a drop pod (except in OP mode). 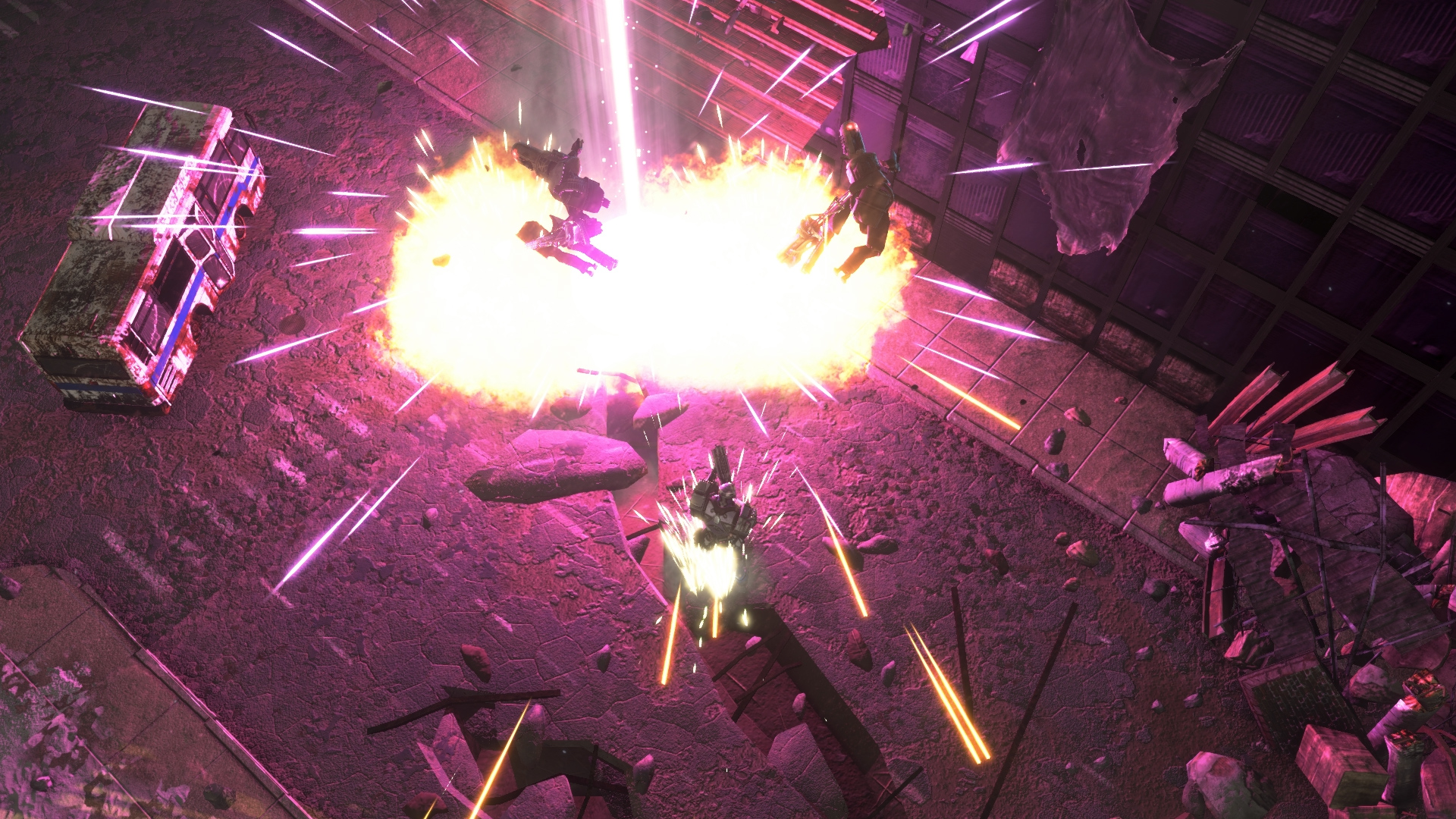 As far as visuals go, the particle effects look good and, at the same time, don’t get in the way of the gameplay. On the other hand, during some of the close up “cutscenes” you can see that textures aren’t that great but when you’re playing from a top-down perspective that isn’t really noticeable. In terms of audio design, I believe it plays a huge role in making each and every weapon sound and feel unique and overall the game just sounds great.

Despite having a good amount of time with Livelock I can’t really recommend it to the regular player at the current price, if you’re a hardcore fan of the genre that is a whole new story. The campaign took me about 6 hours to complete on the hardest difficulty and I managed to max out one character. I could replay the campaign with the other 2 characters but it would feel like I was playing just for the sake of leveling up those other characters.
To sum things, I recommend that you either buy this on sale or that you make sure you get 2 other people to play the game with since the co-op factor can vary things up.