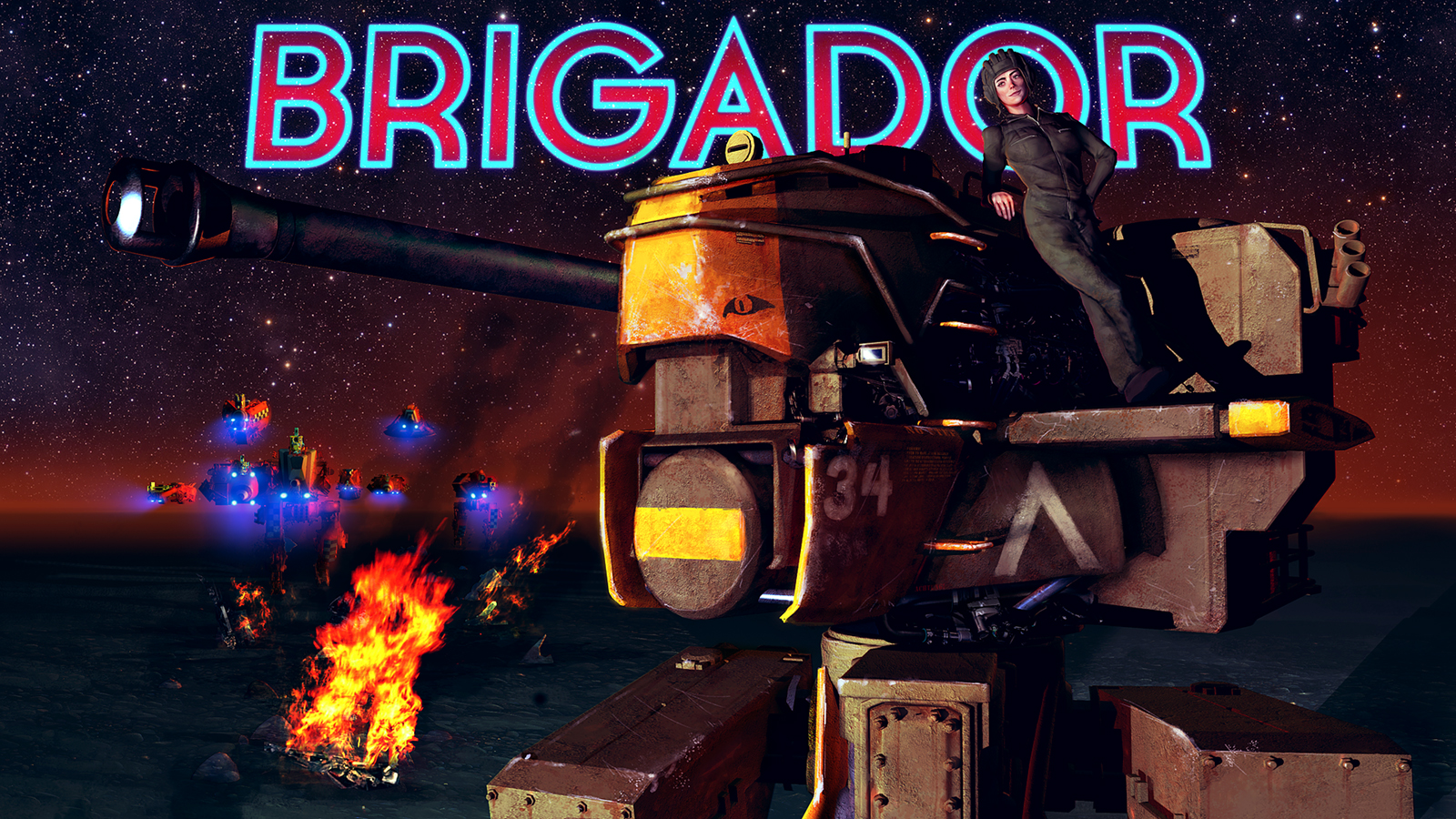 I remember the time when I first saw the reveal trailer for Brigador (back then it was called Matador) the first thing that came to my mind was Future Cop: L.A.P.D., a game which I used to play on the original PlayStation. At that time, just for the sake of nostalgia I knew I was going to play Brigador eventually, that time finally arrived.

Brigador takes place in Solo Nobre, one of the several colonies in the Outer Colonies region. The Great Leader of Solo Nobre had implemented a totalitarian regime and adopted an isolationist stance by building orbital guns that would shoot down any spacecraft that would approach Solo Nobre atmosphere, thus preventing supplies and help from Earth and other colonies to arrive in the planet surface. Now, the Great Leader has been killed and it’s up to the Solo Nobre Concern (SNC) and its hired Brigadors to liberate Solo Nobre from tyranny and its 3 major factions who’re trying to seize control, the loyalists, the corvids and the spacers.

One thing I really like about Brigador, which I feel like some people won’t, is the fact that all of its lore is delivered via text and most of it you have to purchase with credits that you get by completing contracts. These pieces of intel can be about the design process of certain mechs, locations which you’ll visit, factions, the background of the Solo Nobre colony, among others. These are really engaging and I’ve spent a fair amount of time reading through several entries, I just wish there were more of them. That said, I would’ve liked to have seen a more streamlined campaign mode, perhaps even with dialogue and voice acting. 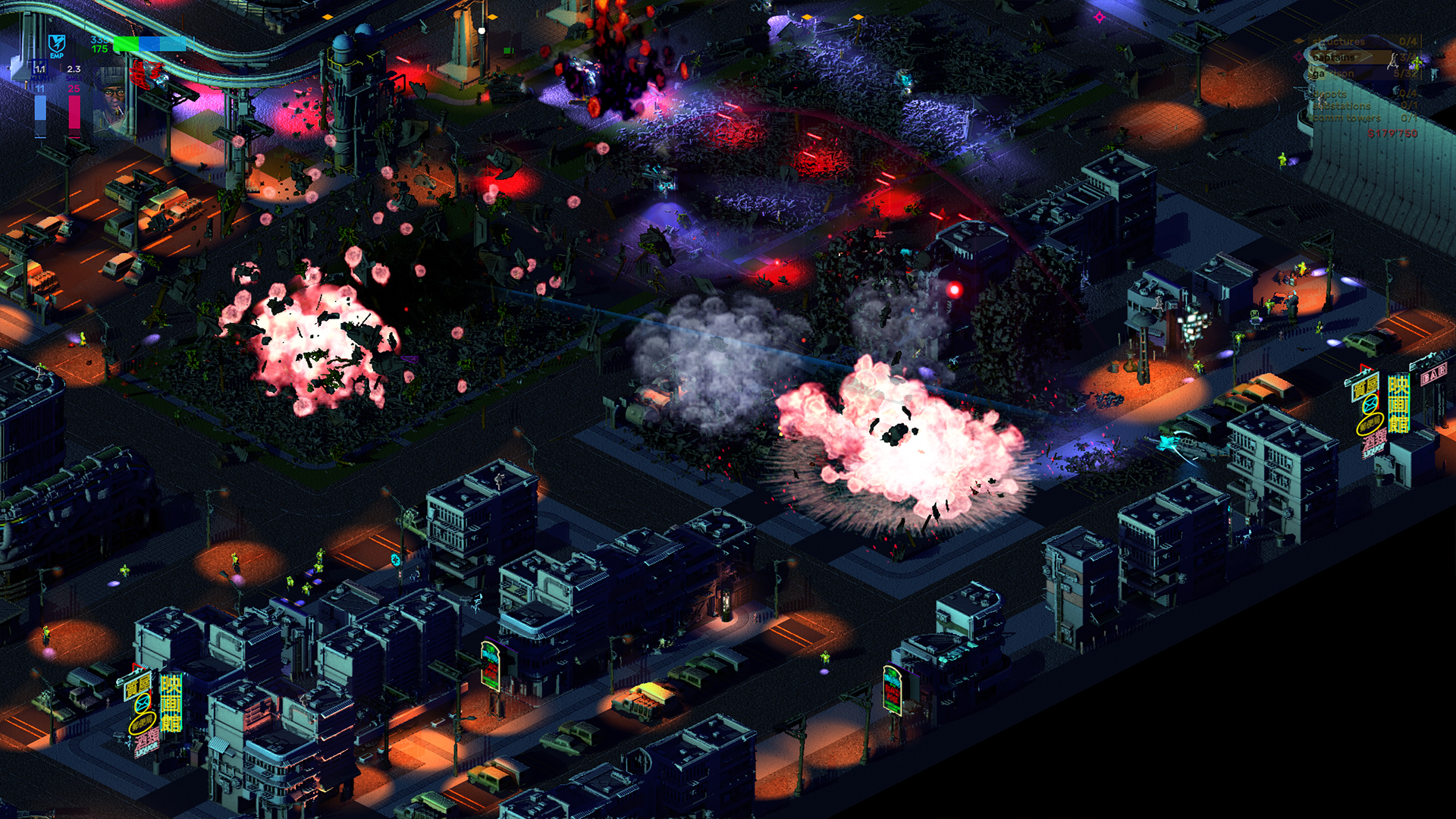 There are 2 different modes in the game, Campaign and Freelance. The Campaign mode isn’t really you standard “campaign mode”, it’s more a series of challenges that let you get your hands on various types of weaponry and units. There are a total of 21 levels in the campaign and these can take between 5 to 15 minutes to complete depending on how you play and if you want to go after secondary targets. You can play each campaign level with 1 of 4 brigadors, some more easy to play with than the others. Besides that, every single level also has some sort of briefing that tells you what you’re going to do on that mission, what you should expect and why you’re doing it.

On the other hand ,the Freelance mode is where the real meat of the game is at. You can use your credits, either from the Campaign or this mode, to unlock pilots with different stats, vehicles, primary and secondary weapons as well as different special abilities. After that, you’re able to pick one of several operations. Each operation has various districts you can go through and some allow you to leave the operation earlier in order to save the credits you’ve earned that far, because if you die once you won’t receive any credits. 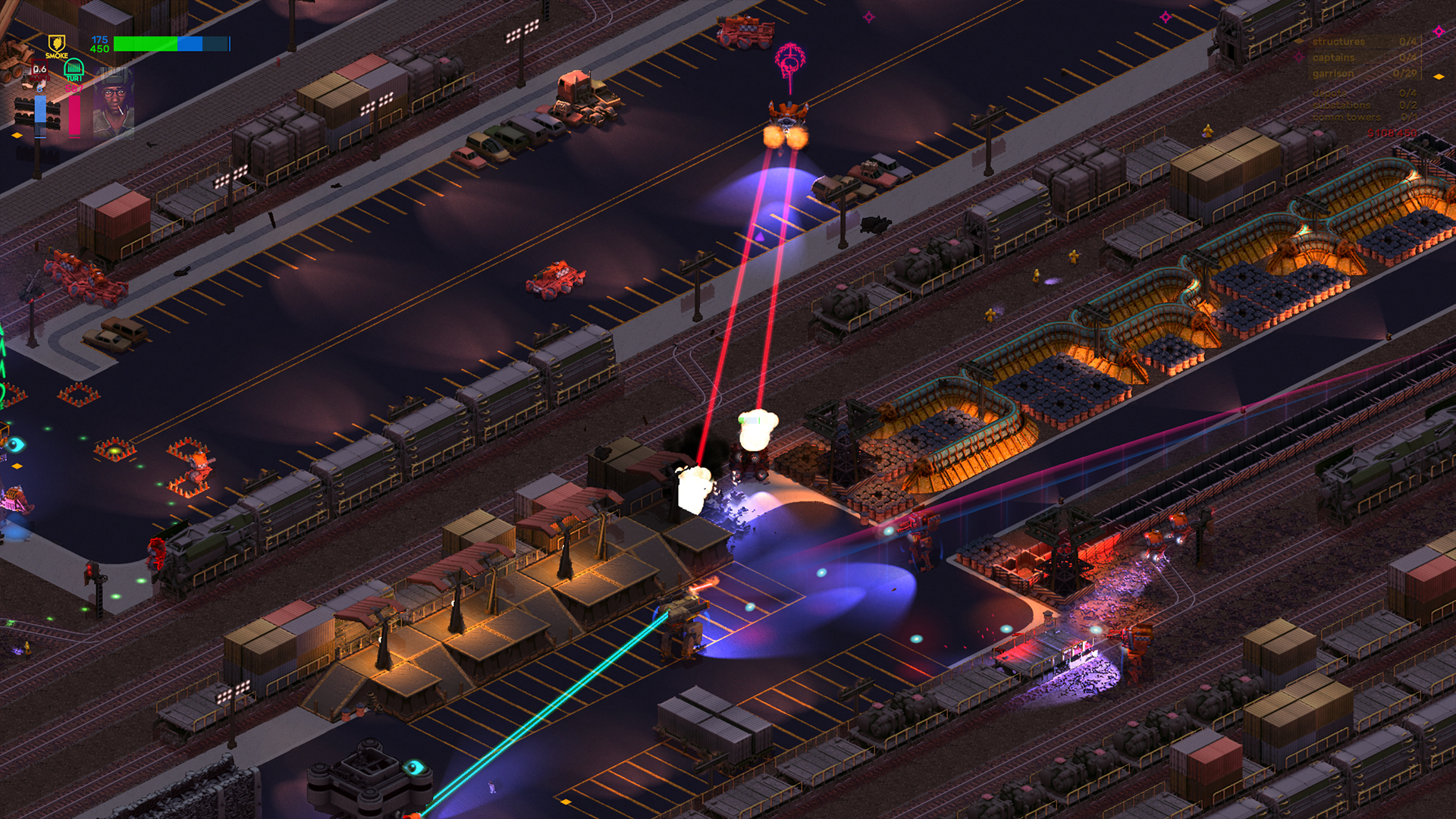 If you boil down Brigador to its bare core what you’ll find is something rather simple, select your Brigador, your pilot, your weapons, go into a specific zone, kill/destroy a certain target and extract. Simple. This is where Brigador excels, it takes a very simple concept and makes it extremely varied and challenging. Weapons range from railguns to cannons, lasers to machine guns, each with their own unique weight and feel that depending on your vehicle size and weight can make it so that it recoils back when firing. The variety of vehicles is what really amazes me, 45 different vehicles each with their own design and little description on how they were created and feeling that probably isn’t similar to any other.

There is a rather noticeable difficulty curve that might drive some people off but the devs seem to be working on making different control schemes available to players. Learning how to control and get a proper feel of different vehicles takes its time and is part of the experience. Don’t expect to master playing as a Mech and then switch to a agrav (anti-gravity) tank and still retain the same amount of precision and control that you had with the previous type of unit. Learning the controls and how/how long each Brigador takes to respond to your inputs is vital in order to succeed in the completion of your contract. 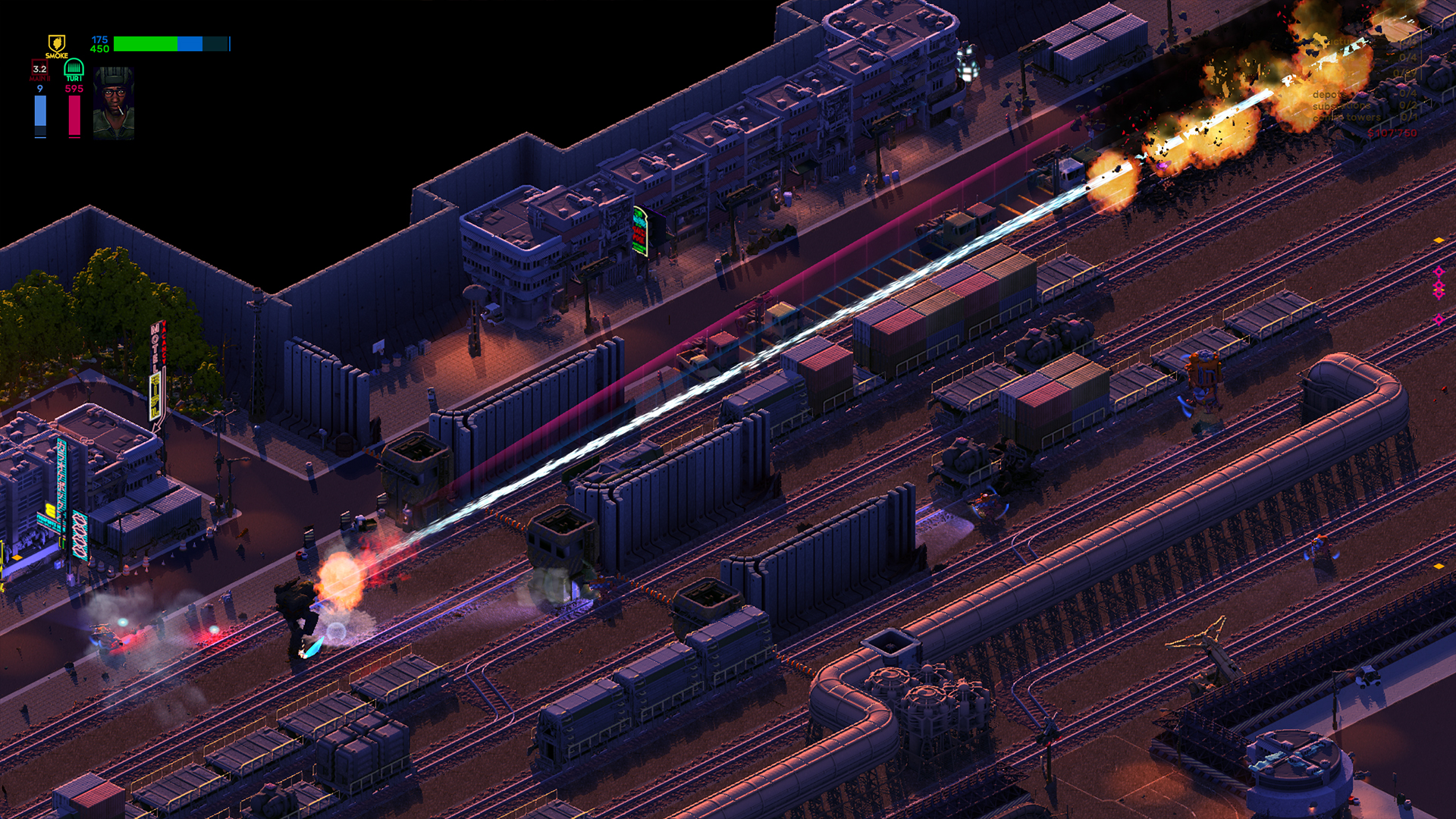 The game doesn’t impose any sorts of rules for how you should approach your objective, be it eliminate an enemy unit or destroy a series of buildings. You chose the way you want to play. Follow the roads and sneak around or open a path across a housing block, everything is destructive and this is perfect for setting up ambushes. Fire a loud shot to attract nearby enemy units and lead them to a gas station, then just sit back and enjoy the fireworks or cause a mess and activate your cloak or hide inside smoke grenades and catch the enemy off guard from behind. There is something extremely satisfying about controlling a giant mech obliterating everything and everyone around you just for the sake of a higher paycheck.

What Brigador does it does exceptionally well. It’s an extremely engaging, challenging and rewarding isometric shooter that gives you the freedom of tactical approach. Cloak, flank your enemies and get out of there before they know what hit them, or pick up a giant metal machine of destruction and raze everything to the ground. You are a Brigador and you must fulfill your contract by any means necessary.

Presentation wise, I really like the way the neon lights and the spotlights on the vehicles light up the way ahead of you. The explosions and debris flying everytime something blows up, the lasers, the projectiles, everything looks so vivid and hectic, just what you’d expect from a post-totalitarian scenario! I’ve also been hooked on the soundtrack and I’ve been listening to it even when I’m not playing the game, it is just a plain joy to listen to. You can listen to some of it here: https://soundcloud.com/makeupandvanityset/sets/brigador-ost

In short, it is a brilliant mindless shooter which could’ve been much more if it offered more depth to the world of Solo Nobre and its characters. Highly recommended!