When I first came across DreamBreak I was really excited by what I saw, the gorgeous pixel art, the lovely soundtrack, which you can listen to in the trailer, and the feeling of a dystopian USSR made me crave for this game.

Now that I finally got my hands on it and beaten it, all I can say is that this is a huge disappointment. I’m all in for this kind of totalitarian dystopian regime setting but despite picturing that scenario, DreamBreak’s world depth is pretty much nonexistent. The real deal breaker for me is the fact that the characters feel very uninspired and have no real personality to them, they feel lifeless and the most you’ll get out of them is a few lines of text. 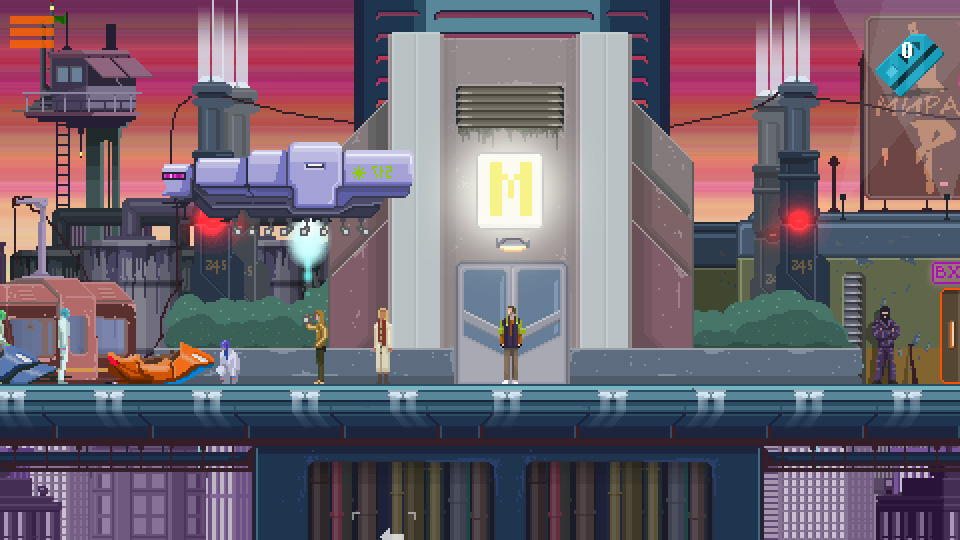 The only things I can really commend about DreamBreak are the visuals and music. The pixel art style will probably drive a lot of people off but for me it looks pretty great, despite the fact that I’d say that the game has some weird color choices. As far as the music goes, I find it pretty good but it’s essentially very short and on a loop so there’s that. Even then there are times in which the music just suddendly stops which sometimes made me wonder if I had lost audio or something.

For me, one of the major issues with the game is the clunky control scheme and I guess that a lot of people would feel the same way. Even at the end of the game I wasn’t still used to the way the character moved. It’s basically a point & click game but it doesn’t feel like it was made for PC, it feels more like a mobile title and to be honest I can’t really say why, I think it’s something you have to play in order to understand. Another thing that really infuriated me was the lack of a save option, there’s not even an auto-save, because in some areas if you mess up in the slightest bit you’ll be forced to do that zone all over again . 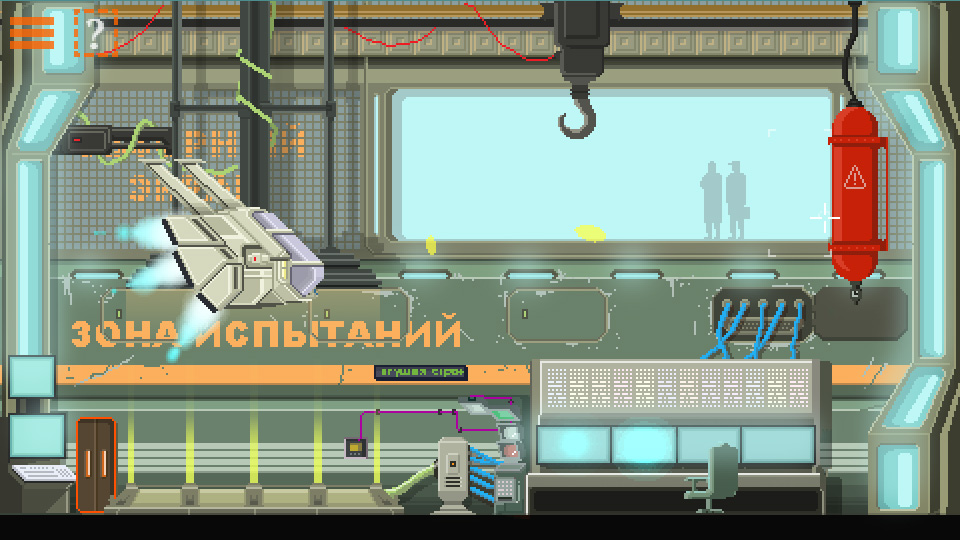 Besides the point & click segments of the game, the game offers some sort of little “mini games” such as plumbing puzzles (like in Bioshock) and the combat itself is also based on a mini game that reminds me of some mobile games. What I mean by that is that if you click in front of you you’ll attack and if you click behind you you’ll enter a defensive stance. I found these funny at the first time but after that it was just more of the same.

I also came across a few bugs like for example, there was this one section in which I had to move a series of crates by using a magnetic crane, but if I grabbed the edge of the crate that was attached to the crane and then moved the crane my character would just sit there grabbing nothing but thin air.

Honestly, I don’t really recommend this one. It feels like I spent about 2 hours playing a game without any sense or meaning to it. The setting, the visuals and the music are spot on but everything else just fails to deliver and thus I can’t recommend it, especially considering its short length.
This game was reviewed by Zorder, click here and check his other reviews.
Tagged asadventure, aist, alternative, beatshapers, digerati distribution, dreambreak, dystopian, pixel art, regime, released, review, totalitarian, ussr
Share:TwitterFacebookRedditPinterestWhatsAppEmail