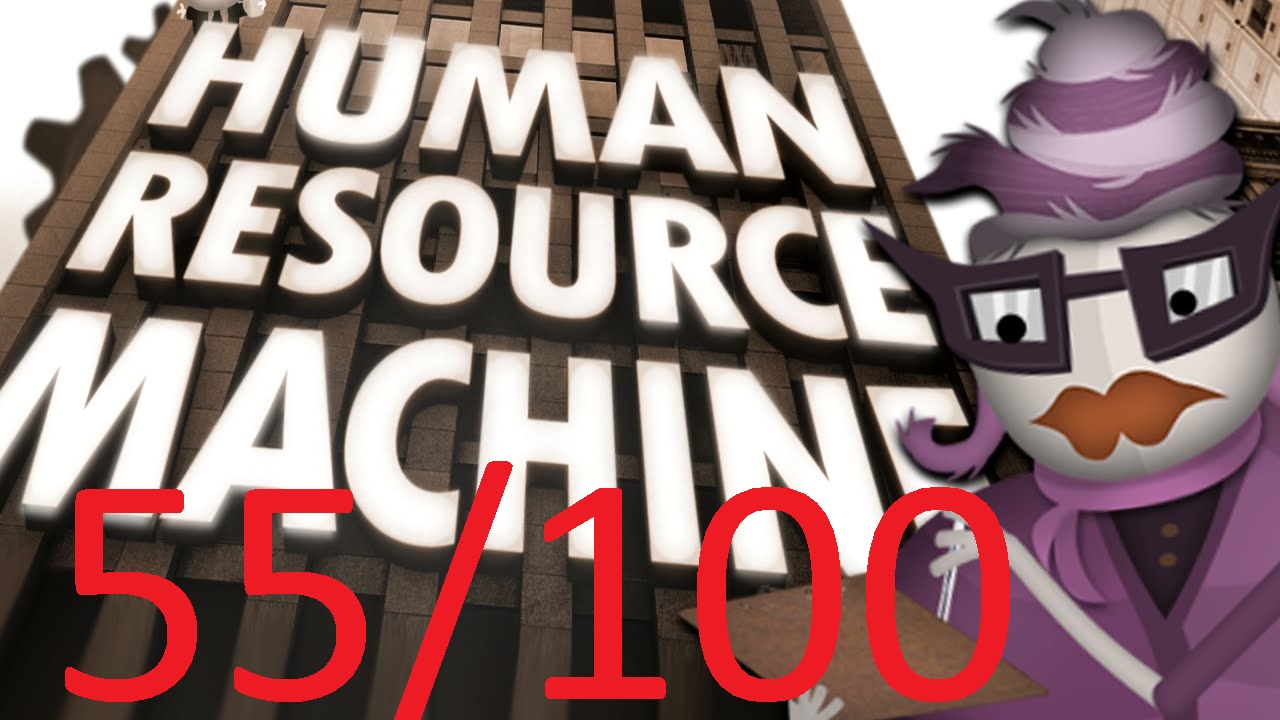 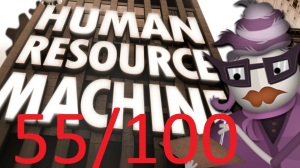 Generally I don’t like puzzle games or games where I need to think a lot, but when I saw Human Resource Machine, I liked it and thought to myself that this could be a fun and good puzzle game and I wasn’t wrong, not fully.

To live, you need to work and without work you can’t play games, right? I also assume that there are a lot of gamers or people generally that only works because they need to. People always say that you need to work what you love to do. So if you like working in the office, you will be office worker, if you like working with the  wood, you will be a carpenter. You get me? But most of the time people end up working something they don’t like, but since you need to work to live (survive) you’ll do anything. Something similar is happening in Human Resource Machine or at least it looks like that. You are just are regular and normal person that comes every day to the office and works his ass off for a misery wage and a lot of stress. Plus you must think a lot and when you get promoted, you get more and more job, harder job.

The game is labeled as nerd game or game for nerds. As most of the programmers are nerds? Well that’s just an old prejudice, but in today world anyone can be a programmer and it’s not anymore a sci-fi, if you have time and will to learn, especially with the help you can find on the internet. Then again there are some educational games through which you can learn how to programme in certain programming languages or just to give you the basics. Programming isn’t just writing lines and lines of the code, you also need to think as a programmer, because most of the time you will end up solving problems. Human Resource Machine uses his own kind of programming language. You don’t need to write anything in this game, you drag and drop commands. The whole game is designed as one big program and as you finishes the levels and get promoted, you will get more commands to use and harder puzzles to solve. In the beginning you only have two commands, but in the end you will have 11 commands. Apparently with use of all eleven commands you can simulate almost any computer algorithm in the world. As I said this is very educational game? Even though if you are not going to learn how to program in certain language, you will still get the feeling and awareness what is like to be in or be a part of the programming process. A lot of thinking and solving problems. Nothing is easy in programming and this game replicates it very good and that’s maybe the problem.

Why is that a problem? Today when you mention a puzzle game, most of the people get already rejected, because they know they will need to think. No matter a lot of thinking or not, people don’t like to think and to use their brain in this modern times and today developers tend to make simple and fun games. There are still some complicated games, but they are not so complicated as games were before. Human Resource Machine can be fun and not, that depends on the type of the person playing the game. As I said I am not one of those people who love playing puzzle games, especially when you get stucked and you just give up. On the each level in this game you will need to move letters, numbers from the inbox to outbox. From the left side of the room to the right side of the room, but each level is different and harder than the previous one. For example in one level you needed to only move ZEROs from the inbox to the outbox, then you need to grab first two things and put them to the outbox in the reverse order. That’s just first few levels, that are easy. I admit that used help from the internet, because some levels were just hard and I just gave up and that’s the main problem of this game. This game will try to teach you and entertain you in the same time, but it fails, not a lot, but it fails. I don’t want you guys and girls to take this fail as a harsh, bad word. They just didn’t find the balance between learning you how to program in their own language and how to have fun in the same time. It was fun most of the times, but when you get stucked and you need to think a lot, then you don’t have fun at all. Same thing is with the programmers. I like to watch people streaming on the Twitch and trying to learn something and a lot of times I saw programmers, getting stucked, most of the time they would solve the problem, but sometimes they wouldn’t and they were just annoyed, not happy. You get it?

To be honest I had some expectations from this game, they weren’t so high, but still. When I saw pictures and videos, I thought to myself, I need to try this game, because it looks like a fun puzzle game or something similar. In the end I am a little disappointed. Even though this game has few moments, but mostly it’s not so fun and interesting, at least not me and I think for most of the people. This game will be fun to people who likes puzzle and similar games. As you progress and get to the higher and much tougher levels, the all fun in the game is slowly fading away and because of that I really can’t give this game a good rating. I only recommend Human Resource Machine to the fans of puzzle games, games where you need to think (a little bit more) and similar games. Please do enjoy in it, but I wouldn’t recommend this game to the most of the people.

P.S: This game is good too, if you want to learn how to program or to at least learn how to think as one programmer