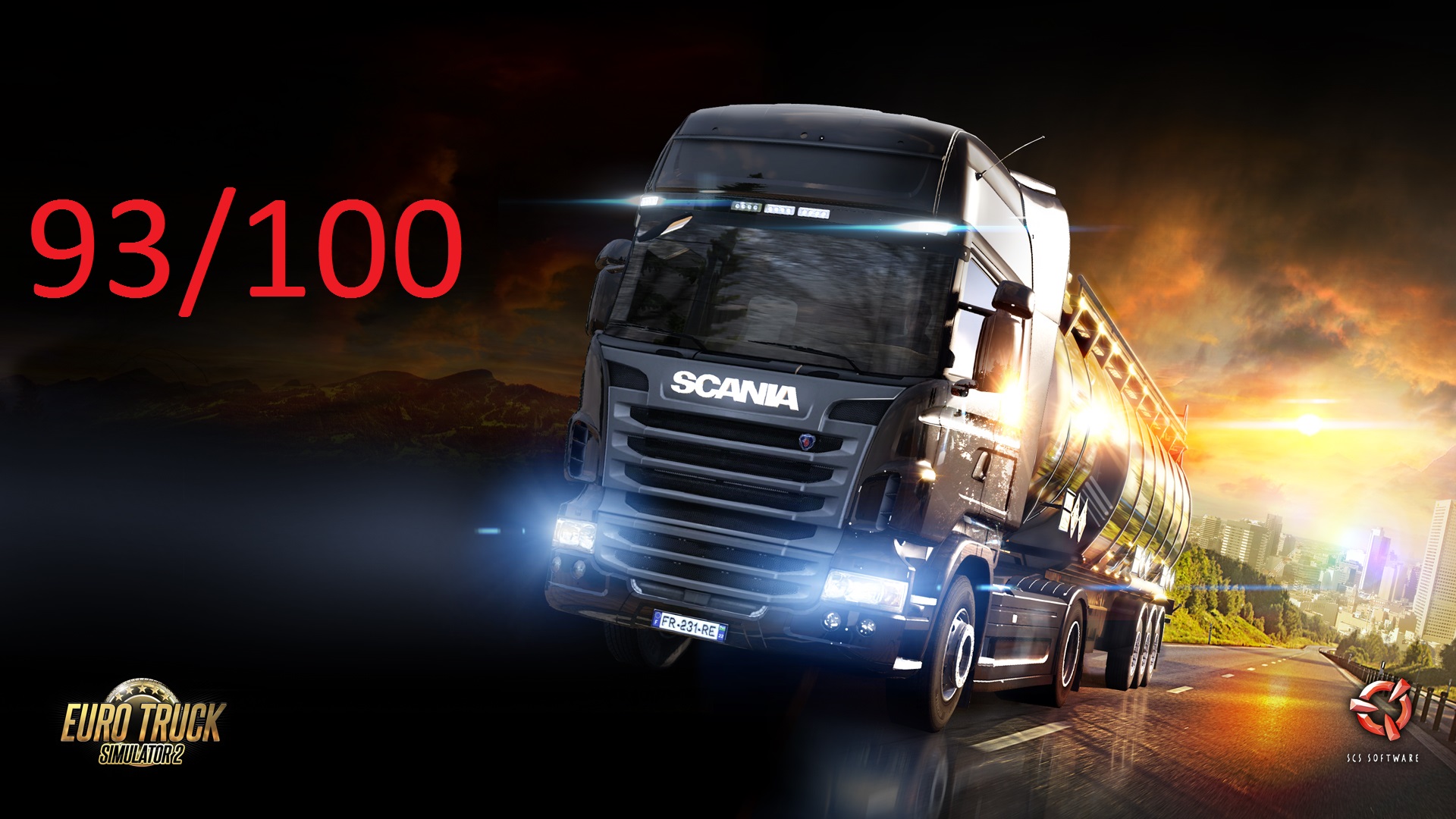 This is the first time I am reviewing a game released two years ago or more. The problem was that at that time, this website wasn’t so popular and I wasn’t able to get the game, but now SCS Software gave us the key and we are very thankful to them.

I’ve seen a lot of videos in which people make fun of this game and similar games. I mean, I get their point of the view, but it’s wrong or to say better they are wrong. I always say that every game deserves a chance. I will probably never get a chance to drive a truck in a real life, so playing this game is probably my only chance to experience driving a truck. This game is great and the best in the genre, the legendary game. This game is even better if you have played the first Euro Truck Simulator, because the difference between first and this second ETS is so big that your impression of ETS 2 is even better then. I also remember when ETS 2 was announced and SCS Software told that game will have the biggest map yet in the genre. As almost in every game in this genre, you create your character and company before driving the truck. In the beginning of the game, you drive for other companies, but you can always loan money from the bank. I don’t know how smart is that, but in my first save I wanted to collect money by myself and buy my first truck without borrowing any money from the bank. After buying your first truck you can hire other drivers and get your company on your feet. You’ll need to spend around 10 or less hours to earn enough money to buy your first truck and start your company. At the time when game was released, the game engine was good. The diving model and simulation was realistic, but now when I look at it, I don’t think so anymore. Even though the driving is still realistic, it isn’t the best and it wasn’t the best in 2013. One thing that I hate is the damage module. I hate when game doesn’t have the proper damage module, I mean if you are trying to make realistic game, then you need to have some kind of damage module. When you hit other vehicle in the game, it’s like you have hit the wall and no matter with which speed you hit the vehicle, there is no damage module. 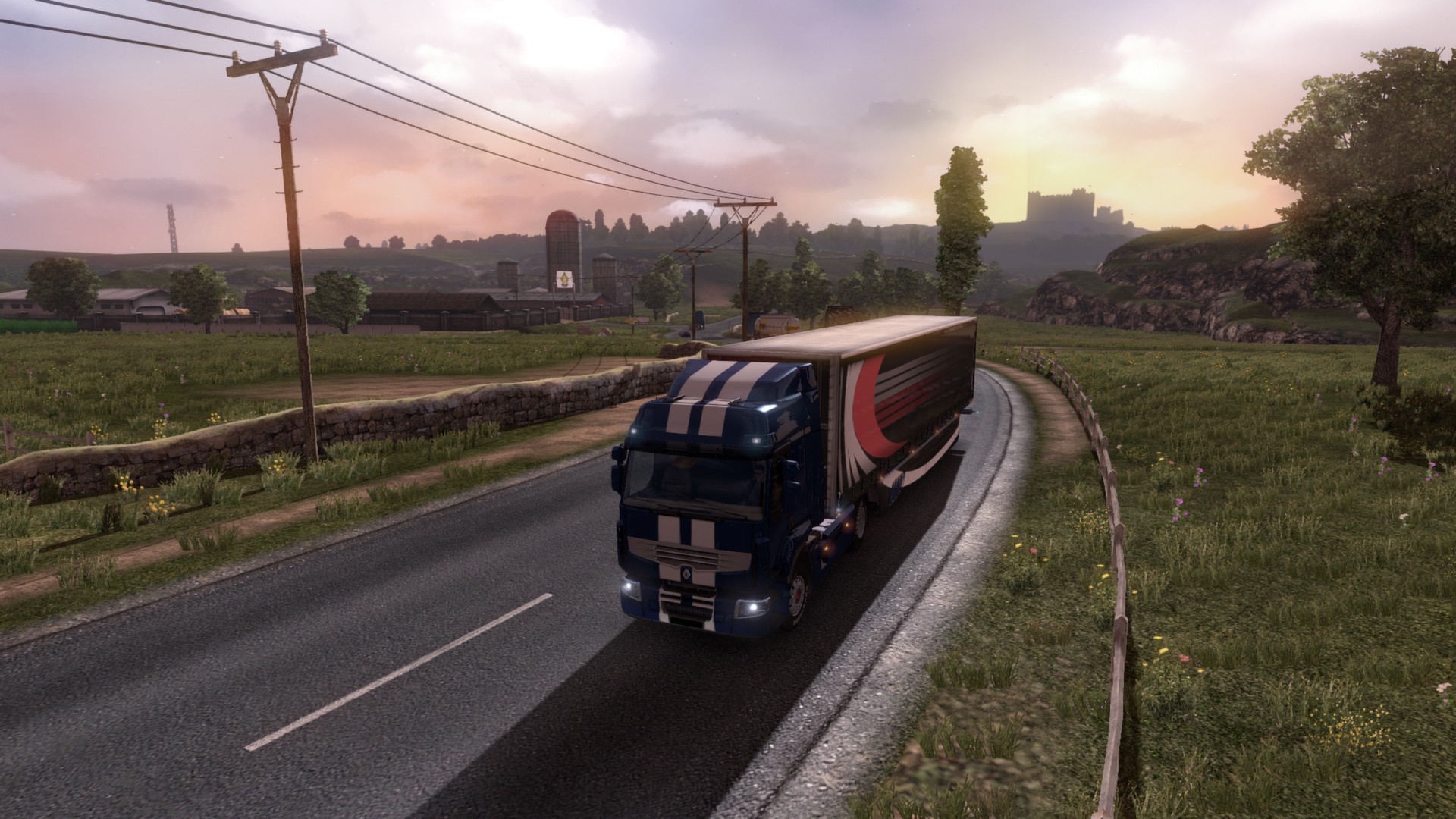 Graphically speaking the game is beautiful, the landscape and the cities are very well designed and they look nice. What I don’t like is that there isn’t a lot of diverse between cities and landscapes. Sometimes you have the feeling that you are driving through the same road or the city. Music in the main menu is good and the sound effects in the game are nice too. I don’t know did they recorded sounds for each truck or they somehow created sounds through softwares, but they are very realistic and each truck sounds different. Default map is decent, but if you buy the DLCs, then your map becomes bigger and you can say it’s big or huge.

Euro Truck Simulator 2 didn’t had multiplayer component immediately at the launch. The game received multiplayer last year and the community response was very positive, but then again I remember when everyone was disappointed and very angry, because of not having the multiplayer from the launch. World of Trucks is separated multiplayer “game” or component. To be able to play World of Trucks you need to connect your Steam account on the WoT website. The way how multiplayer works is that you take a job from the job market on the WoT website and complete it in the game. The catch is if you don’t complete the job, you will be fined and you will lose some money that you earned in single-player mode. The community is very active and you will enjoy a lot, especially if you have friends to play with, you can make convoys and make some beautiful screenshots, which can be featured later in the ETS 2. World of Trucks is just a big plus and big addition to this, already great game. Someone certainly thinks, who the hell review three years old game? I know it isn’t the best or right thing, but first of all I am big fan of the trucking genre and I wanted to see hows the game after so many updates and DLCs added. Also I wanted to play it before the upcoming American Truck Simulator game gets out, just to get that feeling. Euro Truck Simulator 2 is a special game, because it’s the best in the genre. The biggest map, the most realistic driving, the best and most beautiful graphics. The game just has everything, even multiplayer which has been added later, but it doesn’t matter and that’s the beauty of reviewing games few years later. I remember when two editors from PC Gamer talked about reviewing games in this modern times. They said it’s best to review games one month or even two months later and in some cases it’s best to put the review of the game on hold until game gets fixed or it gets more content. Those reasons doesn’t count for this review, because the only reason why I didn’t make review of Euro Truck Simulator 2 before, is the time I spent on this blog and I wasn’t really trying to get it from developers. I was a little off topic in this final verdict paragraph, but all in all, Euro Truck Simulator 2 is must have game in your library and must play game. This is probably one of the rare serious games in which you can’t get frustrated, at least I can’t and there is no pressure while playing.