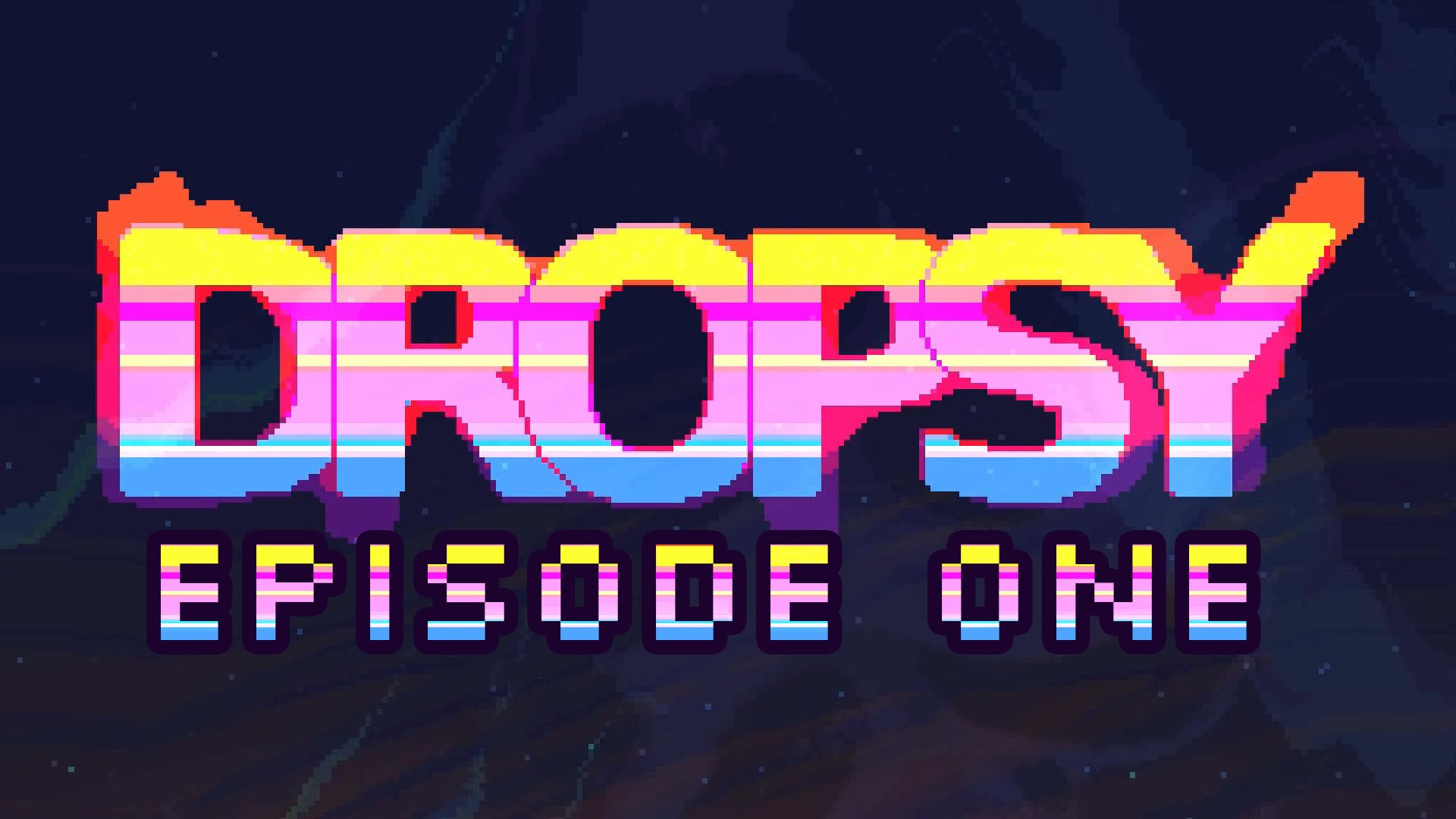 I’ve never tried acid, but if I had to hazard a guess as to what it feels like I’d say it’s a little like playing Dropsy. It is easily one of the strangest games I’ve ever played in terms of its art style, its gameplay and its story. It’s Hotline Miami levels of trippy, but despite all its trippiness it was a surprisingly emotional game; and unlike Hotline Miami, thousands of people weren’t brutally murdered to 80’s themed dance music.

After finishing the game, I felt the urge to do a little detective work as I was genuinely curious about the games origins and who the hell came up with the idea for it. Dropsy started off as a character in a “choose your own adventure” comic that was illustrated by Jay Tholen, who is also the creative mind behind the game. Eventually the comic garnered such a fanbase that the call for it to be made into a game had to be answered. After a few kickstarters, we got Dropsy: The Game. Dropsy’s humble beginnings really do make you appreciate how much love went into the game, and that love is very visible throughout.

At first, you get the impression that Dropsy is one of those games that will leave you feeling a little disturbed. I don’t think there is anyone on this existential plane that isn’t a little terrified of clowns, but after the opening nightmare sequence those fears are put to bed very quickly. Dropsy, despite his frankly grotesque appearance, is one of the warmest, most innocent characters I’ve come across in a video game. His raison d’etre is to help everyone he meets and to dole out as many hugs as he possibly can, and believe me when I say this, you’ll be doing a lot of hugging in Dropsy.

Despite his bouncy, jovial nature, Dropsy is disliked by the vast majority of people he comes across. With a face like that, who can blame them. However, the reason behind their dislike for him is a little darker and ultimately more tragic. The sad part is that Dropsy doesn’t really understand why people are so put off by him, and it really is heart-breaking when he sighs after having one of his trademark hugs turned down. But the truly touching part is that he’ll do anything to make people happy, which he almost always does. If you don’t crack a smile after seeing Dropsy’s childlike reaction to being hugged, then there is something very wrong with you.

What I really liked about the game is the fact that, despite how happy Dropsy is, there is this unshakable sense of sadness and horror behind that happiness. This mostly comes out in the form of nightmares, and I have to admit some of them really do a great job of making you feel uncomfortable, especially after you’ve spent the last few minutes of the game hugging people and helping them overcome their own personal sadness. Dropsy, despite all his hugging, is a clown who is haunted by his past and the story mostly revolves around him discovering more about it.

Dropsy is basically your classic point and click adventure game. You point, click and Dropsy will move where you want or interact with whatever you want. However, there is a twist. Any dialogue in the game comes out as inaudible gibberish, and any writing that is visible comes out looking like something out of Star Trek. From a narrative point of view, all of that makes sense. You kinda get the impression that Dropsy is a few clowns short of a circus (if you catch my drift), and inevitably has trouble communicating with people. But from a gameplay point of view, it makes the game a whole lot more interesting.

When you do inevitably start interacting with the various NPCs, what they’re saying comes out as vague pictures hinting at what they want. This works so well because you genuinely have to work quite hard to figure out how to help them. Granted, some of the puzzles had some very… surreal solutions, such as giving an arm bone to the doorman of a junkyard who wants to make his boss soup, but all of the puzzles made you work for their solutions. And ultimately, puzzles that make you work are always the ones that feel the most rewarding, especially when the puzzles make use of some of the little followers that you accumulate through playing the game. This is very different to say, The Walking Dead, which mostly relied on hints through extensive dialogue to solve puzzles. While that necessarily isn’t a bad thing, it genuinely was refreshing to play a game that relied on a more “show, don’t tell” approach to puzzles, even if it meant my meager skills at puzzle solving were almost stretched to their limits.

Even from a narrative standpoint the lack of actual dialogue and letters only serve to make the game more interesting. Because everything in Dropsy is visualized, it is a lot harder to grasp what is going on in the story. While that might sound like a bad thing, all it really does is force you to pay attention to the characters and your surroundings, so you can find little clues as to what Dropsy and some of the other supporting characters backgrounds are. Compared to other classic point and click adventures, such as The Longest Journey, this is a very different way of doing things. Rather than relying on mountains of dialogue and exposition to tell you a story, Dropsy relies solely on visual cues and then leaves a lot of the story open to interpretation. This does mean that people who aren’t great at looking for clues, however, will feel a little left in the dark by the end of the game. This is exactly what happened to me.

The game also includes side missions that, as you might have already guessed, involve helping people and getting hugs from them. The side missions, while not always being integral to the plot, were a really nice addition to the game and really made it feel like an open world adventure. What I enjoyed most about them though, was how surprisingly emotional some of them were. They’re all pretty straight forward, which also makes them a lot easier to follow, but because the game doesn’t instantly give anything away you genuinely want to figure out whatever it is that’s bothering the person you’re trying to help. And when you do help them you feel great about it because you had to work for it.

Dropsy forces you to keep an eye on your surroundings, which also happens to be the best time for you to appreciate the games visuals. It makes use of the pixel-art style of graphics which is quite typical of games published by Devolver, the same guys who brought you Hotline Miami and LISA. And just like those games, the art style is oddly reminiscent of the late 80’s/early 90’s. Everything looks fairly psychedelic, especially during the nightmare sequences, and really does make the game feel incredibly trippy at times.

The soundtrack was definitely one of the strongest points of the game. Seeing as it’s a Devolver game, I was under the impression that the soundtrack would be more in keeping with the art style, which I assumed would involve abusing the 8-bit synths used in Hotline Miami. But I was pleasantly surprised at just how… pleasant the soundtrack actually was. There are lots of cute saxophone tracks which really make the game very endearing, and what I liked the most is how the day and night cycle influenced the soundtrack. Some of the tracks also felt a little surfer influenced and, coincidentally, helped keep the game feeling psychedelic.

Overall, Dropsy was a thoroughly enjoyable game. It is quite short, but what the game does in the few hours it takes to finish it is pretty damn good. If you’re looking for an emotional, happy game to kill some time with (and exercise your brain a little), Dropsy is definitely the game for you.