I can’t believe how many customizations were put into this game. It looks like a labor of love from its quality, although not without some annoyances.

The Sacred Tears TRUE is an RPG Maker game with card-based battles. It offers 24 main chapters along with 23 side chapters, each can be finished in ~30 minutes.

This is one of the higher-quality RPG Maker games that I have played in terms of visuals and sounds. The graphics might be blurry, but everything was made in great detail to compensate for it. Almost all animations, even if it’s just flipping books, are animated to make it clear as to what the character is doing. Other actions that can’t be portrayed by the sprites are replaced by great-looking cutscenes. The cutscenes themselves look rough at first glance, but they give a unique style to the game. Emotions are captured perfectly with the varying colors that help to enhance them to their fullest. It makes you feel like you were playing JRPGs from the old times, especially with the music that accompanies them.

The story might be a hit and miss to some people. It tells about the life of two people on day to day basis, whether it’s about their friends or jobs. At the same time, the main plot will progress right behind the scenes to create tension for the final battle. However, the story feels rushed at the end with the amount of explanation in the final chapter. Other threats that were built up to that point were also scrapped at the end, making everything feel weird. The game feels like a part of a greater universe of some sort because of it.

On the other hand, the bonding between each character is great. There is no right or wrong in their actions, even the main characters. You’ll take a liking to all characters on each side of the conflict, whether it’s because of their personality or relationship. To be honest, I would prefer if the game was focused more on this side without the main plot. 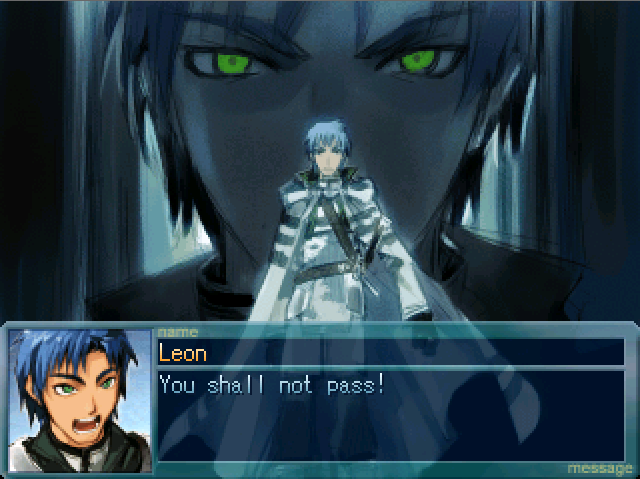 The game has 24 main quests and 23 side quests in total, where the latter one will be unlocked after you fulfilled certain requirements. Each quest can be finished in ~30 minutes, save for the very last main quest that can take longer depending on how you approach it. They all focus on one objective where you need to either explore a new area or simply just talk to everyone in the town.

There are more than one ways to solve your objective. You can try to force your way through or try to get some help to open a locked door. The most straightforward way usually gives less to no reward with some penalties, so you might want to be thorough before making a decision. Although this looks clever, this adds another problem to the game. 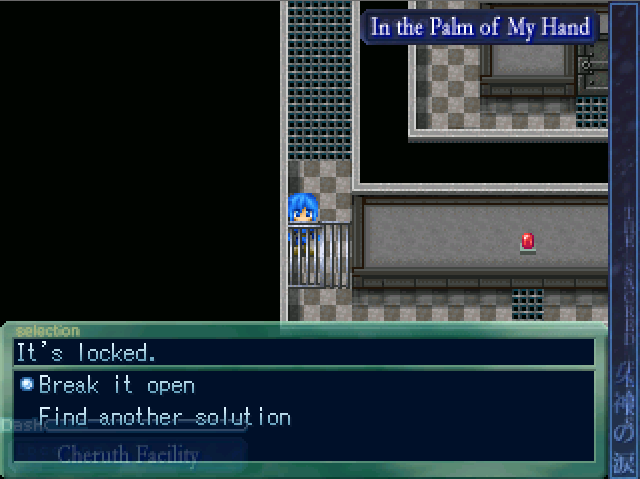 You will be forced to talk to everyone in the town to progress sometimes. Since you need to find out how to solve your objective to get the most reward, talking to everyone in town is unavoidable. However, the town is very vast – there are 4 blocks with numerous amounts of buildings and people to enter and talk to. It can be tedious talking to them every time you are stumped. Moreover, some NPCs will give the same dialogues, furthering no reason to talk to them over and over again for a slight chance that it might change later on.

Combat is unique. You have a set of cards with different icons and points in them. You can put 3 cards into play each turn, pitting each of them against the enemies’. The higher point card between the two will then be active, doing an action based on its icon. Since you can’t see the enemy’s card at first, you can try to predict it based on the color, adding strategy elements into it. It was fun trying out the mechanic, although it will soon become another source of problems as well.

Combat is RNG-based. You might have several cards in your hand, but that said card will be replaced after use. Since the card replacement is random, it can be better or worse than your used card. This causes issues in boss fights, especially if the fight takes too long. The game can screw you up by replacing your cards with 1-point cards over and over again, and the only thing you can do is by loading your save and hoping for the RNG to be better. Luckily, the game also tries to mitigate this by giving a lot of health potions drop in battle. Everything becomes more manageable later on, although you might still need a bit of luck to defeat the harder bosses. 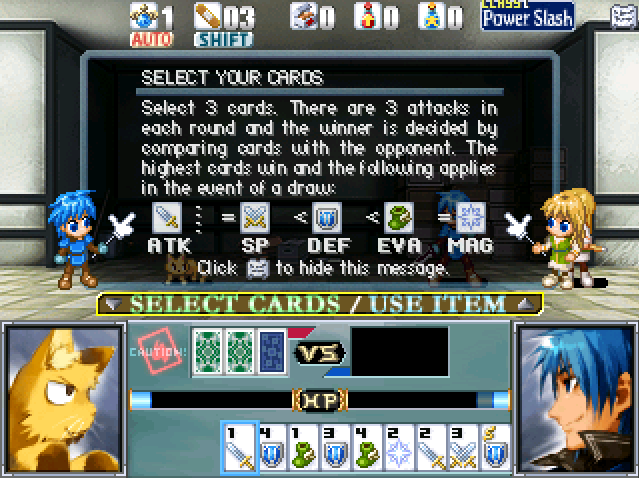 There are too many enemies to fight. Despite using touch-based encounters, enemies tend to be placed in narrow places with almost no way to run from. You’ll have to engage in combat most of the time until you get sick of it. Although it might give a reason to build a better “deck” before going to boss fights, it hinders explorations sometimes. I was too lazy to go outside the town since I don’t want to keep on fighting battles. Moreover, enemies are scaled based on your level, so leveling up will just make normal enemies stronger.

To be honest, I’m not sure how long I spent finishing the game. I forgot to close the game launcher several times whenever I wanted to take a break. I estimated the game to be ~20h long if you use a guide, longer if you decided to explore everything on your own. Most of the additional time will be spent talking to the townfolks to finish quests, however.

The game isn’t hard, but it can be annoying due to the RNG factor. You need to save after almost every battle just in case the RNG screws you up and kills you in battle. I couldn’t count how many times I had to load my save because of this.

One cutscene has texts that are hard to read, even on the lower resolution.

The Sacred Tears TRUE is a hit and miss to me. It’s a high-quality RPG Maker game with a lot of customizations, whether it’s for the graphics or the battle system. However, some mechanics can be problematic sometimes. It can be tedious to talk to all townfolks in almost all quests and reload your save file just because the game decided to give you low point cards in battle. Luckily, both of these points can be addressed by using a guide and health potions – the latter are abundant in the game.

For me, the most memorable thing about this game lies in its cutscene visuals and music. People who like to play JRPGs will feel at home with the quality, especially those who like to play games with similar visuals. However, although it has a great quality for the price it offers, you might want to be wary of the cons before buying.