A must-play for OCD people or those who like reorganizing items.

Have you ever moved somewhere else? Or maybe having a habit to reorganize your items several times because of your OCD? Unpacking can give you that sense of satisfaction by playing it. The game starts as you, someone who just moved to a new house, that need to unpack their items and move them to the appropriate places.

Despite using pixelated graphics, Unpacking doesn’t look like a pixelated game at all. It uses a high pixel count, making everything looks smooth at first glance. The shading is done in such a way as to conceal the pixels between the lines. Moreover, environments are varied between each level with numerous items ranging from big and small. The thing is, everything was made in great detail to make it look like the real thing. I couldn’t praise the visuals enough for this.

To be honest, the only dialogues that you will see from the game are the one-liners that will be told after completing a level. Levels are spread between several years, indicating a person’s life over the years. New items will be brought in after each level, and the old ones will either be replaced or kept. If you have ever watched Toy Story, the game gives a similar vibe to it. You can see the character growing up, leaving all their toys behind except for the ones that they hold dear. It gives some sort of heartwarming feeling to me, especially when you see recurrence items coming out from the boxes. My favorite is the chicken dolls – they always multiply.

The game is played just like how the title spells out. You just moved to a new place, and you need to unpack your items to the appropriate places. You have to open card boxes, taking out the items inside until there is nothing left. Each level will take place in more than one location, allowing you to switch between them to put items in other places if necessary. Each location will also have its own card boxes and sets of items, and it’s your job to organize them all. The good thing is, you are free to place them wherever and however you want.

Despite your freedom, some items couldn’t be placed in a certain place. I mean, you can’t place a PC in a bathtub, can you? Well, you actually can, but the game will check the item placements after you take out all items and mark the improperly placed items with red marking. You need to reposition them to the appropriate places to finish the levels. 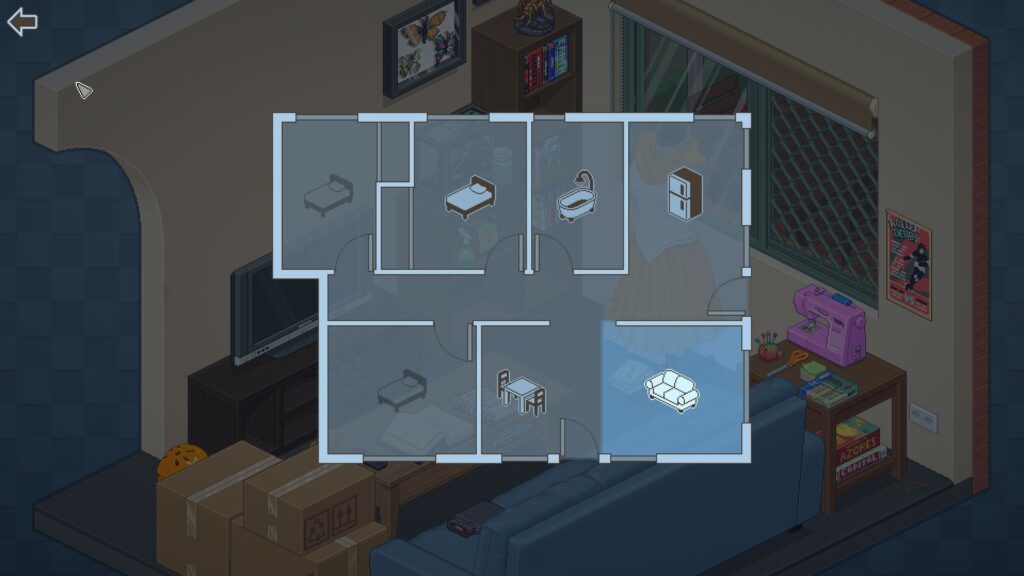 Stacking mechanics make it easy to move some items. You can either place books standing up or lying down, and the game supports both options in its own way. You can put a book in a standing up position between two other books without taking them out, and you also can take out an item stack as one object. This makes it easy to reorganize the items, especially since there are a lot of books to place.

Some objects are just unrecognizable. I’m not sure whether it’s because of cultural differences or not, but some items aren’t making sense to me. Since I couldn’t figure out the items’ names nor their use, I ended up brute-forcing these items by placing them in every location that I could find, hoping that the game will accept it. I still don’t know what those plier-like items or labeled boxes are, but at least I know where they should be located. 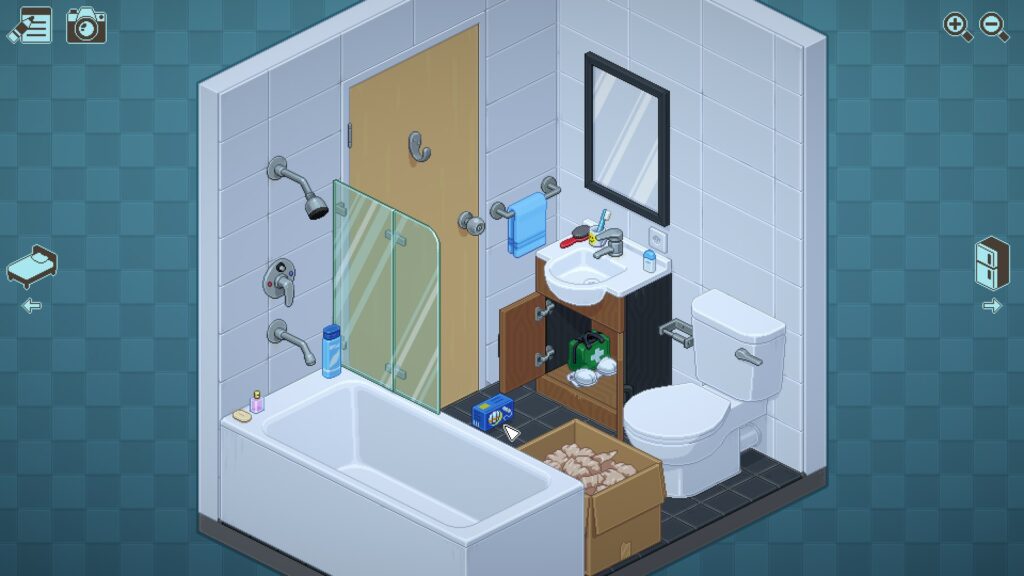 One of the good things about the game is that you can take photos of your current screen. There are a lot of effects, ranging from simple outlines, filters, and even stickers. While the first two can be used right away, some stickers will need to be unlocked before it is usable. The unlocking requirement is usually simple and tied to an achievement, so you don’t have to worry much about it.

Sadly, the game is very short. I finished all 8 levels in 3.5h and spent an extra 0.1h to get the last remaining achievements. The game isn’t hard apart from some unrecognizable objects that you need to place in the correct position. Some levels also have a lot of items that you need to place, and I admit that my solution was kinda messy. I wasn’t quite satisfied with how they turned out since I felt like shoving everything in just to finish the levels. Some people might want to spend more time fixing their solutions and making them look better. 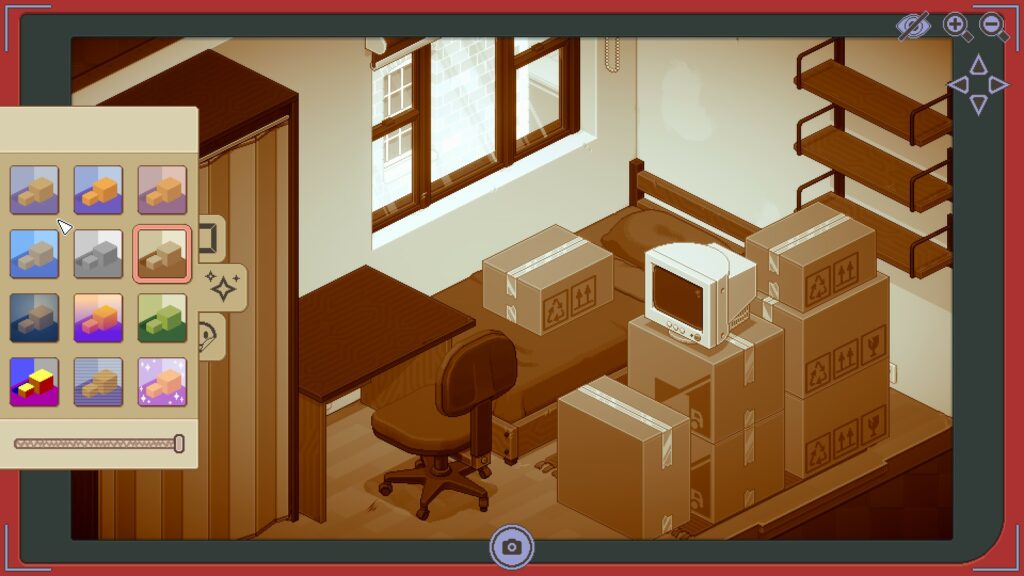 There is one level where you couldn’t reposition some pre-placed items. Moreover, you can’t swap the same items. It takes longer to organize some items because of this.

Unpacking is a casual game for OCD people at its core. You need to love reorganizing items to appreciate them, and the presentation makes it easy to get lost in thoughts. I didn’t realize that three hours has passed when I played the game because of the game’s slow pacing. Moreover, you don’t have to worry about a time limit or anything – you just need to focus on what you want to do. The game doesn’t seem to overstay its welcome either. To be honest, I was about to get bored playing the game, but it ends itself soon after.

I could recommend this game to those who enjoy reorganizing items. However, the game is very short, so you might want to either buy it at a sale or play it in Xbox Game Pass for a lower price. You don’t have to worry about the game’s quality though – its presentation surely won’t disappoint.