When I was younger, I went through what I consider a “phase” of gaming. I became fascinated with a lot of RPG maker games, and played as many of them as I could get my hands on. I enjoy old school RPG’s. JRPG’s, turn-based RPG’s, and I even considered making my own game for a while. This is a dream I haven’t fully given up on, but the point here is: I enjoy this style of game. There’s a lot of heart present in plenty of games like this, and Sorcerous, all things considered, certainly has some heart. 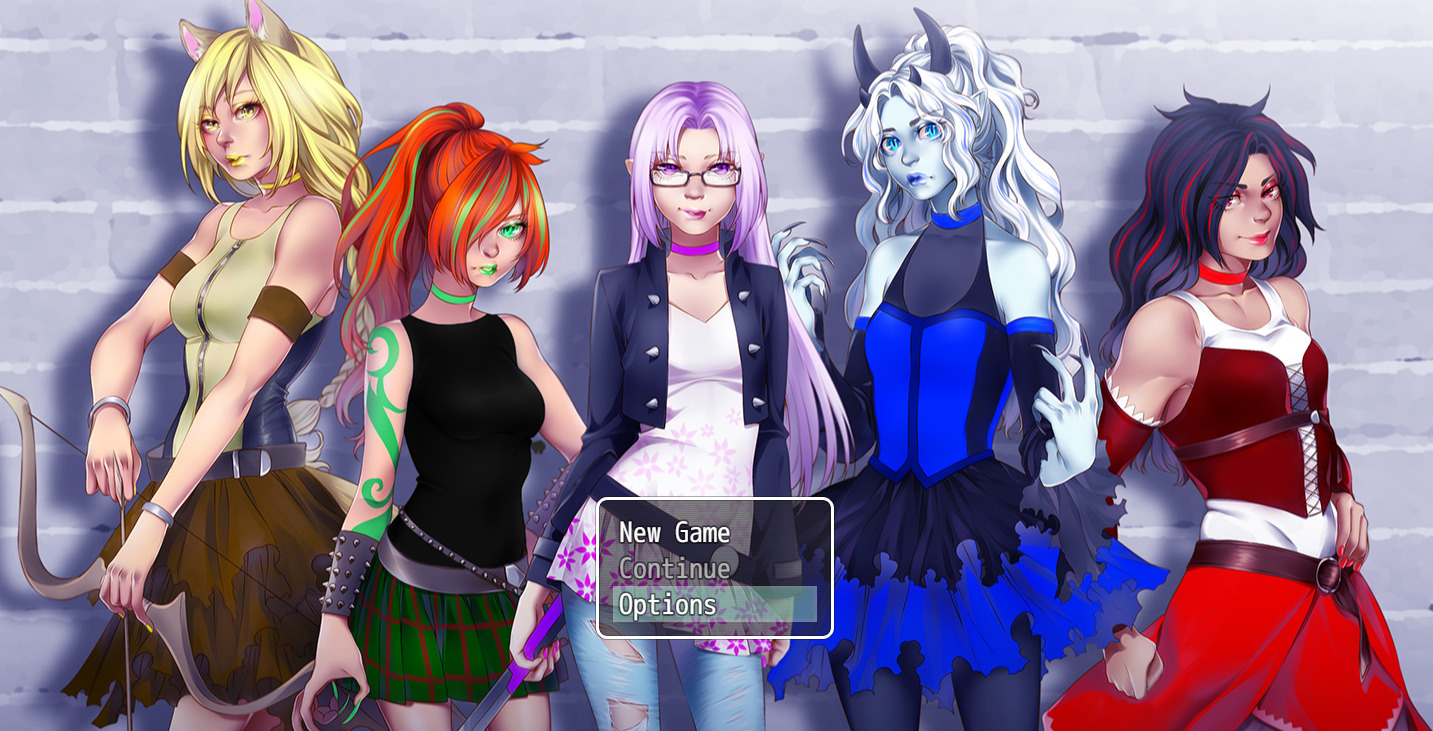 While magical school settings are a bit trite at times, I’m still a sucker for them. They’re fun, they’ve got lots of potential, and coming-of-age stories with a fantastical background is just extra seasoning on an already decent dish. It helps that the various schools of magic are easy to parse if you know D&D, and even some of the monsters are familiar to me just from prior knowledge within those text-heavy monster manual pages. 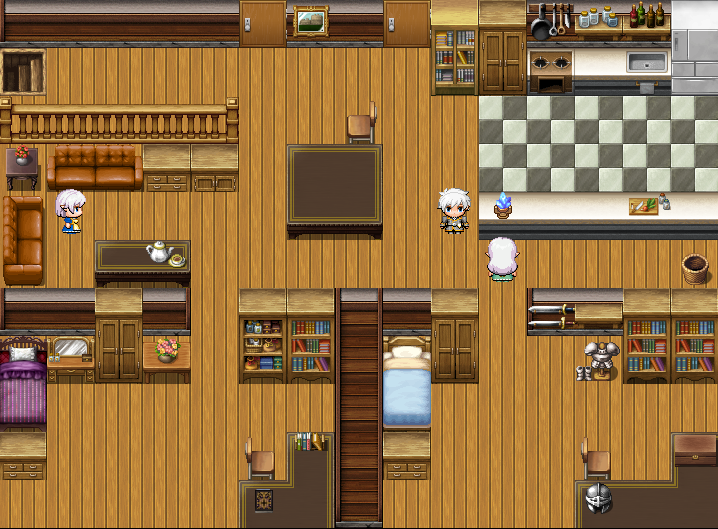 Our main character is a girl named Andraste, and the scene starts in her Aunt’s home as she and her brother prepare for various first days. Decklan (her brother), is preparing to have his first day as an Empyreal Knight. This is, apparently, a part of the Drakest army, and Decklan is sort of a die-hard fan of theirs. So, while her brother is living out his life’s dream, Andraste is going to be going to school at Stormhaven.

During my gameplay, I gathered quite quickly that paying attention in class is important. Particularly if you play this game and have no prior knowledge of magic, Dungeons and Dragons, or general depictions of mystical creatures in pop/folk culture. Learning about the different schools of magic and creatures Andraste and her eventually team will run into is important, and can help keep you alive. 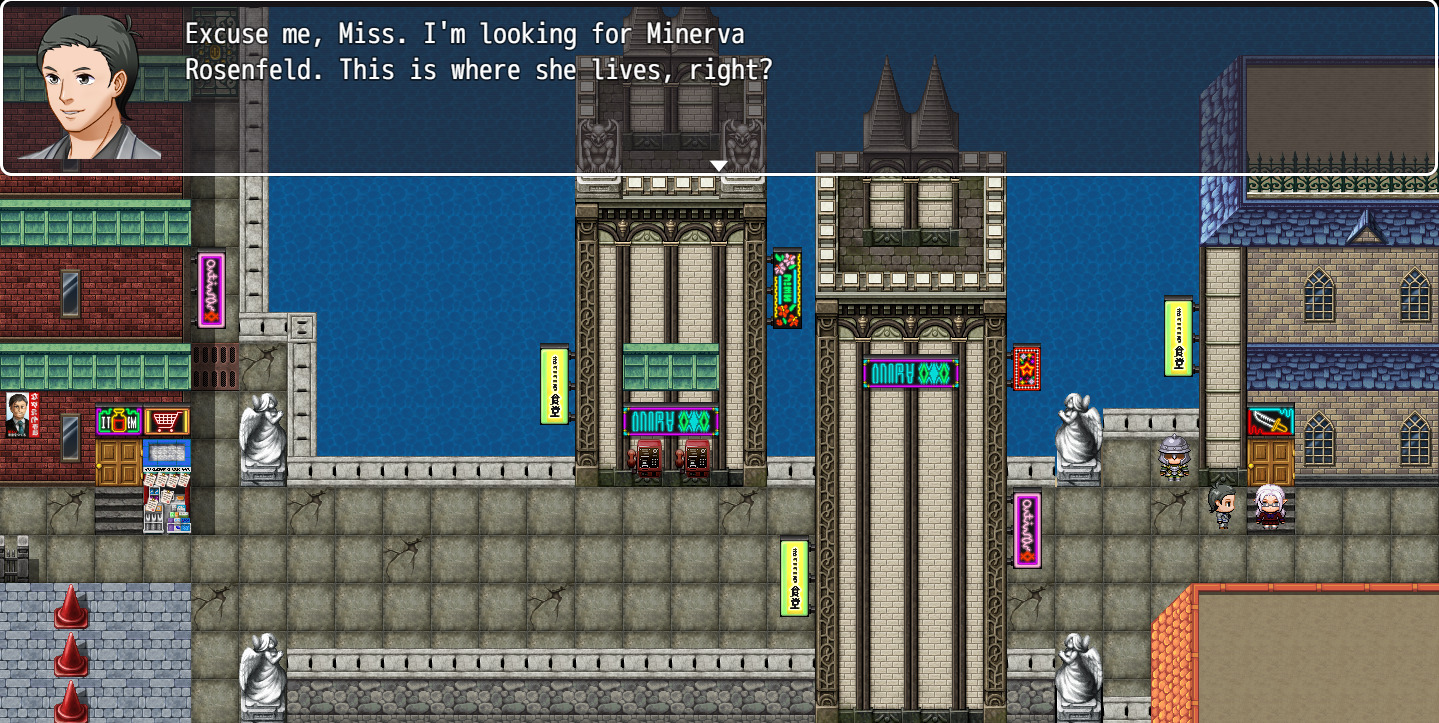 There is, of course, also the typical hero-style plotline. Andraste’s Aunt goes missing, and then a mysterious prophecy involving light and darkness gets dropped in her lap. It’s really only one sentence, and we’re told that the cultish delivery man chants ominous things every few months, but it’s still applicable to the player character’s plight. There are quests to follow, but the main goal is clear: we gotta be HEROES. It’s the girl’s job to help where they can, and each quest does a good job of expanding upon the character’s personalities and the world around them.

Admittedly, this is where things are a little less impressive. The graphics are, for the most part, standard fare for RPG maker style games. If you’re a graphics snob that might bother you, but I typically find it charming. What I additionally found humorous is the disconnect between the sprites and talk sprites of the main party, versus every other NPC in the game. The main cast is so much more detailed by comparison, and even gets multiple expressions depending on the lines they have. 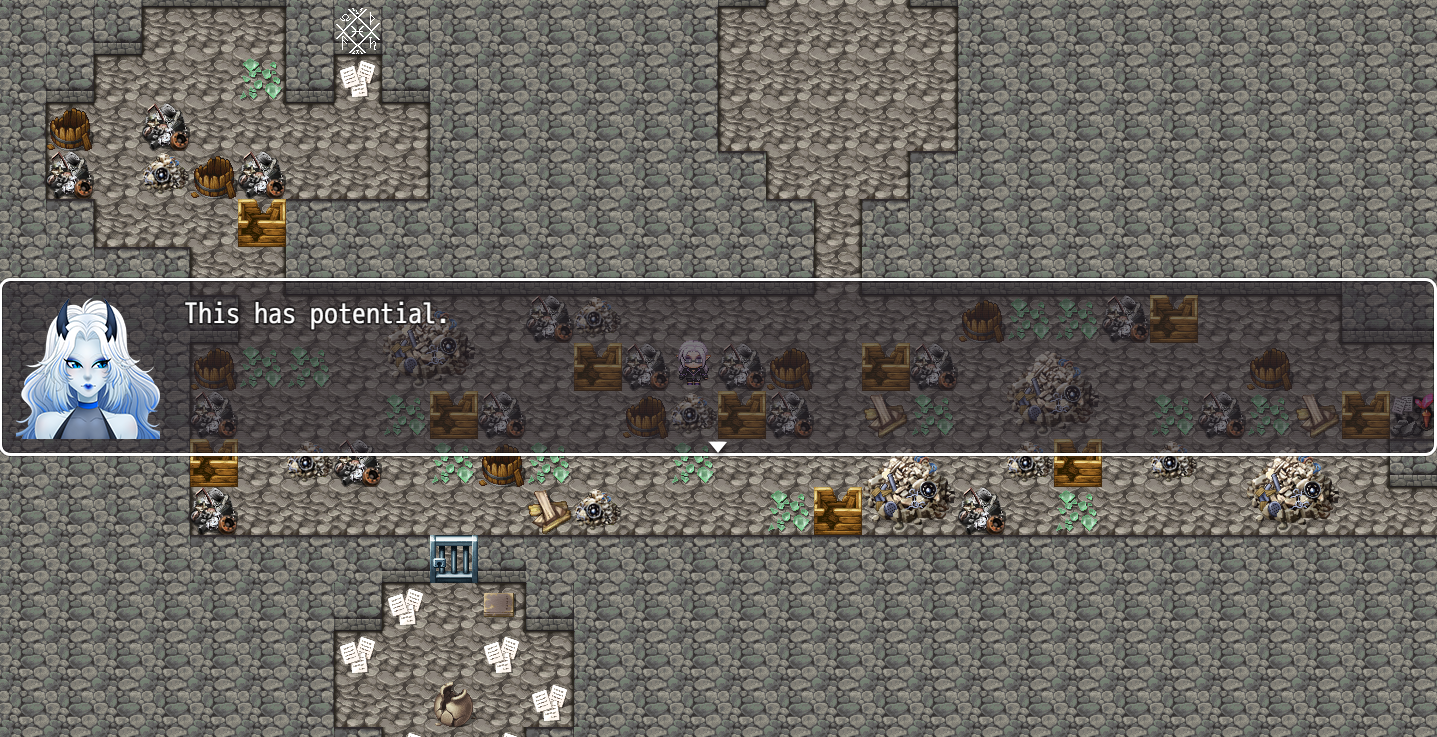 The terrain varies well enough though, and multiple areas and dungeons look different enough to differentiate from each other. Monster sprite models are also simple enough to tell apart, and I enjoy the way a lot of them are painted, even if they are simple, unanimated images. Items that can be interacted with can sometimes be difficult to tell apart from regular terrain, however, something I found occasionally frustrating. It can also sometimes be difficult to tell what items may hurt you if you step over them, a visual alert that I would like to be a bit clearer, considering how much damage broken glass and plague-ridden spores can do to your party. 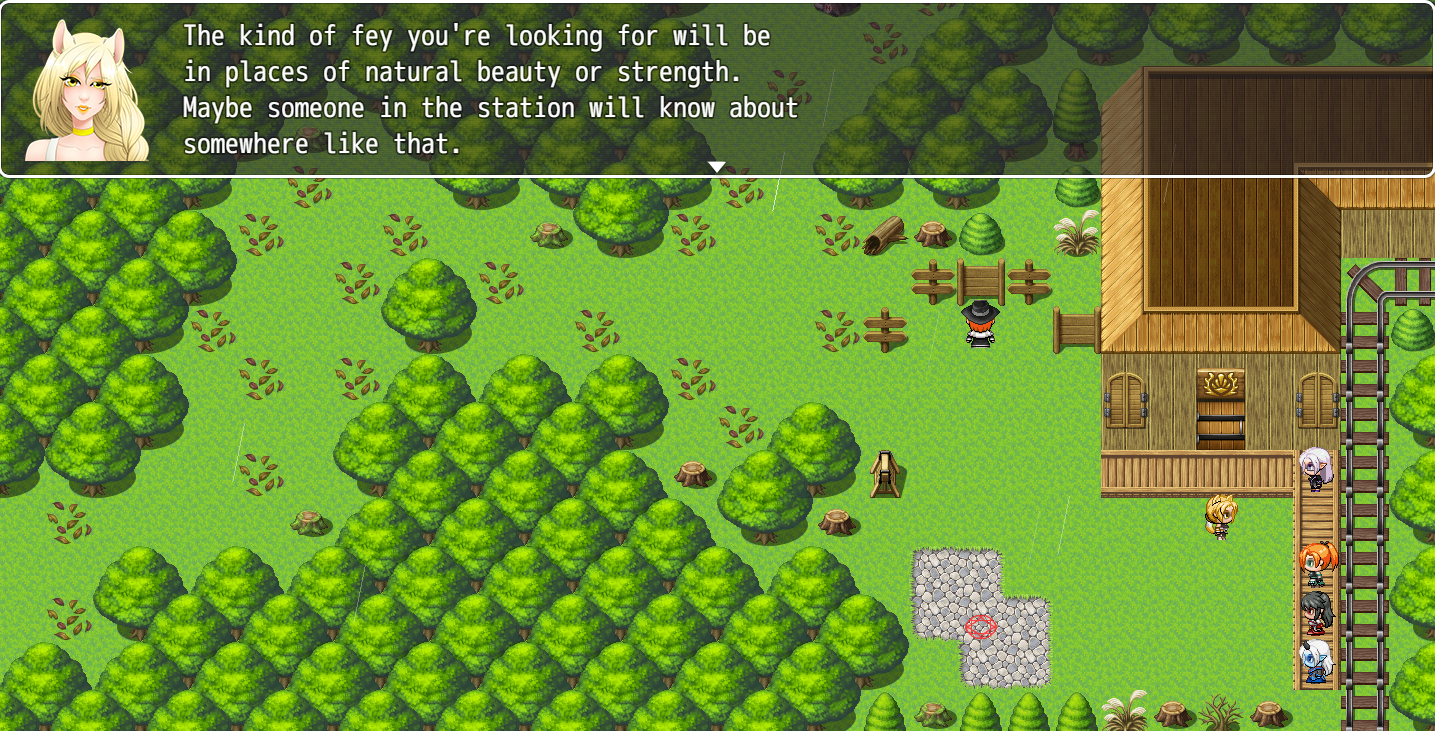 With how much I’ve talked about the RPG-maker origins of this game, it should come as no surprise that combat is turn-based. I enjoy this! Overall, turn-based elements in games are something I enjoy. For the most part, it’s straight forward. Characters have schools of magic they can access spells from depending on what they have equipped, and different spells, elements, and attacks are effective on varying opponents the team faces.

Combat, for the most part, can be genuinely tricky. When I would step on things I shouldn’t, it would cut quite a bit into my health, and then an encounter might wipe my party shortly after. It stands to mention that the encounters in this game are mostly random, popping up in caves, forests, and houses mostly at random. I tried my hardest to stay as healed up as possible just for that reason. It can also be a bit strange to remember what items do which spells, and to alter what you have equipped for certain areas or features items have. An example is a party member that can break down walls- but only with a particular item equipped. 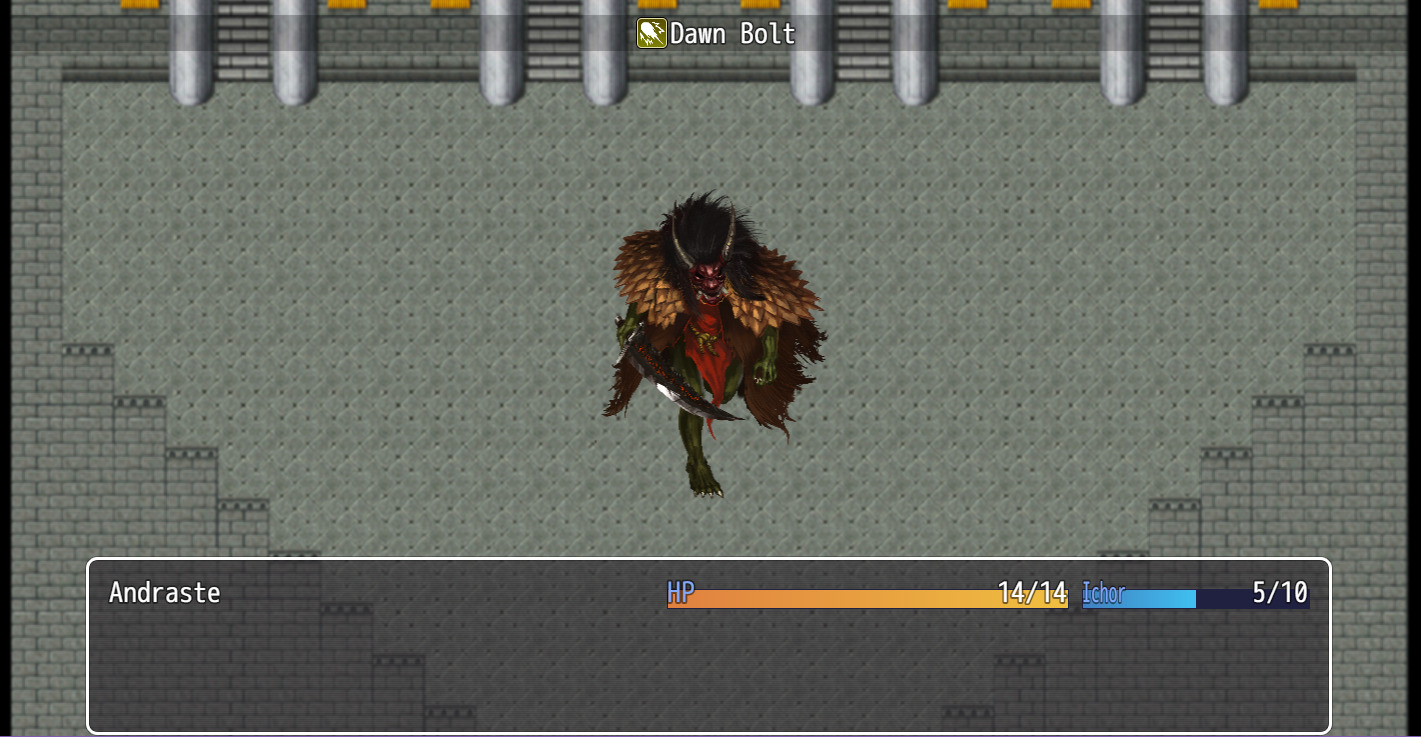 I was able to play the entire game with a mouse, and the WASD keys. I’m mentioning this because I encourage most people that play this game to consider WASD over the mouse. More than once I would click a point on the screen and Andraste would run through a damaging point, harming the entire party– and then I would get mauled. While this was funny the first few times, it gets old after a bit.

I debated between a save for later and a pause rating for Sorcerous, and ultimately decided on the former. There are plenty of elements to enjoy, and while I wouldn’t necessarily spend the full $9.99 on the game, if you enjoy RPG’s with turn-based elements and don’t put too much focus into in-game graphics, this may be for you. Provided you enjoy magical settings and a lot of dialogue, of course. If you enjoy magic concepts as much as I do, this may be a good game to pick up on sale.