Whether you want to find hidden cats or screenshot their cuteness, this game will give it to you.

Cats in Time is a hidden object game where you need to find cats with some puzzle elements. It also offers a kids mode where you can remove the whole puzzle, making it easier for its intended audience.

The game uses 3D visuals that look simple, yet detailed at the same time. Both cats and environment blend well with each other with their cute-ish look and distinct theme, giving you another reason to find them aside from fulfilling your current objective. Some cats are placed in such a way that makes you want to press that screenshot button, especially with their changing focus after you leave them for some time.

Each level in Cats in Time is played in a diorama style visuals where you can rotate a building to find where the cats are located. Some will be hidden in plain sight, others will be hidden beneath puzzles. The puzzles are usually denoted by a yellow marking, although you’ll only learn this after you have played the game for a while.

Puzzles are usually simple enough, although some can give you problems. Luckily, the game also gives a hint button to help you solve them, along with its clue whenever it’s available. I found the difficulty to be suited by children, although they need to know maths and some logic beforehand. Most puzzles are given without instructions, and although they can be simple enough to be understood by adults, children might have a harder time figuring them out. If they are having difficulties with them, you also can activate the kids mode, which will eliminate the puzzle in the game. 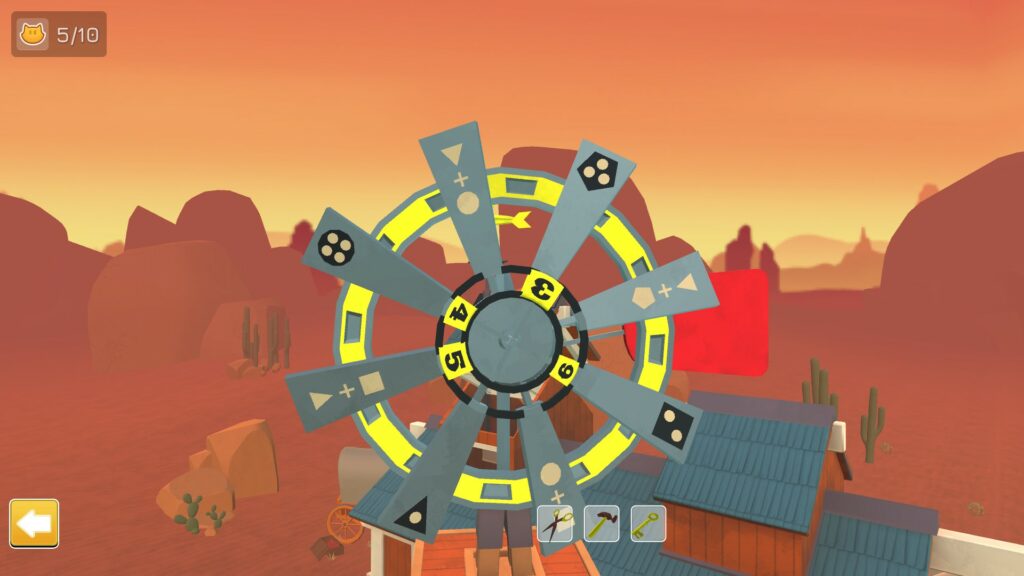 Sadly, the kids mode isn’t well tested. All that it does is eliminating the puzzles, which causes a problem to the cats that are hidden beneath a certain object. Some puzzles will hide cats in a top-down view, which is obviously not going to be noticed in this mode since the camera isn’t facing that way. This forces you to brute force your solution by clicking everywhere that you can just to find that last cat. However, this is also bugged somehow. The camera will be zoomed in if you clicked a certain spot despite there is nothing that you can do. Moreover, you won’t be able to zoom out in this mode, forcing you to return to the level from the main menu to fix it.

The game lasts for 3.6h to me. It seems to have a separate completion status between the kids and normal mode, so I replayed the game again in kids mode in 0.5h. As I said before, the game is easy to complete. Some puzzles might be tricky to solve, but the in-game hints are quite helpful whenever you are stuck. 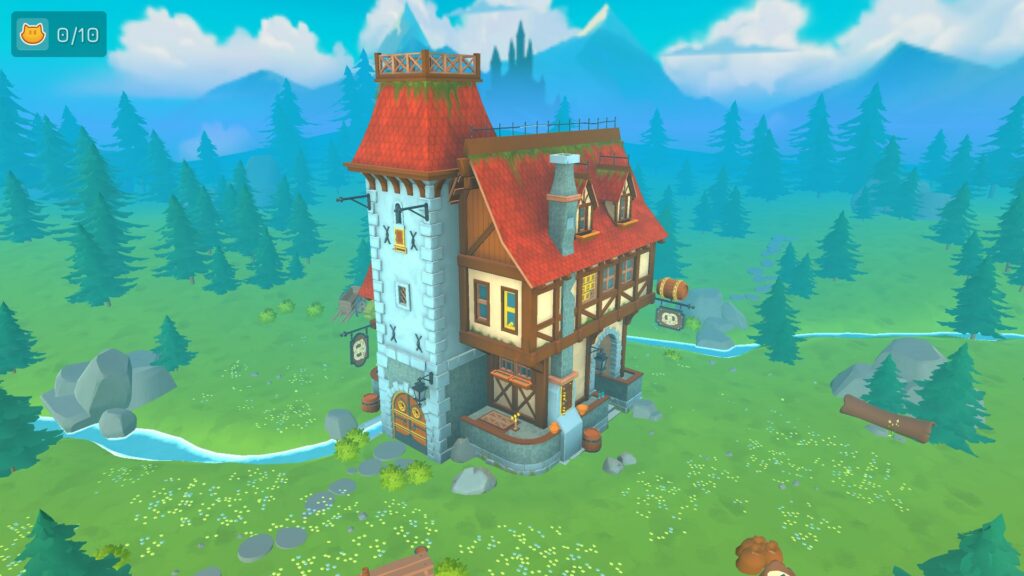 You can’t click on cats if you are not zoomed in. It can be time-consuming to zoom in and out to click on different cats that are close to each other. The game was also bugged when I played the first level. One puzzle was not in the right place and showed me the cat that was hidden beneath it instead. However, I couldn’t click on the cat. It resolves itself after I restart the level though.

Cats in Time is an enjoyable hidden object game with cute visuals. You can either play it for the hidden objects, puzzles, or just the cats. The cats are adorable and the ones that are hidden in plain sight are just too cute for their own good. People who want to have a challenge also can try to find some collectible, although since this game is mainly designed for casual players, don’t expect it to be too hard. I could easily recommend a game of this quality if you like the genre and want to play a relaxing game.