An open-world feature might not be something that is commonly used in puzzle games, but A Monster’s Expedition does it very well. It allows you to see a puzzle game from a new perspective.

A Monster’s Expedition is a puzzle game where you have to push trees to create paths between islands. It features an open-world map, allowing you to finish the game in any order that you want.

A Monster’s Expedition‘s visual is pleasant to the eye. They look simple, yet still manage to captivate me due to the subtle details. The use of different themes in each island gives a fresh look while still making it obvious to associate it with the same object in other islands. Moreover, the soothing music and clean interface also help in setting the overall atmosphere. The ocean waves, the tone that appears when you are pushing the logs – everything helps to give you an impression that you are the monster that is traveling between the islands.

The game has no story. The most that it does is giving a premise about you, a monster, who is exploring a museum. The museum exhibits are spread between the islands, telling you an assumption about the objects that we use in our daily lives. Some exhibits in the game might not be real, but the descriptions are still hilarious to read sometimes. It gives me a new perspective about how accurate our interpretation of history is.

As I said before, the game focuses on pushing trees to create a path between islands. You’ll have to cut trees, which will turn into logs, and roll them around to reach your destination. However, logs have different shapes; there is a cylindrical part that can roll easily when you pushed them, and the top and bottom parts which let you gain more control over their movement. You can’t place the log however you please either – the log must act as a bridge between islands, meaning that you can’t put it horizontally if your destination is to the north. 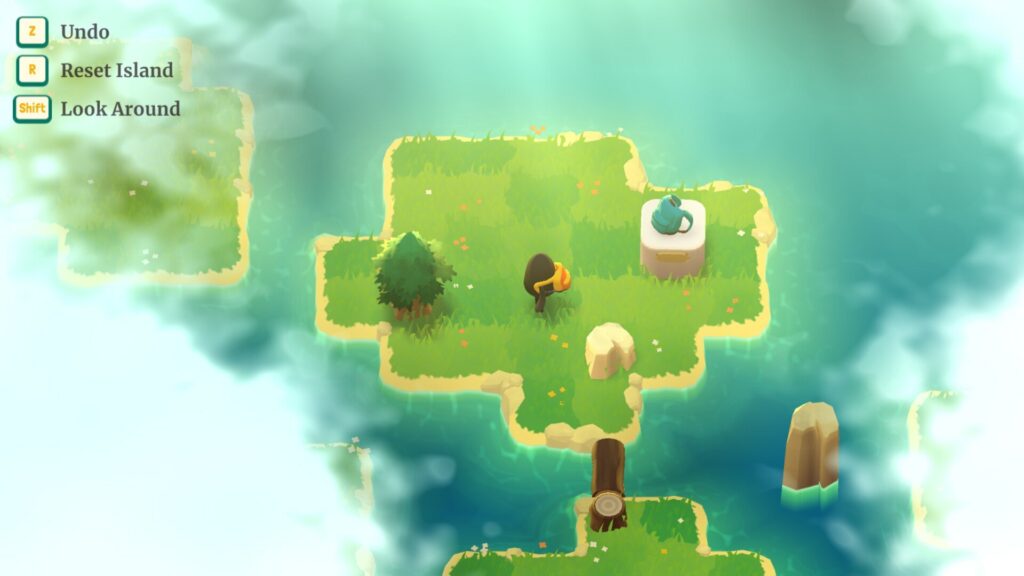 Some islands might seem to be impossible to reach at the start, but you can always return to them later. This seems to be what the developer had in mind when developing the game, especially since there are a lot of branching paths that you can take to reach your destination. Moreover, you can always hop from one island to the next by using mailboxes that are spread across the island, so you don’t have to worry about missing out.

New mechanics are seamlessly introduced when you reach a new set of islands. This will unlock more possibilities, allowing you to solve some of the previously impossible puzzles. If you are the curious type, you can always experiment around to see if you can do some tricks before it is taught. Moreover, since there is more than one way to solve some islands, you can always revisit some islands to see if you can reach a new place from there. 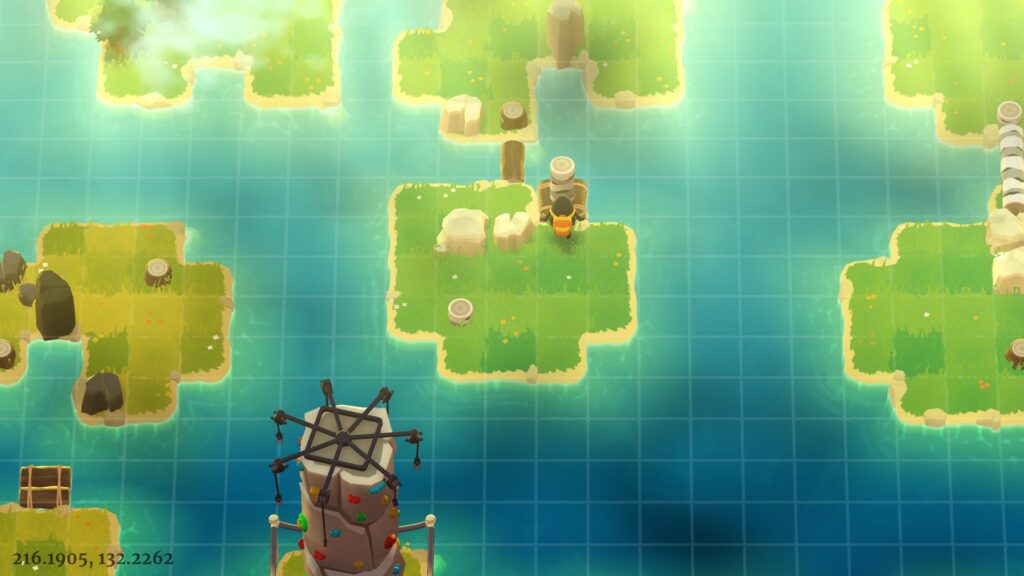 I finished the game in 13.3h, but as I said before, it’s not a good measure to check how long the game is due to it having a non-linear path to clear. I admit that I had difficulties in clearing some islands, especially the last few ones. In fact, I got stuck so many times because I didn’t know how to solve the puzzles in all islands that I could go to. I ended up running between places aimlessly to figure out any places that I could visit – I even lost track of how to reach the final destination sometimes. 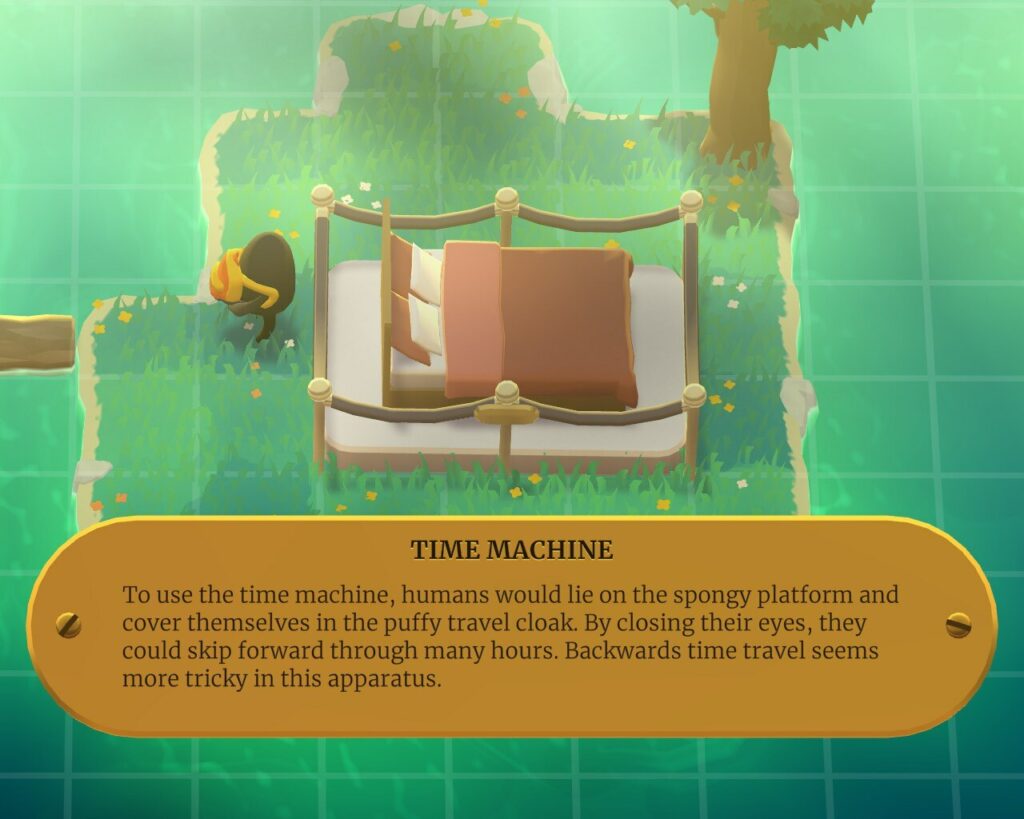 The game never explains its additional features clearly. Since you can’t teleport between islands without going through the mailboxes, there is a chance where you can get stuck on a remote island. The game actually has a feature to teleport you next to a mailbox, but the feature might be missed by some people since it was buried beneath the “load game” option, which can be easily ignored due to the more convenient “continue” option in the main menu.

A Monster’s Expedition is a devilish puzzle game in disguise. It appears as a relaxing game where you can chill around and solve puzzles, and while it’s right to some extent, the difficulty isn’t something to laugh at. It’s more aimed at those who like to play difficult puzzle games, and people who are not good at it might get stuck a lot of times just to get through. However, the feeling when you solve a seemingly difficult puzzle always get to me, and there is always part of me that wants to play it one more time before stopping. It’s seriously addictive, yet difficult at the same time.