MW5 is a solid entry for the franchise, bringing the iconic series up to speed with modern times. Solid content amount of the price and enjoyable gameplay make this a hit for fans of the series.

Mechwarrior 5: Mercenaries (MW5) is a first and third-person mech simulation game set far into the future. Mankind has expanded throughout the galaxy for centuries, and split into several warring factions called Houses. In this time of endless conflict and instability, mercenary outfits flourished, offering their services to the highest bidders. Players impersonate Commander Mason, that along with his teammates sets out to become a legendary mercenary.

1. Enormous amount of ‘Mechs, weapons and accessories.
True to the MW franchise, this game doesn’t spare one bit of the series’ huge ‘Mech variety. Dozens of different models, each with multiple variants, will be found throughout the Inner Sphere in missions, markets or as rewards. The same goes for weapons and accessories, which also come in many shapes and sizes. Something new or unusual is always waiting.

2. Immersive, well-balanced combat system.
MW5 manages to balance its combat impressively well. At no point I felt any of my ‘Mechs were overpowered, when put through a contract suited for their class and tonnage. Enemies consistently prove dangerous for the unprepared, reckless moves often are punished. High difficulty and multi-stage missions will definitely prove tough even for top-notch teams.

3. Solid ‘Mech customization depth.
From the individual armor thickness of each part, to the paint color pattern, passing through weapons systems, firing groups, accessories and cooling, each ‘Mech can be outfitted exactly as players desire, to build a machine that suits their playstyle, or complements it in the hands of fellow teammates. The aforementioned variety of gear and models opens up for endless customization possibilities for each robot.

4. Satisfying progression.
Each quest-line or single contract comes with the chance of encountering new ‘Mechs, unit types and weapons not seen before. Thanks to the salvage system, which allows gathering fallen enemy ‘Mechs to then repair and use, or eventually sell, progression feels compelling, as something new which can significantly improve one’s Lance may just be around the corner. 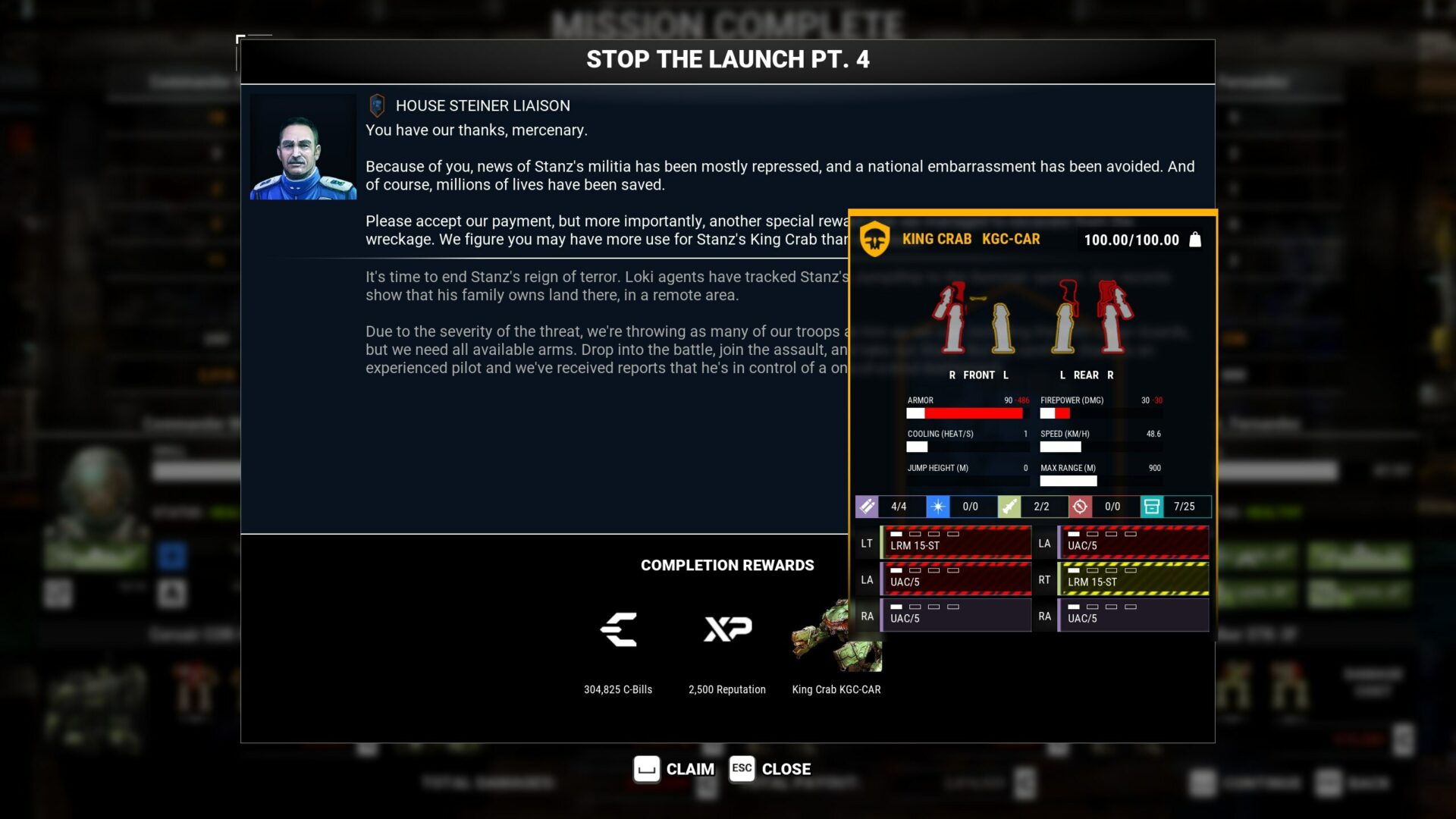 1. Inconsistent teammate AI quality.
Sometimes, teammates will do just fine on their own – some other times, they won’t. Allied AI needs to be constantly babysit with an already restrictive array of available commands (move, attack, hold fire, follow). It goes as far as allies simply not shooting an enemy in range, or going full “suicidal” into a barrage of bullets without any strategy. Also, them getting stuck because of path-finding failures is not uncommon.

2. Lackluster co-op features.
Co-op is butchered. Players who join someone else’s game cannot bring their own ‘Mechs, can’t decide the layout of the ‘Mech they are going to use, and have no saying in decisions about the mission, salvage credits or loadout. They simply act as human teammates when it’s mission time, but otherwise can’t do much else. Any progression in co-op (money, XP, etc) is only retained by the Host, with clients left dry.

3. Poor variety of mission types in the long run.
The overall variety of missions only has a handful of archetypes, which themselves boil down to “destroy all enemies in the area” , “destroy this specific building” or “kill this specific target” – that’s it. Needless to say, this isn’t enough for a 30-40 hours long campaign, with even main missions not steering off this course for the most part. It does become repetitive pretty quickly as far as mission types go. 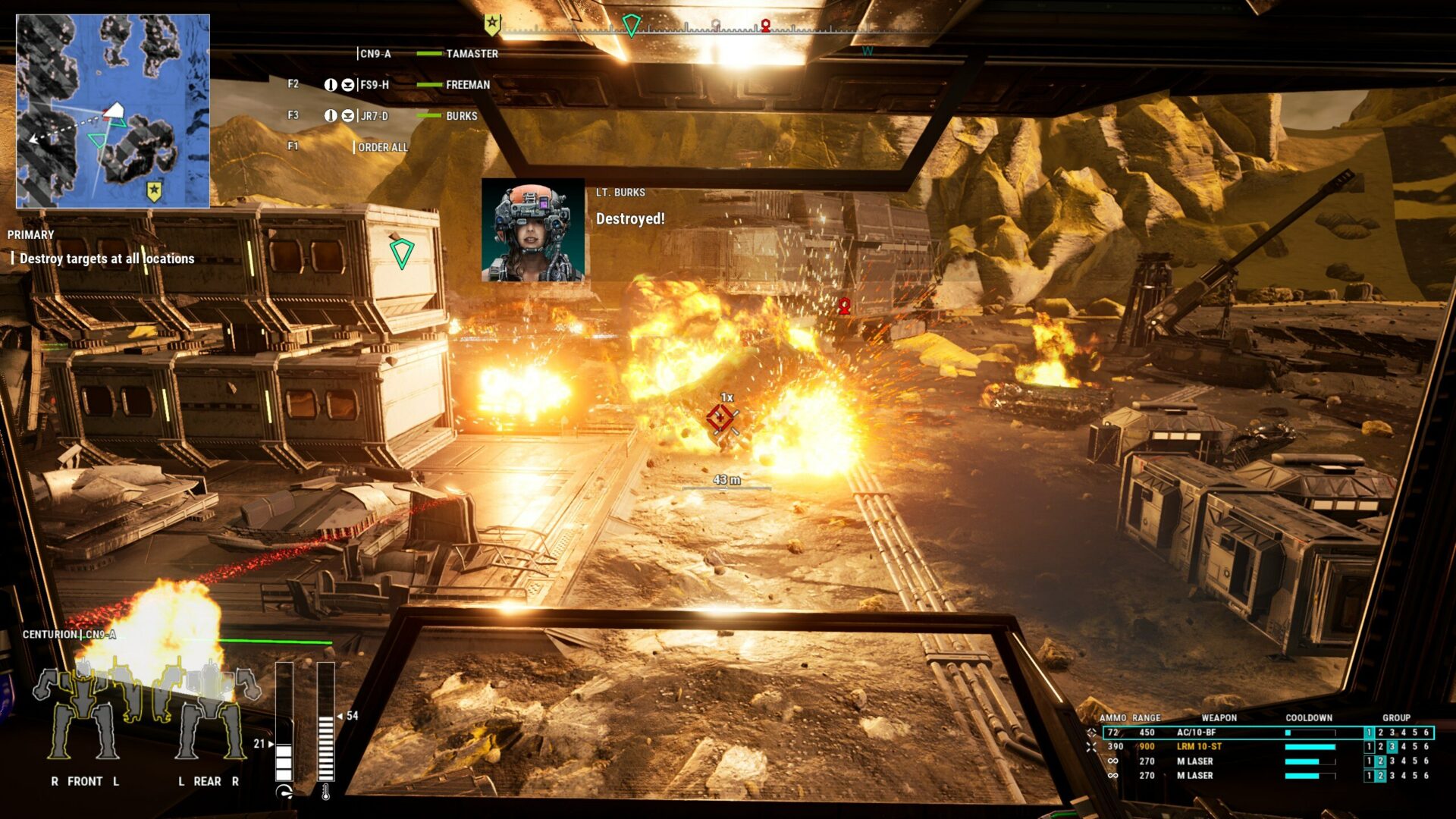 Exploration
Is mainly performed in the galaxy map, which is composed of hundreds of star systems belonging to diverse factions. Travelling between each costs time and money, however brings about discoveries such as conflict zones to get contracts, industrial hubs for trading / repairs, and even transmissions offering special missions. Exploration on the ground while piloting a ‘Mech doesn’t have much of a point, except for finding the occasional “Treasure Cache” that however has miserable rewards: the only good destination is the objective.

Lance Customization
Each ‘Mech can be fully customized in an interface that allows changing armaments and allocating systems such as cooling, ammunition, armor and so on as one desires. Many “builds” can be done in this way, experimenting with different weapon combinations is exciting and handles very differently from one to the other on the field. Each robot has a tonnage limit in the equipment it can carry, so a careful balance to not break it is necessary. Pilots can be assigned to each ‘Mech, and each of them may be more proficient with certain weapon types or combat styles: choosing the right man for the job is key.

Mission Preparation
Starts with the contracting phase, where players can use points to improve the mission payout, salvage rights (loot from destroyed enemies), insurance for eventual damage and airstrike support amount. These points can be more or less depending on player reputation with a certain faction, having friends can be very profitable indeed. After that is decided, the deployment phase will have players choose ‘Mechs to bring on the field (four maximum), with a total deployment tonnage limit to balance things out also here.

Combat
Plays out in first or third person, in real-time, and often in a chaotic manner with explosions, bullets and debris flying about. ‘Mechs have two main weak points: the central torso and the cockpit, when one of these loses all armor and integrity, therefore exploding, the ‘Mech is destroyed instantly. Other parts can also be blown away, such as arms or legs, these can cause major damage, disable weapons, explode ammo – however they never are lethal blows. Depending on the approach, it may be wise to weaken enemies instead of aiming straight for the kill. Not only other robots but also aircraft, static defenses and vehicles like tanks will be in both allied and enemy rosters, weaker sure, but much more numerous. 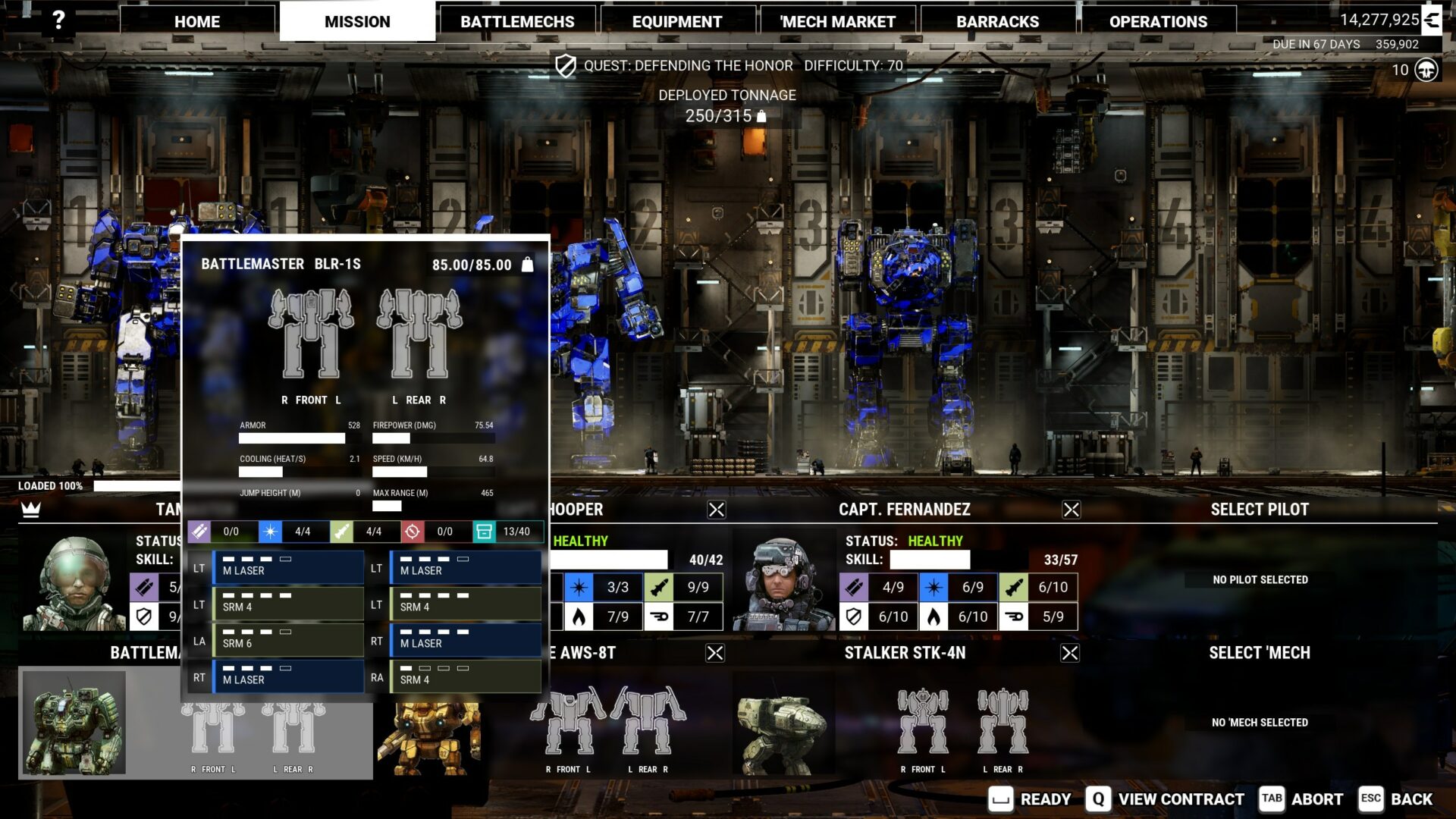 – Rarely, enemies may spawn under the map.
– Some allied AI path-finding issues.
– Alt-tabbing the game may cause visual glitches.

It took me around 46 hours to complete the main story, all secondary quests and DLC material. Without DLC, expect 35-40 hours of of content instead, for a thorough run. The overall quality is very good, and the price of 30€ is fair for this content amount. I can safely recommend buying for full price.