A sad journey through a decaying world.

Mo awakens to an unusual silence: the machines have stopped. The mysterious four giants protecting this world from the airborne blight are suffocating. As their protector, Mo has failed in her task. She needs to go back up to the surface, repair the protection system and save everyone that is not already dead. The weight of the world is on your shoulders.

When picturing a post-apocalyptic world, the desolation of sand and the roar of diesel engines quickly comes to mind. However, Minute of Islands’ world is of boats, beached whales with their guts spilled, and spores. A fungus has extinguished almost all living things and threatens to deal with what little of life there is left, if the giants do not quickly get back to turning the wheels of the machines that purify the air. Despite the straight lines and bright colors out of an animated cartoon for children, this is a world reeking of death, overtrodden with decay. 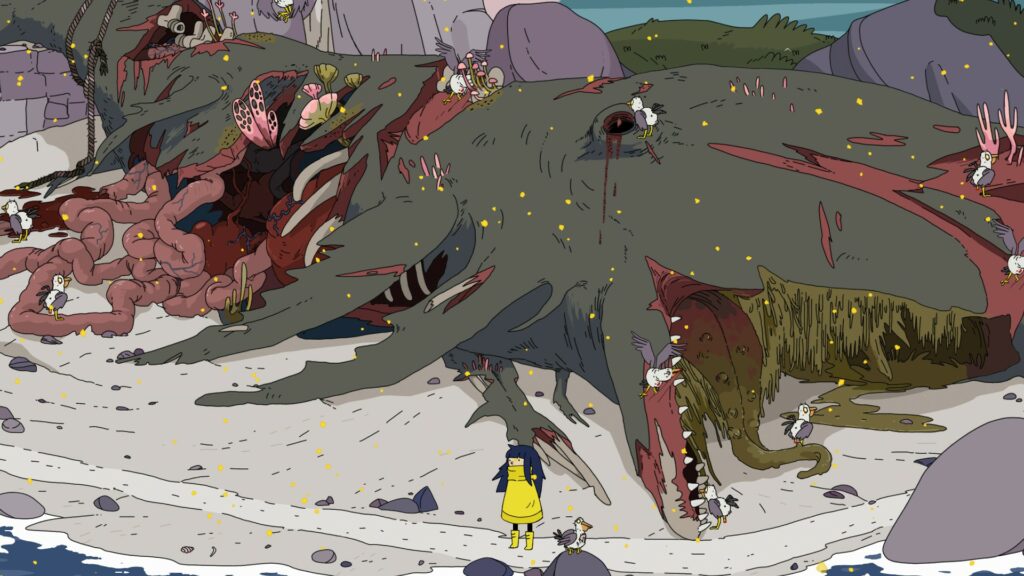 Our main character, Mo, is also not a poster child for joy. She is alienated from her family, spending her time hidden in the bowels of underground bio-mechanical constructions in service of the giants. As if to put more emphasis on the distance between Mo and everyone else, the few dialogues present in the game are told through the omnipresent narrator, with a voice sometimes as cold as a blade. The whole adventure is a chilling experience, and unlike in many other video games, I was sometimes dreading to find out what awaited me at my next destination. For Mo, the burden of saving the world is tainted by the sour taste of loneliness and depression. 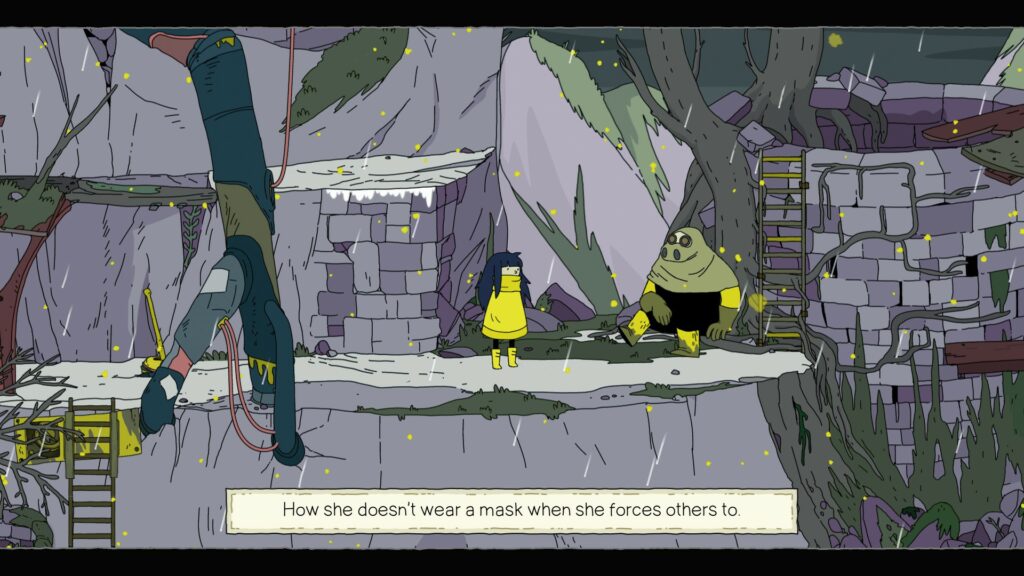 A burden to Mo, it felt like a chore to me. From cavernous mazes to tricky cliffs, I was constantly struggling with navigating Minute of Islands’ platforms, which made admiring the art on display all the less satisfying. It was never clear whether I could jump up or down most surfaces, and simply walking felt like unappealing trial and error! Is this the background or the foreground? Should I drop down from this platform on its left side, or should I walk to its right side? Can I jump from here or do I need to go all the way over there? Is this too high, even though it is lower than the other platform that I can climb? At least some areas are marked with some sort of white guano to show that Mo can grab a ledge. Entering a cave was the worst, as it didn’t feature the glorious mess left on the surface, nor the weird sights of the nightmare world. 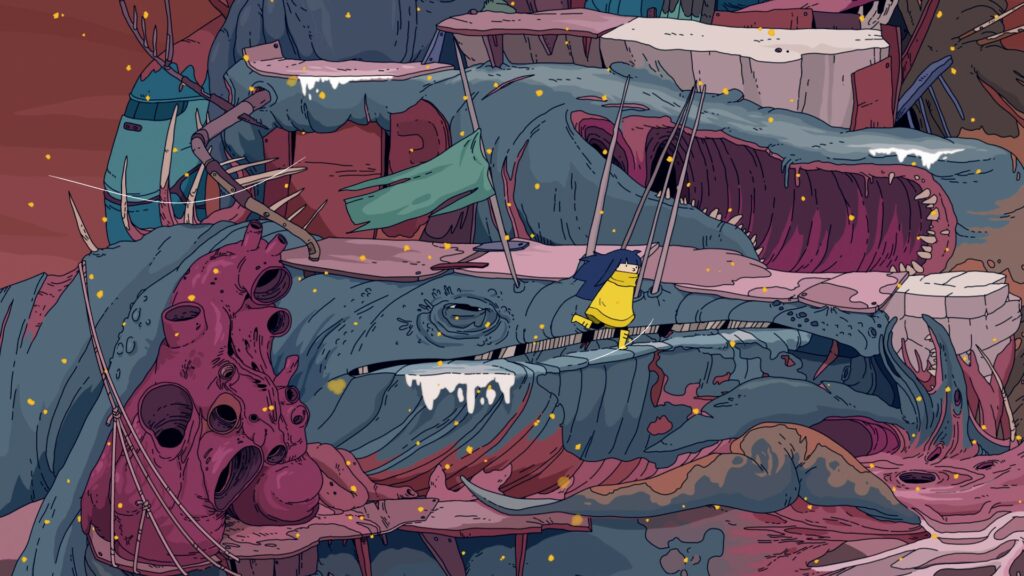 The puzzles were not too difficult, mostly standard levers and switches or boxes to push. Since all caves looked the same and had three boxes to push, they felt like a tedious routine and I wish they had been shorter and more straightforward since they did not add much to the experience and only managed to make me sigh and hope to get past them as quickly as possible. The nightmare world segments were easier to navigate and visually quirky, but their mechanics were ultimately repetitive despite the strong potential for innovation. 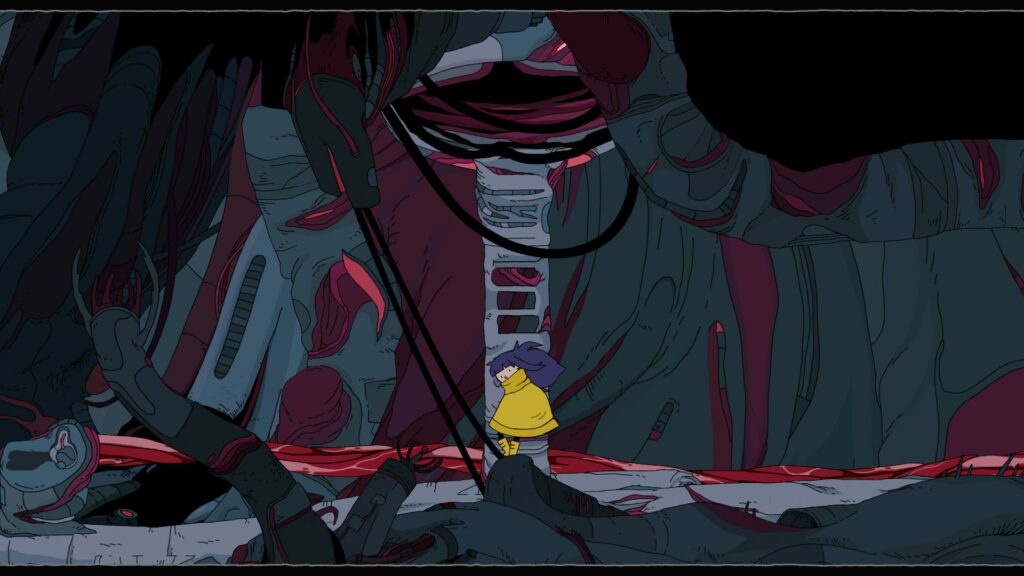 My only enjoyment from the game mechanics was that my controller was vibrating whenever I was fixing power sources, which conveyed directly to me the magnitude of the power that was released, as well as the effort that was required from Mo. If all you have is a keyboard, be aware that the control scheme isn’t very practical (arrow keys rather than WASD) and the keys are not rebindable. 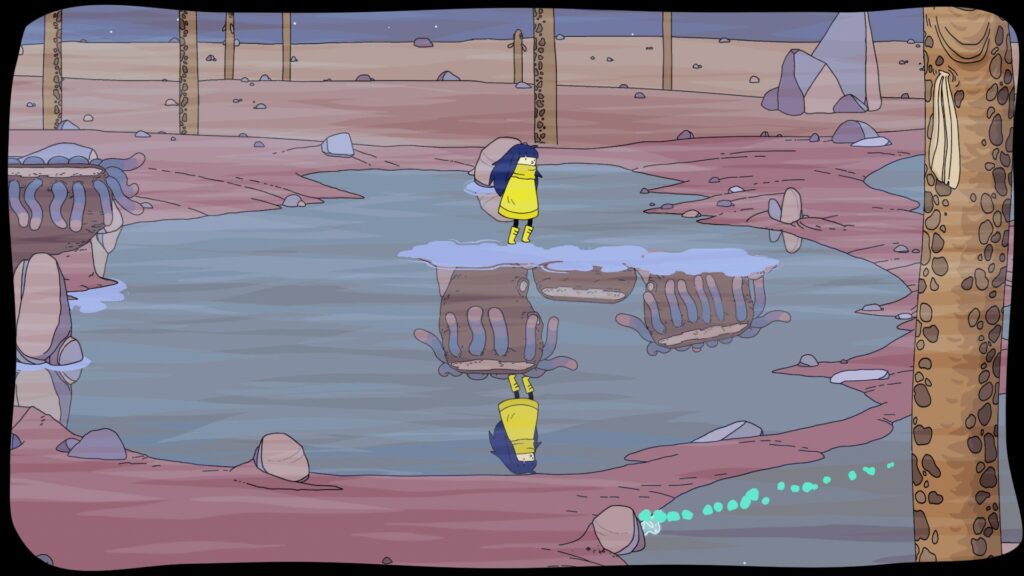 Still, I am glad that I pushed through the 5-6 hours of content, because the destination[ending] elevates the journey[struggle]. 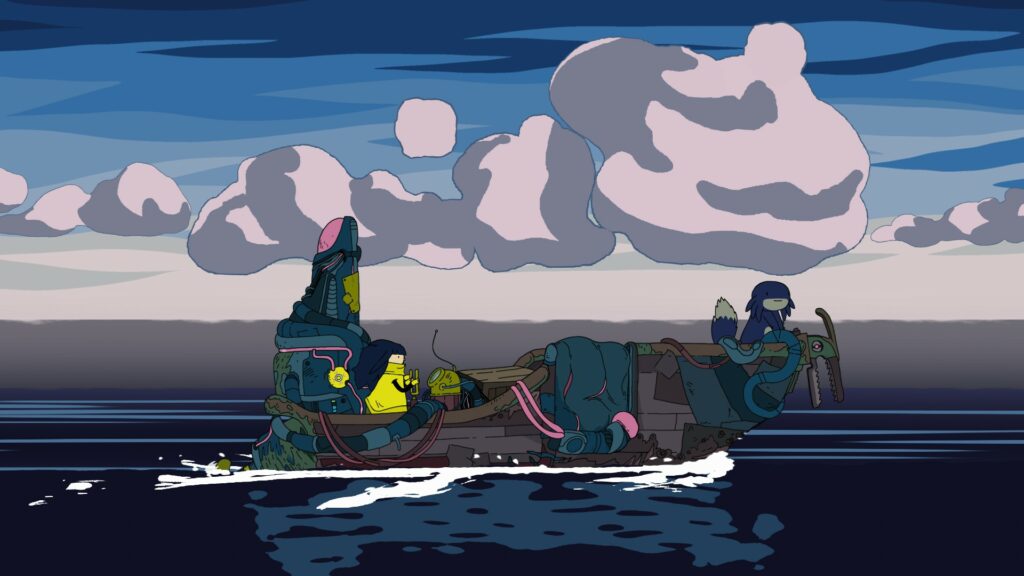 Minute of Islands is worth playing to experience some very unique elements: beautiful hand-drawn graphics combined with an eerie soundtrack, an original sea-faring world in decay, and a mature story carried by a fantastic narration. However, the problem is that most of the game is spent in confusion navigating unclear platforms, which is not particularly compelling. Minute of Islands would have benefited from better gameplay, or from ditching the platforming to play more like a point and click adventure.