Will you be able to manage a fantasy colony where four different races must coexist peacefully?

Distant Kingdoms is a new fantasy sim in Early Access state where you will have to manage a colony in which four different fantasy races will have to coexist: humans, dwarves, elves and orcs. Your task will not only be to manage the expansion and need of a fantasy colony, but also to control the exploration of the territories around it and the social interactions between the four different races that inhabit it.

Before starting to build the actual colony, you will have to choose its starting race: yes, you will not be able to start a new village with all the four different races already available, mainly because it would be too complex to manage them all initially. The races are four and are all defined by different characteristics and boons: elves are scholars and are very good at extracting mana while dwarves, on the other hand, tend to be better engineers and have bonuses while working in mines. 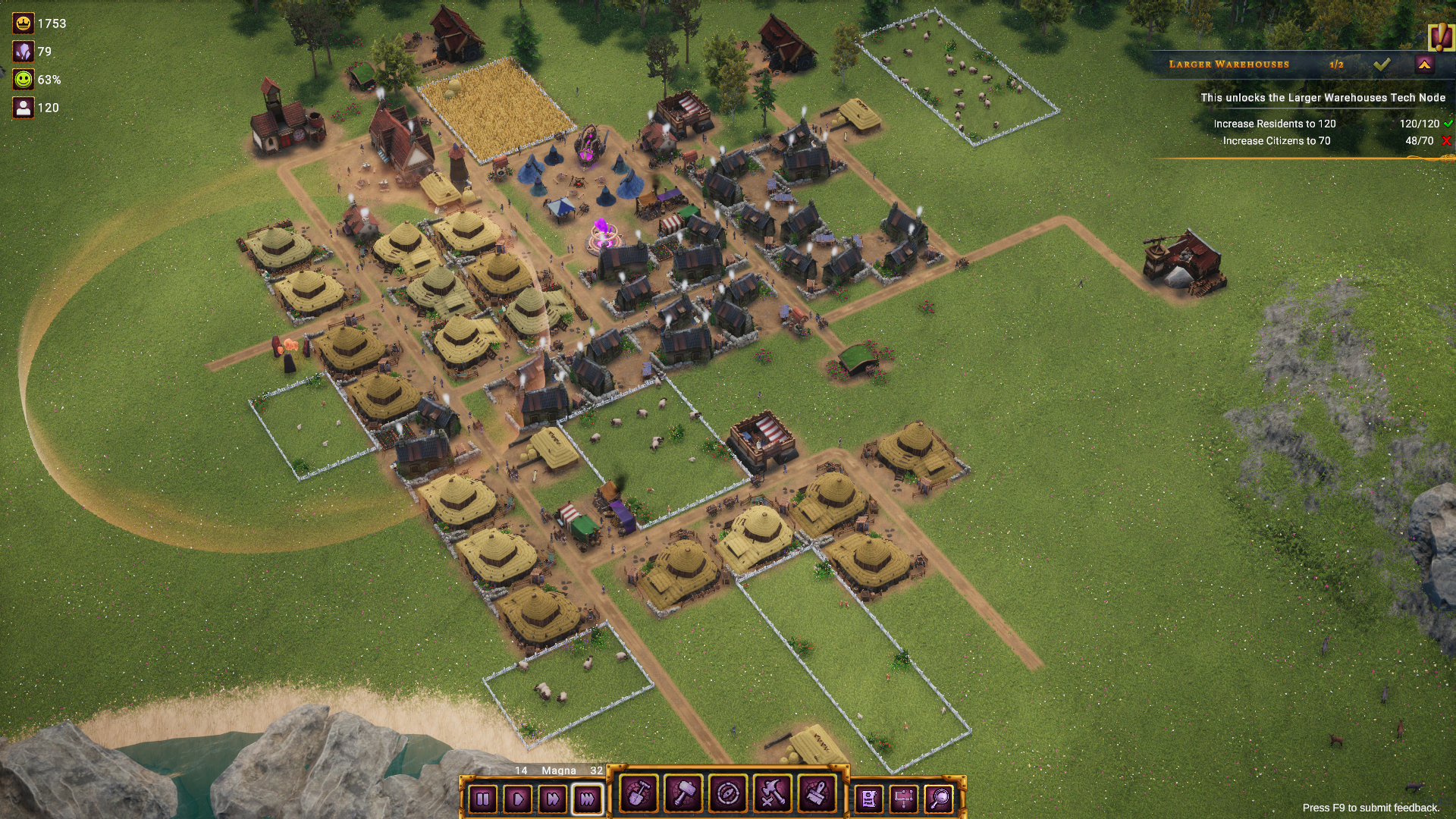 After the very first few hours it’s very easy to make an idea of the state of Distant Kingdoms: this is an ok title when it comes to city building, but with some flaws and, ultimately, nothing really special about it. Starting with the flaws of the game, there are way too many dead moments in which the only thing you can do is watching the screen and wait for resources to accumulate: this is due to the research system of the game, which tasks you with creating many, MANY, buildings which, especially early on, is quite demanding in terms of wood and coins.

The other flaw is the balance of the game that as of now is a bit off: prices of buildings and researches should be overhauled while some aspects of the game are almost useless while requiring resources that are hard to gather. In the latter section we can find totems, for example, some can boost productivity which, under certain circumstances, can be really beneficial for the colony, while others have different effects. One totem in particular boosts the happiness of the colonists around it, but an upkeep of 6 mana in order to boost the happiness of a bunch of houses from 66% to 67% is an incredibly high cost for an effect that has basically no impact.

Past the already cited flaws, the second big problem of Distant Kingdoms is that it has nothing too particular about it: the fantasy setting, besides some smaller mechanics and graphical aspects, can’t really be felt, along with the fact that you should be managing four different races. While I’m sure that the game will evolve (it’s what Early Access is for in the end!), right now Distant Kingdoms makes very little of the gameplay twists that should make it stand out. The fantasy setting is hard to notice and, especially early on, is limited to mana gathering, which is then used to power totems and portals. Even these two mechanics aren’t really game-breaking, with totems providing a boon to the area around them and portals acting as instant travel vectors between two points. Luckily once the city has been developed a little things change, with magical towers and dwarven drills coming out from the ground, but the city really needs to more “magical” early on.

Another shallow mechanic is the one that requires you to manage the four different races: as I already said, when starting a new colony you pick one single race, acquiring the other three later on in the game with the help of exploration parties. The only differentiation between different races is their needs in terms of resources and the production bonus they may provide to a building when working in it. While the production bonus can be really useful, there are little downsides when not meeting the needs of a specific race: they will not revolt or change the gameplay in any way but decrease the overall happiness value of your city: not really what I was hoping for.

Another one of Distant Kingdoms’ highlighted features is exploration. Described as exploring a world filled with secrets, in which you will have to send out adventuring parties into the unexplored mists and help decide their fate through a choose-your-own-adventure style quest and event system, this is another poorly implemented mechanic. Exploration involves the creation of a party of heroes, which can be recruited once you build a tavern in the town. Recruiting heroes is very straightforward and I usually just pick the ones that have the most positive perks, while also balancing between a resilient frontline and a strong backline, assuming this actually matters in the game.

Exploration per se will only require the player to select a party and click on an unexplored hex of the map: this will send the party on an adventure, often triggering very short text-based events in which the player will have to choose between a few options. This system is not new to the videogame landscape and there are games that implement it really well (the first example coming to my mind being Stellaris) but, unfortunately, Distant Kingdoms tells uninteresting tales, leaving the player picking the option with the best bonus without even reading the story behind it after a few events. Once explored, a tile becomes available to build on and could grant access to the population of a different races that was previously undiscovered.

Not really a final verdict, as the title is still in Early Access, but I really cannot recommend Distant Kingdoms in its current state: the game is a rabble of poorly implemented and shallow mechanics that go along with very poor optimization. Unfortunately this time I can’t even recommend buying it at a discount: just wait some time and then decide for yourself if the new content is worth the asking price.