Despite the interesting premise, tons of bugs and issues make it hard to enjoy the game to its fullest.

Rogue Port – Red Nightmare is a turn-based RPG Maker game with exploration as its focus. You’ll travel through the areas, recruit party members, and defeat any monsters that come your way. It also has day-based events that will trigger based on how long you play the game. Sounds interesting enough? I’ll cover them more in the review.

Despite the good-looking assets, the game has a strange taste in furniture placement. Let’s take the main character’s bedroom for example. He’s sleeping on a sofa instead of a bed and his drawer is placed behind something that I assumed as a bookshelf, making you wonder how he can access that. Apart from these, the visuals are good enough to enjoy.

There isn’t anything notable about the story. It gives you a premise at the beginning of the game, showing the danger that you have to face. However, there is no follow-up on the story, even after you defeat the final boss. The font also makes it hard to read the dialogues although luckily, you can change it if you know where to look.

As I said before, the game has exploration as its focus. Some quests will be given at the start of the game, although you can ignore them completely and explore the whole area instead. Exploration is non-linear – you can take your time to explore the whole area before defeating the final boss or go to the final boss as soon as you start the game. You probably won’t be strong enough to defeat it, but it’s worth a shot.

The day-based events sound interesting at first, although it soon becomes tedious to do. The game has a day and night system where one second in real life equal to one minute of in-game time. There is an optional dungeon to complete on each day, each located in different areas. However, these dungeons tend to be similar in the way that you must explore everything, kill enemies, and open all chests. It becomes tedious as you play the game, especially when you have nothing to do besides exploring these dungeons. 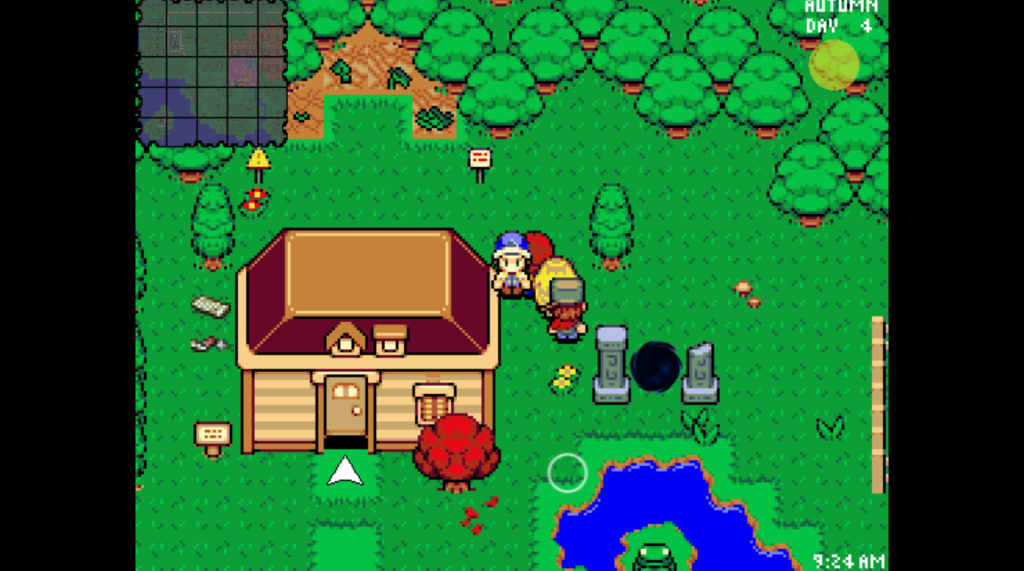 Extra party members tend to be useless. All party members start in either level 4 or 1, making it hard to switch your party members after you get the full capacity. There is no way to increase exp gain either, and the decision to let unused party members not get any exp will just let them be ignored after you recruit them.

The game has a strange decision of its gear stats. The more stat increase that it has, the more stat decrease that it gives. I wasn’t sure whether I could survive with a glass cannon build this way, but surprisingly, it works. The game seems to favor these kinds of builds either, especially since you can finish the fight faster instead of using gears with minimal stats.

Combat tends to be repetitive. The game also favors normal attacks instead of magic or skill-based attacks, so you’re bound to spam them. However, enemies tend to drag the battle with their bulky HP, and they respawn way too fast in some dungeons that the already-defeated enemy respawned before you clear the area. This hinders exploration, especially when you have to spend minutes just to finish one battle. Bosses are also no different apart from the fact that you need to use items in between to recover your party from the status ailments. 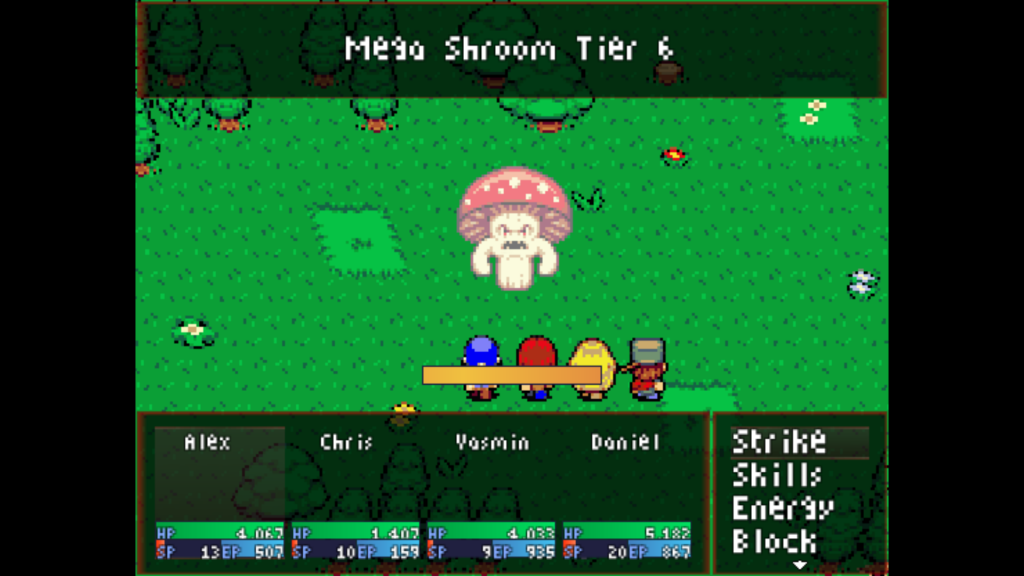 It took me ~14h based on the in-game clock to explore everything that I could in the game. The gameplay can be shorter if you just want to finish the boss though – it took me ~10h to finish it. The game isn’t difficult at all and even if you find some fights to be hard, you can always grind more levels to make it easier.

There are a lot of bugs in the game, some can crash your game, some can render an area unexplorable. The most fatal issue is the lighting in dungeons. It tends to be inconsistent – sometimes you can see the whole area, sometimes it’s pitch black. Moreover, the area that you can see is way too small to get a rough idea of your location and surroundings. The game also tends to be bugged in the way that it only lights the tile that you are currently on instead of one or two tiles around you. This makes exploration to be bumping into every wall that you can see, which adds an unnecessary burden to my eyes and sanity.

To be fair, I got intrigued with the game at first. It has a lot of features and the premise is unique enough for an RPG Maker game. However, bugs and issues ruin the game, especially the poor lighting that took most of my time to explore an area. Fights and explorations also become repetitive as you play, to the point that I got bored with it. I admit that it is somehow enjoyable and has a cheap price if you don’t mind with all that, but I’d rather not recommend the game as of now.