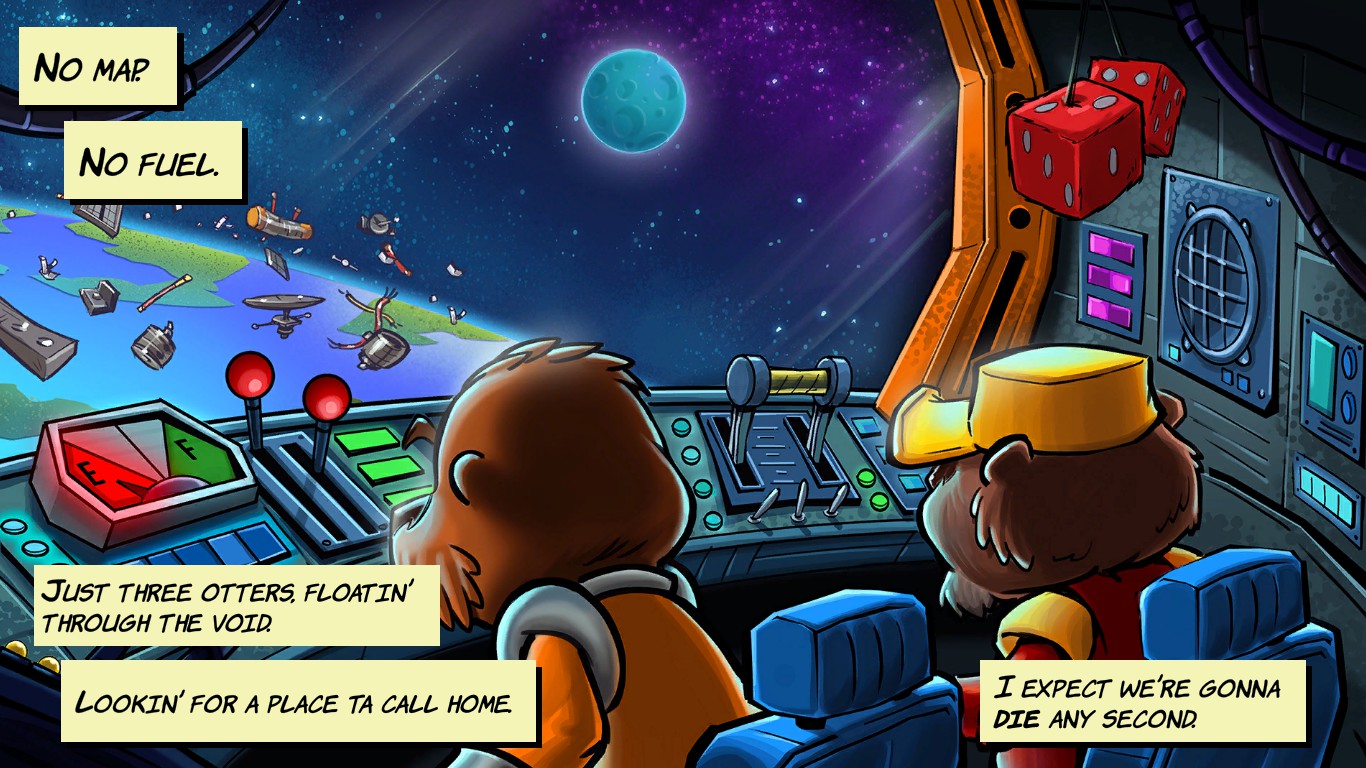 This new entry in the ‘cute animals’ class of game succeeds both at that and the ‘game’ part.

Otters are one of those animals that have pretty good PR, aren’t they? Almost everyone likes those furry little guys, and when they appear in pop culture it’s usually in a positive light. Next to animated films video games are probably the medium that’s gotten along the best with cute animals, but there actually aren’t too too many starring otters. Well, Space Otter Charlie obviously aims to fix that, and I think it ended up being a game otters deserve.

The game starts sometime in the future after humans have left Earth after mucking it up (as we tend to do), leaving an environment that’s slowly getting hotter and hotter. A group of three Otters, Jessie, Ada and the titular Charlie, decide to get while the getting’s good, assembling a space shuttle known as The Raft and setting off to look for a new home. You play as Charlie, the away member of the squad who does everything, and does it how you’d expect a cute animal to do: platforming. 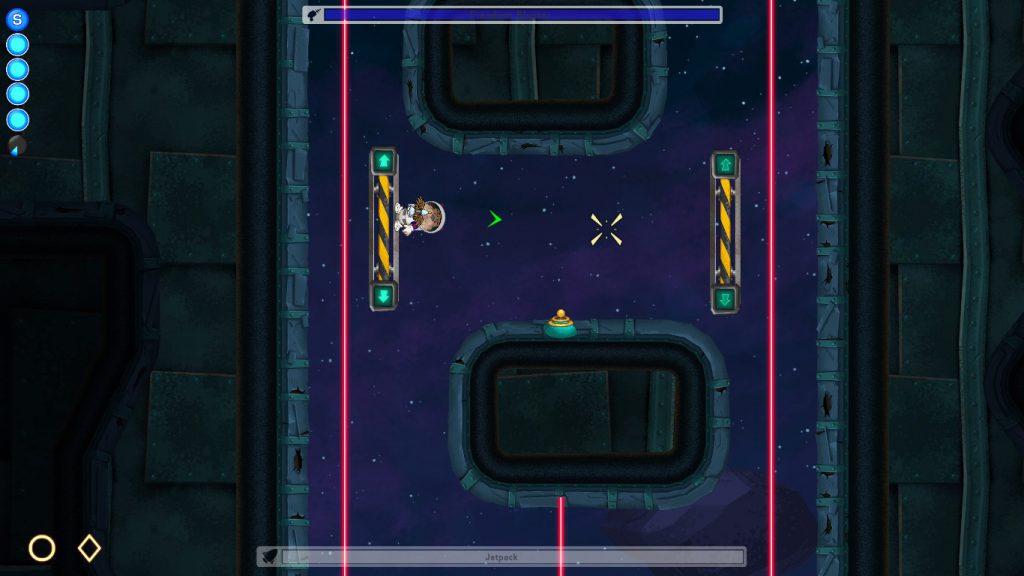 Now, you’d expect a platformer set in space to acknowledge this in gameplay, and I’m pleased to say Charlie’s adventure does. The levels are all in zero-gravity environments and Charlie can stick to walls, as well as use a jet-pack to correct his momentum to some extent, although it’s on a limited charge. In the first level you also acquire a blaster for dealing with enemies, most of whom are also flight-capable. This incidentally is all controlled with just the two mouse buttons: the left shoots your blaster, the right jumps and fires your jets.

So far the levels have been well-made for this kind of design, featuring obstacles that take into account what your character can do. Despite being fairly large, all of them are sectioned off into rooms that serve as sub-levels, with you either being guided through them in order or having to hunt down some keys. You soon gain new powers that up the ante to them, such as gaining a mode to your blaster that bounces off walls, something that definitely works well in a setting like this. 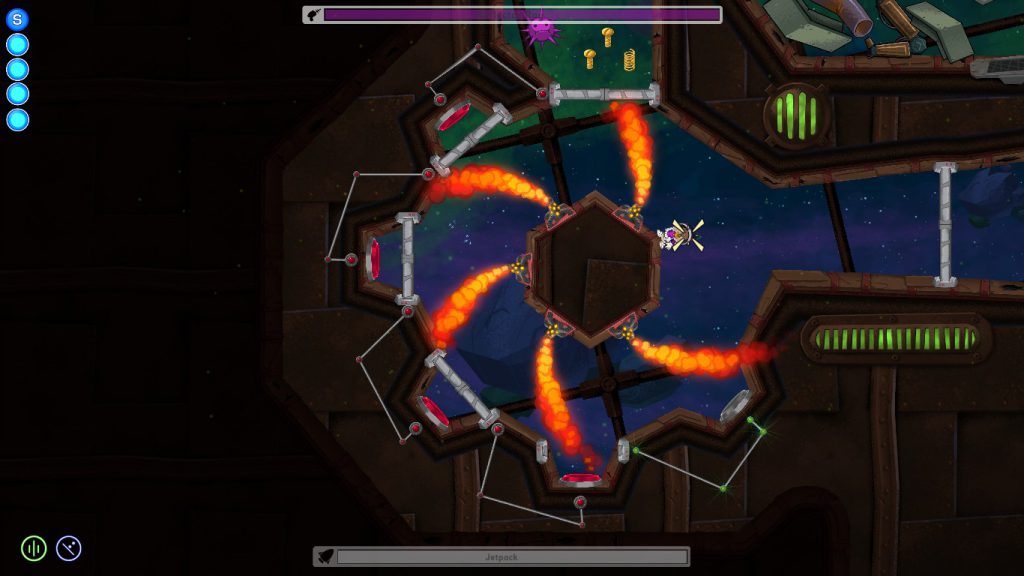 Graphics-wise the game looks fine. It’s very cartoony and colorful, which works to its advantage; enemies and things you can interact with stand out perfectly, and I never felt like I got hit by something I couldn’t see. It also has to be said that the general look of the game is quite cute in general, so they succeeded there.

While it doesn’t seem like the longest game in the world you do have some options for extra content. Collecting objects throughout required and optional stages lets you upgrade Charlie’s health, the various forms of his blaster, and his jet-pack’s fuel. You can even buy different outfits to change up his look. 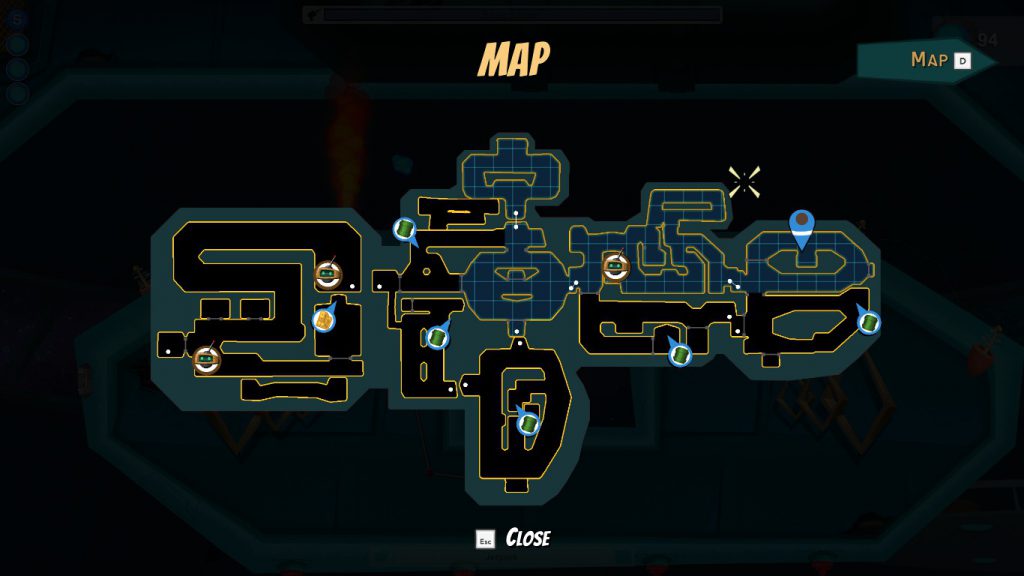 It’s worth noting that the game starring what it does isn’t a complete gimmick, as the people in charge obviously know and care a lot about the ocean. In addition to story logs you can also find Otter Facts throughout levels, which might tell you things about the little guys you didn’t know before – they certainly did for me. The most common pick-up in levels also allows you to send off for crewmates from Earth in the form of other aquatic animals you can chat with, which is again, pretty cute.

The game’s overall tone is a light one and it doesn’t take itself too seriously. Charlie and his crew will joke about the stuff he encounters, some of which got a snicker out of me and all of which was charming. I’d say it would be a good game for kids, although it does talk about the environment in a somewhat serious manner if that’s a concern. 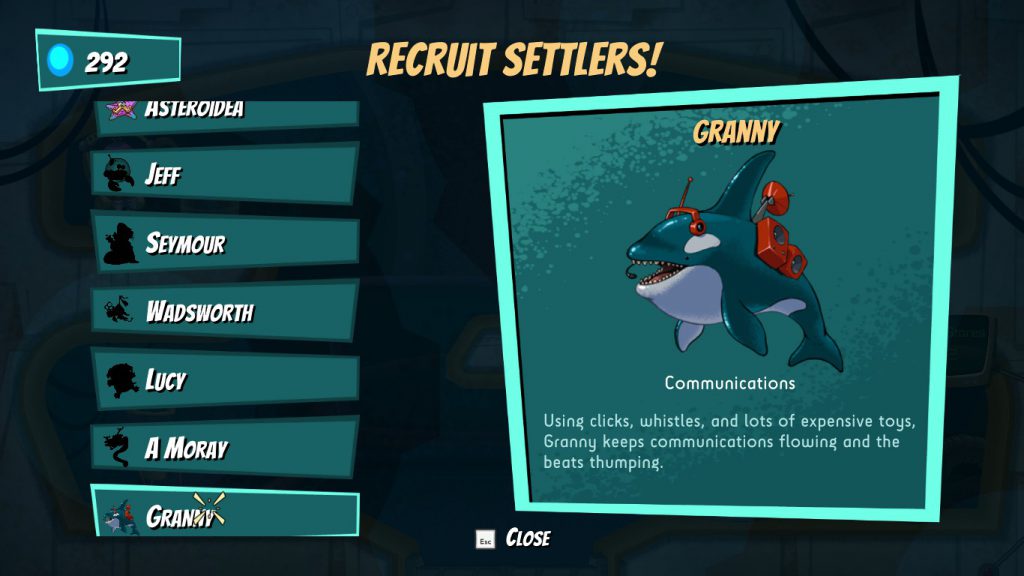 Overall, while I was keeping my expectations tempered a bit, Space Otter Charlie ended up being a great game to me. It’s a unique take on a platformer and has a lot of charm to it, plus it has good intentions behind it with their regard to the ocean. I give it a Save.