Shoot-Em-Ups are a genre about as old as video games, and I personally feel it’s a genre that’s gotten much better overall with age. A lot of them the old ones were designed as quarter munchers, and even when they shifted to home consoles still retained a high level of difficulty, and as anyone who’s had to restart a Gradius boss with no power-ups can tell you, often not in satisfying ways. Gradually though the philosophy of them shifted to whether or not you could beat the game to how well you could do at it, mastering the quirks of each through repeat playthroughs. This has produced some great titles on Steam and I think Habroxia 2 is another one to add.

Naturally Habroxia 2 is a sequel to the first title by that name, which is available on the usual suspects of the Switch, PS4 and Xbox One, but not Steam for the moment. I haven’t played it, but from a glance at footage of the original this one seems to be a notable improvement, boasting faster gameplay and nicer graphics. You’ve most likely played a game or two similar to both titles, though, as they have more or less everything you’d expect from the genre. Satisfying special weapons, power-ups dropping left and right, and enemies flying in single-file formation right into your line of fire are all things you’ll see in Habroxia 2. 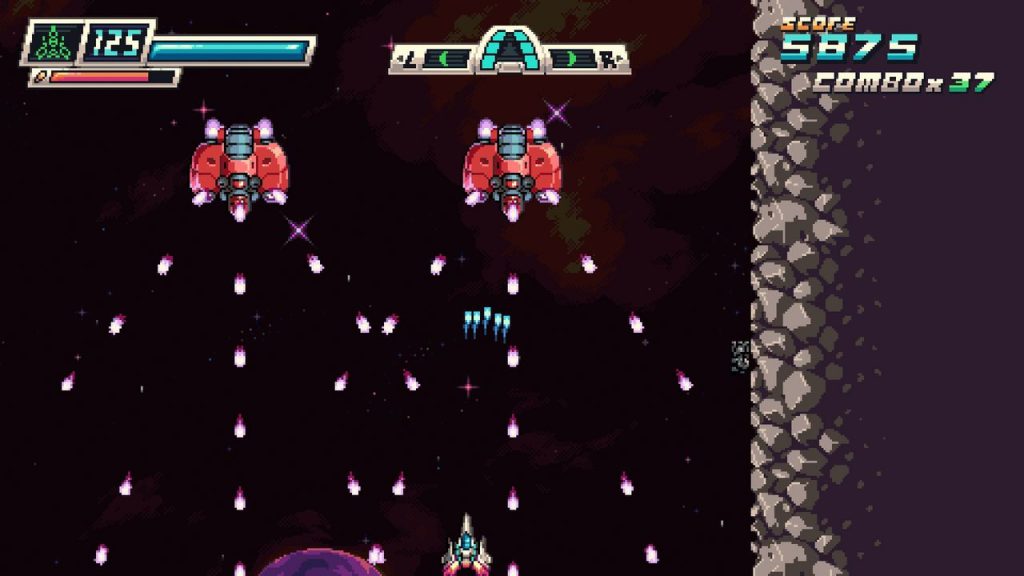 But it also still has the updates you’d expect from a modern SHMUP. A health bar for one, giving you some wiggle room even if you’re not the greatest at dodging, especially if RNG smiles upon you enough to get some drops for it. Your special weapons are also baked into your ship and can be activated every few seconds, without you needing to worry about ammunition or losing anything from taking damage. You receive a new weapon as you defeat bosses – which are all as impressive to behold and fun to fight as you’d expect from the genre – giving you some choices for how you want to approach stages, and two can be equipped for firing forward and backward.

Some quirks of its own Habroxia 2 has include being able to fire in any direction with your basic shot, an option that’s pretty crucial early on to destroy as many enemies as possible, and maximize the amount of credits you acquire. In some stages your ship will shift directions, flipping the stage from left-to-right, to top-to-bottom, which is a nice touch since it lets the game invoke either style of shmup. After every stage, whether you win or die, is a shop you can use to upgrade your ship and its firepower. This is definitely something more required than anything, since the durability of enemies and bosses scales up as you progress through stages, but it’s nice to be able to get a leg-up if you’re having trouble with a stage. Enemy patterns definitely ramp up as you progress through stages. 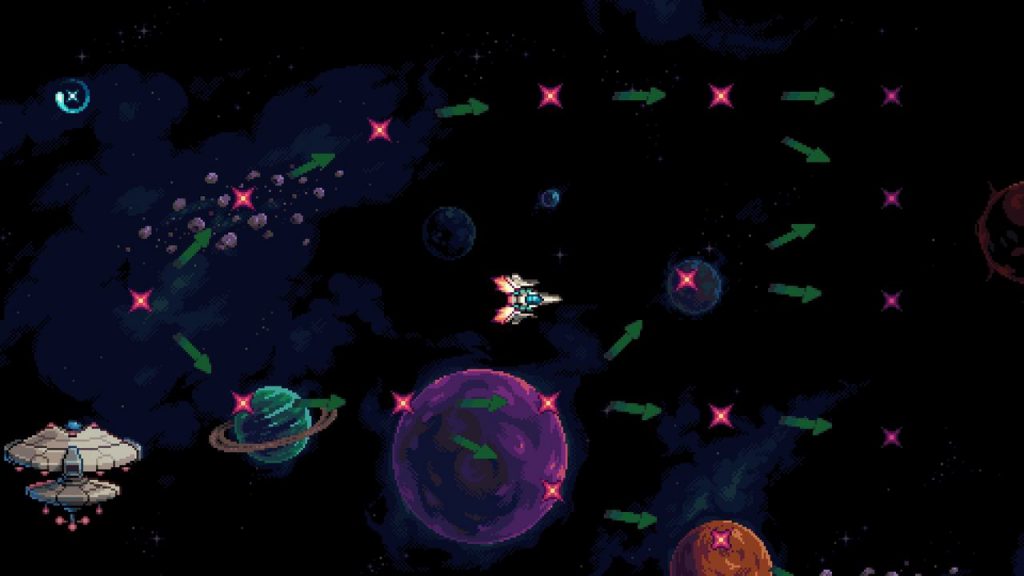 Speaking of stages, Habroxia 2 has kind of a Star Fox method of progressing through them: some have alternate paths you can choose to take, bringing you to different bosses and different stages afterward. It’s not linear, either, as I’ve gone from a stage on the upper part of the map, back to the first one altogether, and then unlocked the lower levels all without losing any progress. So you can definitely play the game in whatever order you please, acquiring and upgrading different special weapons than someone else.

As far as what problems the game has, I can’t name many. One thing worth mentioning is that Habroxia 2 is only playable on a controller. I’m not sure why, since all of its controls seem like they’d map perfectly fine to a keyboard, but it is what it is. Beyond that it doesn’t seem like the game will be particularly long, but that’s sort of to be expected for the genre and given it’s priced at just ten dollars I don’t think it’s something to complain about here. 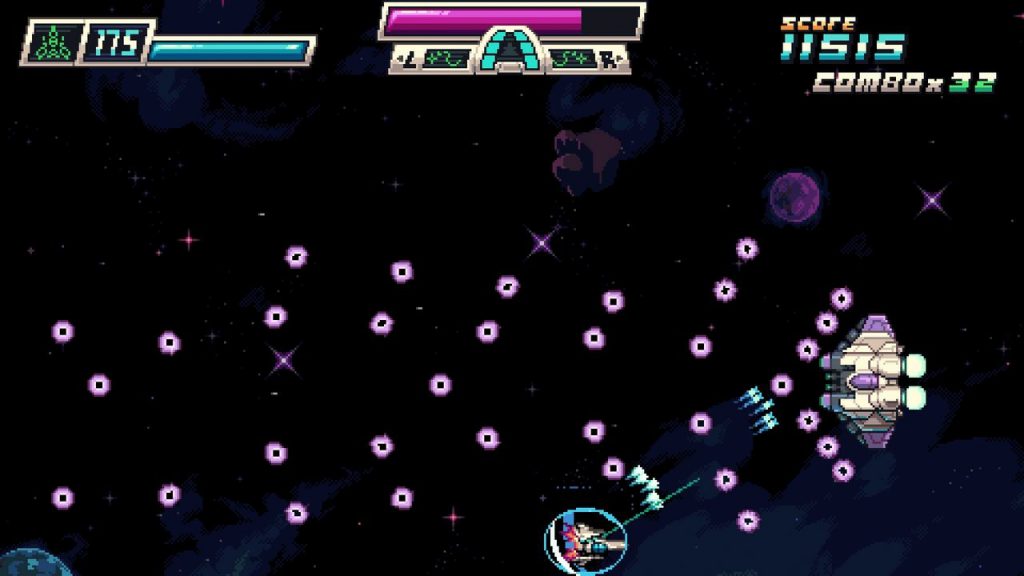 Overall if you’re looking for a new shooter title or are just browsing new releases on Steam, I don’t think you could go too wrong here. Just make sure your controller’s plugged in. I give it a firm Save.