Russian developer Team Rez manages to deliver a sci-fi shooter that proves serviceable and with a daring storyline, however the poor English translation and lack of polishing drag it down.

Orange Cast (OCA) is a third-person shooter set in a sci-fi universe far in the future. Thanks to the discovery of a new fuel source, humanity managed to colonize multiple solar systems. Players impersonate a “Uber-Unit”, one of the most advanced Human prototype soldiers that merge cutting edge military tech with supernatural abilities. After waking up from stasis and being contacted by a mysterious entity, the protagonist will embark in a journey into the heart of a galaxy-wide conflict.

Into the Unknown
OCA does a solid job in depicting a universe that truly feels alien, mysterious and unpredictable. From distant planets lush with extravagant flora and fauna, to war-torn space outposts and cities, there is always a good sense of discovery in each location. The game also uses indirect narration in some extent, to outline details about each location (such as ruins and other objects of the environment) – from which players can make their own conclusions and suppositions. A special mention is deserved for cutscenes, which are quite spectacular and decently directed.

Taking the scenic route
Despite being a linear shooter this title does, to some extent, integrate side content in certain missions. For instance, helping out an engineer in need could result in an experimental weapon as reward. There are similar side-quests and puzzles from time to time, which reward weapons, achievements or Easter eggs. The weapons obtained by such actions can be used in all future missions, some of them being extremely useful and different from one another. A much needed touch of variety to spice up the linear main story.

A bold story…
The storyline of OCA is really daring in terms of topics it mixes up. From galaxy-spanning feuds between mega corporations, to ancient civilizations and even astral mind travels, there is a LOT going on. At times, the locations and more so the situations will seem more of an acid trip than anything else. Those who fancy mind-bending, complex narratives with a lot of implied meanings, indirect narrative will be right at home with Orange Cast. If anything, I applaud the writers for the guts. 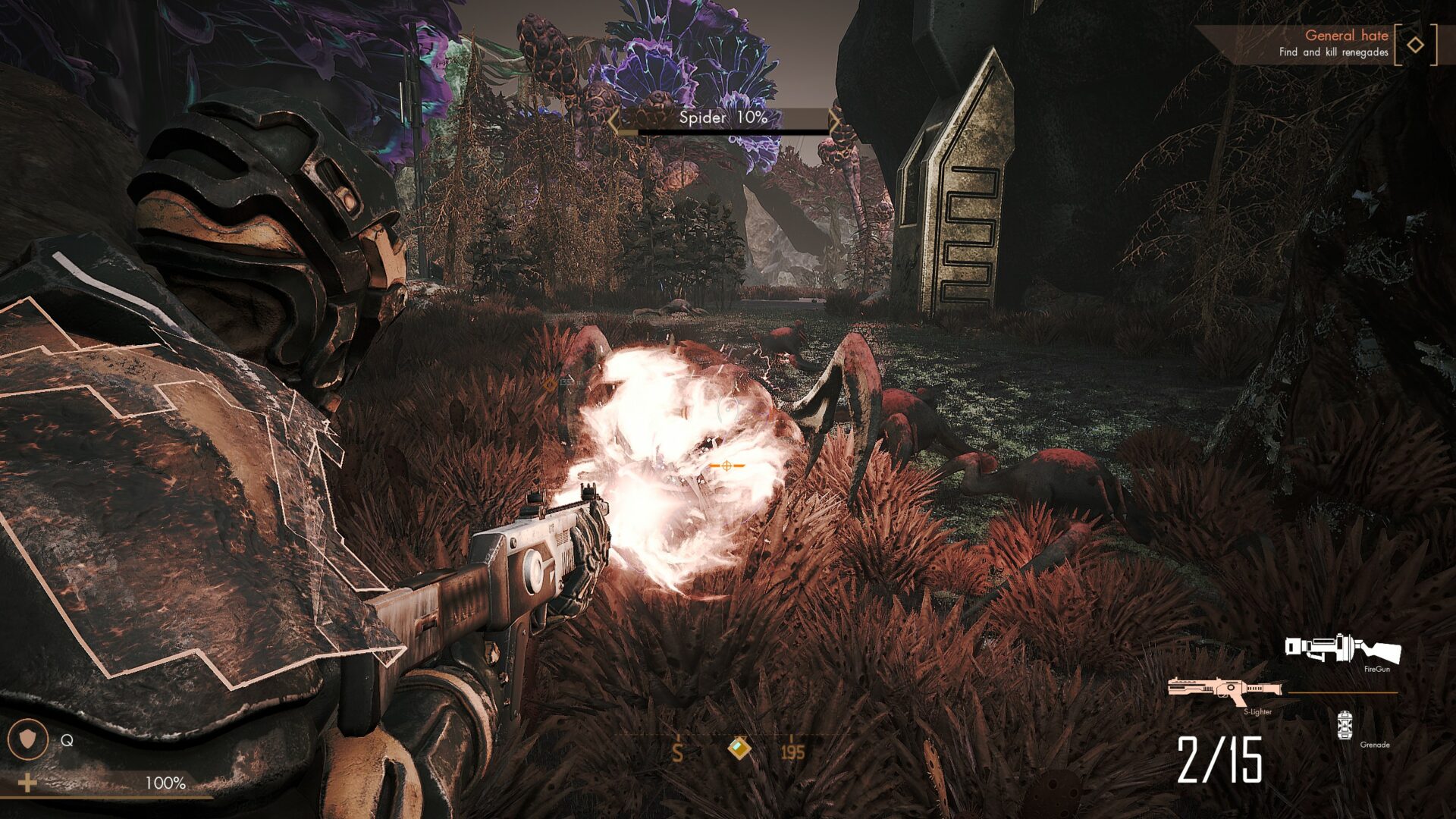 …Lost in translation
The story is complex as baseline, but becomes nigh-impossible to fully understand due to a poor English translation (from Russian). Dialogues range from a rarely acceptable level to some sentences that struggle to make any sense, while it’s not uncommon to find completely untranslated posters, writings or messages around the various maps’ walls. The voice-over is as well of subpar quality and only in Russian: in some scenes, the characters speak with a tone totally inappropriate for the situation currently unfolding (such as a calm tone during a battle, to name a case).

Polishing? What’s that?
Performance randomly degrading to atrocious levels, clunky animations, inconsistent model quality, unwieldy aiming and poor AI are only some of the technical problems OCA faces. Despite using Unreal 4 which is by all means a good engine, the game clearly needs much more polishing in multiple fields. It does work, but just barely – those who can’t stomach a high amount of jank will be disappointed.

Are you not entertained?!
Enemy AI rarely proves to be up to par in confronting players. Normal enemies and even some bosses can randomly stop shooting for no reason, completely mistake pathfinding, and generally just rush to the player location without much thought. Sniping weapons prove devastating simply because enemies will not shoot or miss 90% of shots at medium-long ranges. Only in large numbers and close range enemies prove dangerous, but apart from some late-game special foes, most prove to be incompetent and easy to defeat. 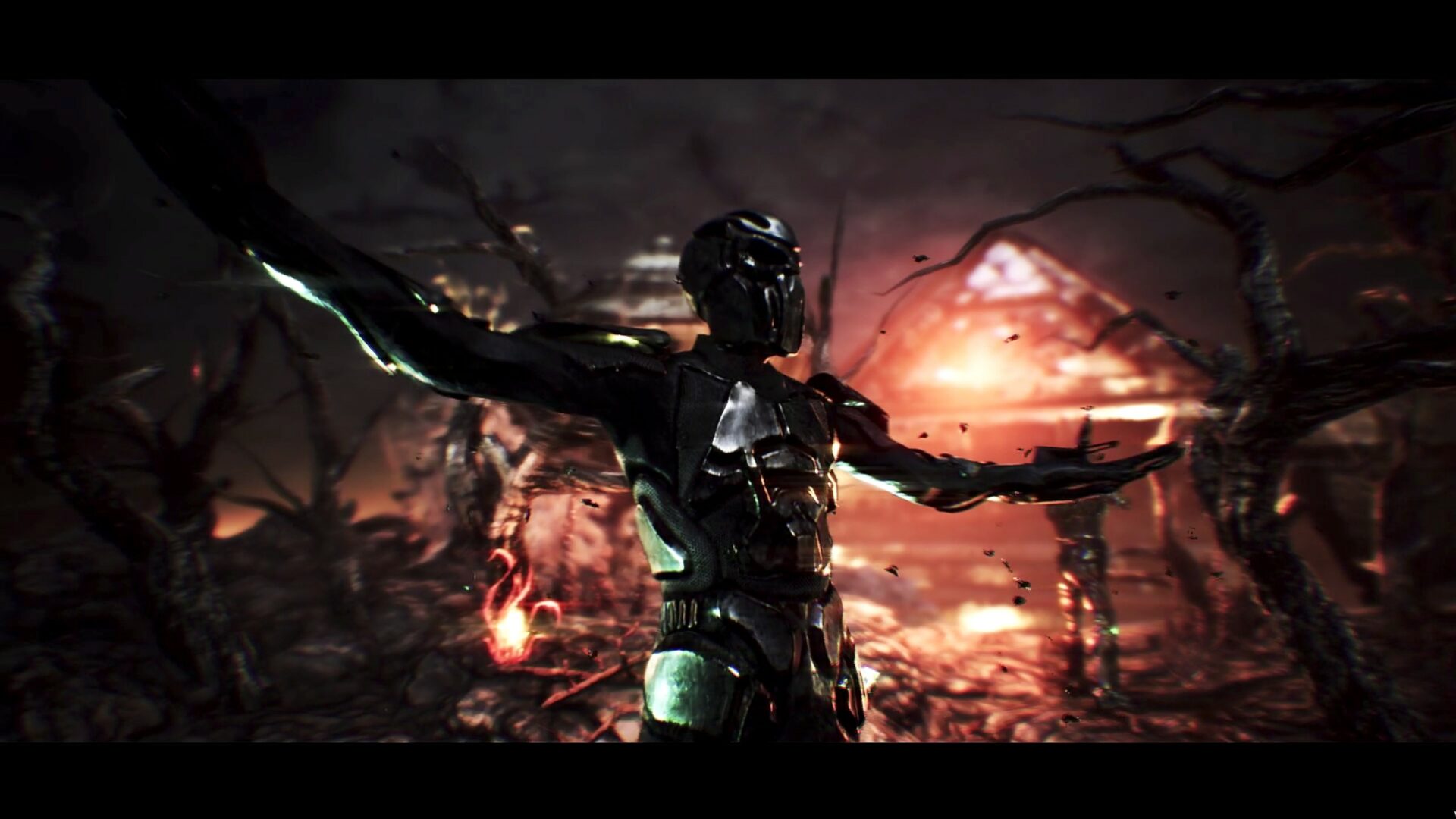 Exploration
Is performed on foot most of the time, though in some maps vehicles are also available (terrible handling though). While exploring, Ammo and Grenade crates are some of the main things to look after, as they will restore all ammo and “black hole grenades” when used. While in outpost or no-fight zones, usually it’s possible to talk with NPCs, some of them having more articulated dialogues than others, useful to know more about the lore. In combat-enabled locations, NPCs may give small quests in addition to the main one, which result in weapons or other things as reward.

There are secret weapon stashes, achievement areas and even puzzles to be discovered if one takes time to go off the main path and explore, some of these can be a significant advantage in that level or in the future, so it’s definitely worth doing. Apart from occasional secondary content though, there isn’t much else to look for.

Combat
Plays out in third person, and while sufficiently functional for a shooter, it also proves to be clunky and unwieldy most of the time. Grenade throwing in particular is an extremely weird animation more like a baseball throw that gives no clue about where the ordinance will end up. Precision weapons lack any kind of scope or additional zoom, still prove very effective especially with headshots which of course deal extra damage to some enemies. Bosses are present and while some are deadly enough, some others can be easily cheesed or simply don’t work properly.

Players can carry three weapons, which can be changed at any outpost’s arsenal and have large quantities of ammo for each. Some weapons are simply not worth using while a select few prove to be overpowered, this makes the variety less enjoyable than it should be.

Dialogues
Can be done with NPCs and in mandatory story dialogues. There are no choices as expected from a linear game, though additional options may shed more light on the complicated narrative. Speaking with everyone in all locations is definitely recommended to know more and reasonably interesting… when the translation makes sense. 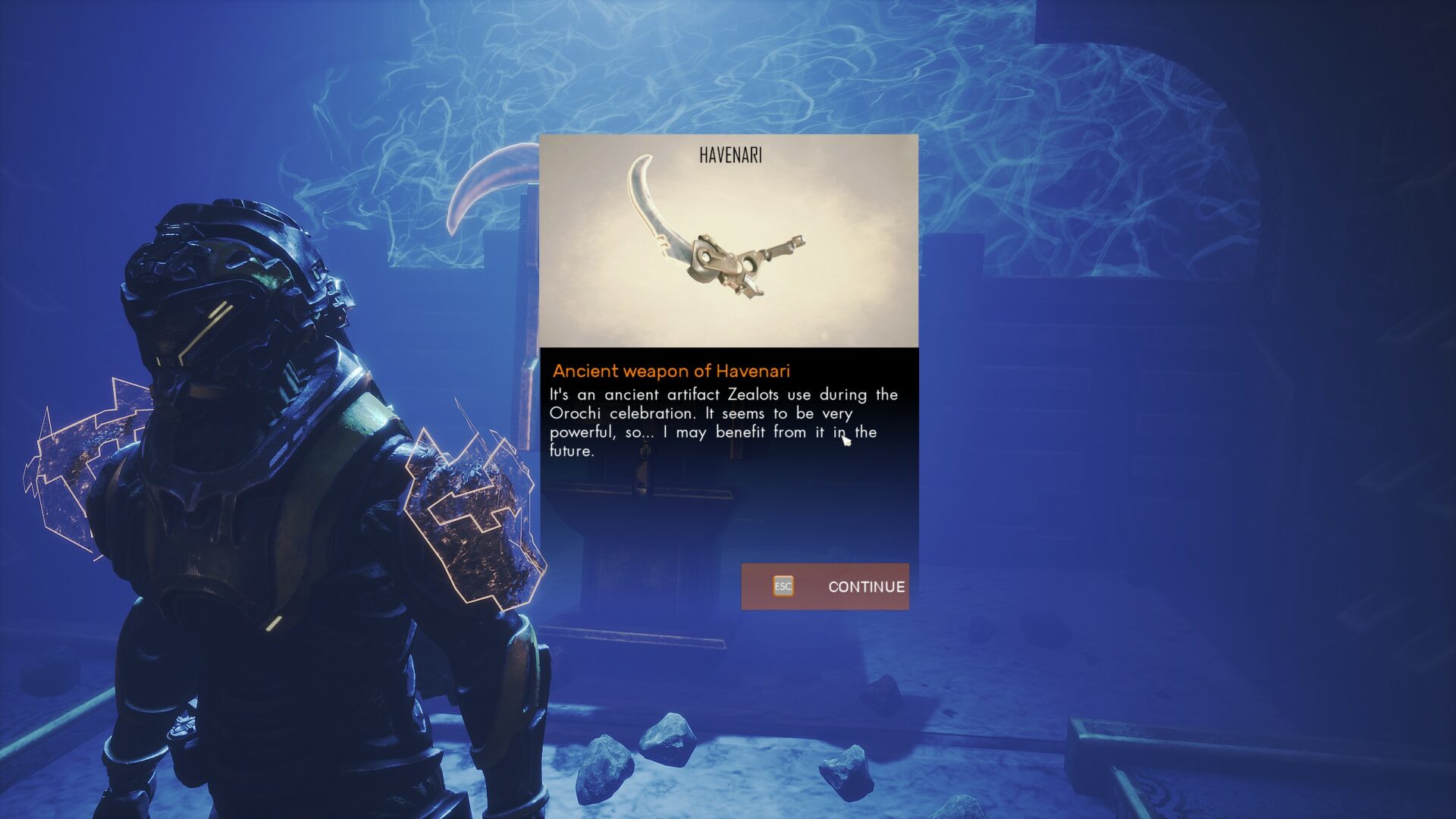 Critical Issues
– Performance severely degrades (down to 15-25 FPS) in some locations.

Bugs & Issues
– Players can rarely get stuck in some places, needing a restart.
– Changing any keybind causes the game to freeze permanently.

It took me around 9 hours to complete Orange Cast, while taking time to clear all side-content I could find. There is no replay value, however the price of 14€ is fair for this amount of content: for the decent quality proposed i’d recommend to buy full price to sci-fi fans, others should wait for a sale.