Traveling sure would be easier with this power. Or secluding all of my enemies on an island.

While not everyone would have been interested in drawing up maps or fascinated with the idea of being able to map out a whole town in the most efficient way, we all have been in a situation where you just despise the travel time. Of how far away the places you want or need to go to that at the least will need a dedicated day and at the most days to get there and back. Not to mention the money needed and the stress that increases in relation to how far you need to travel. Or perhaps traffic is going too slow and you just wish you could just skip past to your destination. If only there was a way to just teleport to your destination. 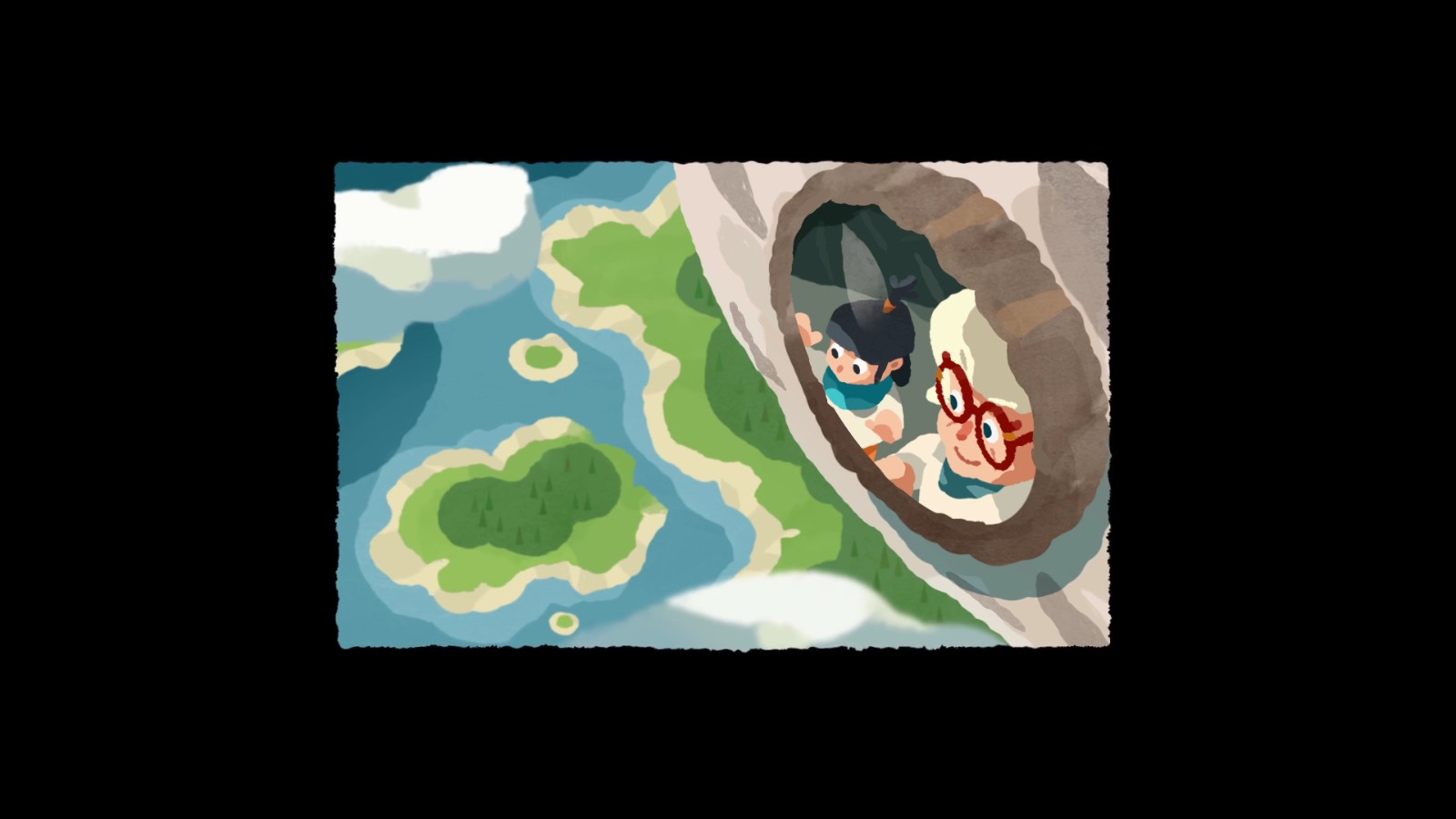 Well, Carto must have spawned from these types of situations in some way. In Carto, you play a young girl named Carto who lives with her Grandmother in an airship. Her Grandmother happens to be a cartographer, but not any cartographer as she makes maps by connecting map pieces, which in tern alters the world so it matches the map. It looks like our little Carto may take over the mantle as we see her watching her Grandmother. However, Carto’s curiosity and wonder at the power of the map pieces gets her to connect a piece with a storm to the piece that they’re currently on. Leading Carto the fall out of the airship along with her Grandmother’s map, which the pieces all scatter. Once she wakes up, she finds herself on a mysterious island and a journey that will bring her to many other locations and people that need her help and in turn will try to help her. Maybe you’ll even meet a new friend. 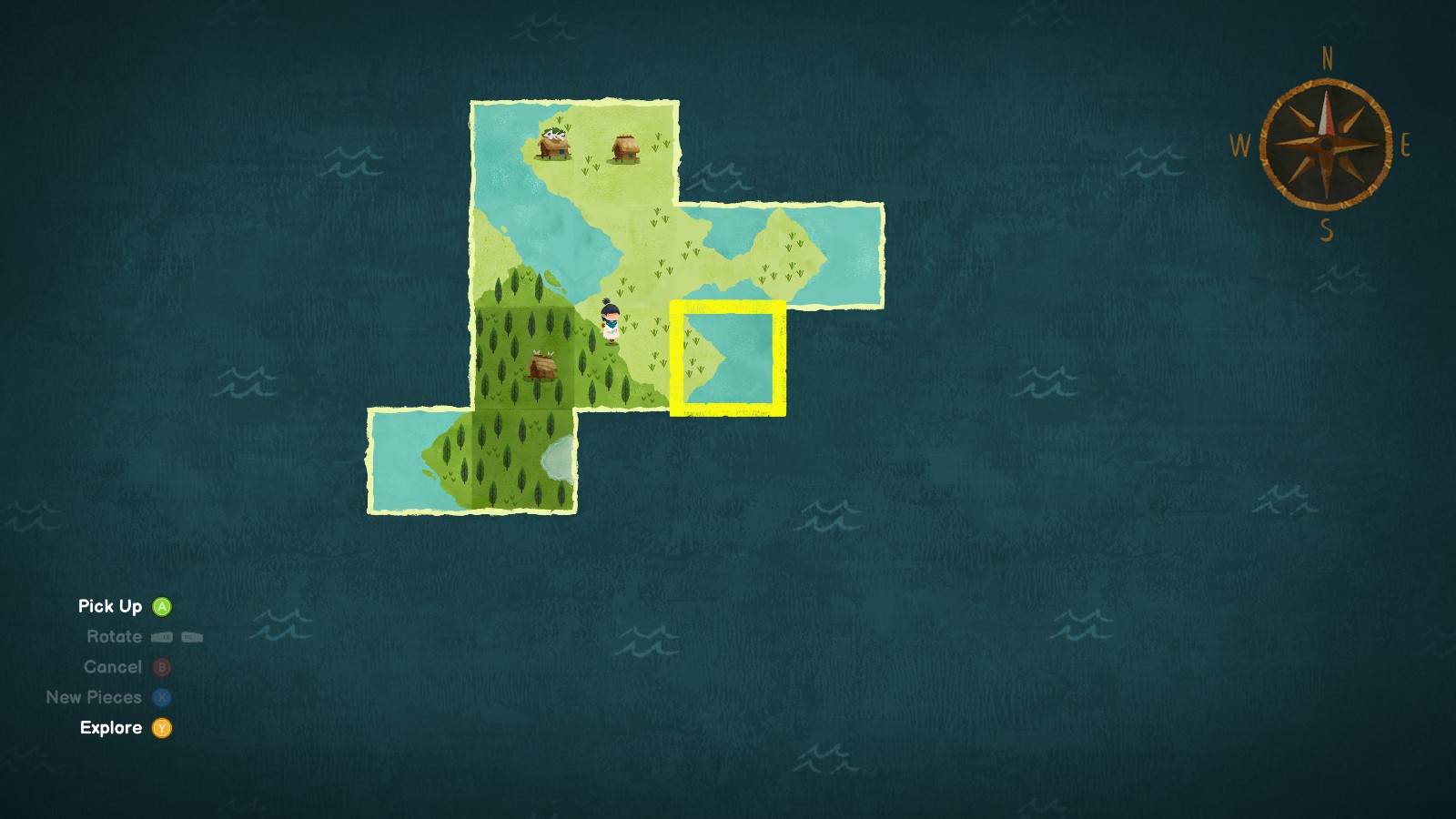 From here, you’ll be using the map pieces to your advantage to both be able to travel around and solve puzzles. You start with a good handful in each new location and you’ll need to pick up any stray pieces to add to your map. At any time you can bring out your map and rearrange or add new pieces, though there are some rules. The pieces can only be connected if it has the same border. You can’t connect a water border with a forest border, but you can if both borders were forests. Properly connecting the pieces gives you more room to walk around, give you access to talk to the people that happen to be living where you are, be able to travel faster as you’ll be able to switch the piece you’re on with another that’s closer (or just put you closer) and even solve puzzles. 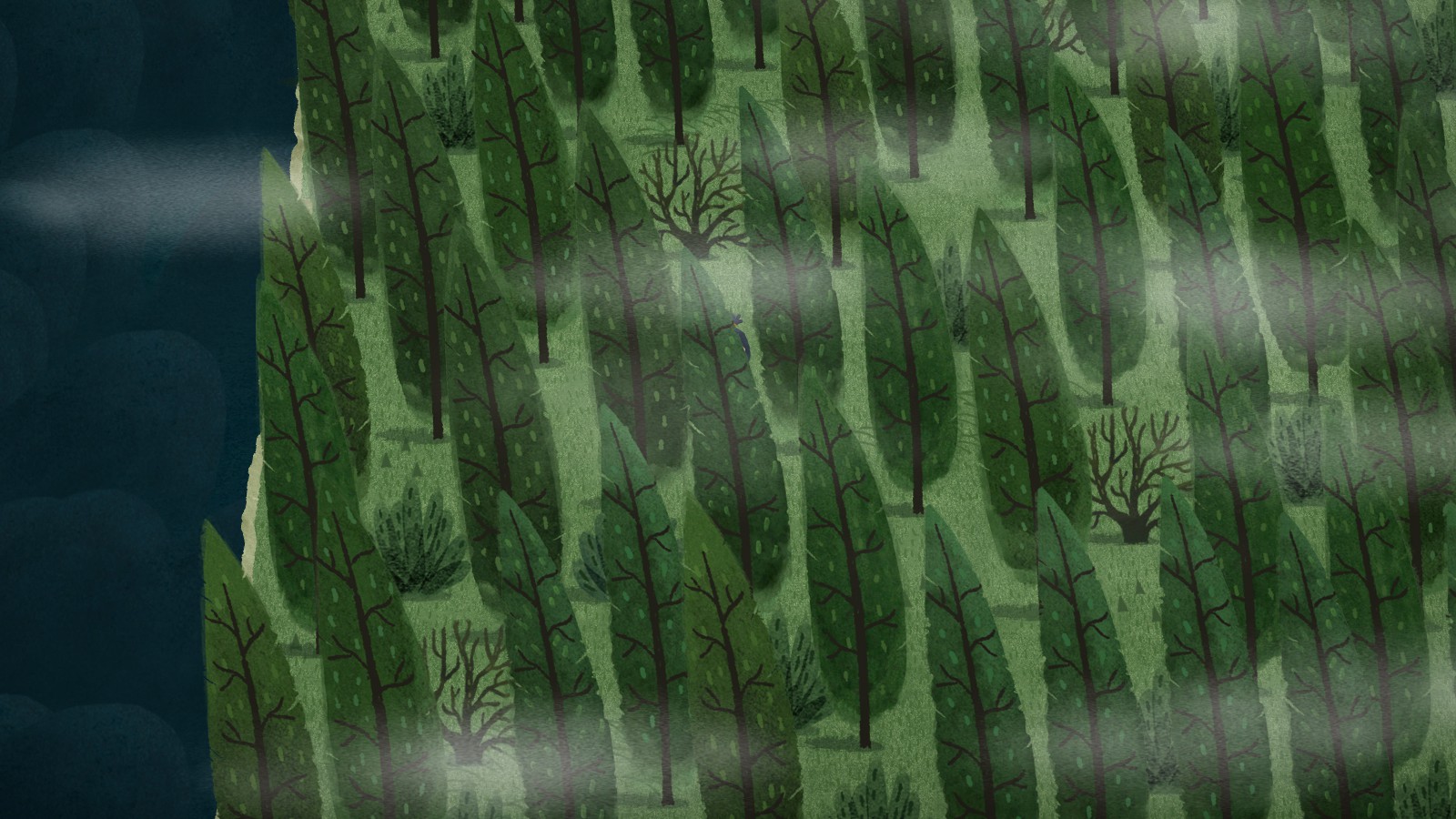 The puzzles are a mix of some being vague, obvious to figure out due to the visual clues and what you already know, and ones that doesn’t make sense at the moment until you suddenly get an Eureka moment once you need to solve it to continue. It can be easy as a map piece needing to be turned or put somewhere else in relation to the other pieces. Though, it can be vague where the context clues doesn’t make sense or the clue you got doesn’t really shed some light on the situation. The vague puzzles were the ones that I got stuck on and will most likely be the ones you will as well. For me, it was mostly the rule where a map piece can suddenly appear if you arrange the needed pieces in the required way. While another one had me confused with “following footsteps in the yellow desert” when if anything both desert types looked yellow. Though, Carto does also bring out some inventive solutions as well. Like puzzles where you’re supposed to be lost don’t give you a mess of map pieces to deal with, but a couple so it’s more manageable. Make use of the fact that turning a map piece affects how everything is placed or facing. There was even one where you have to open a safe and, if you didn’t figure it out by the combination numbers you’re given, you’re clued in more by it being the only map piece that makes a weird sound when you turn it.

Each new location will throw in a new curveball for you to figure out as well. Making the puzzles slightly harder as the new feature will cause you to put some more thought in placement or figure out how to properly connect the pieces. The last new location Carto will visit is the hardest of the bunch. 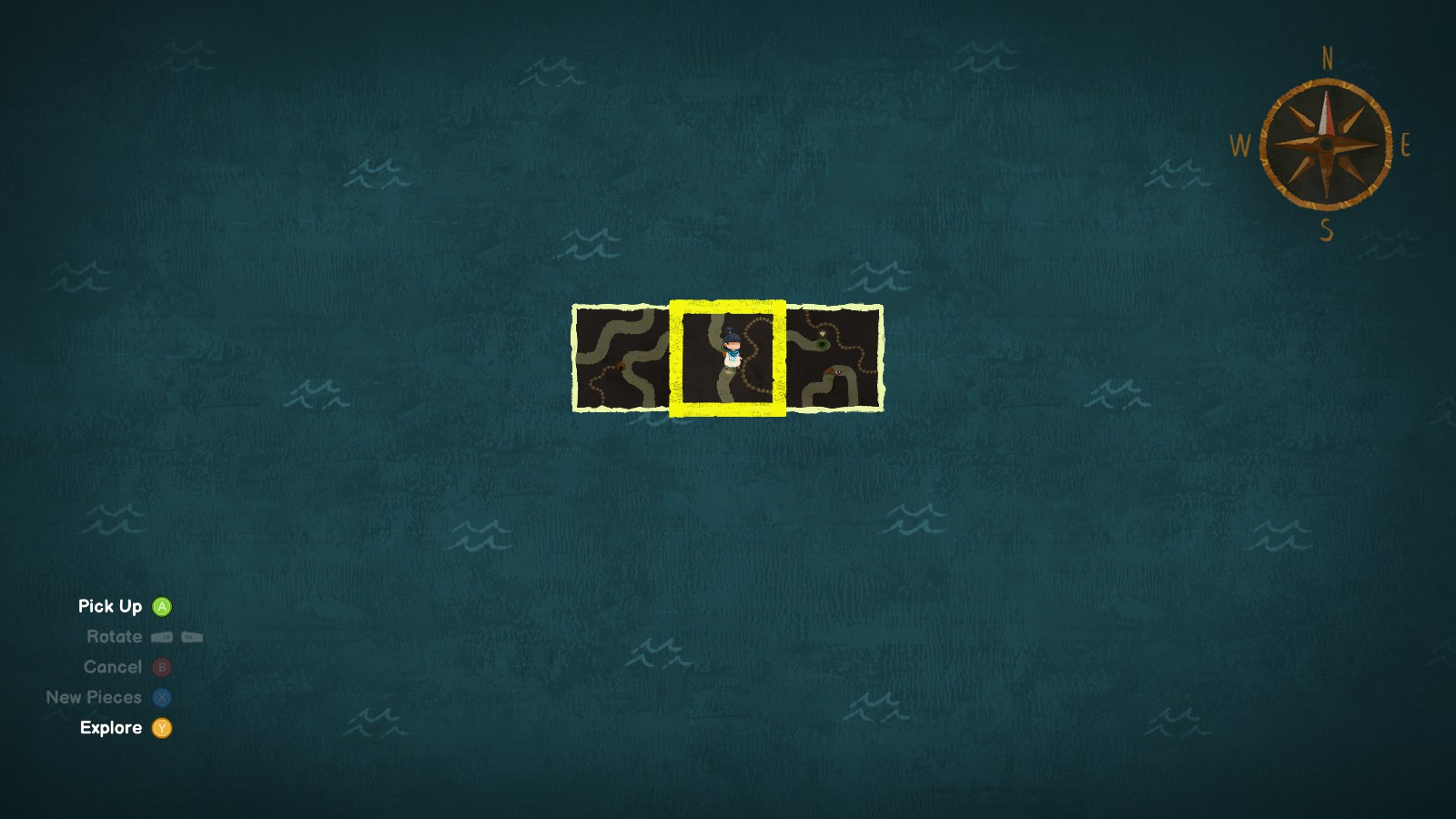 There are some secrets or optional stuff to find if you’re up for it. There are six puzzle pieces hidden in different chapters. You’ll have to be pretty keen and be really curious take over to find them all yourself. Though, you can finish the whole game and not realize that they’re there to be found. Other than two, which you’re not really pointed to and rely on you happening to do the required step, you’re given a vague hint on what you need to do to obtain that puzzle piece, though it is easily be written off as nothing. Once you get all six by either figuring it out yourself or checking out a guide, you’re given access to the airship so you can look at some concept art. There is also a library called the Story Chalet that Carto will be at that will give you some more lore on the world so you can understand the people and why the different tribes do what they do. And even a book that is creepily telling the same exact events you’re going through. If you read everything, it will come up as an achievement. 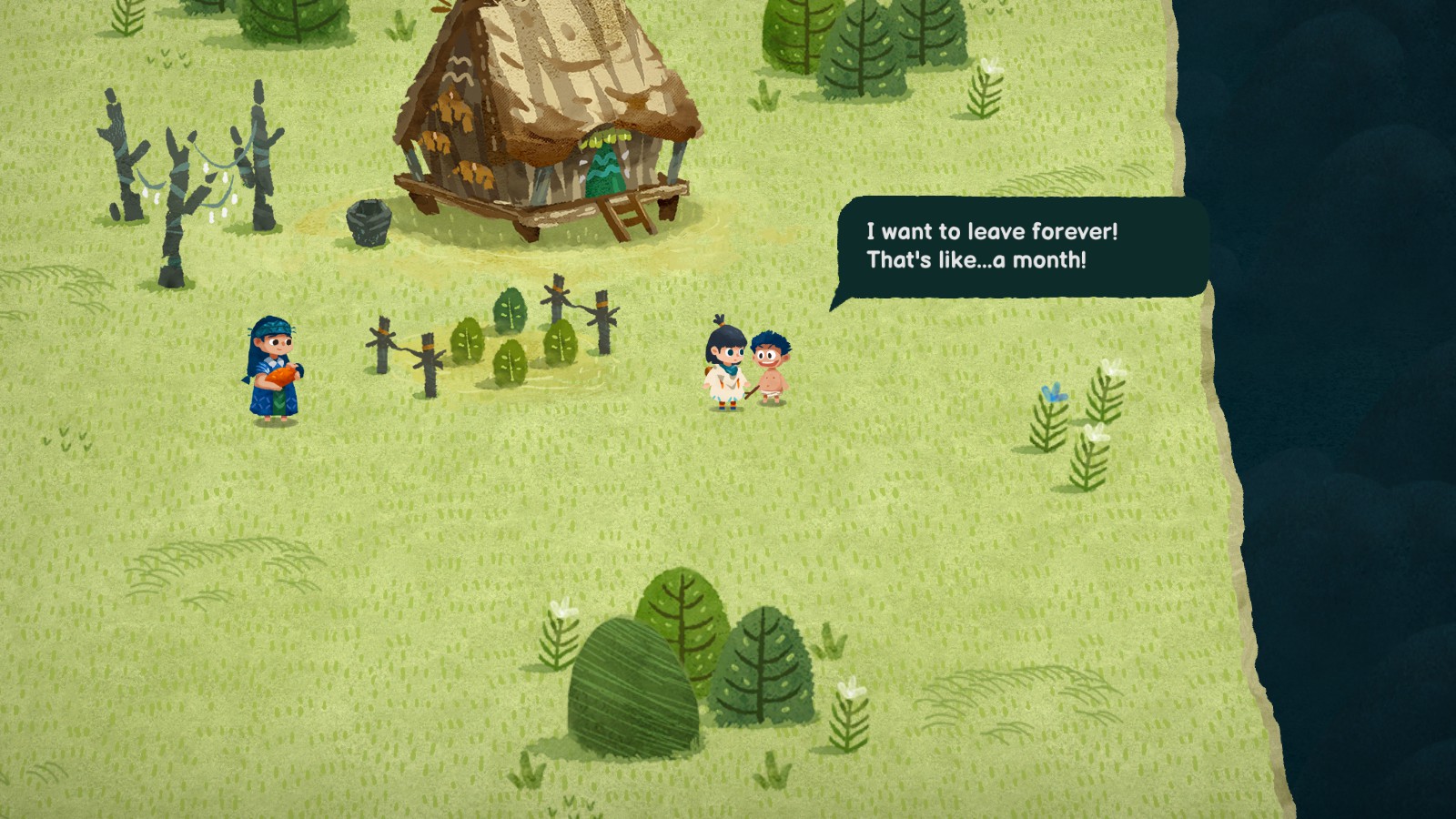 I really enjoyed my journey with Carto through the seven hours I spent with it. There may have been some vague puzzles and some will get tired of the map mechanic despite some wild pieces being thrown in, but it has a cute story, the art style is so cute as it looks like it can easily be in a children’s book, and features a unique map mechanic that’s used pretty well. I’m glad I decided to try out the demo or else I wouldn’t have picked up this gem as soon as I did.