A rather short 3D platformer that has all the charm and satisfying gameplay of any good platformer, but the playtime really lets the game down

With the world being how it should be, people getting along, things going well and everyone generally having a good time, the devil wants to cause mayhem, cause bloodshed among the world. So the devil cursed the world, causing mindless beasts to destroy their home and for some odd reason, the humans didn’t seem to like this. So much so that they rebelled and got a mighty wizard to break this curse, this caused the devil to call upon a champion of his own, Stingy Jack, he would be offered freedom to the afterlife instead of a rotting spirit in hell, but in return, Jack must find the wizard and take him down to ensure that earth will forever be a reckless mess.

As you embark on your quest to slay the wizard for your chance at freedom and to be alive again, you’ll come across many new places and characters to interact with. From farms to swamps, from graveyards to castles you’ll travel around trying to track down your prey. Each level has small segments in them where you take off your pumpkin head and enter a small area to help you progress. These parts are more puzzle-based but nothing that you’ll have to wrack your brain around in order to understand.

Platforming feels tight and easy to control, as you would expect nowadays. Nothing too complicated or fancy going on with the platforming segments besides the odd part here and there that you might have to think about instead of going headfirst. One of the segments that seemed more boring however was the ‘chase’ sequences. There seemed to be at least one of these in each of the levels with the screen constantly moving and you’d have to move accordingly to avoid taking damage and dying. Admittedly, I enjoyed the first one where you had to run through a burning barn but after that, it just felt like a way to prolong the game a bit more. These sequences are fine I guess, but it wasn’t really that enjoyable compared to everything else.

At the end of each level, you’ll encounter a boss to defeat, whether they’re trying to protect the planet from your evil deeds or just want you gone. Sometimes you’ll come across these bosses early on in the level as they taunt you as you make your way up to them, they have somewhat of a personality and flair to them, at least the ones that talk to you as you progress through the level. When it comes to the bosses themselves, there is a decent amount of creativity going on to keep things interesting. Even though they aren’t necessarily that difficult, it’s still satisfying to take them down and gain a weapon from them to use in the future. The attacks are portrayed on the ground so you have time to move out of the way before they pummel you to death. 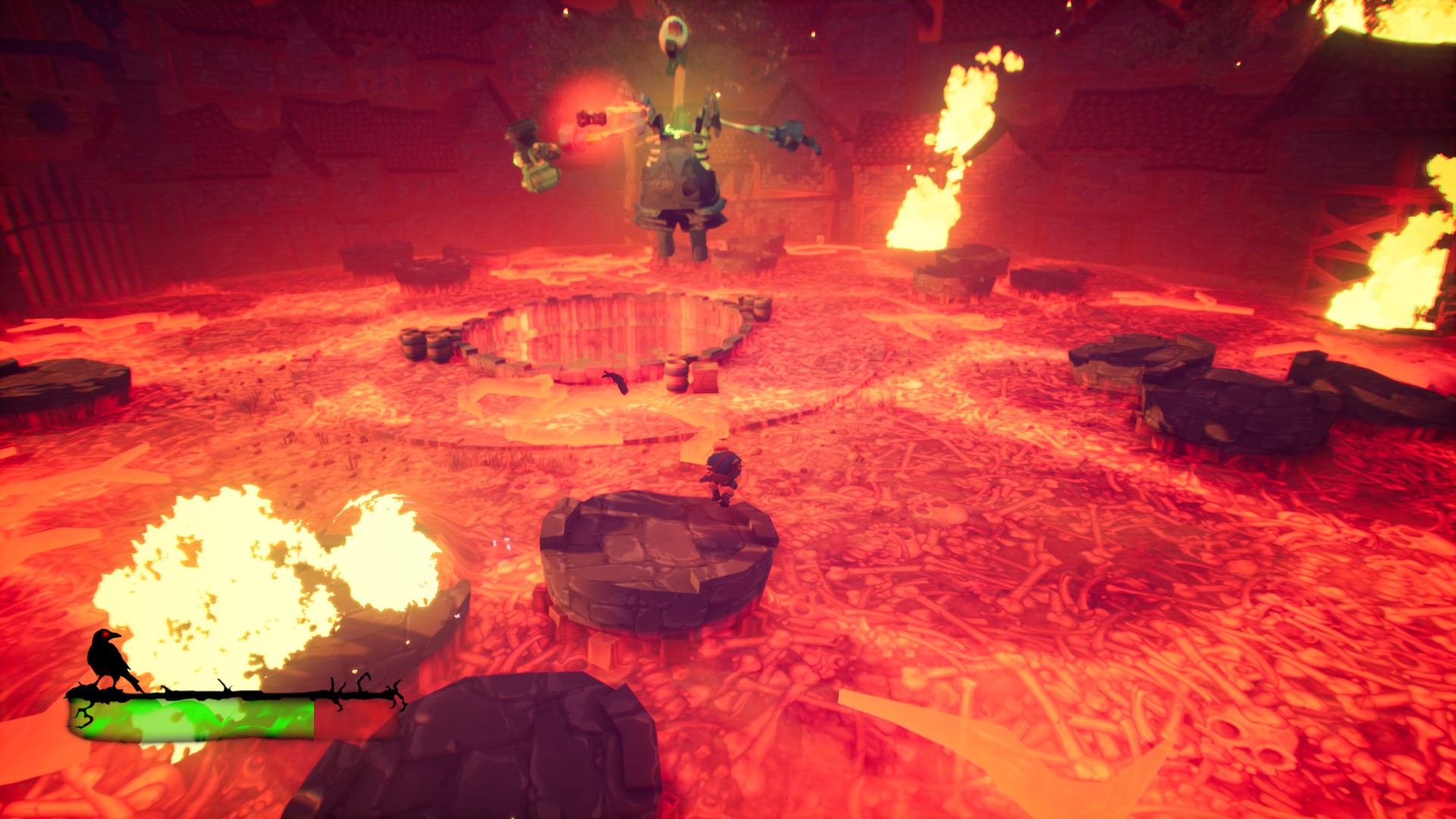 In the long run, Pumpkin Jack might take you around 5 – 6 hours to complete and for the full price of this title, it feels rather short… However this doesn’t automatically make it a bad game by any stretch of the imagination, I still thoroughly enjoyed my time with this title despite the rather short playtime. The price isn’t necessarily justified by the amount of time you get out of it, in this case anyway, but more by the quality of the game itself and all the little details in the environment and the humorous dialogue that you’ll come to appreciate. 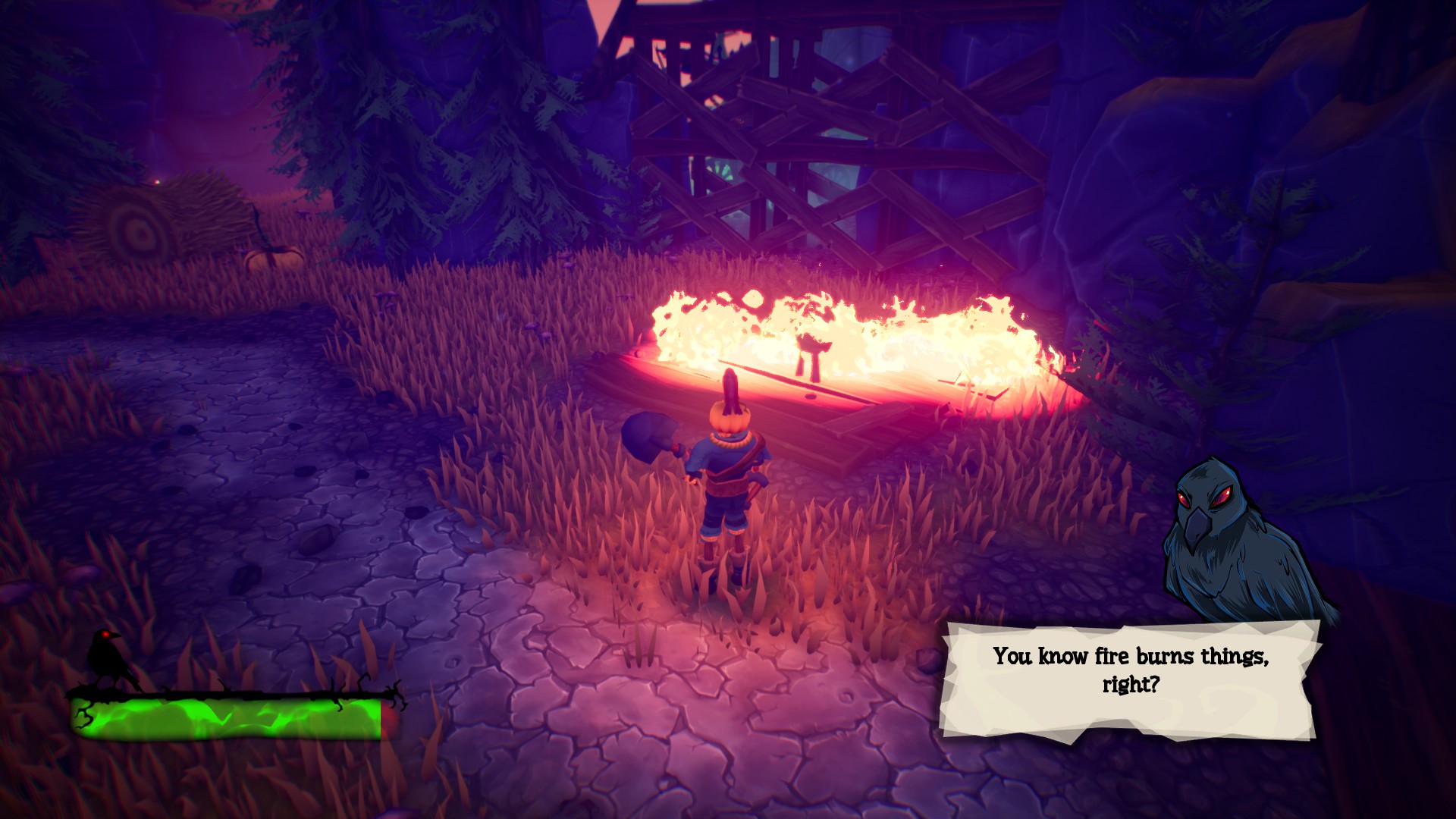 Despite the fun combat, it does take a very spammy approach without the need for much strategy or thought, not that I was expecting extensive combat in the first place mind you. Your two maneuverability moves are attack and dodge so you can imagine what the combat is like when you come across a group of enemies. The combat isn’t bad or boring per se, but it just feels too simple without any sort of charge attack just to add a bit of variety into the mix. You do have a few weapons that you can switch on the fly, but these don’t really have much in terms of variety besides slightly longer or shorter range. There wasn’t really a time where I felt like a specific weapon came in handy, so the majority of my time I used my most recently acquired weapon.

Every level has a very distinctive look to it, using dark and gloomy colours to portray a more spooky atmosphere to light and vibrant fires as you infiltrate the castle. You’ll never get bored exploring new levels that you unlock, they are all very pleasing to look at and have a lot of attention to detail put into them. Characters, enemies and bosses are all distinctively different from one another and provide each level with a different set of enemies and characters to interact with. As far as quality goes, this game has a lot of it in the short amount of time you’ll be playing this game. 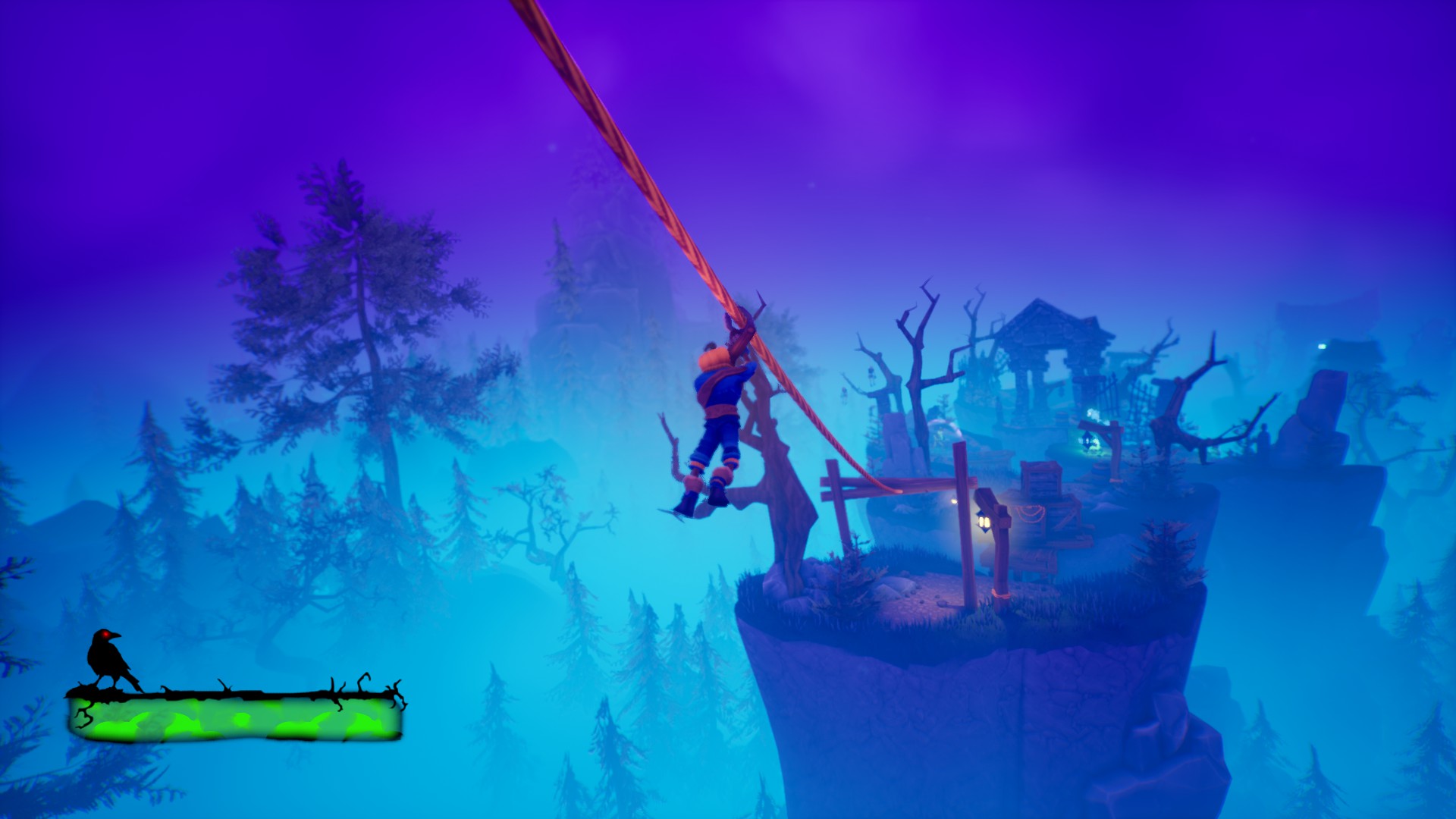 Pumpkin Jack isn’t a bad game at all, it has humorous dialogue, lots of attention to detail in the environments, fun combat (despite it being simplistic) and is just a joy to play. But what brings it down the most is the low playtime that you’ll get from playing through it, the 5 hours seems pitiful for purchasing this game for the full price even if the quality is high. Unless you’re dying for a decent platformer then go ahead, but if you can at least wait for a sale then I’d highly recommend doing so.