Visual novels are not a genre for everyone. Plenty of people struggle with reading and focusing on words scrolling by without some sort of gameplay breaking up all of those letters. As someone who has always loved reading books, I find myself drawn to visual novels. Combining books and gameplay is just a happy marriage of two mediums.
Stories like RB: Axolotl benefit from pacing that is often thoughtful, and tends to prioritize characterization. This is something that aids the story, and helps us either enjoy or dislike the characters more as we progress, even if it takes a bit for the plot to advance. The time I spent with RB Axolotl felt both like quite a lot and very little all at once, a boon in the genre.

Like most visual novels, RB: Axolotl is narrative-heavy. That being said, it’s difficult to discuss the story without just spoiling things. I will preface with this: the game starts out at a bright, cheery tone that it does not keep up with. The characters are colourful, cute axolotl, and we spend our first few hours getting to know them differently coloured amphibians. Axy, Enc, Nio, Liam, and Lanna are all residents of the tank, and you quickly learn that things there are a tad bit strange. The axolotl doesn’t need to eat and require very little sleep, for starters, and also don’t seem to age.

There are even more oddities present that we learn quickly. There’s a void in the center of the tank, a portal of sorts that apparently spits items out every day. Nio is the axolotl with the highest intelligence, and he believes there’s a correlation between their very existence, the items he throws into the void, and the things that come out. 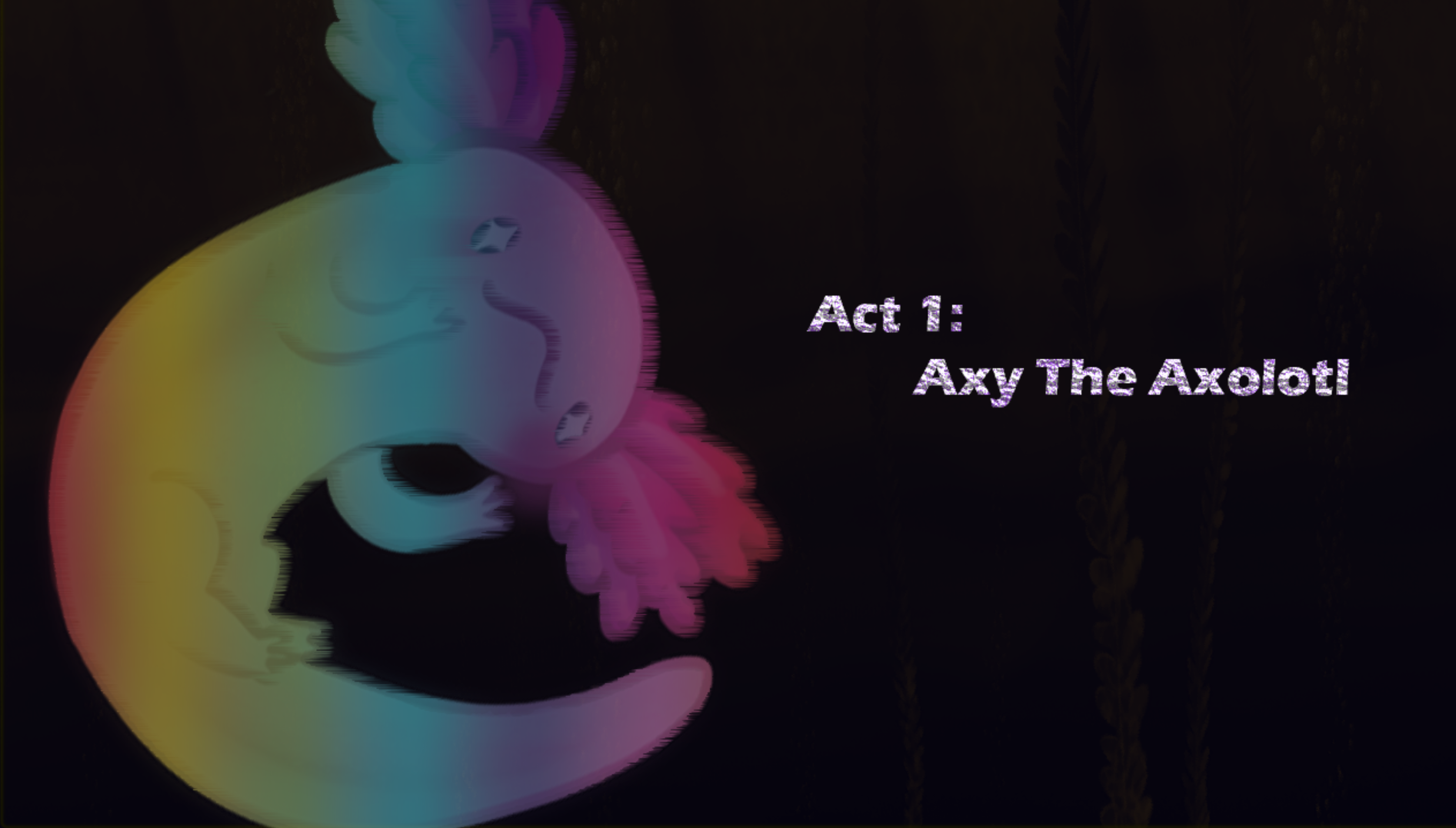 What I will say is that RB: Axolotl isn’t necessarily for the lighthearted. Very early on things get dark, with graphic, vulgar dialogue. Things spiral from there, and if one were to label the visual novel as ‘horror’ I wouldn’t disagree. There’s a mystery in every part of this game, and it waits quite a while to begin to unravel all of its layers.

As a traditional-style point-and-click visual novel, the graphics in RB: Axolotl aren’t necessarily the focus. Still, the backgrounds that are present are hand-painted, bright, and varied enough to be eye-catching. The character designs are adorable as well, and their expressions change based on what they’re saying or emotions present in the scene. 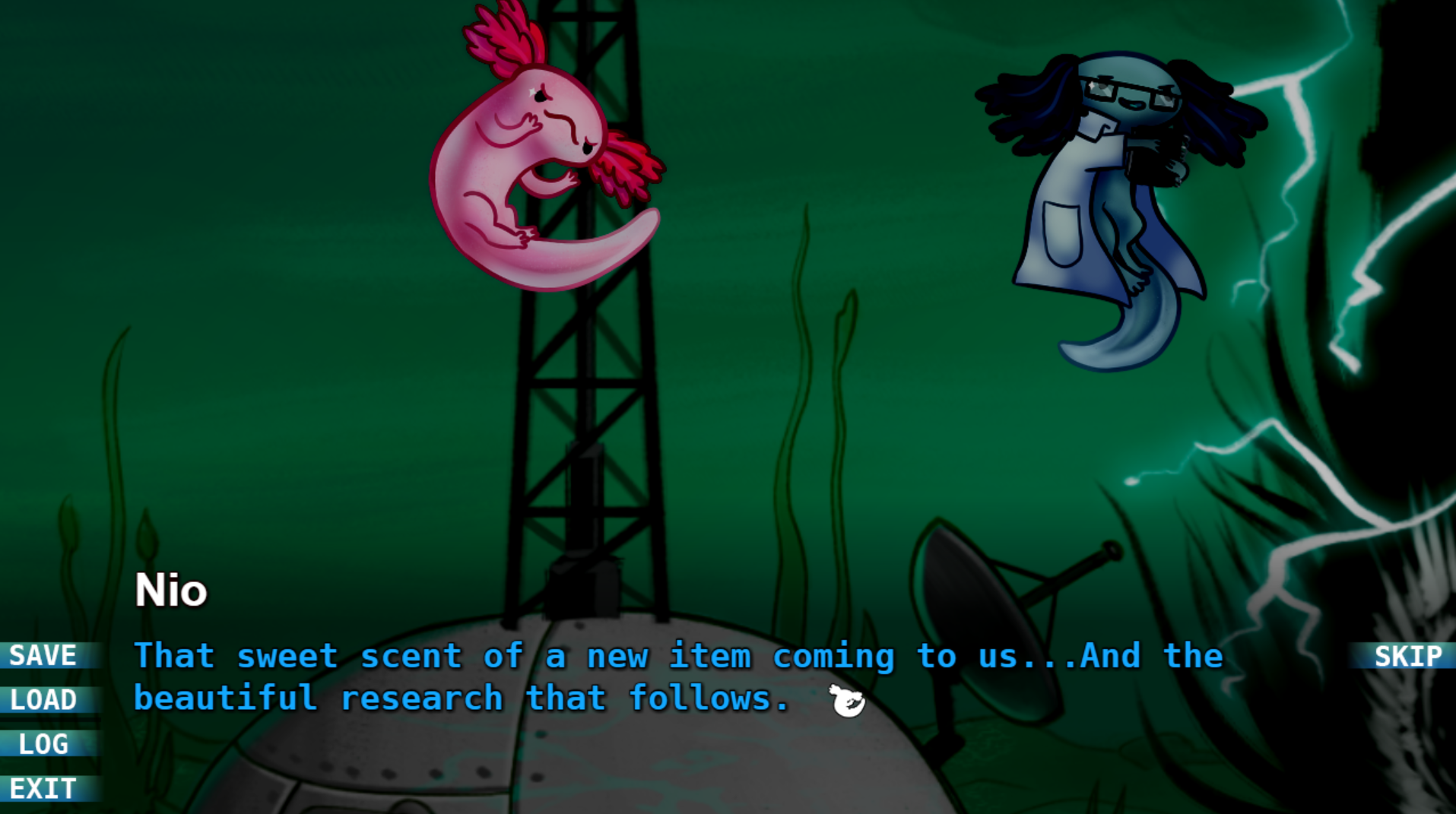 Gameplay is relatively minor, and the most you usually do is click or press enter to advance text. There is a feature that requires you to press the ‘S’ key, and I’ll say that it did put a smile on my face most time it popped up on the screen. There are also a few choices in the game that you are able to make later on, that may or may not effect story outcome (from what I can tell, the choices are mostly for fun). 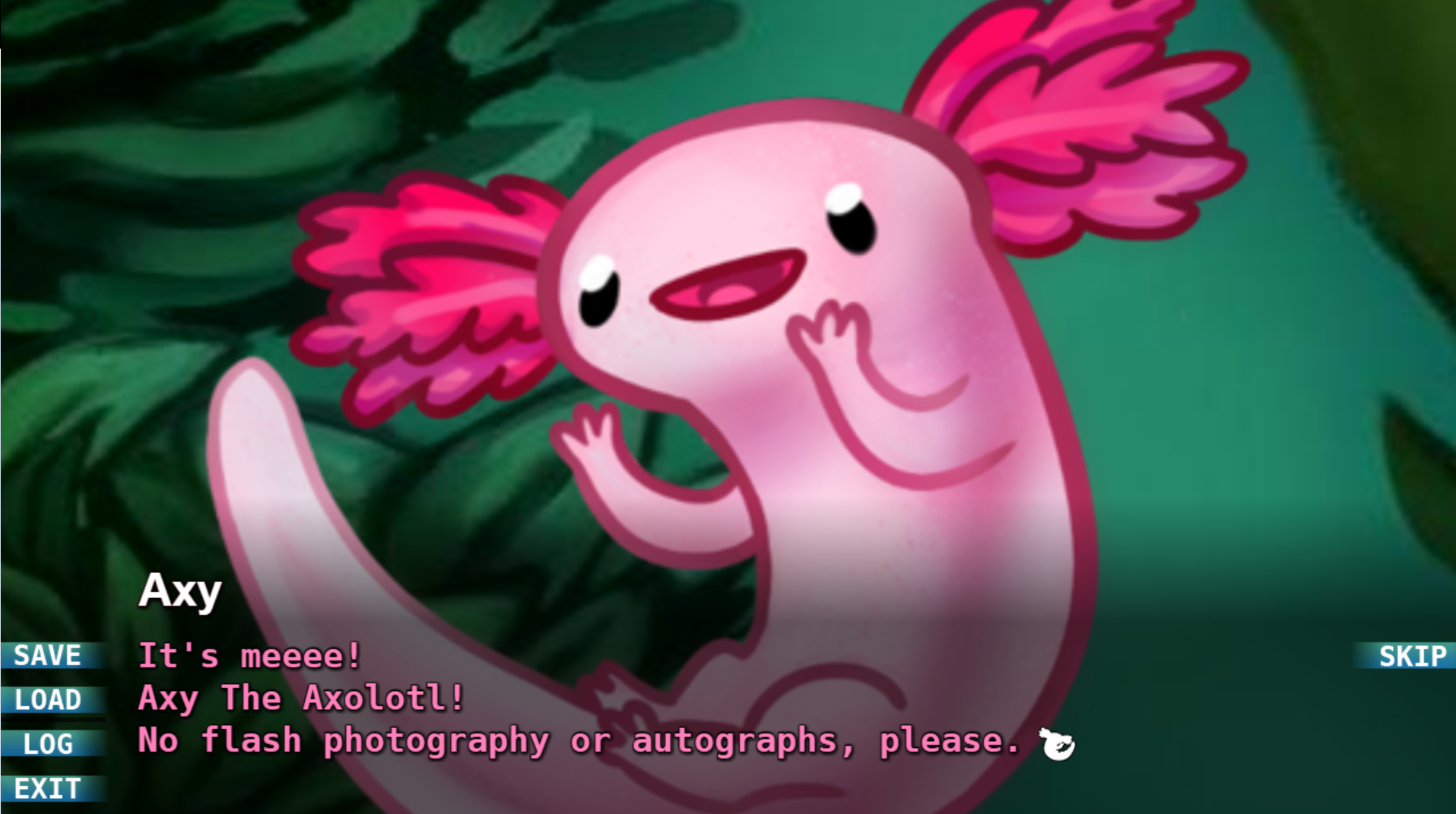 I enjoyed the time that I had with RB: Axolotl. I truly enjoy games that set a narrative tone only to subvert it. Being lulled into a false sense of security and then watching the story spiral out once you think you know what’s going on is always fun for me, and I eat up a good mystery. All things considered- even if the gameplay is typical of other visual novels- the story that RB: Axolotl tells is interesting enough to want to check out. It certainly did a few things I wasn’t expecting, even if I did call a few other twists. When it comes to mysteries, a few shocks are always welcome.