A collection of stories that will stay with me for a long time to come.

I am Hispanic. My cultural relationship with death has always been a touch strange compared to the friends that I grew up with. It’s a sad experience, but it’s also an inevitability and one I cope with primarily through music or sounds. When I listen to songs my Nana used to share with me, it’s like she sits alongside me. The ding of an oven timer reminds me of her as well, and brings a smile to my lips even thinking about it. When we lose our loved ones, they linger with us in a multitude of ways, making it easier to eventually cope with their loss.

Media can also be a wonderful way to relate to death and help it lose some of its terrifying power over us. Every once in a while a game comes along that emotionally gut-punches me, and verbalizes thoughts about key concepts in life in a way I’ve often thought to myself. Necrobarista is one of these pieces of media, and I imagine it’ll stick out in my mind among some of my favourite visual novels with memorable lessons for a long time to come.

The main character, Maddy, is both a necromancer and barista. It’s a strange combination, but apparently not as out-of-place as one might think. Her mentor, Chay, was very much the same before her, and despite being over 200 years old has stuck around long enough to pass his knowledge on to her. Many regulars know Maddy well, but the standout in the cast is Ashley, a little girl with a mechanical arm, and Ned, a strange rule-following-man with a metal hat. 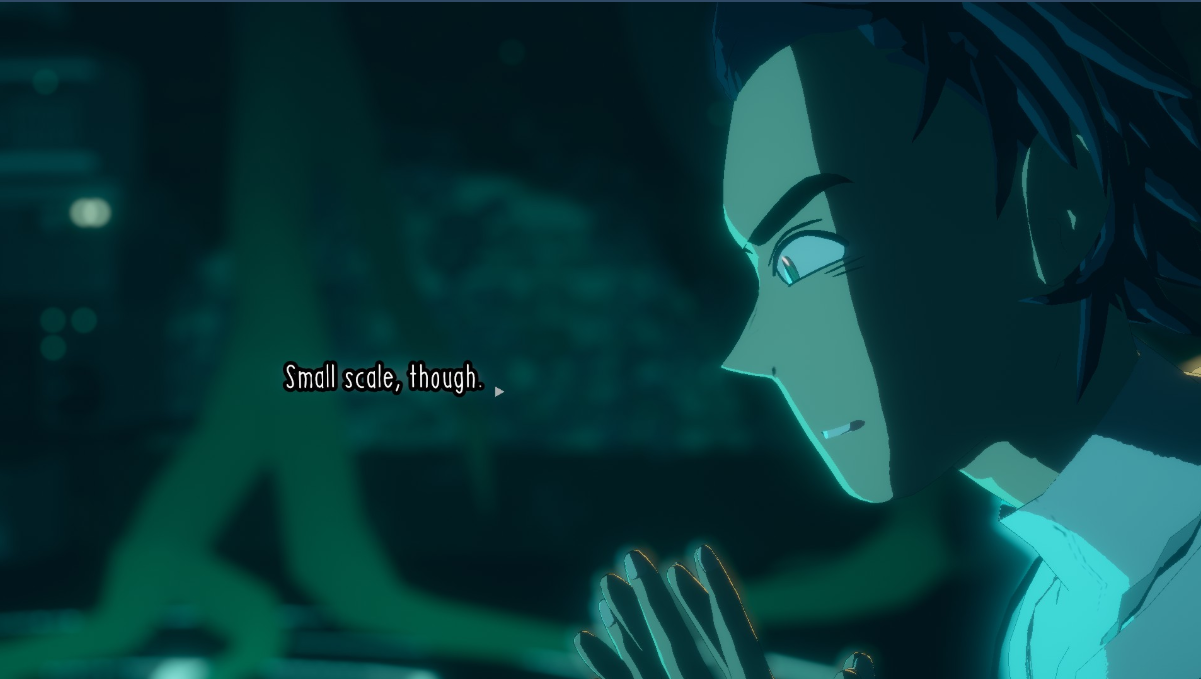 Kishan is new to the rest of the cast, and we meet vhim very early when he wanders into the bar, freshly dead. He acts as a sort-of mouth piece for the audience, questioning many things in this strange pseudo-afterlife. Through him, we come to understand that the departed have twenty-four hours on this plane before you can move to the next, and staying for even a single minute longer incurs a penalty with The Council of Death. In fact, Ned himself works for the Council of Death, and Maddy very much hates him for it. 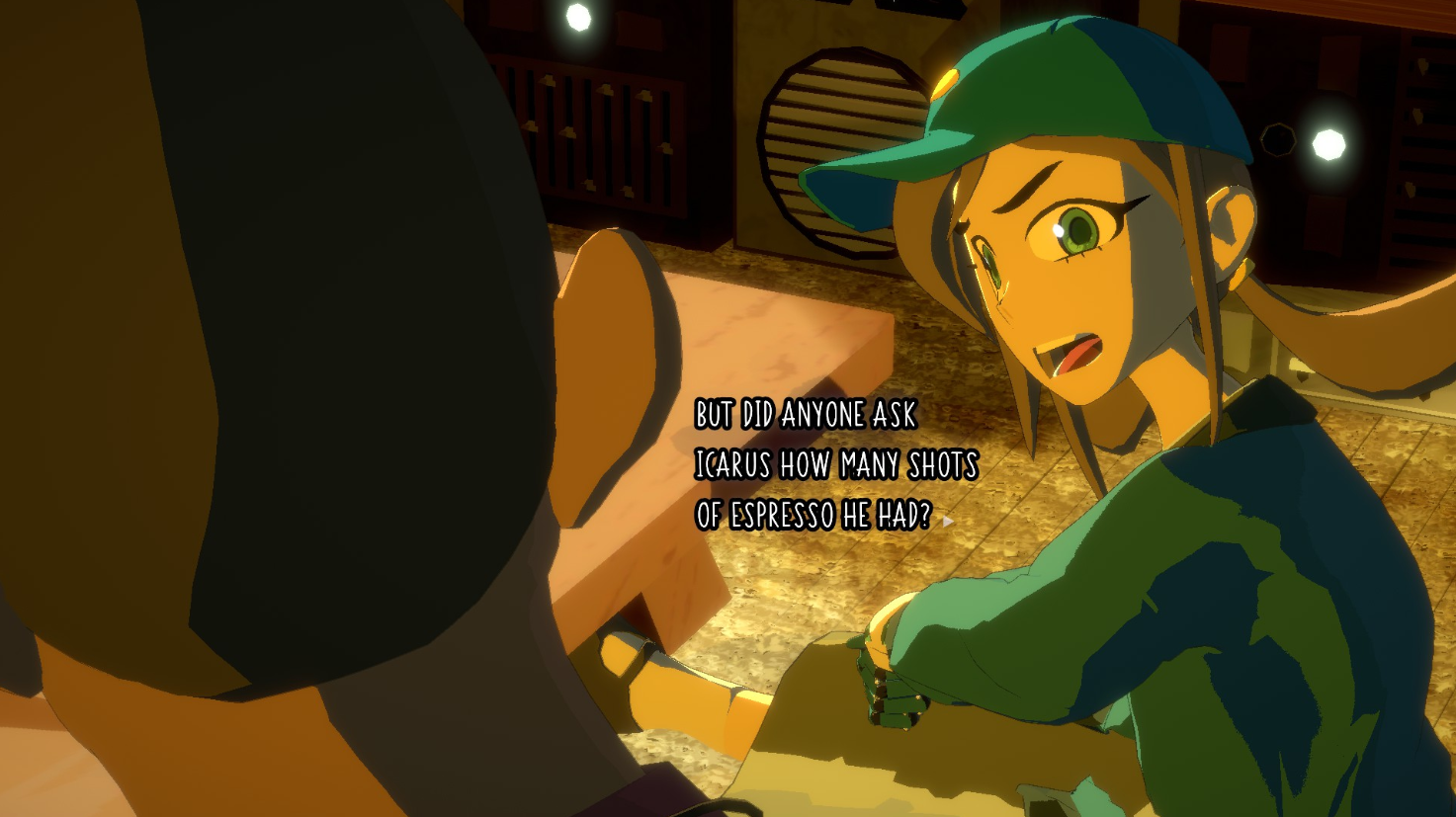 Things escalate from there. It’s very clear that Maddy’s methods of getting time for the Council of Death (not the Death Council, let’s be clear) are less than ideal. Unearthing what’s going on and taking our time with the characters is an important part of Necrobarista. When the plot finally comes to a close, it’s a touch bittersweet, but only in the same way that saying goodbye always is. 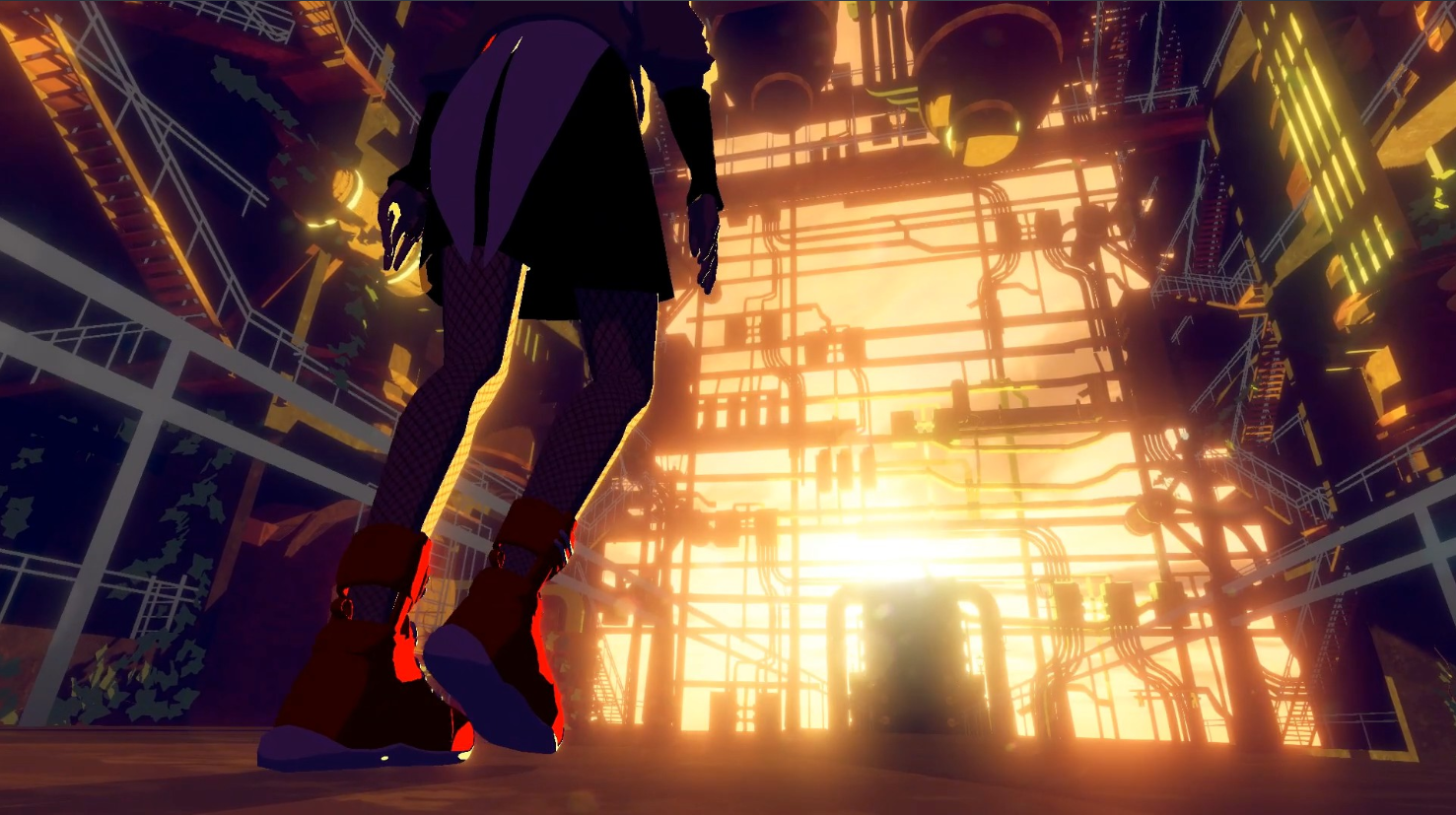 The graphics and lighting engine in Necrobarista are beautiful. Text is hand-laid out to be as energetic as possible, sometimes angling with different camera shots or flying in from off of the screen. Each click lets you progress parts of the text, which means you can progress at your leisure and read at a pace that is most comfortable for you. The way the game experiments with lighting is beautiful, reminiscent of certain styles of comic art and even anime in the way it wraps around character model’s faces.

More than once, the game will cut to a coloured background with only a few words on it, both for humourous effect and also for emphasis. I found this to be additionally engrossing, and something that, again, hearkens to a different form of media than gaming. To call the game dynamic seems almost too easy, but that’s precisely what it is; the momentum is increased by the movement of text and the way it all frames each scene. As a visual novel of sorts, it’s important that Necrobarista is enjoyable to look at, and the game proves all that and more. 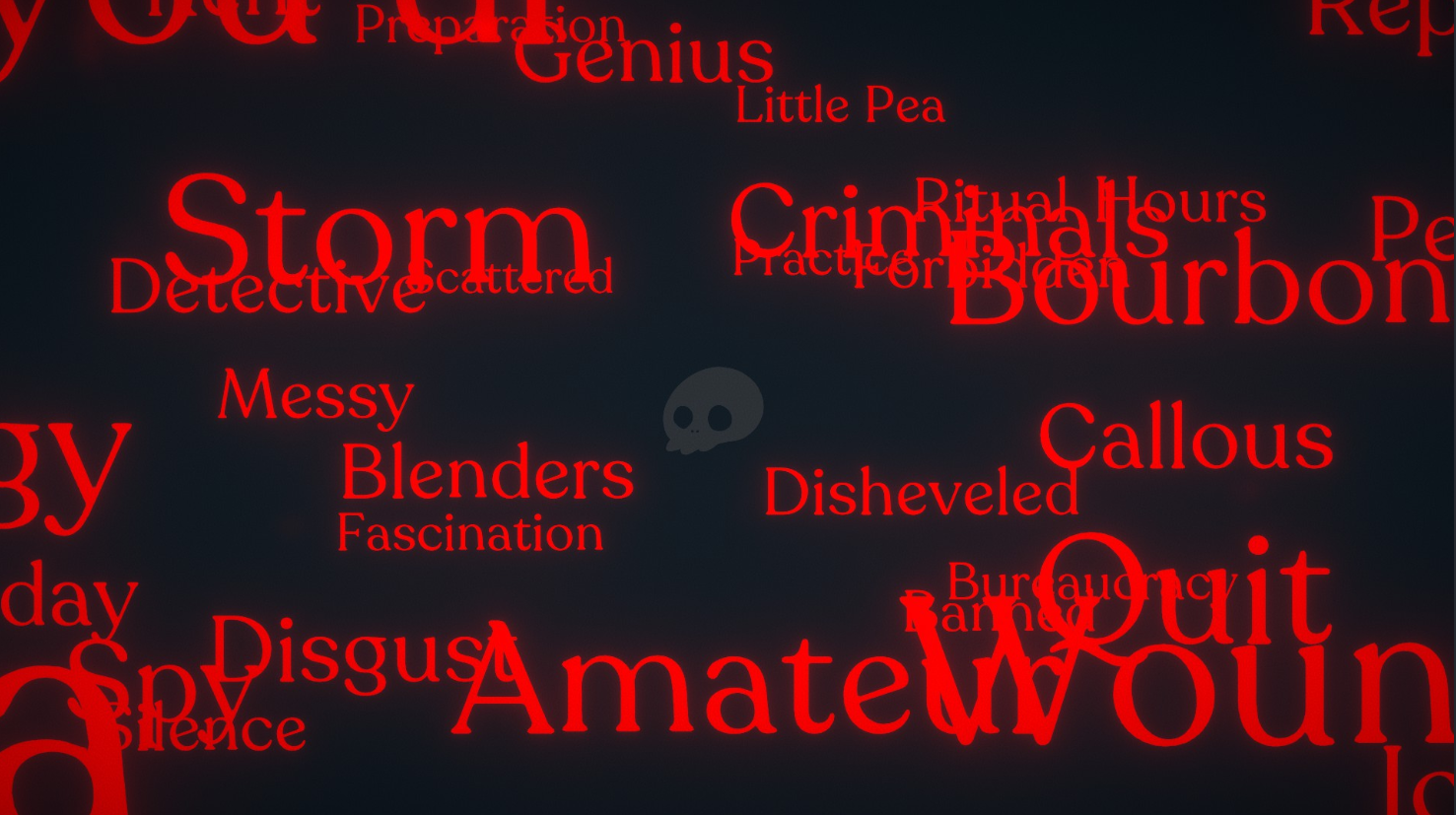 The main interactive component in the game happens at the ends of chapters. There are two episodes and ten chapters total. After each one, you get a small little narrative from cute robots that Ashley built. They provide both commentary and recap, and afterwards you are met with a screen of multiple floating words. Each is one that was delivered during the chapter prior, and corresponds to a different subject like Maddy, Jay, Melbourne, food, or death itself. You get to choose seven total each chapter, and they allot you ‘points’ for each subject that the word relates to. Between chapters you get to walk around the Terminal and you can use these points to unlock different side stories. They allow you not only to learn more about the main cast, but also the world and how magic has effected things.

I can tell the contents of Necrobarista will stay with me. The narrative painted beautiful, well-thought-out-characters with punchy dialogue that often felt like a real conversation. The setting as well was intriguing, and I’m a sucker for modern magic mixes. Necrobarista is a series of stories that I tore through as quickly as I could, while still feeling sad that I would eventually come to the story’s end. Of course, part of the lesson of the game is about finality. Endings are inevitable, but we keep our memories of everything that we have lost on our journey. I know my memories of Necrobarista will stay with me for a long time to come.