Another clicker experience… with a price tag.

The devs say they have been working on a major update that should address some issues mentioned in this preview so we’ve been delaying publication. However, after two broken promises of a date for this and still no end in sight we’ve decided to go ahead and give you an honest report of the game at the time we played it. Please bear in mind that it’s in Early Access and may have improved by the time you read this.

I’m a sucker for clicker games, they are my junk food of games – simple mechanics, nothing really special about them, just click and upgrade stuff – and yet, I usually sink some insane hours into some of them.

Sadly, Farmtale is not one of those, as there is no interest in progressing past the first hour and there are far many other clicker games that you can play for free, even on your browser, that are much more interesting to play and offer a much more varied gameplay experience (I just said “gameplay experience” in a clicker game…).

There isn’t much to do in a clicker game but… clicking and waiting. You’re presented with a barebones tutorial that explains the basics: you’re a nobody that wants to build a ship – to do that you much raise a farm and profit off it. Starting with a basic chicken coup, you will spend the rest of your time gathering wood and coins. Wood can be obtained by clicking trees to chop them down (and later on through a sort of lumberjack camp automatically) and coins are obtained by clicking on the products animals drop (chickens won’t be the only thing you’ll be raising) or in random events: mailbox drops or… Santa Claus (yeah he appears occasionally for no real reason although his drops are really good).
After the coin and wood requirements, you can build other farm buildings to raise other animals – pigs, ducks, bees, etc. 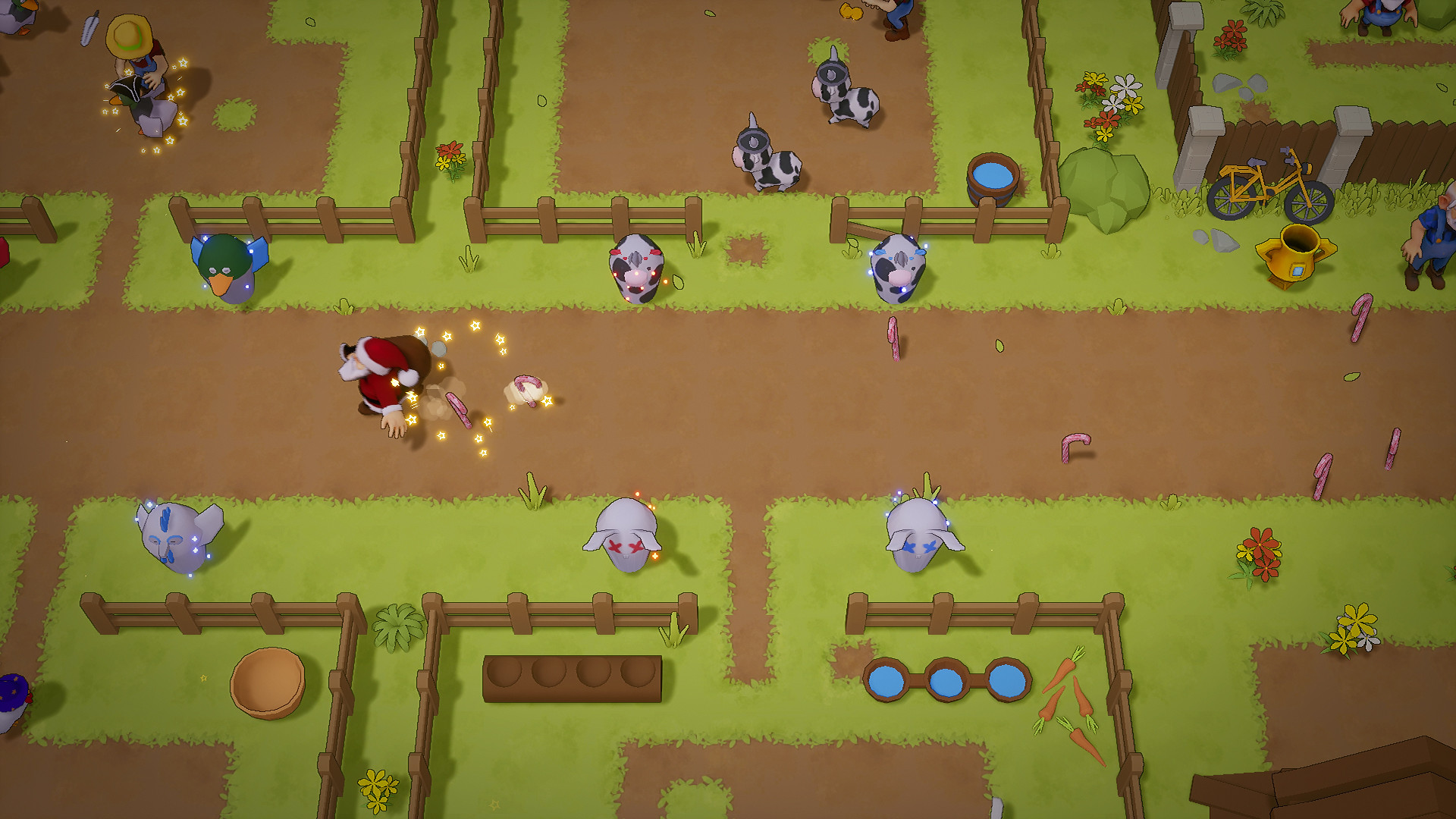 The game is pretty straightforward, you have a massive (and I truly mean it) menu of upgrades which all boil down to increasing production speed by 1% every time or increasing the animal product’s coin value. It’s really disappointing how it’s all percentage based upgrades and there doesn’t seem to be any visual enhancements or anything… there are no game changing upgrades or anything to change the gameplay midway, you collect eggs and feathers and milk and so on… the entire time, no variety in the progression, which so many other clicker games made and succeeded with flying colors. The animal spots are all the same, there’s no space for creativity – the chicken coup is always in the same spot, the duck coup is above it and so on.

Your farm has little to no difference between the starting point and the end point from what I could tell and the gameplay variety is null so it all felt insanely tedious after a while.

The game also has a big problem with the UI, you have to tediously scroll through the massive upgrade lists vertically and there’s no filter options to check only production speed upgrades or value upgrades. Buttons exist in your screen and are huge, making the game feel like a mobile game and hovering the mouse over them reveals nothing about them. I had to figure this out by myself. The game also lacks a menu or save files, so you’ll play on the same farm unless you manually delete it, I couldn’t even configure the game on my first opening like I always do because I was stuck in the tutorial and its drawn out animations.

Get ready to read the same track play over, and over and over again (and it’s not even good from the first listen), just adding to the tediousness of the gameplay. Every time you reach an upgrade level of a certain animal play the same “triumphant” sound effect plays and even worse if you reach several production milestones while the game is closed, you’ll hear that effect play several times in a row driving you absolutely insane.

The rest of the game seems to be quite mute in general, unfortunately.

Running on the Unreal Engine, I expected far better. It’s all very low detail and simplistic, the trees look good and it gives them a simplistic but enjoyable look, the problem is that farmer animations are as robotic as it can get and just kills the fun of looking at the farm running at full steam with all farmers and animals moving around. 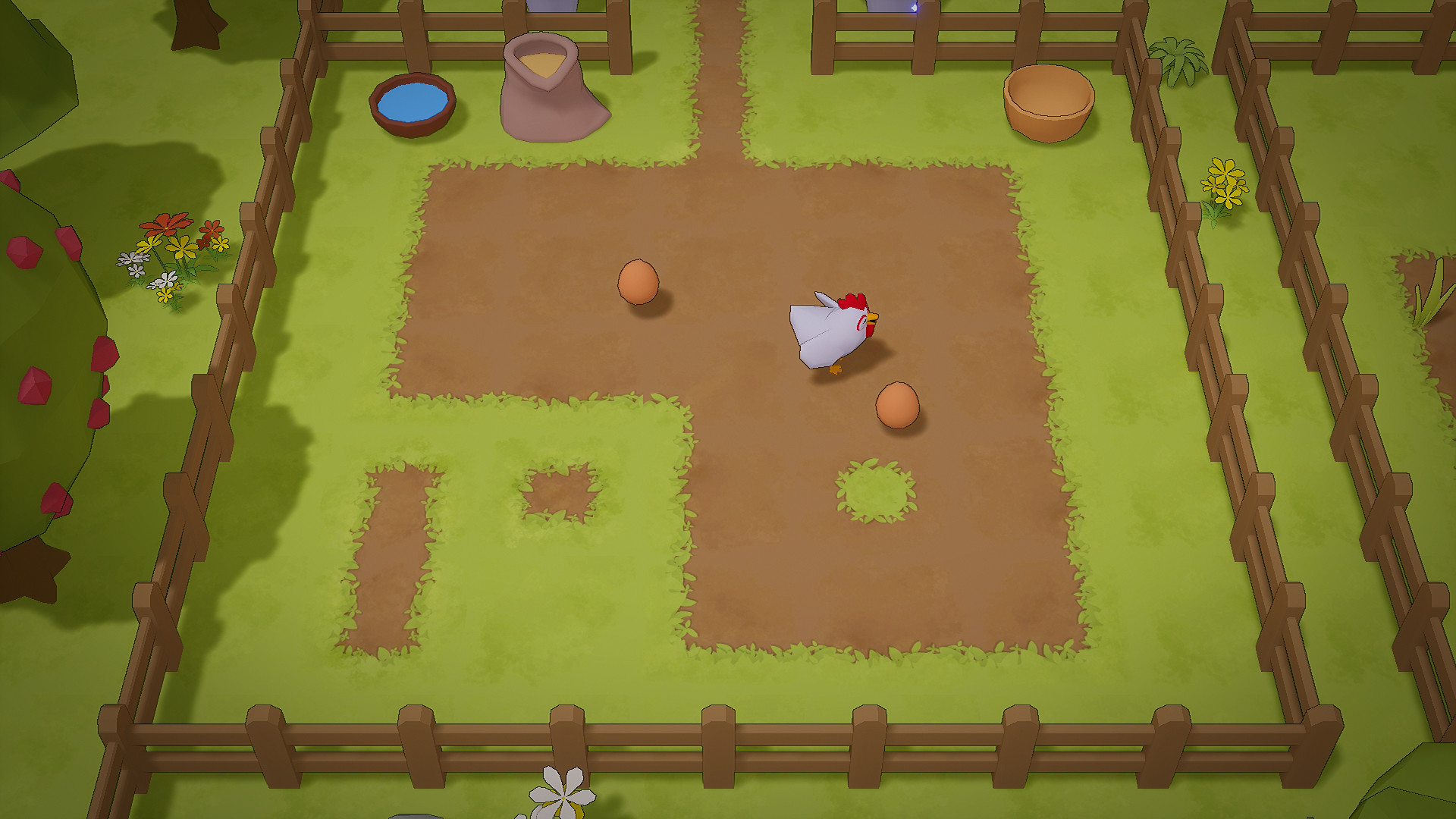 The game also has a massive performance issue, I was frequently hitting very high temperatures on my PC running this game, often over 85º while far more (justifiably) better looking and detailed games run at significantly lower temperatures. I couldn’t leave it “alt-tabbed” for long before my fans were nearly at full throttle… in a clicker game! I am supposed to leave it on and check on it every once in a while, but instead I’m forced to shut down the game while I’m working otherwise my computer is either a frying pan or a rocket about to take off!

A disappointing mess… Pretty much all free clicker games I’ve played were more enjoyable than this and for that reason I cannot recommend Farmtale unless on a massive discount so that your wallet doesn’t feel money spent. While fun for a bit, the staying power that clicker games have is their key to success and this game fails at that. Hopefully early access will do this game good and make it a far more enjoyable experience when it fully releases.