Mystic Pillars is a decent casual abstract puzzle game based on Mancala, but one that will not convince more experienced lovers of the genre.

Mystic Pillars is an abstract puzzle game based on the Mancala family of games – games revolving around moving beads around a board.

There isn’t much to say about this one. It is definitely not a masterfully designed puzzle game. If you are used to the minimal and very tight puzzles games (like Sokobond, Snakebird, and so on), you may be disappointed.
This is a much simpler and casual puzzle game. 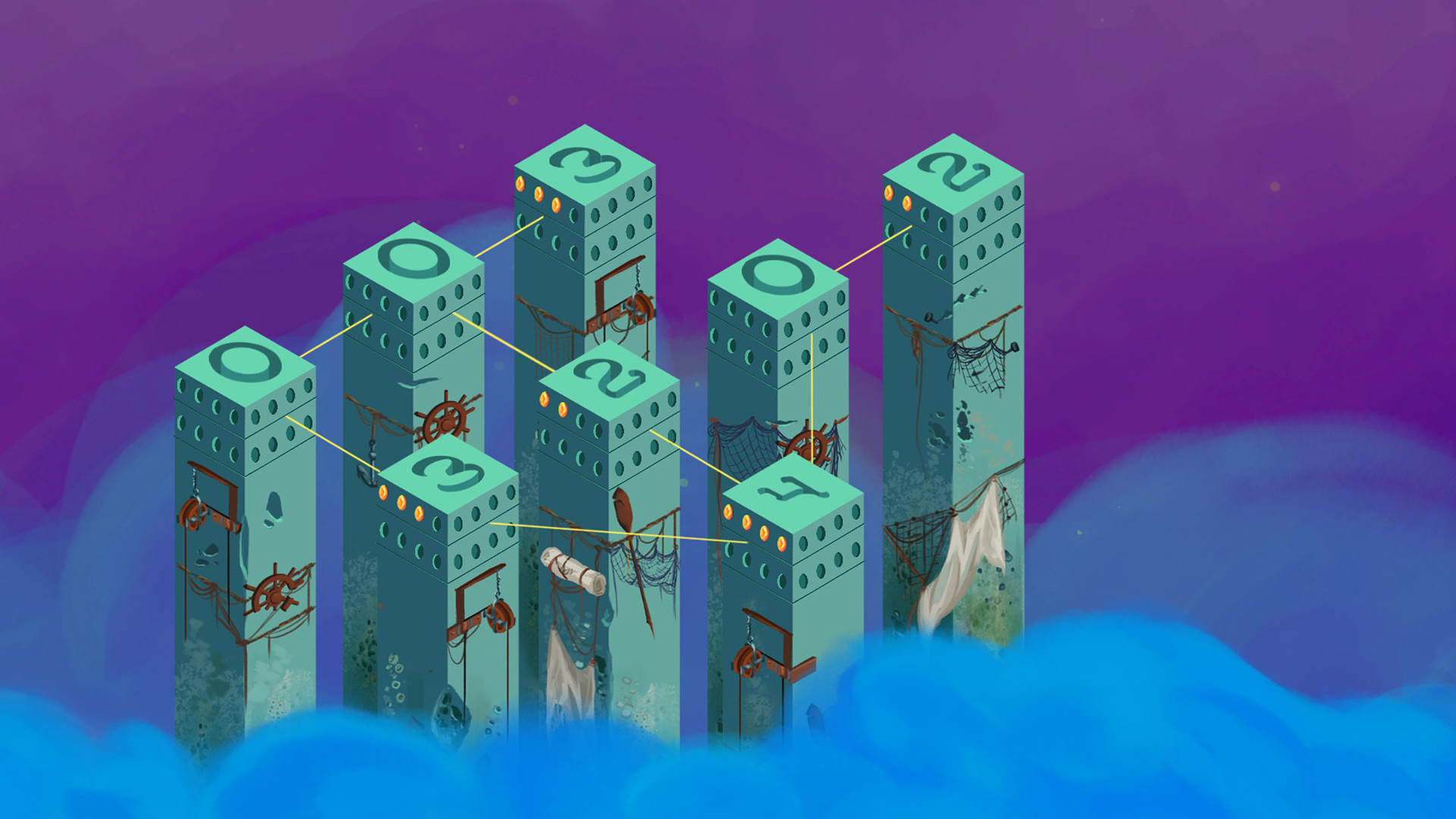 The game presents you a graph: a bunch of cells connected by edges. Most of them follow the square grid, with the occasional diagonal edge.

Each node will start with a certain number of gems, and will end when you are able to match the final configuration of gems. You move gems from pillar A into pillar B based on their distance – if a pillar A has 5 gems and is 3 pillars away from pillar B, 3 gems will be moved from A to B. If A and B were 6 pillars away, no gems would be moved.

The whole game revolves around this. A single mechanic is introduced after the first third of the game, and that is directional edges, that is, given pillars A and B, you can only move gems from A to B, not from B to A (through that edge – you can still move them through other edges).

The game will always move the gems from one pillar to another based on the minimum distance. The objective of the game is to go from the starting configuration to the ending configuration using exactly the number of moves that the level gives you.

The game has 100 different levels, but there is virtually no build-up in complexity or difficulty, really. The puzzles are also very easy, for the most part, with the occasional difficult puzzle – most of these concentrated around the halfway point.

The levels are also divided into different “villages”, but the division is more narrative than mechanical, as the puzzles don’t present a strong unifying theme at any of these.

There is minimal non-linearity, with multiple levels being available, at times, but these quickly converge, making it a mostly linear game. 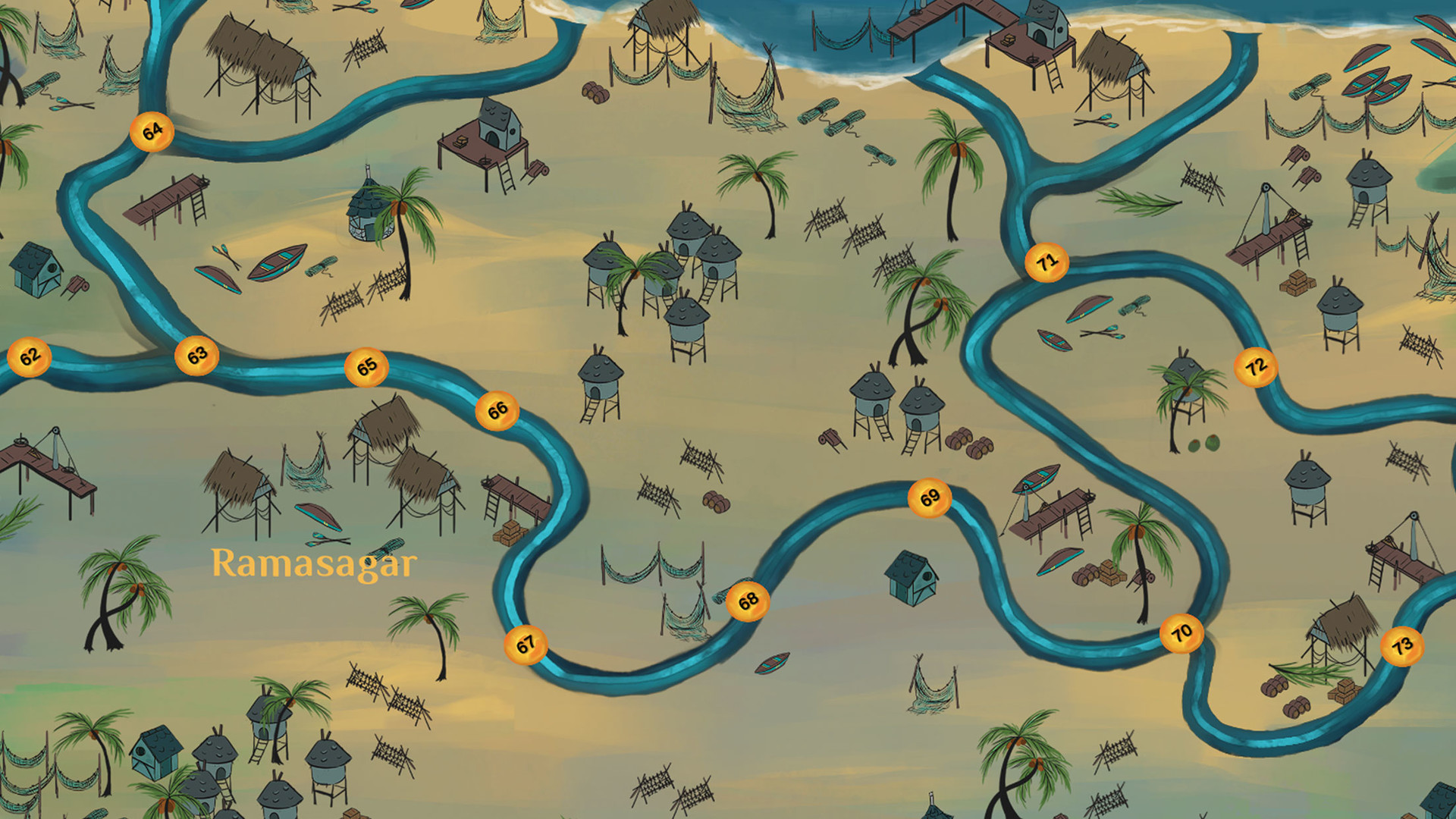 This is a mixed bag, to me.

The visual style is okay. It’s clearly inspired by Monument Valley, though in color and perspective more than the impossible geometry. It’s not as polished, most of it being cartoony and hand-drawn, but the puzzles are clear and it looks good enough.

The story I could take or leave, honestly. It tries to present a full world and plot which you unravel through cutscenes between villages, but it isn’t anything very deep. It seems very Indian, but given how sparse it is, it is hard to say much. Let’s just say it will not be the reason for which you play the game.

The music was the most disappointing thing, to me. I really like Indian classical music and was expecting to hear something Indian, if not what I already liked. Unfortunately, the music is very generic and not at all Indian. In fact, the credits sequence lists “medieval bundle” as one of the songs, so it seems that they’ve used random royalty-free music as background.
If you remember what Diablo II’s Harem song sounded like, you know the chance they’ve missed with Mystic Pillars!

Most of the levels in the game were extremely easy. As in, solved in maybe 5-20 seconds. This happened both during the first 45 levels and for the last 40 or so.
However, there were a handful of levels that felt significantly more difficult! If you decide to play this game, it should be for those very few levels. One of them actually stumped me for more than an hour. But when I realized the
one starting move I hadn’t considered before, everything fell into place. Those flashes of insight that make puzzle games worth playing!
Most levels, unfortunately, weren’t like that. Many also relied on rather “inelegant” moves, although elegance isn’t a very concrete term. Direct moves from the starting to the ending configuration are part of it. Others are moving a single gem several times in a row (thus wasting several moves).

This doesn’t tell the whole story, however, because “inelegant moves”, moves that seem wasteful, can actually lead to a better overall solution (lessen the total number of moves) in the final solution. These were the puzzles that shined.

The last level was pretty good too, but I shouldn’t spoil it! 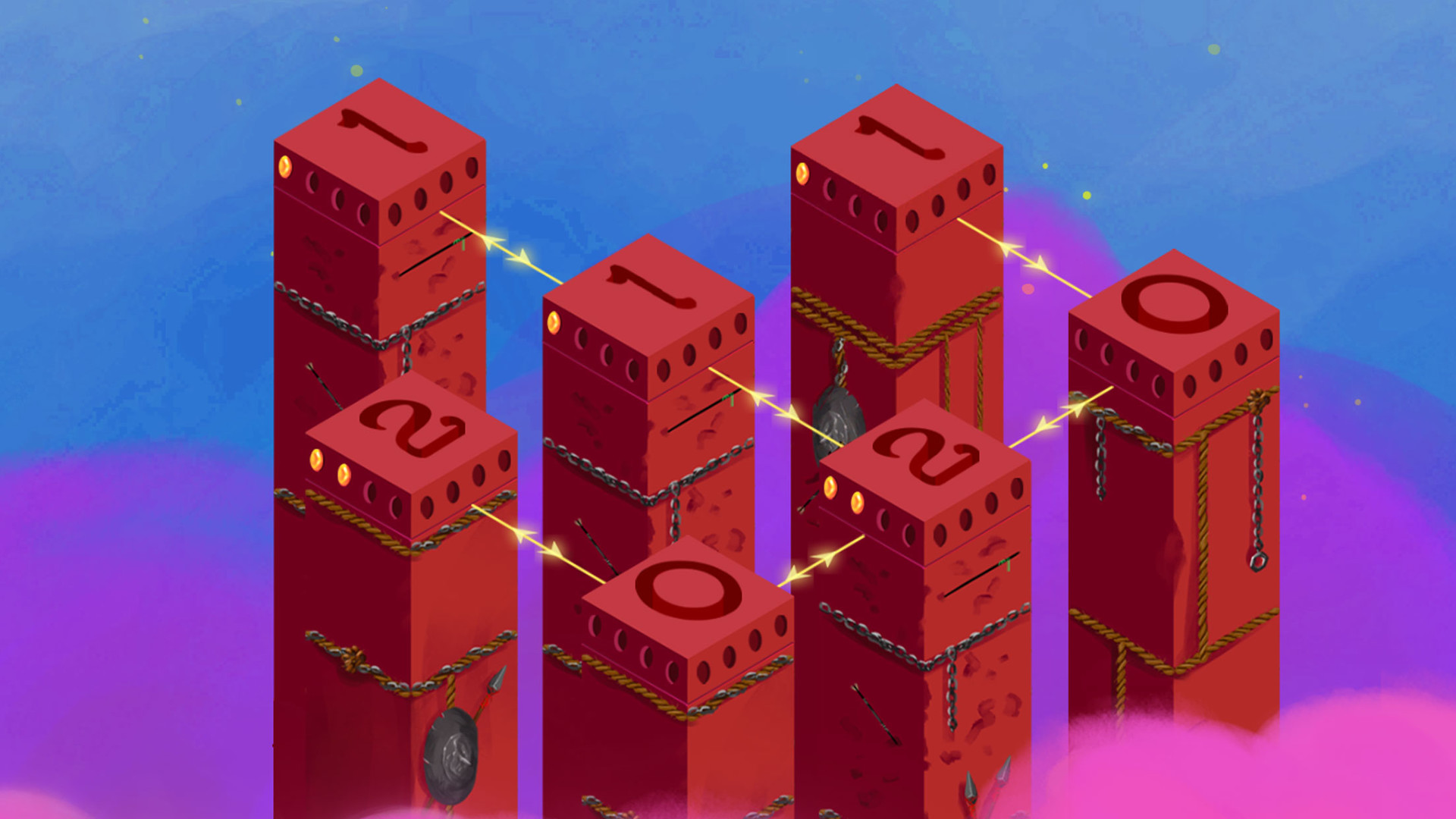 Overall, there were only maybe 5 levels that required some flash of insight. 10 at most. If you’re okay with going through the motions on the remaining 90% of the levels, go ahead! If you want a denser puzzle game, pass this up.

It is not a terrible game, and I found the abstract mechanics appealing, even if somewhat underused. A bit too easy and on the casual side, but otherwise a decent puzzle game to pass the time with.