A Metroidvania mixing a retro look with a very dynamic modern platforming style.

Don’t be fooled by Kunai’s almost Game Boy Color-esque graphics with pixel art and few colors on display at any given time, because the gameplay itself is resolutely modern and has better parkour than other platformers. It is a joy to move around, but there are many more elements required to make this game stand out. Let’s see whether Kunai will be a Metroidvania to be remembered.

Humanity has fallen, robots reign. They have cute CRT screen heads. We follow a tablet named Tabby that has been reactivated by the resistance to fight the evil A.I. Lemonkus. The main title “Kunai” refers to the grappling hooks quickly acquired at the start of the game, as Tabby the tablet sports a ninja arsenal complete with katana and shuriken to dispatch enemy threats while zooming around the levels. The narrative in this game is resolutely old-school, with static robots waiting for the player with a few lines to tell; the story itself is fairly classical as well, you wouldn’t use it as an argument to pick Kunai. 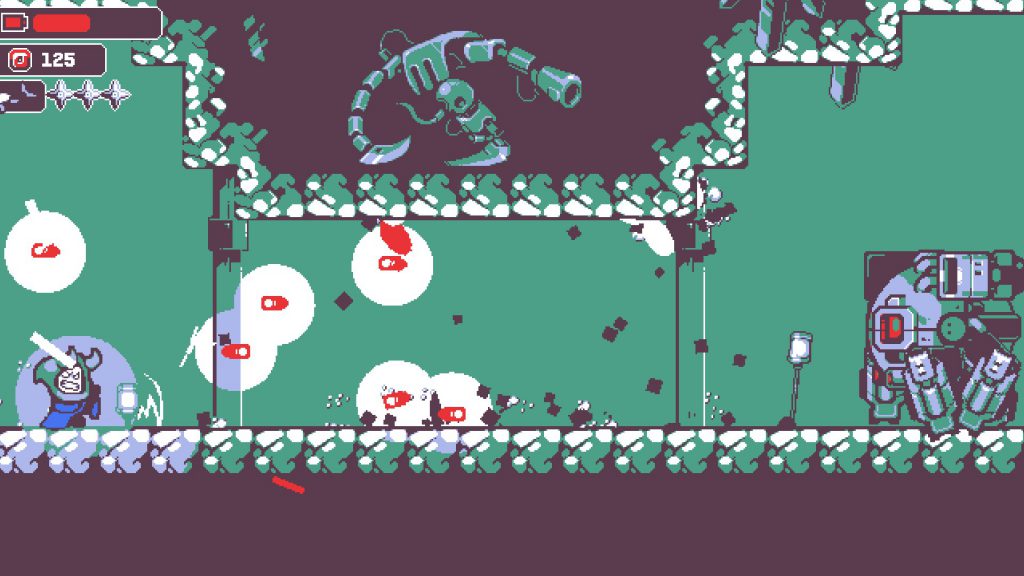 Where the game truly shines is in its parkour. The gamepad’s triggers let Tabby find surfaces to hook, then the little tablet propels itself in a very satisfying manner. Did you miss your target by an inch? Don’t worry, the game will let you smoothly climb up and mantle over the ledge. A double jump is also quickly acquired to give you even more freedom. It’s rare to see platformers that pull off aerial gameplay so well; all the movements are very smooth, and even when you encounter surfaces that you can’t grapple, you never feel that the character is clunky. In that regard, Kunai is in stark contrast with old-school platformers. 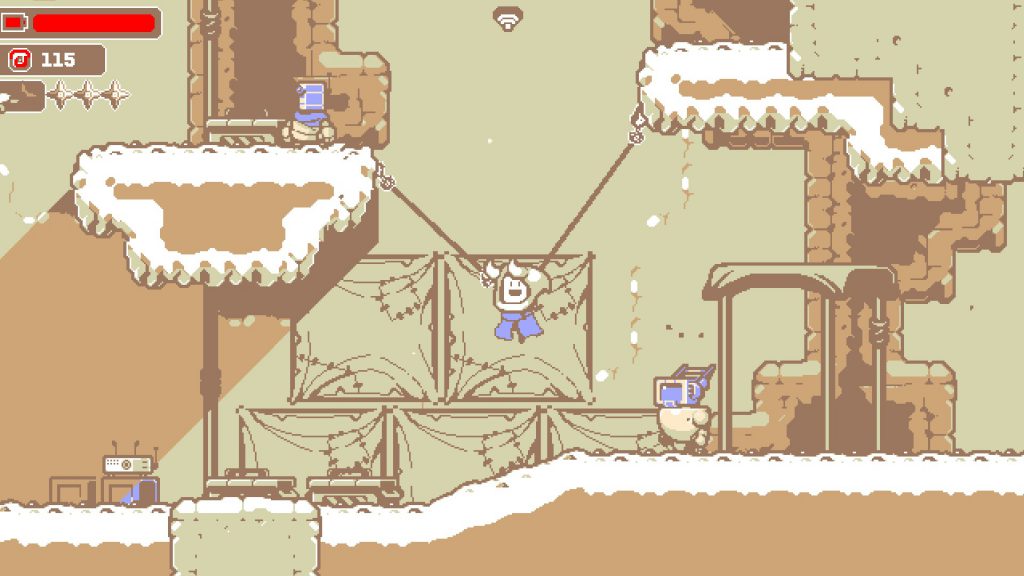 The save system is also frictionless, as the savepoints are well-positioned, and death just sets you back physically without making you lose any progress in terms of currency and level completion. Furthermore, a mini-map updated in real-time shows an interrogation mark where you are supposed to go so that you never feel completely lost. From the generous level-crossing abilities unlocked quickly to the generous savepoints, Kunai is a rather accessible Metroivania, far from Hollow Knight’s frustrations. 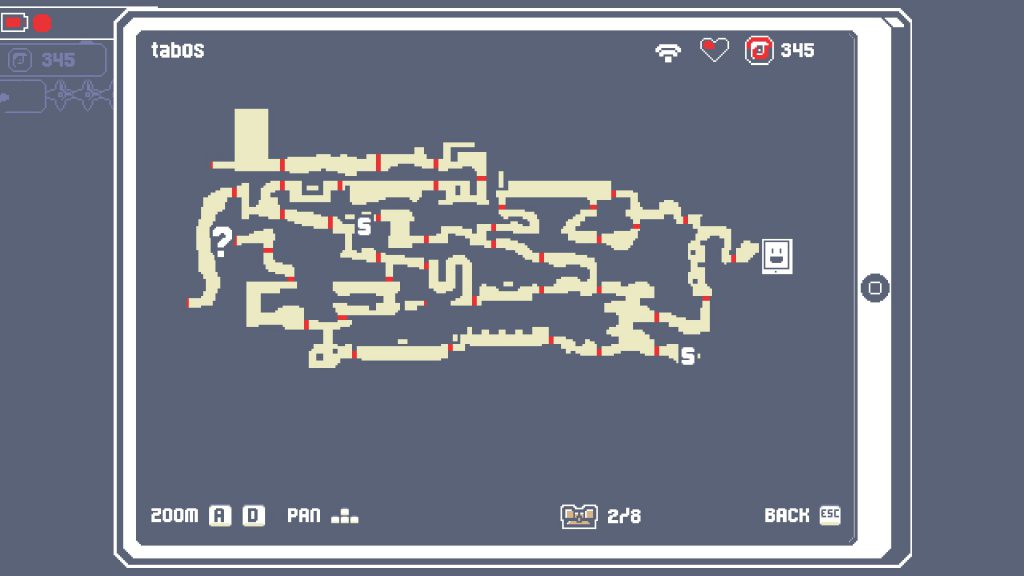 However, unlike Hollow Knight, Kunai’s world isn’t very engaging. The areas are built out of basic blocks and don’t offer much eye-candy, so there is little motivation to plow through the poorly designed levels. That might sound harsh, but I really had no joy in visiting the areas despite the thrill of zooming around with the kunai. There are multiple problems here. First, as I mentioned, pretty sights are too rare to incentivize the player. Second, there are often many branching paths that are dead-ends (locked for now, or just to find some currency); while this is not necessarily a big issue, it increases the frequency of backtracking through uninspiring areas. Finally, the layout of the areas themselves is rarely interesting or challenging. To give you some Metroidvania examples, You Need To Win The Game and Alwa’s Awakening had completely unique rooms that felt refreshing to traverse. To me, its level design is the dark mark on Kunai, and I eventually got too bored to continue playing, long before the end of this 6-7 hours game. Ouch. 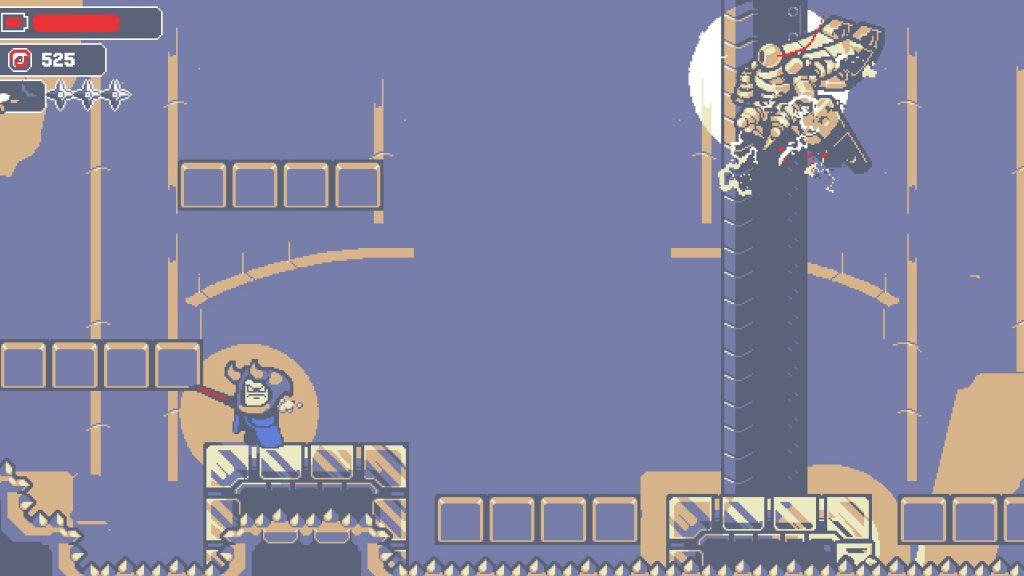 While the enemies offer variety and cute pixel art, combat is very lackluster as well. The base katana doesn’t have enough range, and the feedback of hitting enemies is so strong (which is good) that it took me a while to make the difference between me getting hit or just the enemy. There are upgrades that give the combat a better feel, such as a charged attack, but then it becomes the opposite: too efficient as it auto-aims multiple strikes and the player has little to do. I preferred this to the weak base attack, but the charge attack cancels the grappling hooks, which was frustrating. I would say that the combat is probably more satisfying to players who prefer tactical attacks rather than pure skill, which is in line with the overall aim for accessibility of the game. 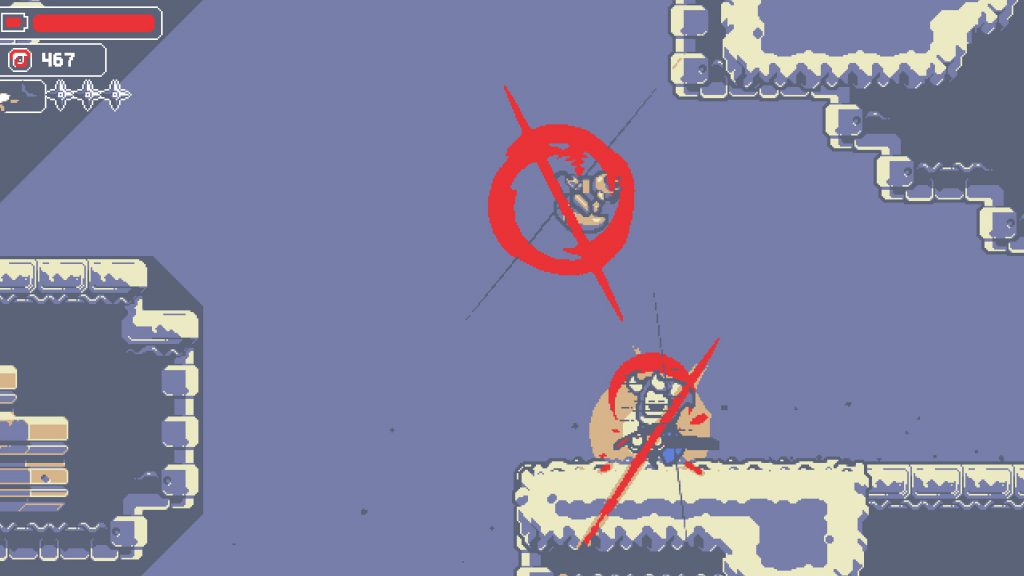 Kunai has some of the best feeling of platforming that the genre has to offer with its excellent grappling hooks, but it is let down by dull levels to traverse and combat that doesn’t match the illusion of skill and smoothness of the traversing abilities. While this game could be a good introduction to the Metroidvania genre, it won’t be remembered as a classic. Still, I hope to see more from developer TurtleBlaze in the future, there is some serious talent there that only needs to be polished.