A crowded market no doubt, but Ether Loop bravely enters the fray with stacks of items and no shortage of screens riddled with bullets. It should be easy to guess that your main objective will be obliterating a variety of enemies in order to avoid dying and restarting. Above all else Ether Loop does a great job of making the stacked items of a good run feel ungodly, but the journey there also has to count for something. 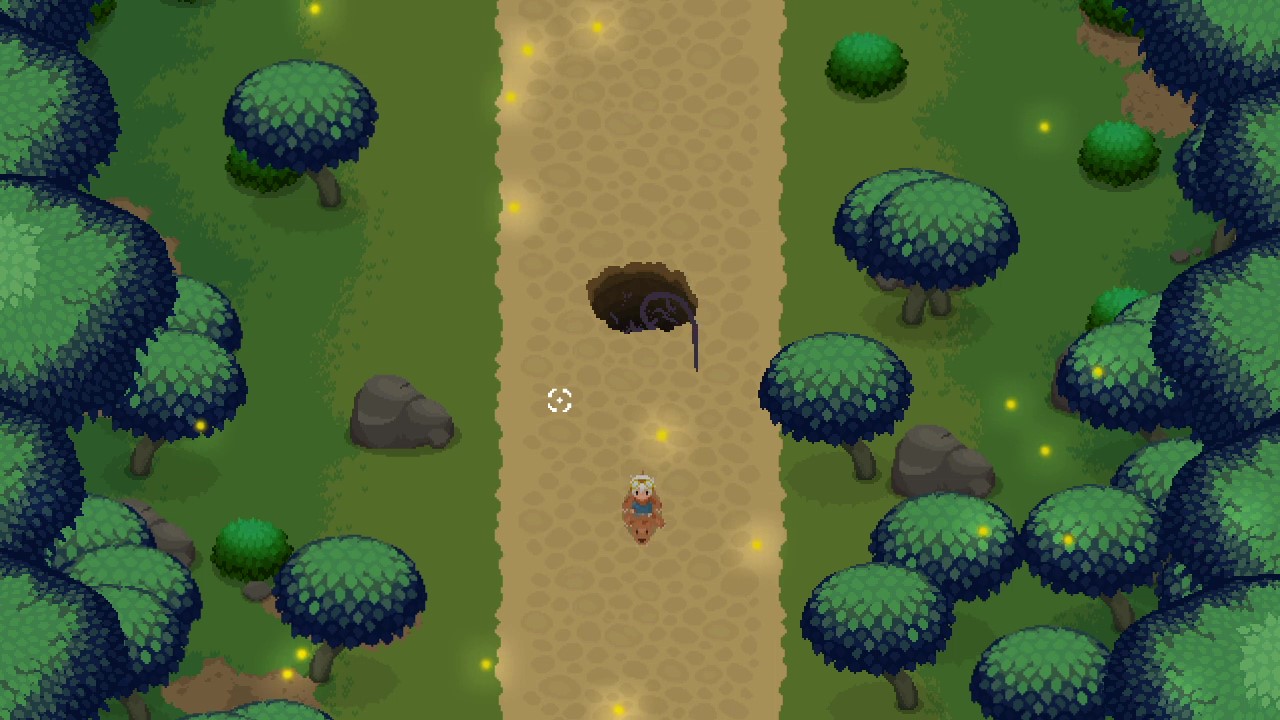 At some point people involved in the video game industry, be it consumer or critic, need to coin a new term for games like this. “Indie bullet hell inspired roguelite” has become a 10 syllable high-risk high-reward curse that causes my fingers to twitch profusely to dodge projectiles and squirm as I work out synergies and enemy patterns in my head. So in Ether Loop players are going to find themselves exploring caverns with a menagerie of guns that will help them carve out large chunks of mineral and mushroom enemy fodder. You’ve got a basic dash available, and it should be noted that it takes a directional input or it won’t activate. There is only a small pool of weapons available at the moment, but that’s because most of the flavor comes from pickups that will modify weapons a bit.

In general the items aren’t too wild and instead fall under the stat bump up category. There isn’t any really strategy or synergy to what you pick up: whatever you pick up increases some number, and it’s good for you. There are a few elemental items that cause the standard burning damage over time a brief freeze and there are a few dash upgrades.Depending on your weapon, there are some items that make more sense than others: an SMG style weapon doesn’t really benefit from a +1 projectile item, and sniper rifle won’t make the most of a low chance to cause freezing. 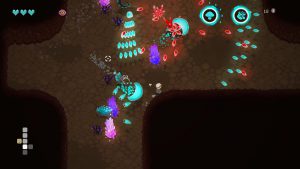 There aren’t a ton of weapons so you will probably find your favorites of the bunch pretty early on. The lack of range on some weapons make them very risky choices given how spacious rooms can be: nothing beats the frustration of getting killed by an enemy that’s barely out of reach. You can get a good feel for most of the items in a few runs. The active ability items are also pretty standard: freeze an enemy, become invulnerable for a moment, increase fire rate for a few seconds, and the other usual suspects.

The artstyle is rough overall but serviceable. Ether Loop sticks closely to its underground cavern theme. The brightly colored enemies with harsh contrast often match the environment they are in with pairs of red and blue or green and purple. Though it makes sense that monsters would be covered in the glowing gems that surround their lair, it can also be annoying to lose your own unfortunately colored projectiles amidst the crowd of bullets, enemies, and fine crystal furnishing. Throw in a few ricochet upgrades or a dash the shoots in all directions and now the room is filled with identical bullets and no escape. Speaking of anxiety-by-bullets, I loved the room filling bosses and their dizzying patterns: they feel really well done and varied between each other. 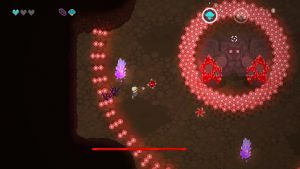 Aside from the artstyle the enemy behavior is quite good. There are a few different enemy types on each level. While some serve to just crowd the room with more general rings of bullets, others have intricate patterns: some will lob explosives to pin you, others will pursue you while zigzagging, or some will send out 2 different burst patterns, and so on. This makes encounters fairly engaging as even the most basic enemy can ruin a good run. There are only 5 main bosses and maybe a few more minibosses than that. The lack of bosses doesn’t sit well, but it’s not the only thing that comes up short. 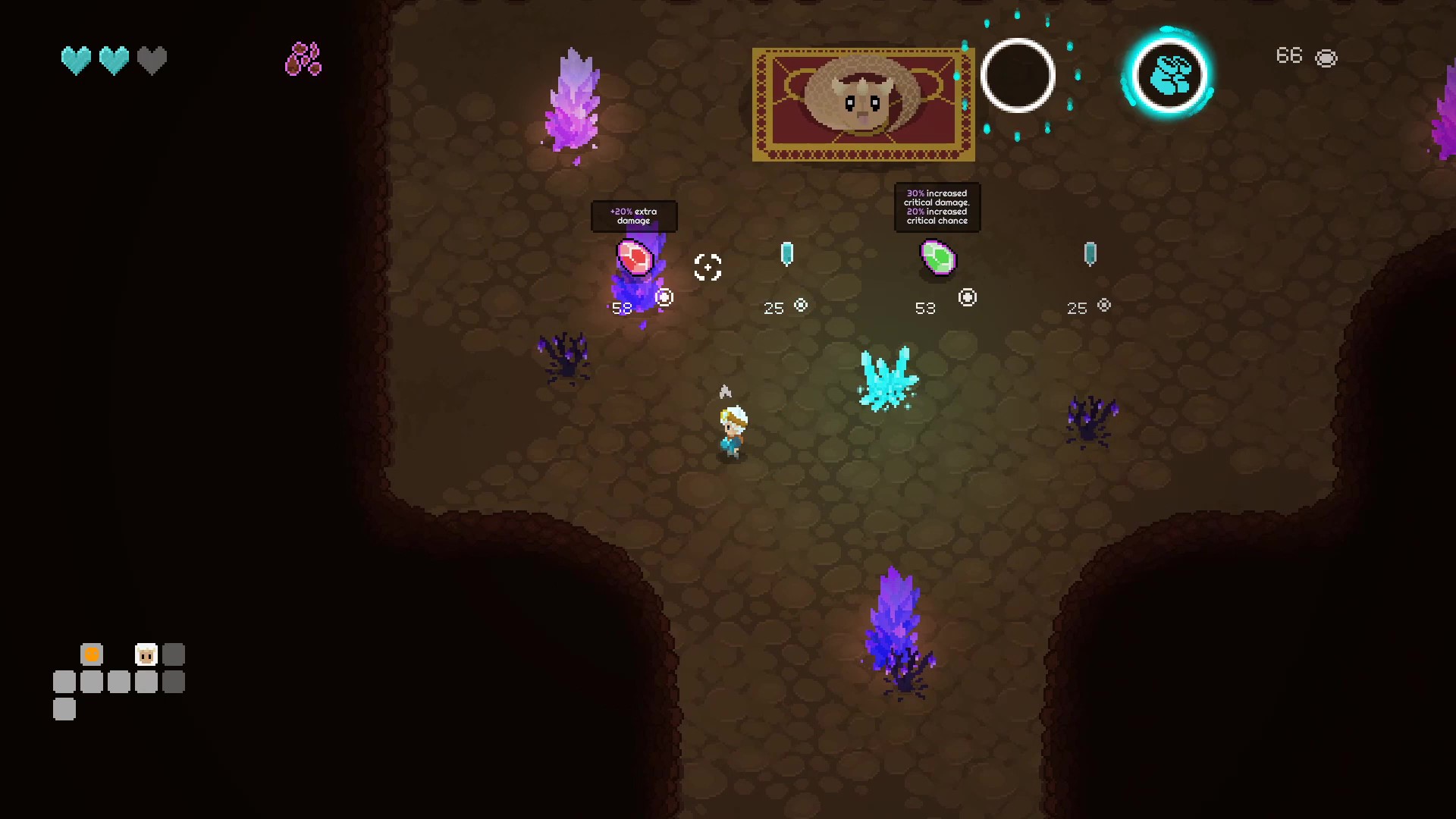 Any game with rogue elements would be expected to have a few things going for it: some kind of challenge and progression, a hook for the gameplay loop maybe, but that’s because these elements tend to keep people sinking hours into a game . Some games will opt for a forgiving sense of progression (some kind of permanent unlocks based on points or currency after death like in Rogue Legacy), while others demand certain tasks or skills (Nuclear Throne). But, it’s a bold choice to not offer any sense of progression. Ether Loop is bold, and it doesn’t even have the titular loop, because the end is the end. 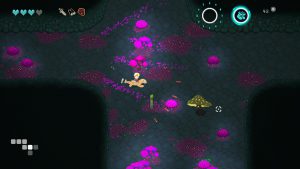 Once you beat the game there is no reason to return unless you want to climb up the leaderboards (which is an interesting inclusion): no other characters, bosses, items to unlock etc. Even looking around the menu will show there’s a gap in content. There’s no encyclopedia, no way to remap keys, and your screen options are windowed or full screen. Controller support would certainly have been appreciated as well as a way to quickly restart runs because at the moment you need to exit out of the game entirely if you want to restart a run. 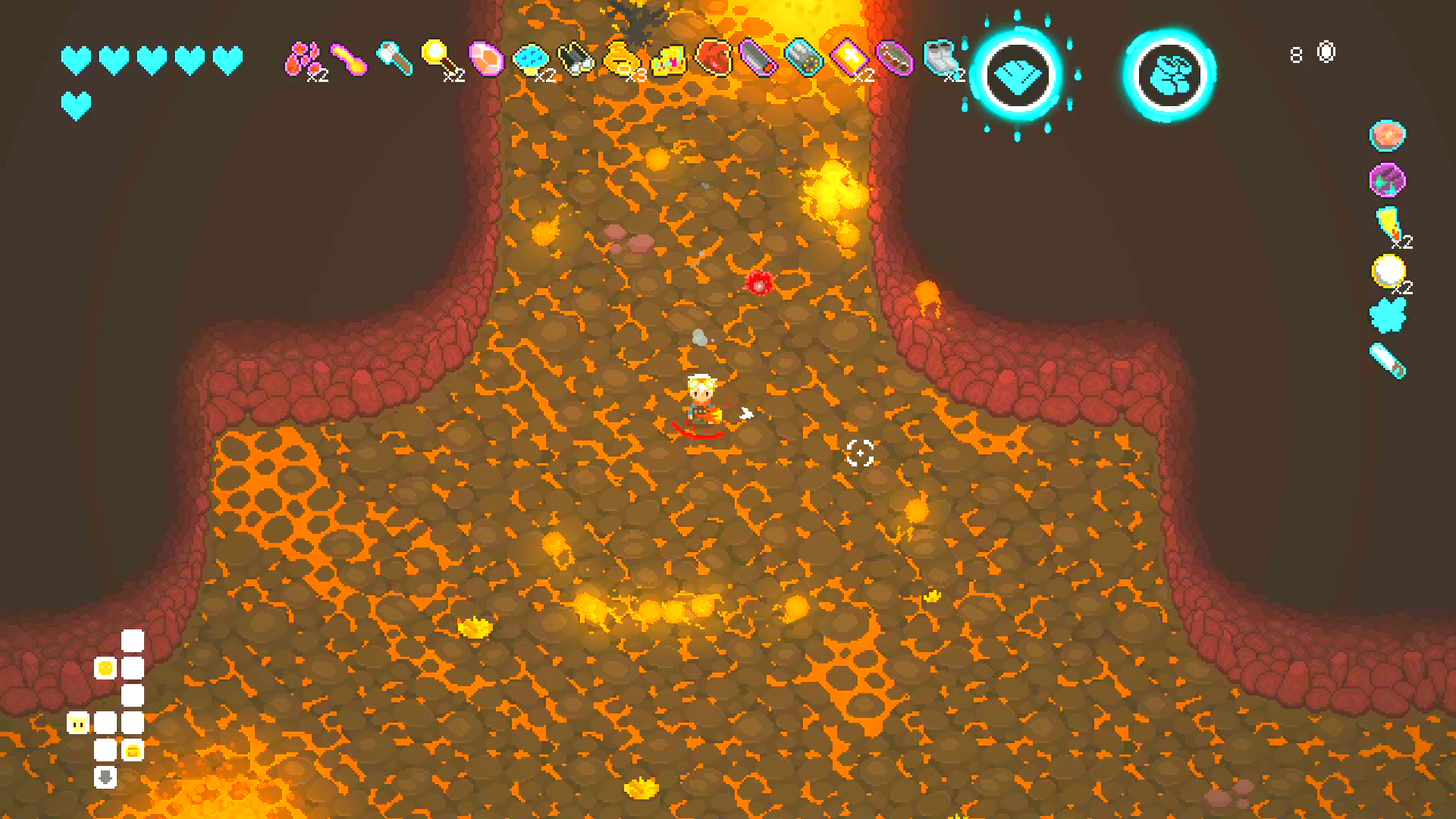 A run can be as short as 20 minutes and in a few hours I was able to beat the final boss despite not feeling particularly accustomed to my dash or shooting abilities. There is a roadmap that highlights adding more items and maybe a new game mode, but in its current state Ether Loop is rather underwhelming content wise. It certainly has solid gameplay in place and a good run feels satisfying, but that thrill of seeing something new is lost quickly. Ether Loop has a good foundation and room to grow.