We previously reviewed Age of Wonders: Planetfall and liked what we saw. It’s now time to see where the first DLC expansion Revelations will take us. Will it be more of the same fun and games or will it take us in an entirely new and exciting direction? Let’s have a quick look at their latest offering!

It’s always a bit difficult to review a piece of Downloadable Content rather than a game because it integrates itself into the base game. It leans heavily on the base game’s elements and typically just adds some new functionality or a different flavor story while still being kind of the same. DLC for a game, after all, does have to fit in and more or less look and play like it belongs. That can be said with Revelations as well. It added two new campaigns and a new playable faction. It also added some new NPC factions and side quest elements, in this case anomalies, but for the most part it is still the same game. I’ll do my best and attempt to sift out the new from the old. I’m also going to take this review in a different direction. I won’t be reviewing things like the user interface, audio or graphics in detail, because the base game’s review has that covered.

Let’s start off and say that this DLC once you have it feels like it was always just part of the base game. The general gameplay feels similar to how it did with the other factions from the base game and for the most part everything is the same as it was. Don’t get me wrong, this isn’t a bad thing. A revolutionary change to the core gameplay would have definitely felt out of place. There are new faction-specific gameplay variations that do separate the Syndicate faction from the previous offerings and that is how it should be. I can tell you that I did enjoy playing the Syndicate faction more than I did some of the previous factions and for that fact alone it made this DLC worth it for me. The somewhat necromantic Secret Tech: Heritor allows you to, among other things, drain the life out of your enemies and convert them to a brand-new unit type that will get permanently added to your army. This is actually fairly unique in so much that oftentimes in these sorts of games when you manage to get an enemy unit to change sides and join you in combat the unit scampers off again after the battle is over. This adds a new layer of strategy to the sometimes-tedious manual battle system. I can tell you that just like in the base game unless it was a riskier battle, I still found myself using the auto-battle option simply to avoid the combat when there was little strategy required to win the battle. I’m not sure if this is a problem with me or if the battles just get too repetitive over time. 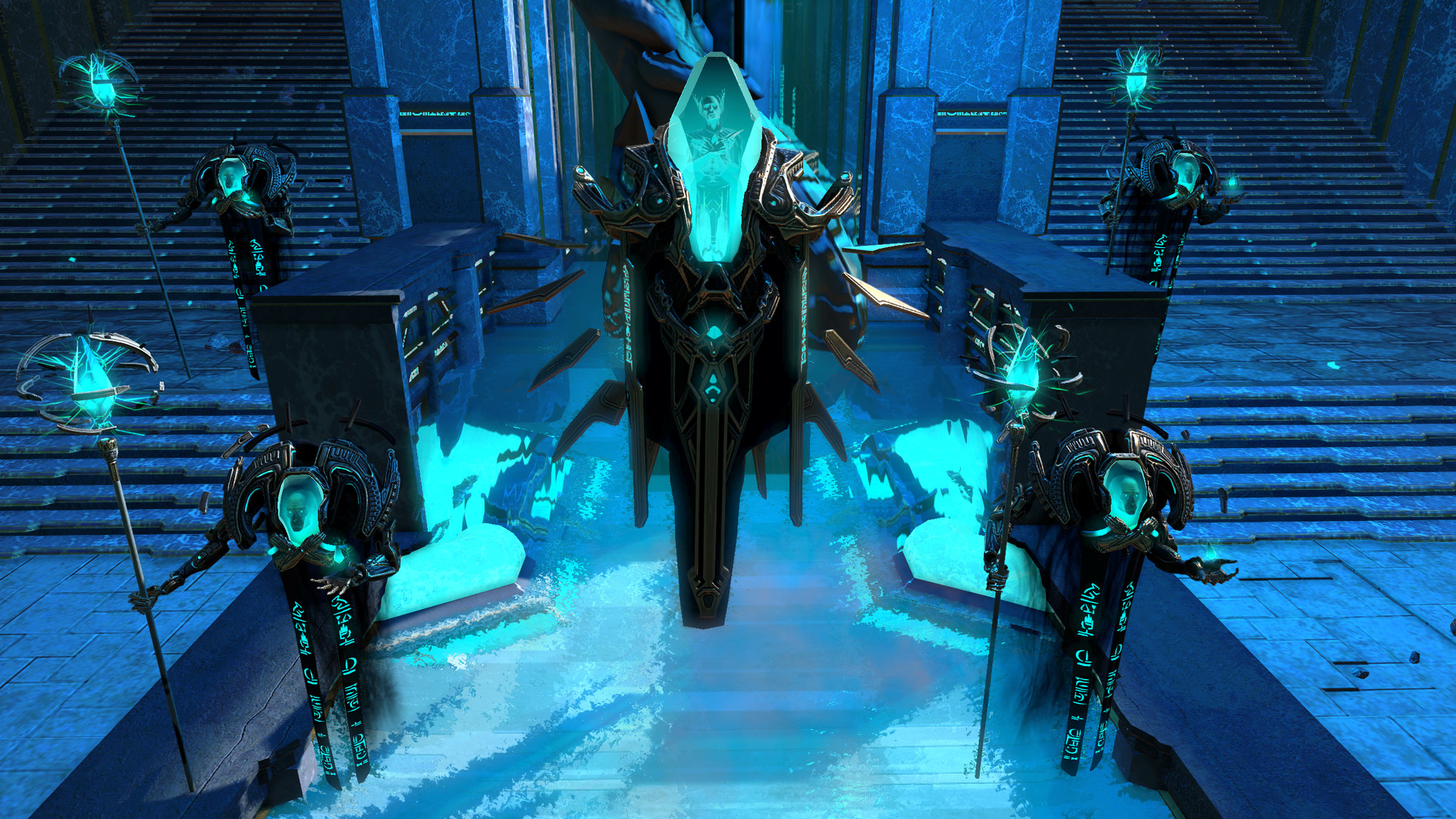 Speaking of repetitive, the new friendly NPC faction was a bit disappointing with its constant generic demands. Like in the base game, NPCs will make demands of you to either give them something or do a quest for them such as killing things. The issue here is that the new NPC faction felt no different than the previous factions. The demands they made were not even thematic to their faction and in the grand scheme of things didn’t even make sense as to why they would even be interested in what they were demanding. I feel like they missed an opportunity to make this system more interesting. 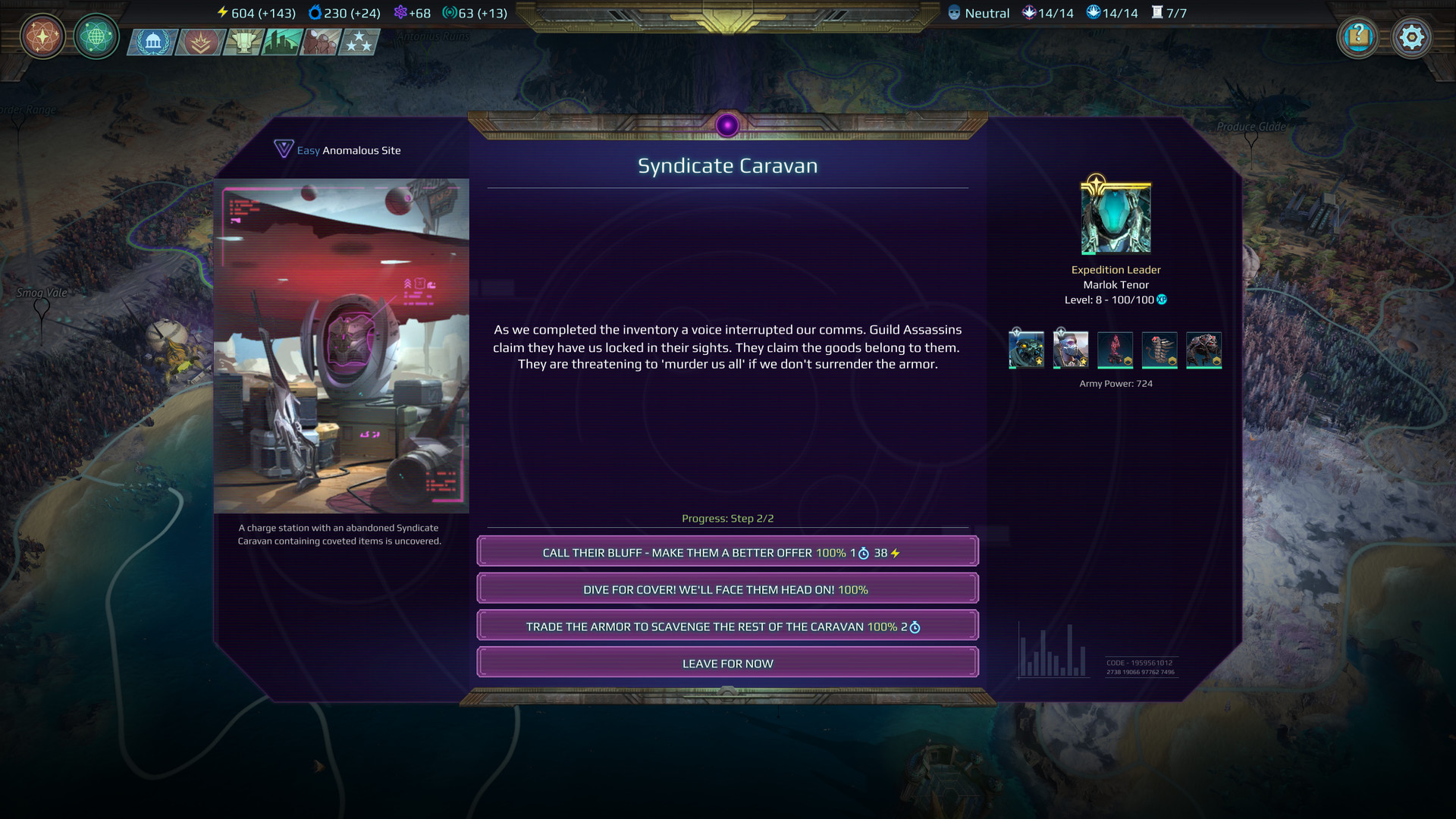 To make up for that, they did add Anomalous sites to the game. These choose-your-own-adventure style sites actually proved to be an interesting diversion. Sure, it ties one of your heroes up for several turns which can, and most assuredly will come back to haunt you later as your enemies slowly encroach on your turf by claiming all the unclaimed land around you, but it still adds interest. You get to choose what you want to do in each of the choice points presented. All of them take a bit of time to complete and some of them may require resources. As a result of your efforts, you will likely unlock something of value, be it a unique weapon, resources or something else of interest. It boils down to if you can spare a hero and any army they may have that you don’t mind tying up for several turns and with the knowledge that they might get wiped out. The Anomalous sites add for a new fun gameplay element that is a welcome addition to the game but I really wish they would have been implemented differently. If we could explore a site without having to store a hero there for multiple turns it would be better. Often times you are already stretched too thin as it is and having to dedicate a hero team that could otherwise be out fighting for the cause can prove disastrous with a cost greater than the gains of the site itself. You may have won the battle, but lost the war kind of situation. 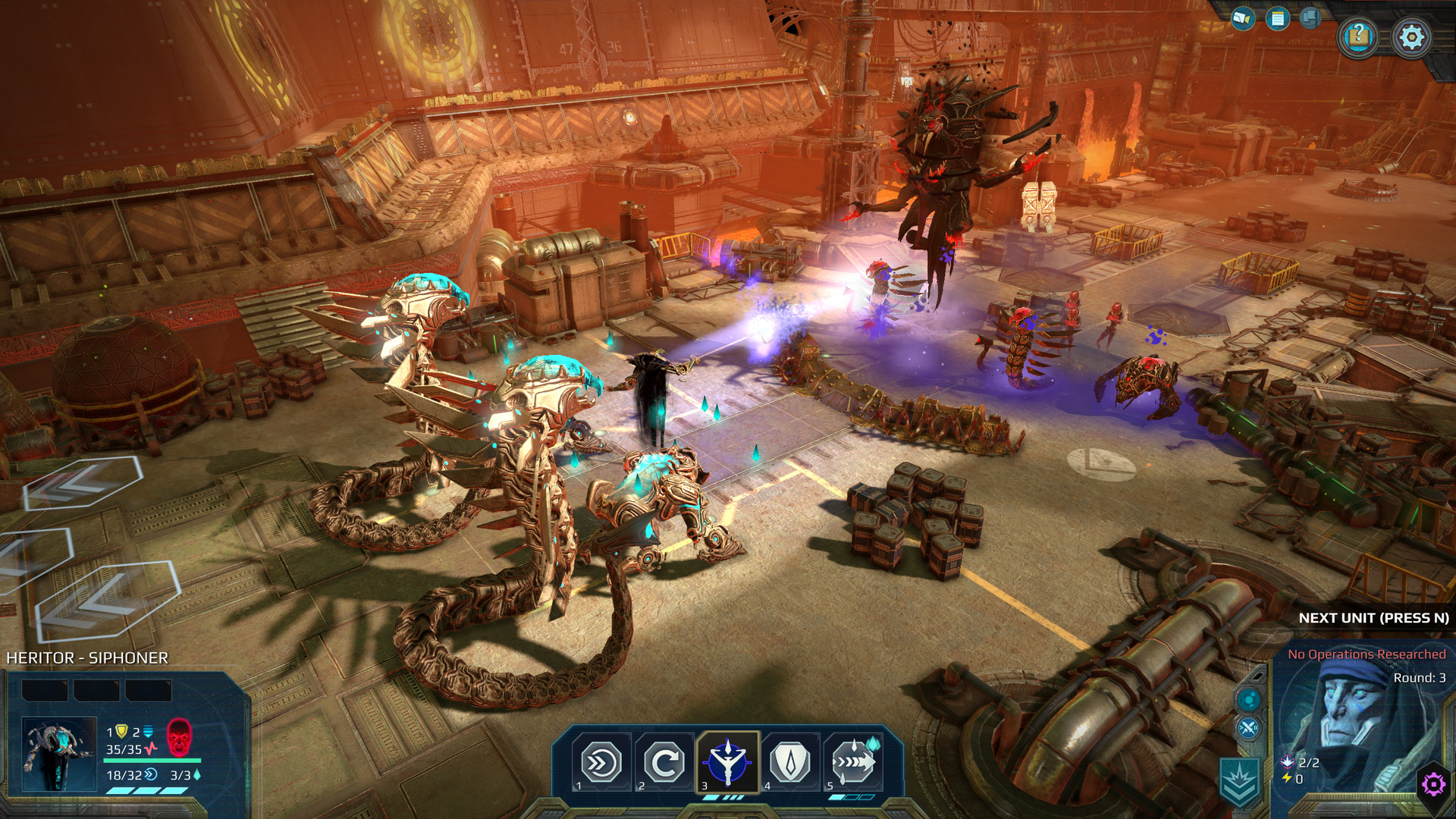 One thing I will mention, which isn’t directly related to the expansion, but is a welcome quality of life upgrade is the ability to send your armies automatically scouting the map, collecting anything of interest they can along the way. I can tell you that it can be tedious to manually direct every army around the map, even with the ability to queue up moves. With the ability to randomly scout, it even removes the armies from your turn task rotation allowing you to focus on other pressing matters. 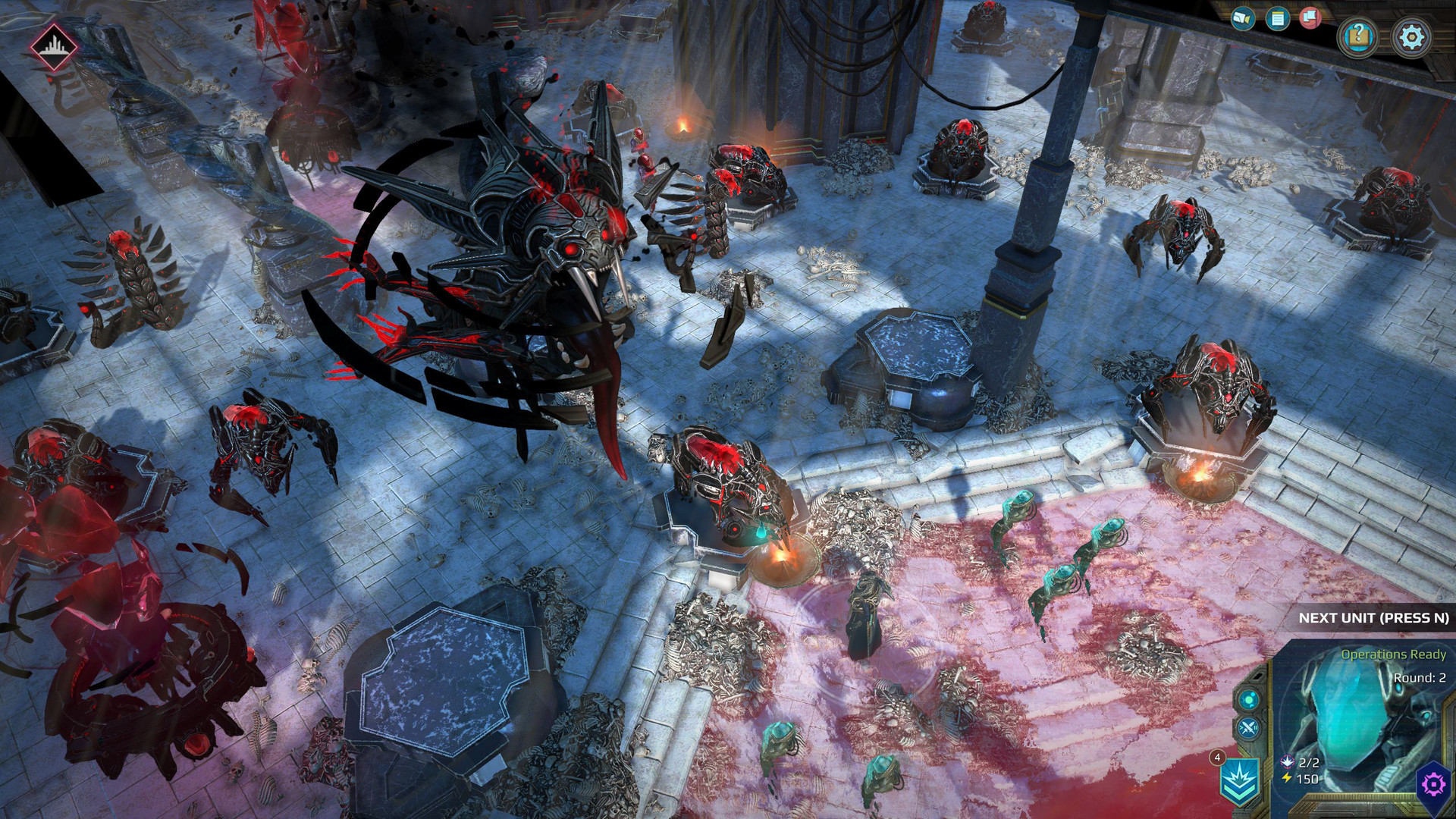 The lore of the new faction is an interesting one. I did find it more captivating than some of the base game stories although with the two campaigns and about 10 hours of gameplay between them it kind of felt like something that could have been fleshed out more. A lot of that 10 hours is you just basically killing time exploring the world and capturing what you can without any new story elements given to you. Unlike an RPG, these games are not meant to be excessively story driven so this game can definitely be forgiven for that, but it still left me feeling like I wished there was just that little bit more. 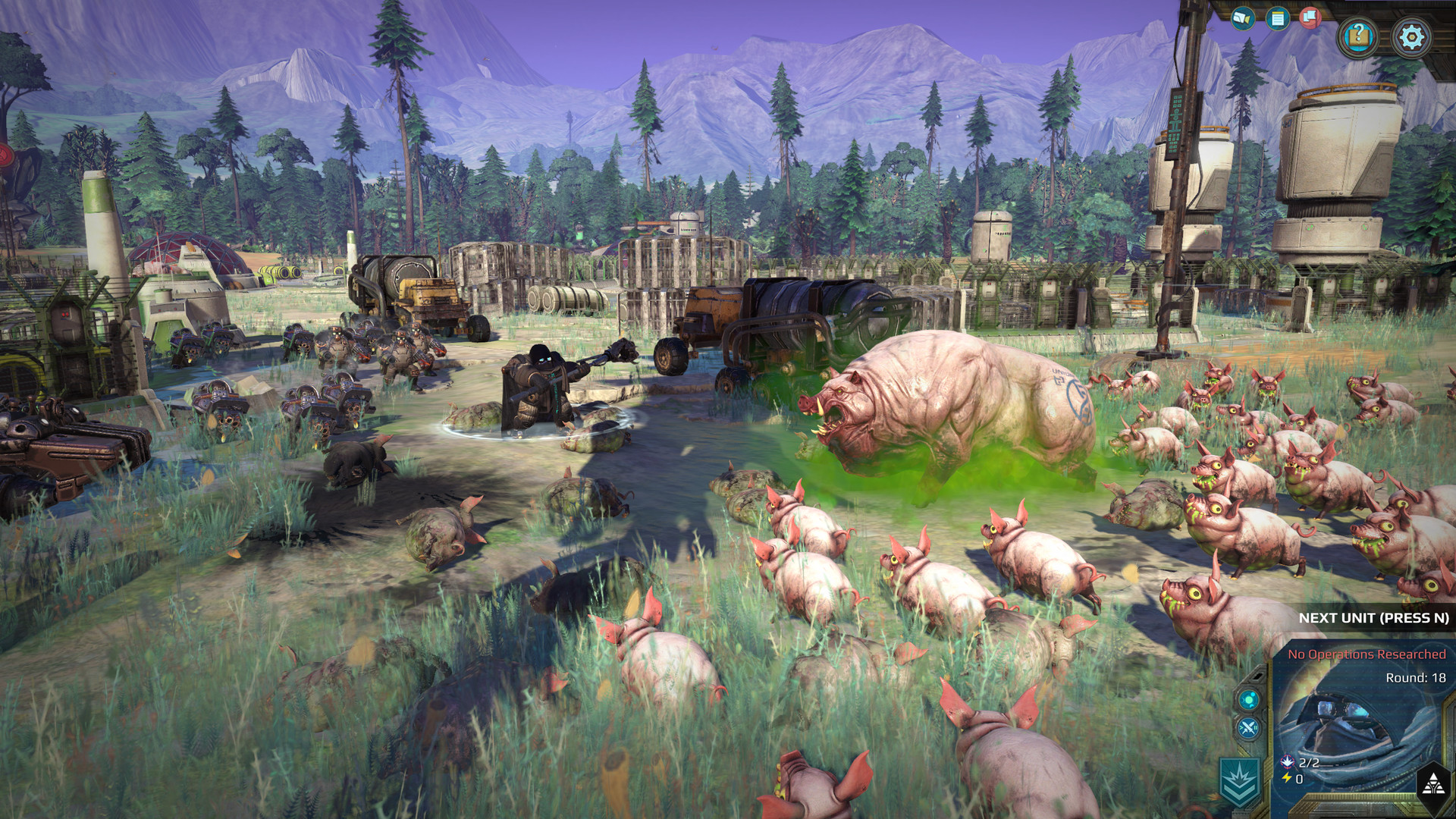 So, should you pick up the Revelations expansion for Age of Wonders: Planetfall? With the price point where it is, I can say that it is likely worth the investment to add this expansion to your base game. It adds enough content to feel fresh and breathes some more life into the game. There are plenty of subtle little additions and tweaks to the gameplay including a new Tomb World scenario for you to work your way through that make this expansion worthwhile. It was nice to revisit Age of Wonders: Planetfall after having not played it for a few months and this expansion gave me the welcome excuse to do so.