Annihilator? You bet I did!

Heavy Metal is the third released DLC for Harebrained Schemes’ excellent BATTLETECH game, published by Paradox and released last year. Heavy Metal finishes off the promised Season Pass, but I’m hopeful that it doesn’t represent the end of DLC for this fantastic game.

As has become the norm for BATTLETECH, released at the same time as Heavy Metal is the latest free update to the game, and it’s the best yet, featuring all sorts of great additions including new maps, new missions, official mod support, and two free ‘mechs. 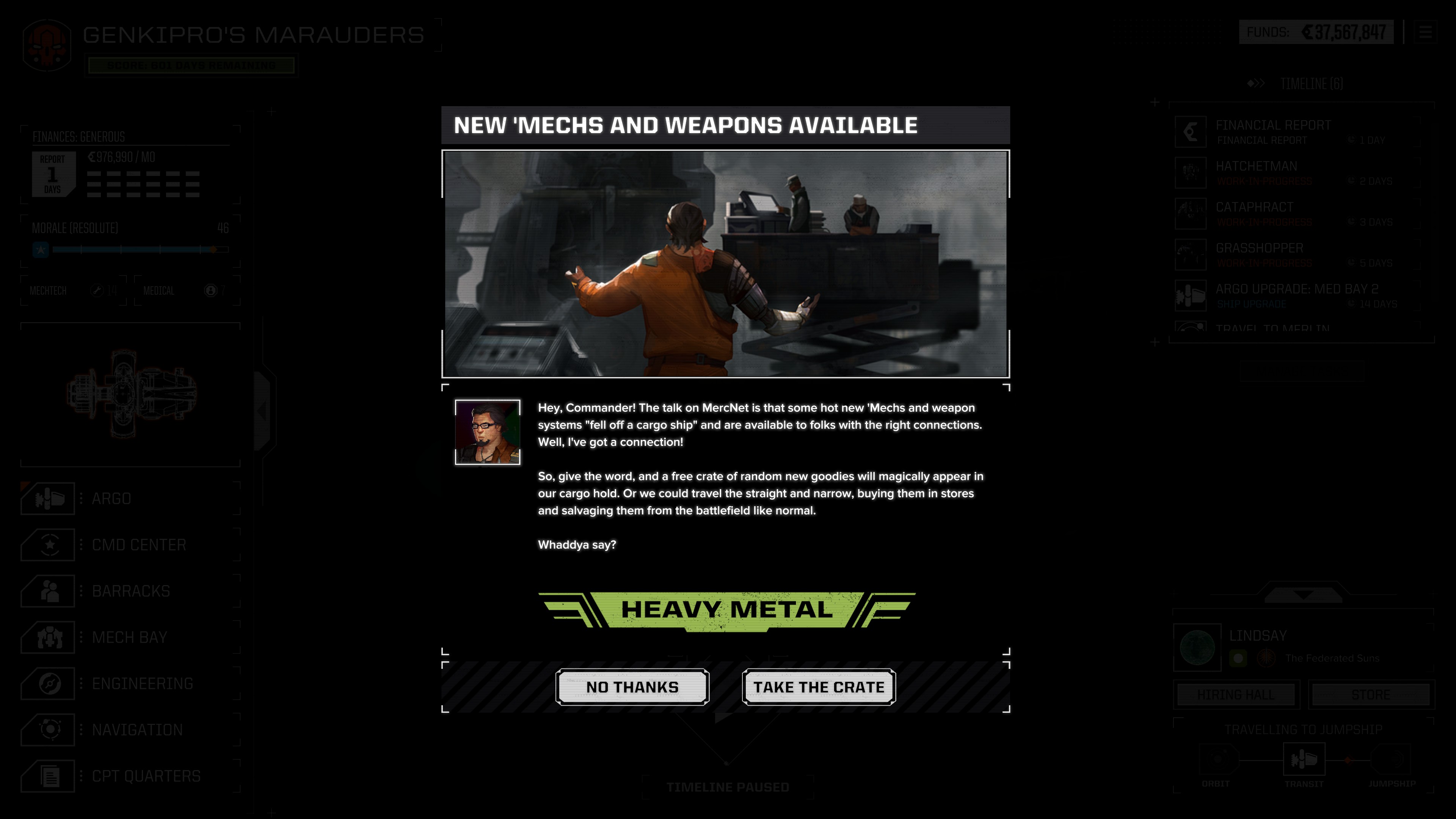 The focus of Heavy Metal is adding more Battlemechs. The DLC includes a number of classic ‘mechs that BATTLETECH fans will be happy to see, including the poorly armoured, but great at range Rifleman, and the very-scary-when-you-encounter-two-of-them-at-once Annihilator; as well as one all-new ‘mech, the Bull Shark. The free update also includes two of my favourites: the Marauder and the Warhammer. Hooray!

The new ‘mechs cover the whole weight range, from the 20-ton Flea to the 100-ton Annihilator, with each one including at least one new onboard system as well. Models are excellent, consistent with the other ‘mechs in the game. The Annihilator is especially creepy looking, while the newly invented Bullshark looks to me as though somebody took a King Crab and went to town on it to make it look angry. Great stuff!

New Weapons and Onboard Systems

None of the new systems feel as game-changing to me as the Cyclops’s control computer or the Raven’s ECM field from the Flashpoint and Urban Warfare DLC, instead seeming more like the Hatchetman: new and cool, but not revolutionary. (Maybe that’s just my play style?)

Instead most of these systems are more incremental in their effects. The Phoenix Hawk’s Vectored Thrust Kit consists of jump jets that give extra jump distance, but also give a damage bonus to range weapons fired in the same turn. The Annihilator’s Ballistic Siege Compensators provide extra stability while providing a large damage bonus to that ‘mech’s four AC/10 auto cannons. And the Assassin’s Intercept System ignores three units of evasion when attacking.

The expansion also includes a number of new weapons systems such as Ultra Autocannons (UACs), LB-X “shotgun” or “cluster” ACs, and targeting lasers, apparently as well as some that offer alternative play styles: inferno missiles that cause heat damage and an area of effect weapon. Many of these new weapons are quite hard to come by, but most of the new ‘mechs are seen often in random encounters.

The new weapons and other systems are actually very well balanced with the rest of the game, in terms of damage, range, heat, weight, and cost, though of course finding them in salvaged ‘mechs nullifies that last factor. None of them are game-changing, exactly, but they all add together to give more options to the player, which is a very good thing. When you combine them with the small amounts of lostech you find as you play, and the ECM systems from Urban Warfare, it’s easy to make some very fun lances to suit different play styles. The mortar, while very powerful, is also very rare and very expensive! Even with over 30 million in the bank I’m still hesitant to shell out three million for a one-shot weapon, no matter how effective it is! (Especially after my Grasshopper mounting an ECM pack that cost me two million just got taken out. Curse you, ironman mode!) 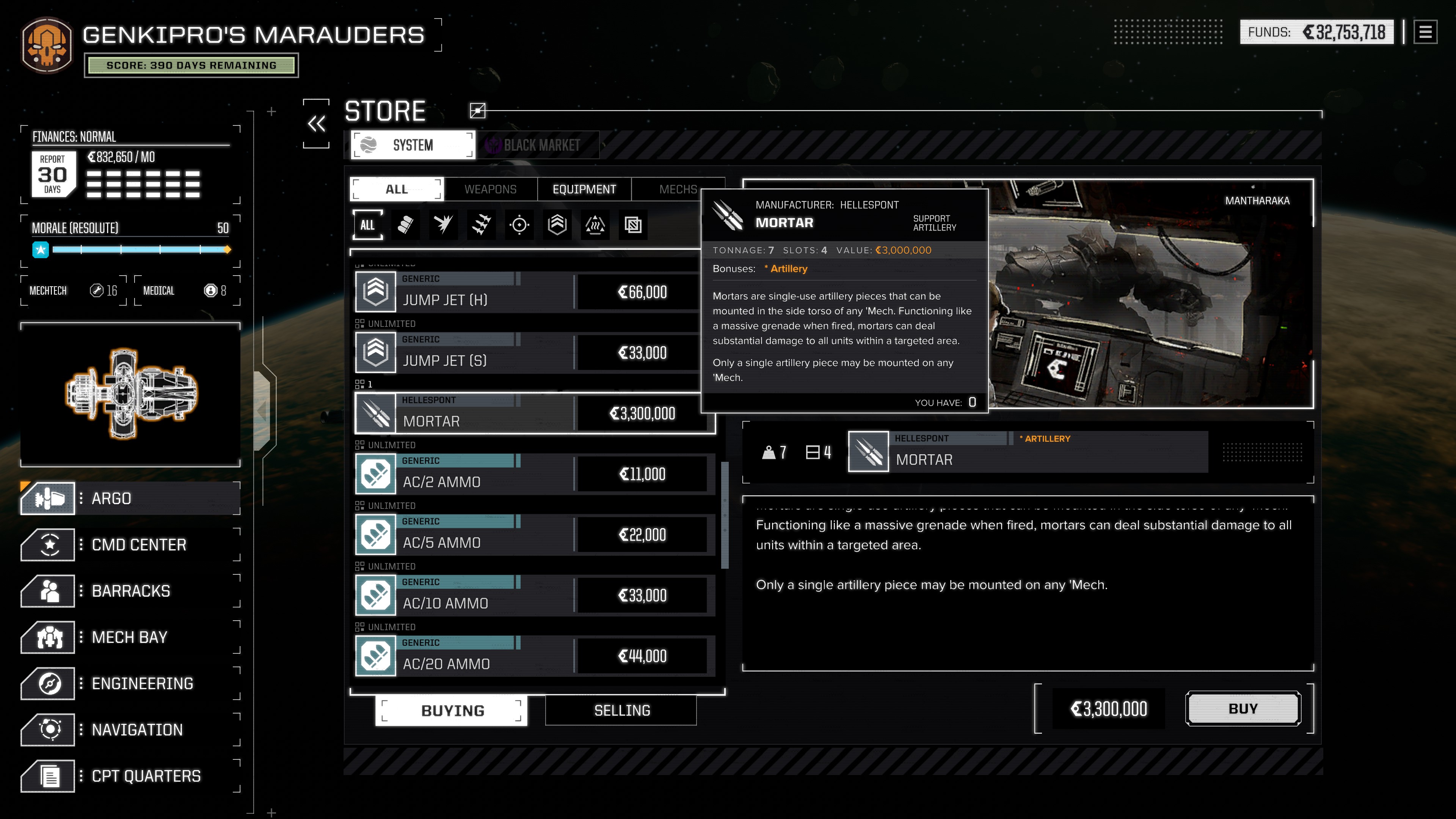 All of these changes do mix up gameplay a bit, which is definitely a welcome change. Mixing the new systems, weapons, and mechs with those from the core game and the previous DLC allows you to create a lance — yes, the game still limits you to a single four-mech lance; that’s what BATTLETECH was all about! — even more kick-ass than ever before.

But after installing Heavy Metal and spending another 25 hours or so continuing my ironman career-mode game, I found that the Annihilator is the only new ‘mech I use regularly, because after a certain point there’s still no reason to field anything other than four Assault ‘mechs, or at least three Assault ‘mechs and a fourth based on the mission type: a fast medium ‘mech for intercept-style missions, a missile-boat Catapult for stability attacks, an ECM ‘mech for escort missions, etc.

Heavy Metal includes only a single flashpoint campaign, which is a shame after the good range of flashpoints from the previous DLC. This one is a series of short missions that’s certainly fun, and probably one of the most interesting flashpoints in the game, but I would have loved to have seen more. I think it could be leading up to another large-scale campaign, perhaps in another season pass, or maybe a sequel. 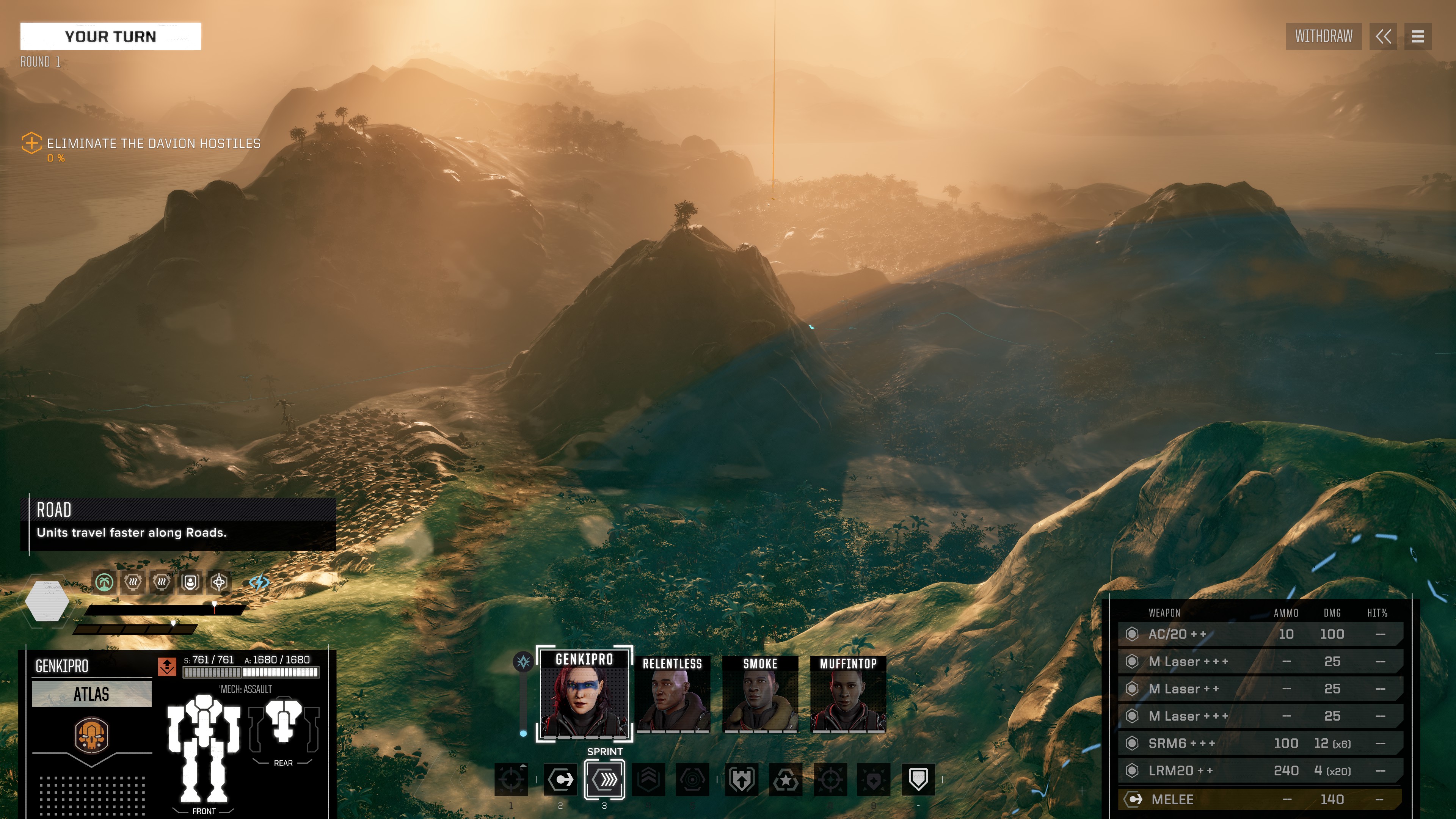 I’m also a little disappointed that the DLC doesn’t introduce a new biome. After the previous DLC had introduced jungle and urban biomes, I’d really hoped to see another one here: mountain, swamp, or something like that would have been great. I can’t hold that against the developers, though; there was no mention of a new biome in the pre-sales information, so I hadn’t really been expecting one. 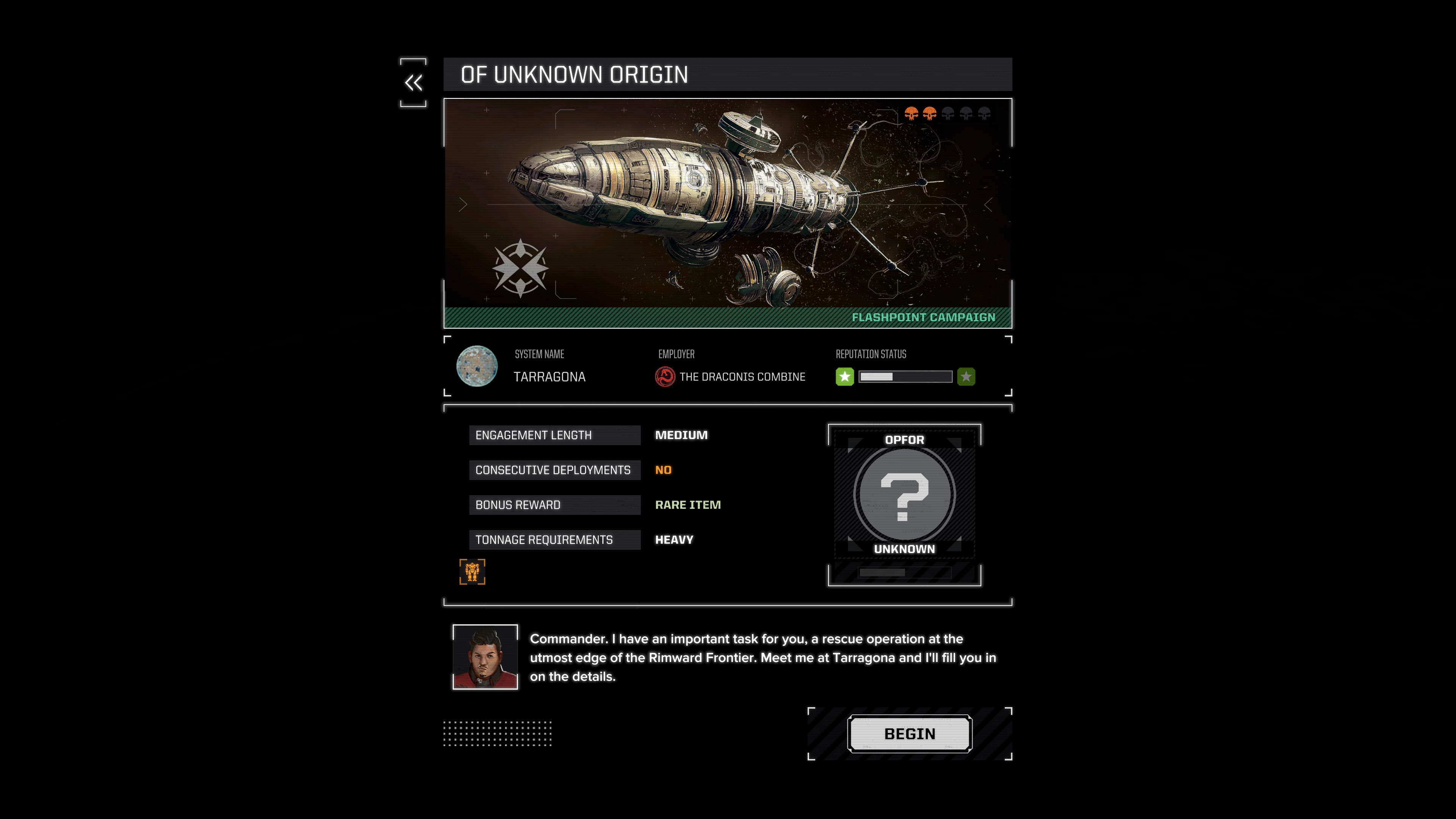 So, reading all that, you may get the feeling that I’m a bit down on Heavy Metal, but I’m definitely not! It’s a really solid DLC with a lot of content. The ‘mech additions are great and the weapons and systems provide increased variation in the core gameplay. I think it might have actually been better had it been released as the first DLC of the season pass, rather than the last; it’s not really focused on end-game content, and the wide tonnage range of the new ‘mechs makes many of them most useful when you’re just starting out. My only real complaint is that there’s only one new flashpoint campaign, but at least it’s a good one.