Stranded Sails – Explorers of the Cursed Islands: A Great Adventure For Children, but Adults May Be Disappointed

When I first started playing Stranded Sails, I had a bit of trouble choosing a specific genre for it. It combines various pieces of multiple genre’s which made it difficult to place it in any one genre. In the end, I decided that it’s more of an adventure game than anything, since the majority of the time you’re exploring the islands and everything else is only a minor part of the game. 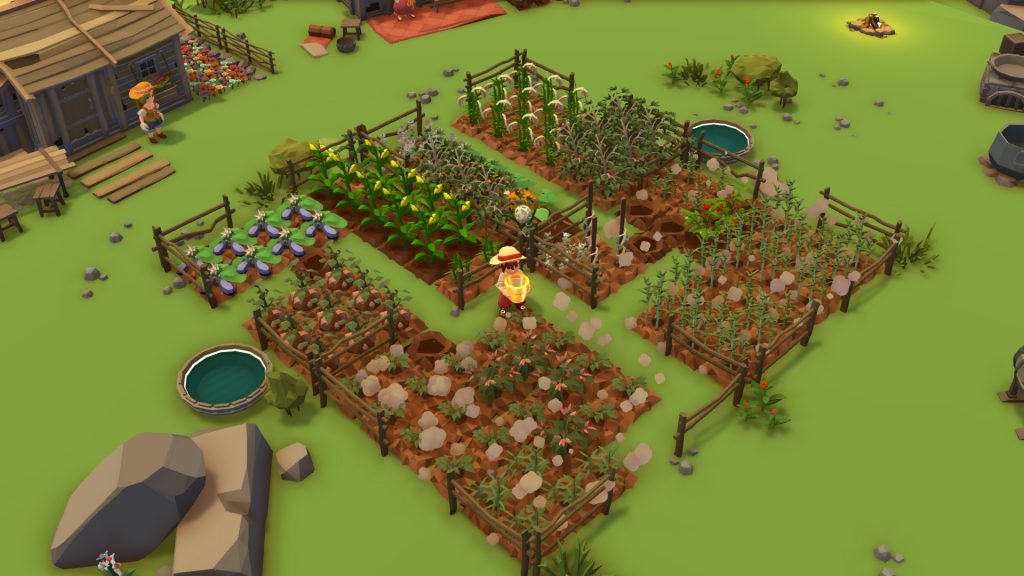 Stranded Sails puts you in the role of a male or female character who sets out with their father on a journey across the ocean to live a new life in the new world. Their journey winds up turning for the worse after a storm destroys their ship and they all become stranded on a tropical island. It’s a pretty standard survival story and has been told in numerous games, movies and tv series.

The story itself feels like it was written more for children as its writing feels very naive and innocent. The game itself also feels like it was made with children in mind, but the story makes it more evident early on. That said, there’s nothing wrong with the game being for kids, and I found it fun regardless.

I also found it kind of amusing how little everyone else in your crew does. You’re tasked with doing everything from building their shacks, to farming their food, and ultimately solving the mystery of the island. Meanwhile, everyone else sits around and doesn’t really contribute to any of it besides giving you the tools to help them further. If your character’s time on this small island is any indication of what life will be like in the new world, I feel sorry for the main character, cause it’s likely they’ll be holding everyone’s hand there too.

One thing I did find kinda cool is the fact that over the course of the game, the campsite gets better looking, and each of the character’s houses gets decorated in various ways. 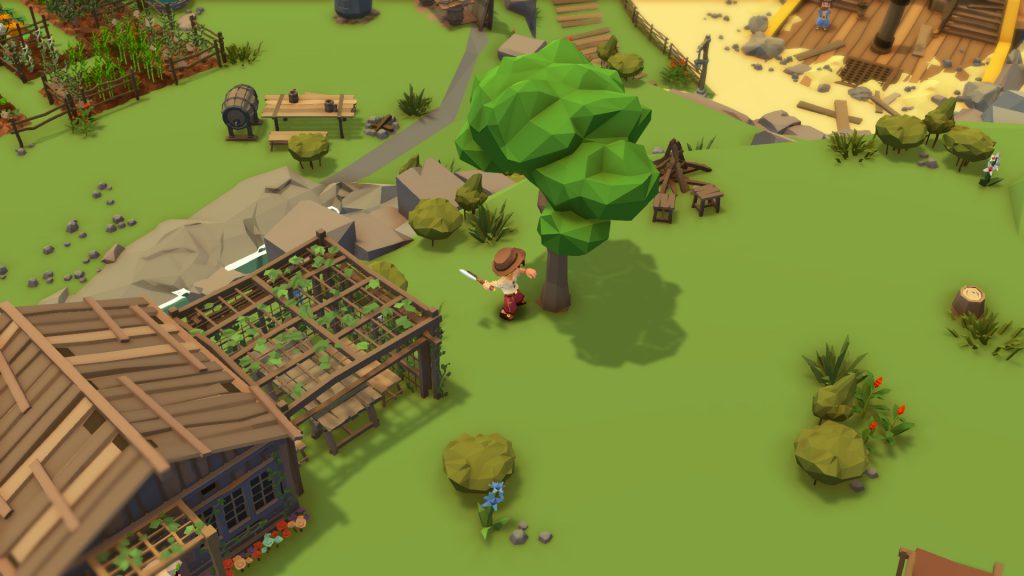 The game has numerous features added to it to make it pretty varied gameplay wise. One of the first things you’re introduced to is the farming system which is used to cook food for your journey and to cook a stew for the crew members. Farming is pretty standard stuff, you have to keep the plants watered or they’ll die, you acquire seeds as you explore, and then harvest the vegetables when they’re ready. Once you have the vegetables you can them cook them by discovering various food dishes. Food helps keep your stamina up, which depletes as you do various things. The stew is introduced a little ways into the game and allows you to use your character’s favorite foods to increase the overall happiness of the camp. Each happiness level you gain, you’re granted a new and improved tool or the ability to upgrade the camp in various ways.

There’s also a resource gathering aspect which mostly revolves around looting chests, and cutting down trees. Wood, Rope, Hardwood Fragments and Metal Scraps are used to create tools to be used in building materials and other useful items such as the climbing rope or rope bridge. The rope bridge, climbing rope, and ladder are introduced quite far into the game, and allow you to explore deeper into each of the game’s islands to uncover new mysteries. 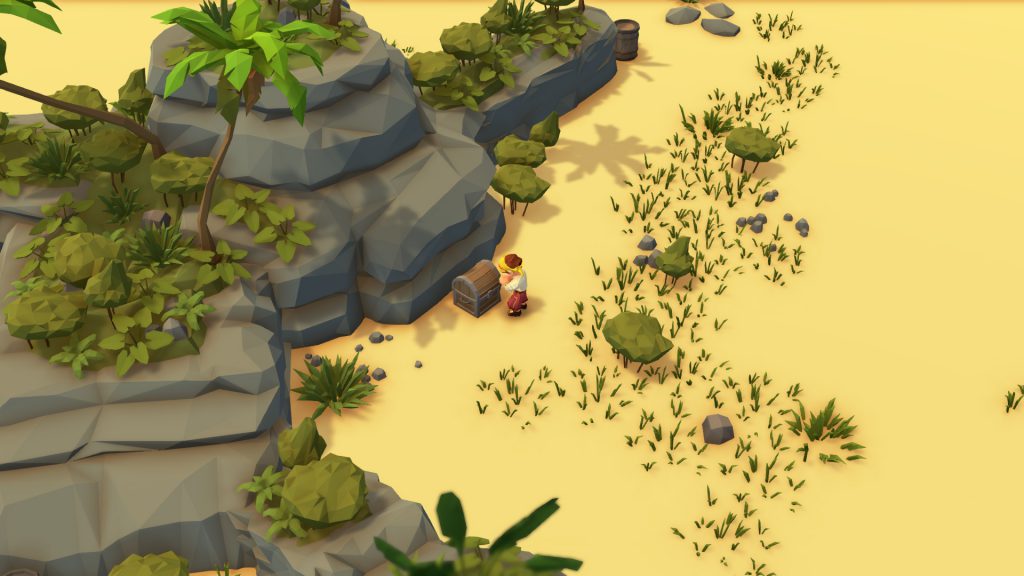 Since the game takes place on an archipelago, the game also has a boating feature where you must use a rowboat (or a canoe later in the game) to traverse the ocean and reach the various outlying islands. Using the rowboat requires a lot of energy, even more so when rowing over waves. It’s always a good idea to pack a lot of food for your journey to the islands as you’ll need it to explore. Each island is unique and has hidden journals for you to discover which shed light on the underlying mystery behind the islands.

It’s worth mentioning that the first 4 or so hours revolves around setting up your camp and rescuing your crew members. This is a bit tedious and may bore some people after a while. The game gets a bit more interesting at around the 5 hour mark when combat is introduced and the mystery of the island is revealed.

Combat is on the more basic side of things, but since the game is made for kids, this isn’t too surprising. It’s easy to learn and the enemies are equally simple to defeat.

I will admit that since the game leans more towards an adventure game than anything else, the smaller features do feel a little incomplete, or maybe, a bit lacking. That being said, it’s perfect for children to get into, but for an adult like myself, none of the features feel complete. 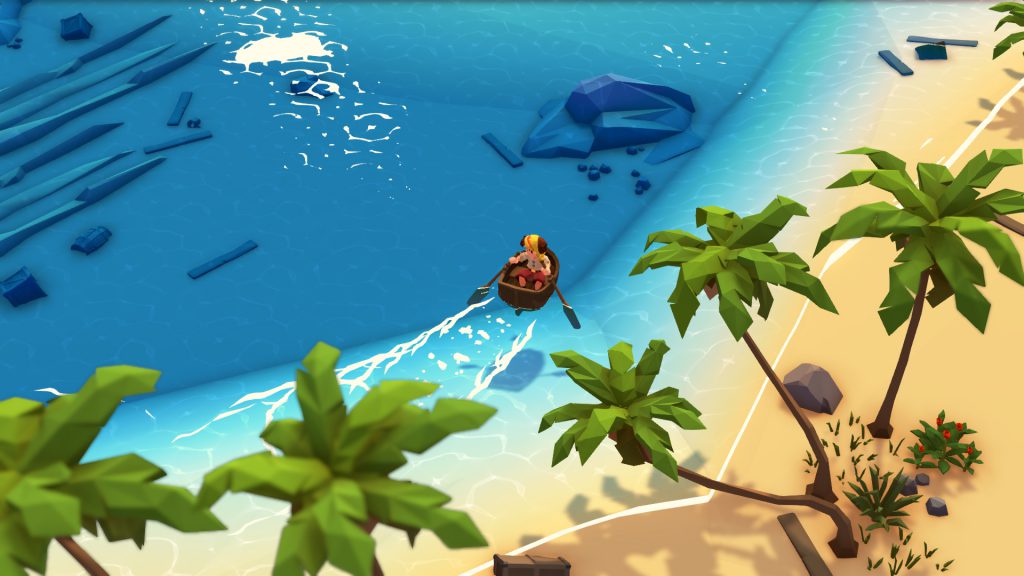 Overall, Stranded Sails is a pretty enjoyable game, even if most of the features the game has doesn’t feel complete. It’s the perfect game for children of about 8 to 12 years old though, and I have a feeling that my niece and nephew would love the game quite a bit. Adults may find themselves a bit disappointed by the game but if you can get past the caveats, you’ll probably enjoy it nonetheless. I’ve decided to save this one for later, it’s not a bad game, but will please children far more than adults.