Intro And Interesting Bits of Info

The Blackwell Legacy is the first game in a 5 episode series by Wadjet Eye Games. The series is also one of my favorite “modern” adventure game series and this is the first time I’d played through it in 5 years. Still as entertaining as I remember too.

The game runs on the Adventure Game Studio engine, much like all of Wadjet Eye Games’ titles. The game was originally called Bestowers of Eternity and was released as a free-to-play game in 2003. It was later redone and expanded to ultimately become The Blackwell Legacy in 2006. The game spawned 4 sequels and a few spin-off games, which I plan to review as well.

The game was also nominated for 4 AGS Awards in 2006 after it’s release and won the award for Best Character Art. 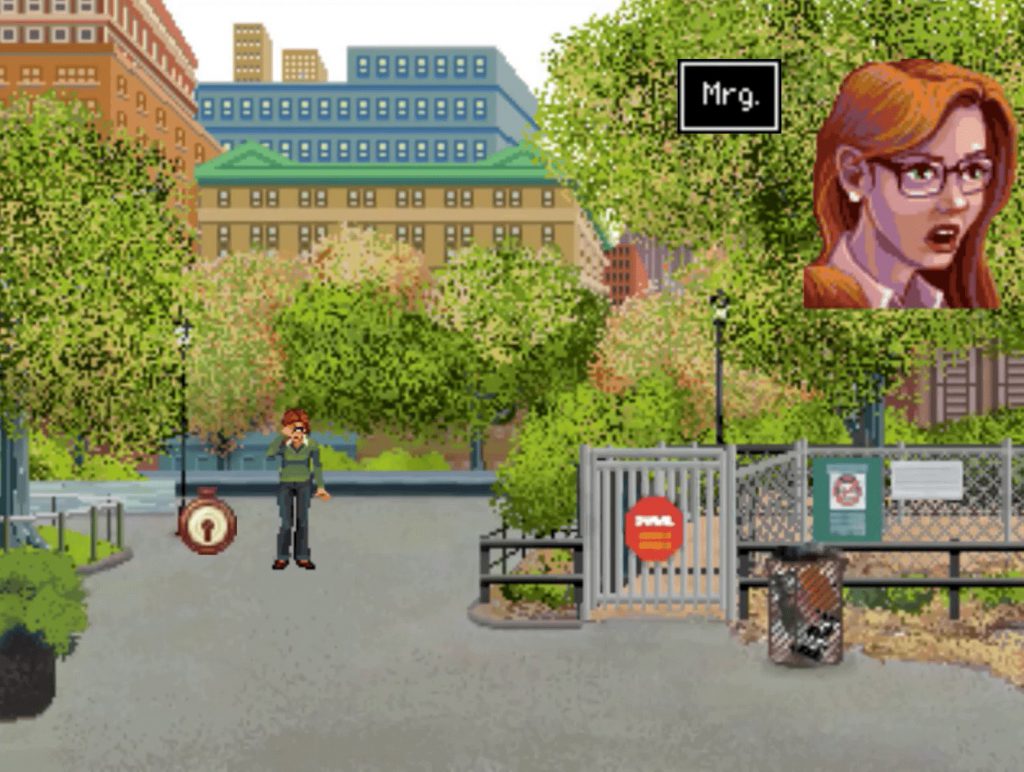 The Blackwell Legacy follows a freelance writer named Rosangela Blackwell whose aunt had passed away after 25 years of being in a coma. For her, this seems like the end of a long chapter in her life but it’s only the beginning of a much larger one.

As with any adventure game, story is an incredibly important piece of the puzzle. This game’s story starts off a little slow but it picks up pace around the halfway point. It’s also worth noting that the game is pretty short as well, and my recent playthrough video only took me an hour and a half to complete. I wouldn’t let this dissuade you from giving the game a shot though as some of my favorite adventure games are on the short end of the stick.

The length of the game keeps the story straight to the point and it features some excellent writing. The voice acting is pretty good too but the quality of the recordings sounds dated. That said, it’s an indie game from 2006, and the first game in the series so, I can let this one slide a bit. 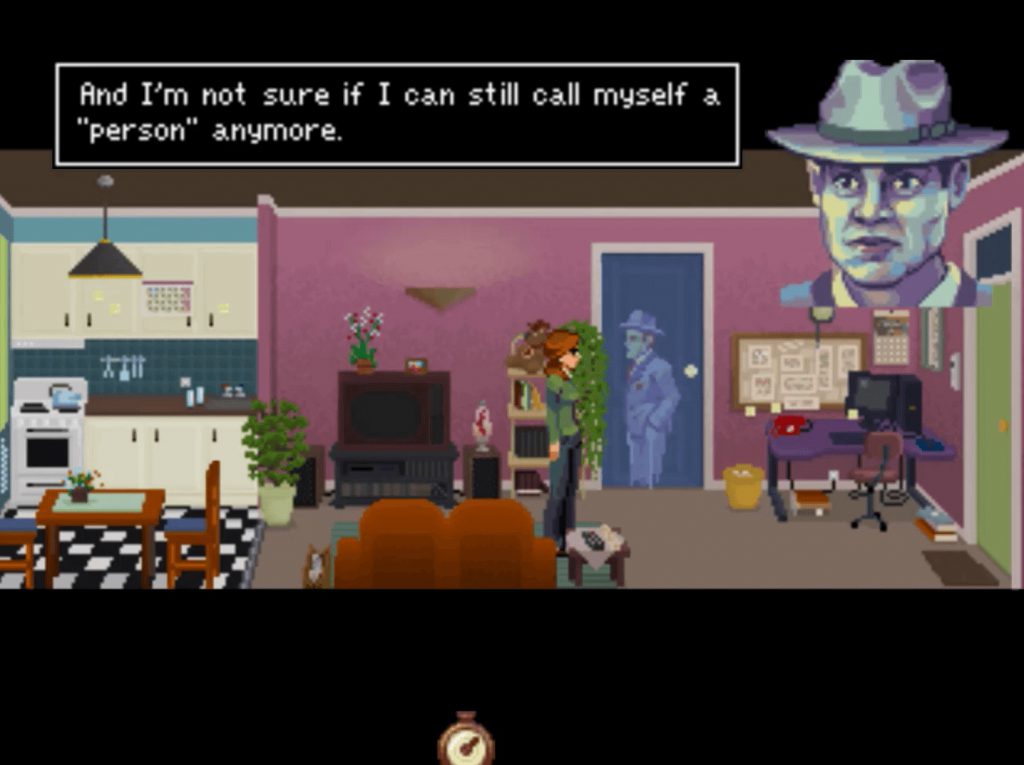 If you’ve played a point and click adventure game before you’ll likely be familiar with the way things work, but for those that are new to the genre I’ll explain a bit.

This game isn’t an item based point and click adventure game like most games in the genre. Instead, they’re character based, and often revolve around interacting with the characters in the game world. It’s puzzles are woven into the story in a way that you don’t realize that they’re puzzles, which is excellent puzzle design.

There’s an inventory that’s only used for a couple items and a notepad that acts as Rosa’s case book. There are times when you will need to combine two keywords in the casebook to create a more detailed topic to ask someone.

Outside of that, it’s your standard pointing and clicking affair. 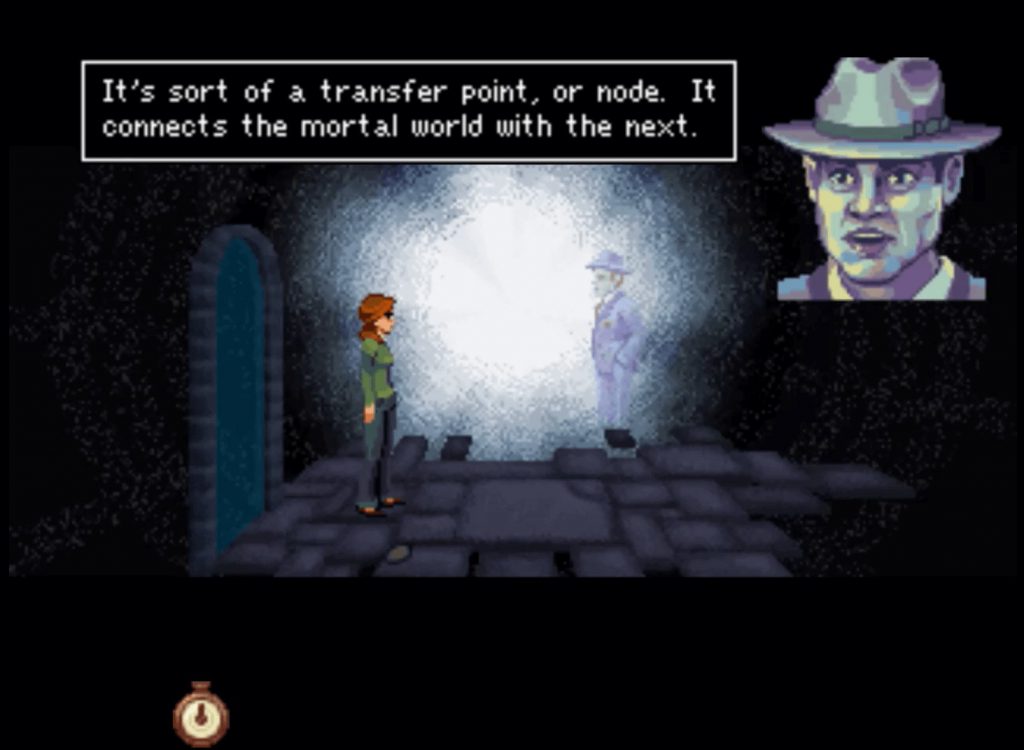 Even though it’s been over 10 years since this game originally released, and it’s been 5 years since I last played through the game for my own website (Which no longer exists), I still think it’s an entertaining game to kill 2 hours with. The game may feel a little dated now, and it suffers from a few bugs, and first game quirkiness, but it’s a good introduction to the series as a whole and it’s short enough that you can enjoy it if you don’t have a lot of time on your hands. You can also get the series dirt cheap in sales now too so, even more reason to pick it up and play it. I’m going to Save this one for later, even after 5 years of not playing it, it still remains a favorite.