Life of a depressed man.

Mosaic appeared as an upcoming game on Steam around the time when the hype for Inside was palpable, and I transferred some of my excitement from one bleak-looking game to the next, as Mosaic was seemingly taken out of an Orwellian nightmare sprinkled with modern sensitivities in the form of smartphones. More than three years later, a preview version finally awakened from its extended slumber… and I was probably expecting too much.

Mosaic started with its protagonist waking upon its bed, and the first objective was to click the phone to shut off the alarm. Besides a few emails, the phone also revealed a very tantalizing app: a clicker game for you to waste your time on. Once satiated, I could explore my grey apartment with point and click controls, holding the mouse in the direction where I wanted to go and clicking on highlighted objects to interact with them. 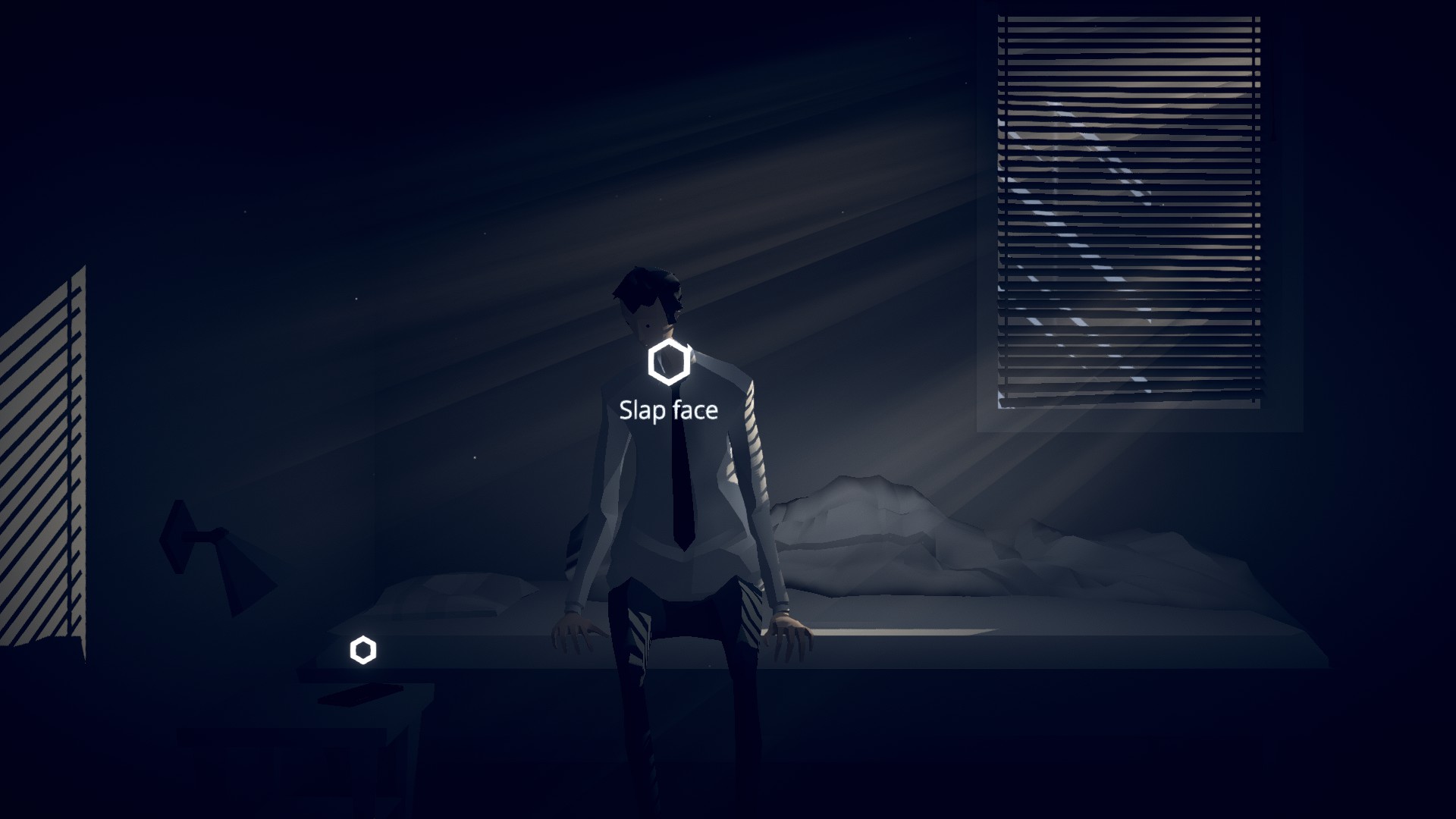 I am always curiously excited when I am allowed to control someone else’s life and explore their everyday environment; in this case, the feeling was both relatable and alien, as there was nothing warm about the current location. Considering the posture and movement speed of our main character, I felt that his world had more to do with depression and despondency rather than a commentary on modern technology. There were still hints in the in-game news that there was a wider conspiracy at play, so the plot might reveal interesting twists further down the line. 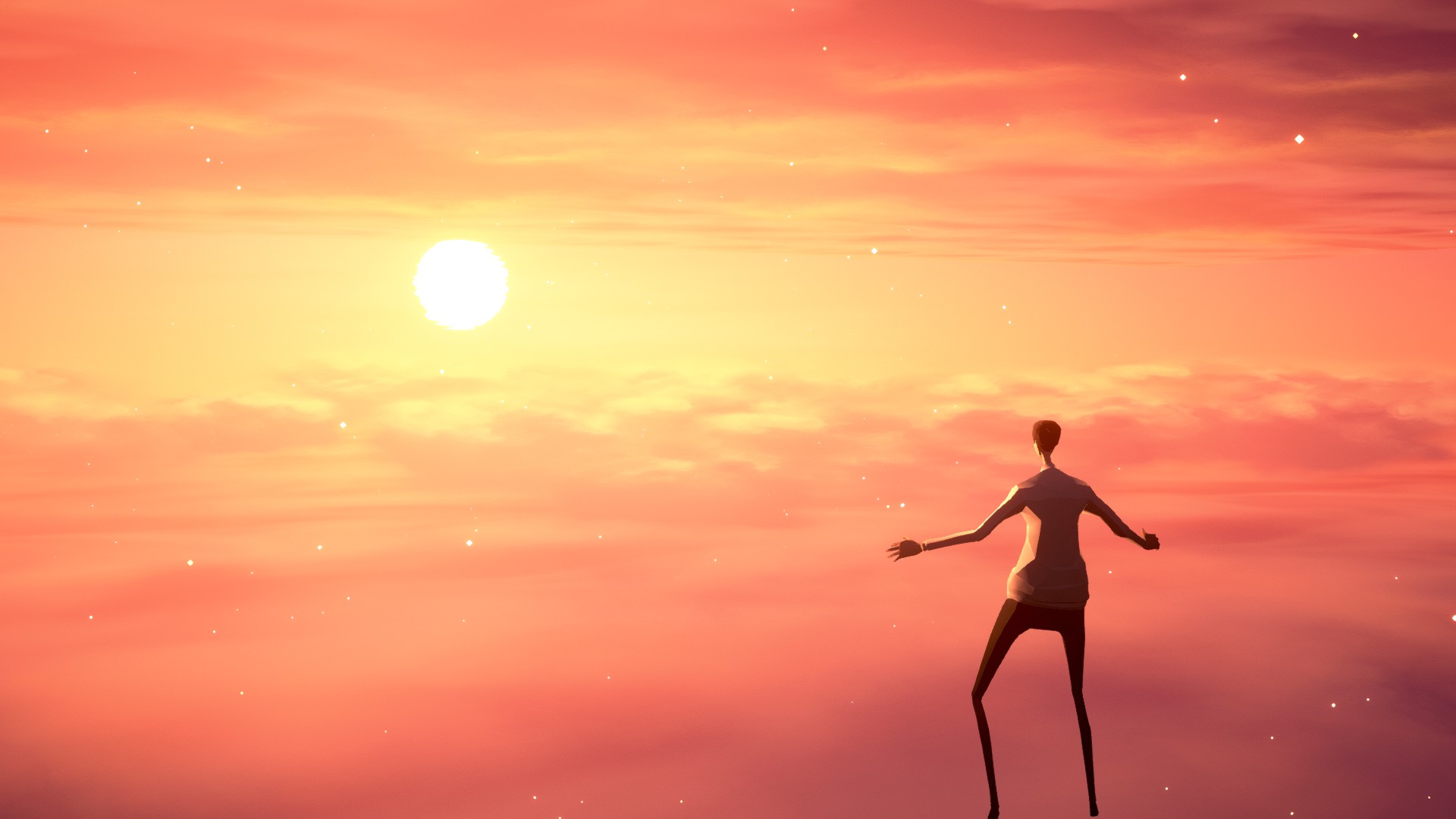 Instead, I was surprised to face a very slow-paced contemplative game, with occasional surrealistic scenes making me wonder what was really going on underneath the surface. And then, another mini-game appeared, this time about reaching a milestone by building upwards in some sort of RTS puzzle game. While this sounds cool, in practice this was too long and boring. I would have preferred another approach to the subject matter, as so far Mosaic does not add anything meaningful to the value proposition of Every day the same dream and its haunting atmosphere. For example, the very discrete sound design and the occasional 3D character model’s clipping against various surfaces made the atmosphere feel too “light”, while the slow pacing of the game made it feel less impactful. Despite the interesting visuals, I was not feeling oppressed nor immersed, just mildly impatient. 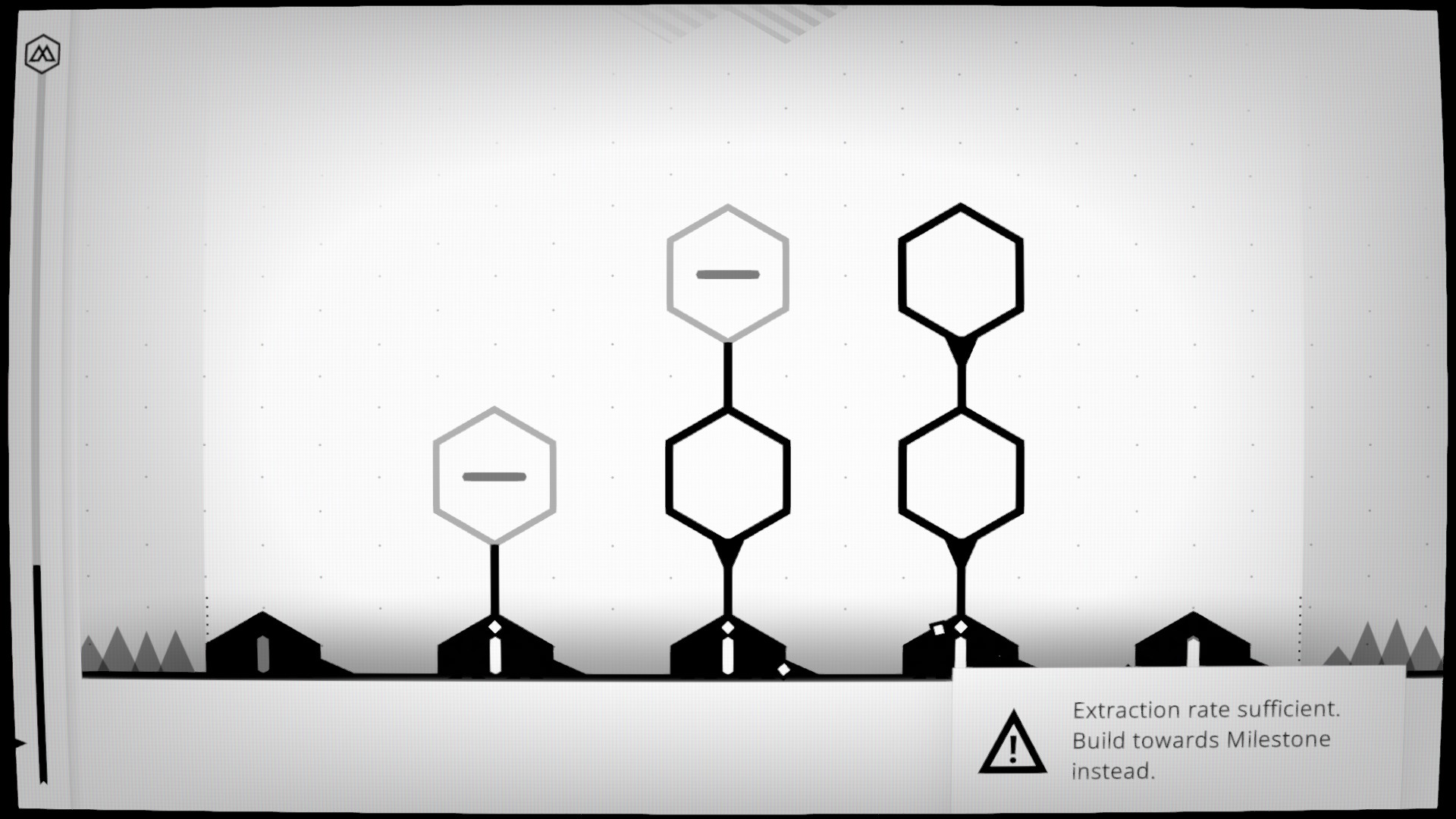 At first, I was very intrigued by Mosaic, looking forward to a slick and modern story with a bleak setting. Instead, I got a snail dragging its carcass very slowly towards the next dull mini-game or the next brief flash of surrealism. While this preview was clearly not long enough to have a better idea on whether the plot will be interesting in the final game, so far, I couldn’t help but be disappointed; after so much time in the oven, I would have liked to see a better pacing and more engaging scenes. Maybe being boring was the point, but it could look dull while still feel good to play. I hope that there will be merits to this depressing adventure, but for now, my excitation went from “Can’t wait!” to a detached “Wait and see”.