Jalopy, now you too can drive a beat up car from the 60’s across 1980’s Eastern Europe.

Your Itinerary for This Trip.

Jalopy is a driving based game that’s sort of like a mix between Papers, Please and OutRun, there’s obviously some big differences between this game and those games but it borrows a few features from each of them.

This game has actually been on my watch list for some time now because I originally thought it sounded pretty interesting. After playing it… I’m not really sure what to think of it. Part of me thinks it’s addicting and pretty fun but another part thinks it’s incredibly repetitive and quite uninteresting. We’ll get into the why of it later though. On to the review! 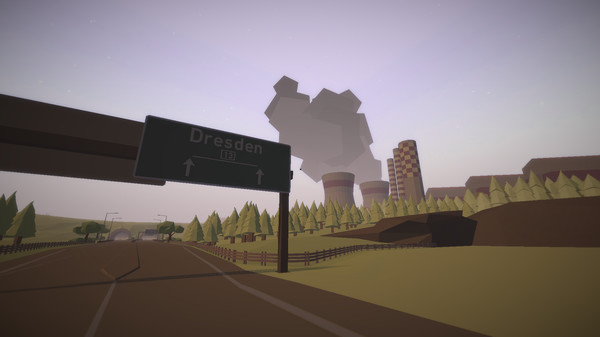 Your main objective in Jalopy is to maintain your 1960’s era Laika. It has a stock 2-stroke engine, so it’s speeds are absolutely atrocious. At the start of the game it does 0-60 in 28 seconds, so, it’s quite abysmal as far as cars go. There’s also a short tutorial section when you first start where your uncle will run you through the assembly of your vehicle. There’s a surprising amount to learn but it’s very easy to pick up.

Every part in your engine can be taken out, replaced, and fixed using various tools, items, and parts. You also have to maintain your vehicle’s tires and cleanliness as well. The engine parts include a fuel tank, battery, ignition, engine block, carburetor, water tank, and air filter. Every part you start with will be stock with absolutely terrible stats and zero bonuses. You can find upgrades while traveling the roads in derelict cars or purchased from dealerships. Each part has a durability which decreases as you drive the vehicle. When a part reaches zero durability it will no longer function and will quickly deteriorate the condition of your other parts if you don’t fix it.

To fix each part, you must purchase an engine repair kit from a gas station. Engine repair kits only have a few uses before they disappear so you need to think carefully about which to fix, otherwise you’ll be in trouble later. This is especially true early on when you don’t have a lot of money to purchase a lot of repair kits. They cost $15 a piece which may not sound like a lot but you only have $100 starting cash and maintenance quickly adds up in cost. Gas stations also sell a variety of other goods as well including tires, tire repair kits, and trade goods.

When you reach your destination, you’ll be forced to stop at the motel to rest for the night. The cost of the motel goes up each town you visit so you’ll need to save extra cash to stay in them.

You may have noticed that I compared the game to OutRun earlier in the review and you may be thinking “How does this game have anything in common with that game?” Well, the game utilizes a similar area loading system. In order to go to the next area, you must first pick a route in your travel book, this is a much slower process than in OutRun, of course, but the principle is more or less the same.

I won’t bore you with the majority of the details in this game, so, let’s just say that there is an immense amount of micromanaging required and I can safely say that if you dislike micromanaging in any way, you will 100% dislike this game because that’s all the game is about. 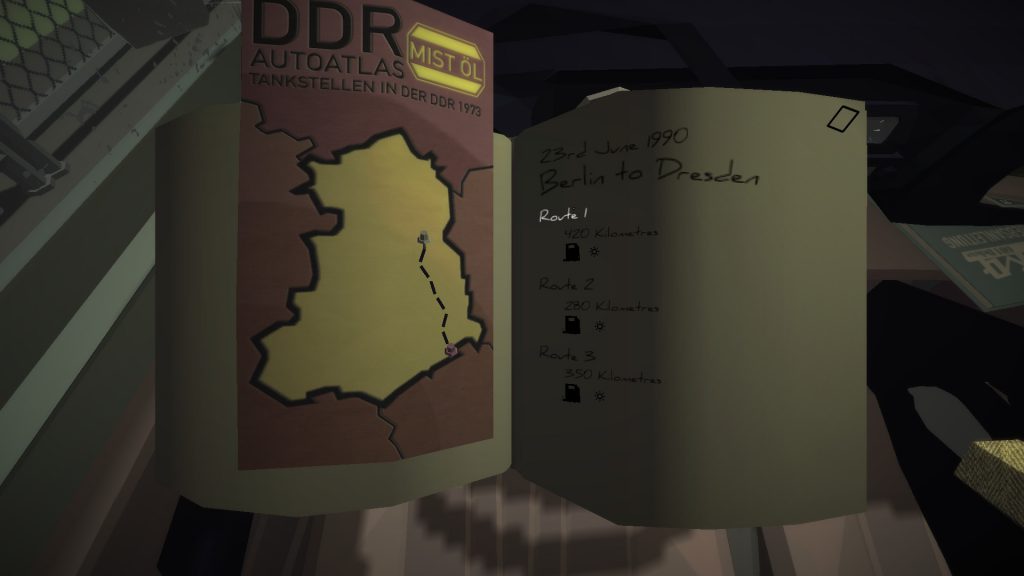 Truth be told, I’m not a big fan of the low poly art style that a lot of games utilize nowadays. Especially when the color palette is as bland as in this game. I also don’t really feel that it fits with the world it’s trying portray. It’s supposed to be taking place in Eastern Europe after the fall of the Berlin Wall and end of the Soviet Union but, It doesn’t really feel like that though.

At first I had difficulty placing what time period they were trying to portray in the game. They even made mention of the fall of the Berlin Wall but my brain still wasn’t 100% convinced of this fact. I found it difficult to really grasp the world you drive around in because it felt disconnected and rather uninteresting. There’s also nothing that even remotely looks like Eastern Europe in the entire game, which adds to the disconnected feeling.

There’s also several military checkpoints you pass through but even those didn’t really have much effect, they simply ask you for your papers (Papers, Please…), and you select a new destination and your on your way. They’re merely waypoints in your journey.

Sound was another area I was heavily disappointed in as well. Or really, the lack thereof of sound, which made the world even more disjointed and uninteresting. The only sound effect you hear is the annoying drumming of your vehicle’s junker 2-stroke engine and the occasional grunting of your uncle when he speaks to you. There’s very little sound outside of the vehicles passing by you or when you pass through water or a puddle. The noise of the engine became so irritating, that I wound up playing without my headphones on for like 4 hours straight. Made the game slightly more fun.

Another area I was highly disappointed in was the fact that traffic barely existed. Even on the highest traffic density setting there was barely any vehicles driving around. To make matters worse, the cities were all completely devoid of vehicles and people, which made the world feel like a deserted wasteland. 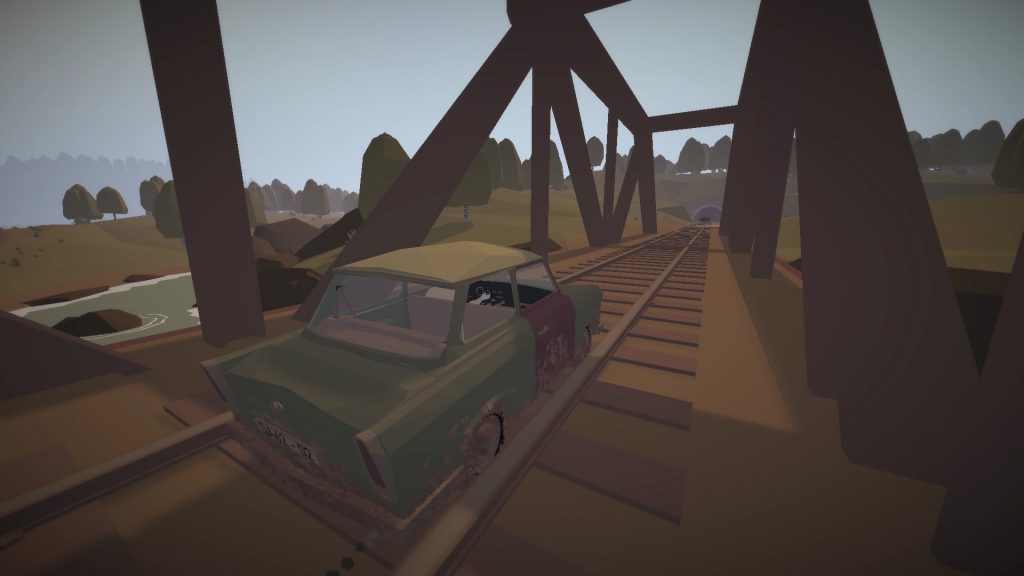 As you might have guessed, I was very mixed regarding this game and I didn’t realize how much I disliked the game world until I started writing about it. There are some decent parts to the game but after thinking about it for a bit, the negatives outweigh the decent parts by quite a bit. As much as I hate to admit it, I’m going to have to Quit this one. It’s fun in the beginning but after a few hours it becomes repetitive and utterly uninteresting. The novelty wears off quickly, and since there’s only vague instances of a story, the game falls flat and it becomes more work than it’s worth.