This Metroidvania blends numerous concepts to create a solid experience.

Metroidvanias are an odd genre when you think about it. ‘Platformer’ and ‘Shooter’ games are labeled pretty generically, yet here we have a whole host of games named after conventions established by two very specific series. Recently we’ve had some games quite obviously inspired by the Castlevania side of things in Bloodstained and Blasphemous, but here’s an indie title with a strong influence by Metroid, among others, and I think it could be a real hidden gem.

You are Nikolay Bernstein, a maritime archeologist searching for a legendary discovery. They called you mad, MAD, but you’ll prove them wrong! Good news, you do. Bad news, you end up stranded in an underwater ruin, formerly home to the Old Gods and now home to a host of creatures that will gladly bite your face off. It’s pretty clear some terrible things happened here and you’re late to the party, something a certain bounty hunter is well at home with. Not only does it control similarly and have some of the same style of weaponry, but the solitary feeling of wandering the ruins with danger around every corner is very much like one of Samus’ adventures. You do eventually find a safe hub area, but not after a tutorial that takes about an hour, letting you soak in the atmosphere for a bit. 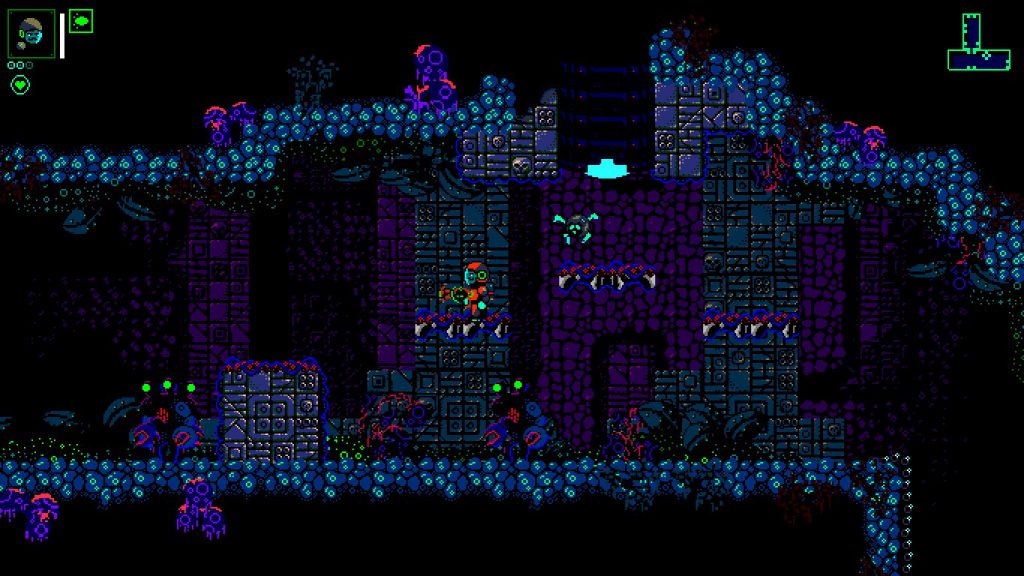 Nikolay has his own equivalent to Samus’ Morph Bomb, Charge Beam, and Missiles, but he has some tricks of his own to deal with the dangers he’ll face. His diving suit is steam-powered, which serves as a resource for some actions, primarily a dodge roll you can employ to get out of danger. In flooded rooms (of which there are quite a few), he also uses it to swim around, something you don’t always see in Metroidvanias. The really unique thing in his arsenal though technically isn’t him at all, but his Buddy Unit, a robot you meet at the beginning of the game.

At the press of a button you can swap to this robot whenever you want, and move around to get a good look at the whole of whatever room you’re in is definitely useful, since some of them are quite large or tall. This isn’t just a quality-of-life feature either, as the Buddy Unit can telekinetically lift certain blocks, giving you platforms you need or holding down switches in order to unlock some doors. It can even hack enemies once you’ve found tools to upgrade it, turning them into moving platforms or immobilize them entirely to serve as blocks. It’s pretty rare to see something like that in a Metroidvania, and the concept is utilized pretty well. 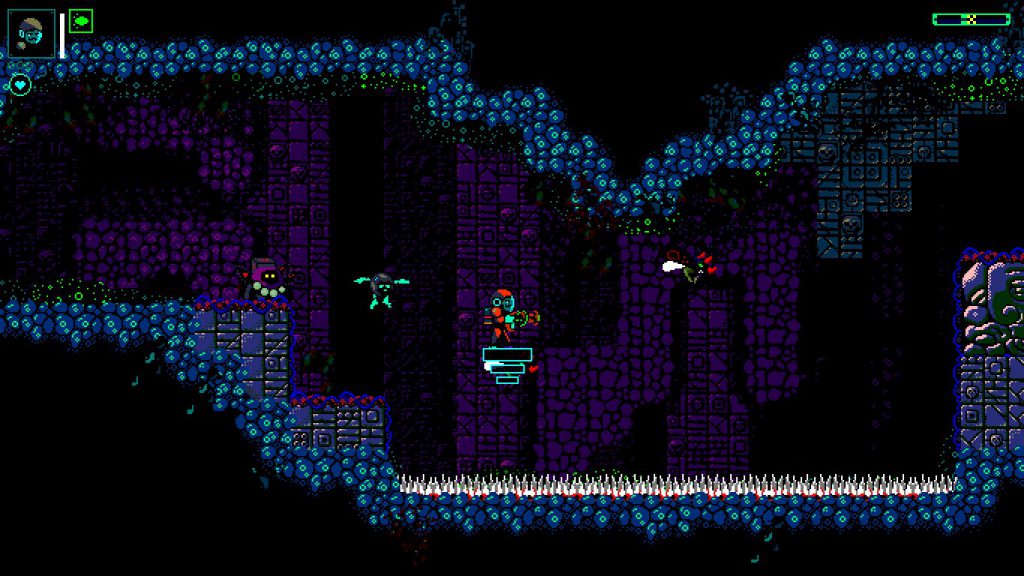 Another interesting twist is a collectible you can find called Treasures of the Old Ones. These have two uses: one is for paying merchants you’ll find in certain areas. Giving them a Treasure buffs you with a one-time revive if you happen to die, obviously very useful when going up against bosses or particularly treacherous areas. The other use is opening cells containing Wozans, a race native to the ruins who are the only friendly face you’ll find in your journey and speak of a prophecy of someone from the ocean who will come save them. So you can use these tokens to help yourself, or help them, and the game implies pretty strongly that will matter later on.

I like the graphics of the game, which go for a retro look but not one from the NES. Instead they’re far closer to some older Apogee games, like Commander Keen, albeit polished similarly to NES throwback games. It makes the colors of environments and enemies pop out quite nicely, and I have to appreciate doing something different in this regard.

There are some flaws to the game though. The controls can take some getting used to, for one; beyond just moving around, you’ve got a button for jumping, interacting with points of interest, running, shooting your secondary weapon, swapping what your primary and secondary weapons are, and the dodge, not to mention swapping to the robot. It can feel a little complicated, and while you can rebind it may be better to pull out the controller for this one. Combat can also feel annoying at times, with enemies staying right on you and keeping too close to properly shoot even with the dodge. 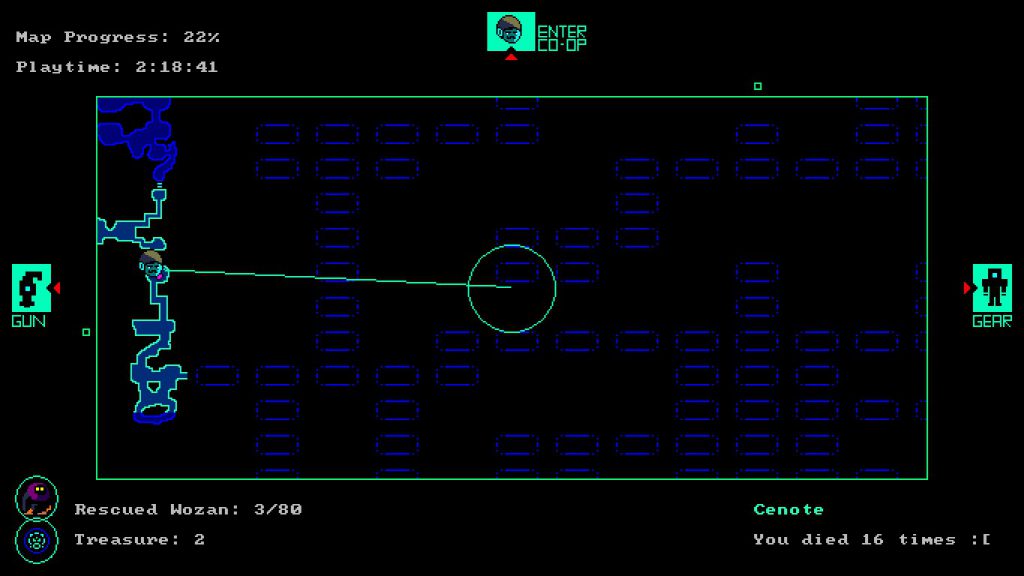 One thing that may not be a flaw, but bears mentioning, is how open the game is. Shortly after you find the hub area you have many directions to explore in, and unlike many Metroidvanias the entire map is visible at the start (albeit obscured), and you can see to an extent how much it loops around on itself. The game doesn’t really hold your hand either and puts exploring it in your lap. Some might like that and others might not.

Overall I think Outbuddies has a good chance of going down as a very strong entry in the genre. There’s a lot to appeal here for fans of Metroid and its atmosphere, Metroidvania players, or just anyone who wants a game that seems to have genuine effort and passion behind it. I give it a firm Save.