It’s fight or flight, can you survive?

You are being hunted. Trapped on an island in the Mediterranean Sea with no way to leave and unable to find your friends, you are alone and surrounded by a hostile, cult-like group of socialists. All you have is your quick wits and your quick feet. Can you find a way to escape? Or will you Die Young?

You’re thrust upon a wide-open world with nothing more than a map, a compass, and the clothes on your back. You have no direction, aside from a note beckoning you towards a tower up north, though you’re free to roam around as you see fit. Exploring around, you’ll come across a few points of interest, be they abandoned buildings or elaborate, maze-like zones. While it’s not hard to go from start to finish, taking your time to explore can be very beneficial. There are different upgrades for your character strewn about the map, from extra pieces of equipment to backpacks to increase your inventory size.

Die Young has a very intuitive and engaging parkour system. When in the explorable points of interest, you’ll be doing a lot of climbing and platforming, whether you’re scaling mountains to dizzying heights or figuring your way around an old, crumbling building. When in the open world and avoiding enemies, your feet and your quick-thinking are what you’ll be needing to outrun and outmaneuver your aggressors.

Saving and Fast Traveling exist in the form of findable locations. Firepits allow you to both save and quicksave as well as cook any raw meat you happen to have on hand, and there are hidden safe spots located in several regions that allow you to fast travel to other safe spots, rest for the night, and even stow away important items or collectibles. Once you find either of these, it will be marked on your map, as well as sources for both fuel and water, making it easier to plan a trip on foot.

The combat in Die Young is woefully understated and incredibly fun. When you aren’t dealing with people at a distance with a crossbow, you’ll be up close and personal trying to fend the enemy off with an assortment of weapons. The combat system requires you to take your time with your enemy and analyze and work around their attack patterns. Unfortunately, it’s quite easy to simply bypass fights by either running away or sneaking around them. There is barely any incentive to initiate combat, which feels like such a waste of a good system, especially later on as you acquire the crossbow.

The final and probably most important component of Die Young is its survival/crafting systems. While you’ll be able to scrounge around for stuff like tools, food, and healing supplies, you’re also given ample chances to create almost everything you could ever need. However, managing your crafting resources is crucial, as you can only carry a very small amount of each resource. Within the survival aspects, you’ll need to manage your health and your hydration, the latter of which is quite trivial to maintain. Your hydration meter depletes as time goes on, but it does so at such a slow pace (on the lower difficulty) with an absolute abundance of food and water to quench your thirst. 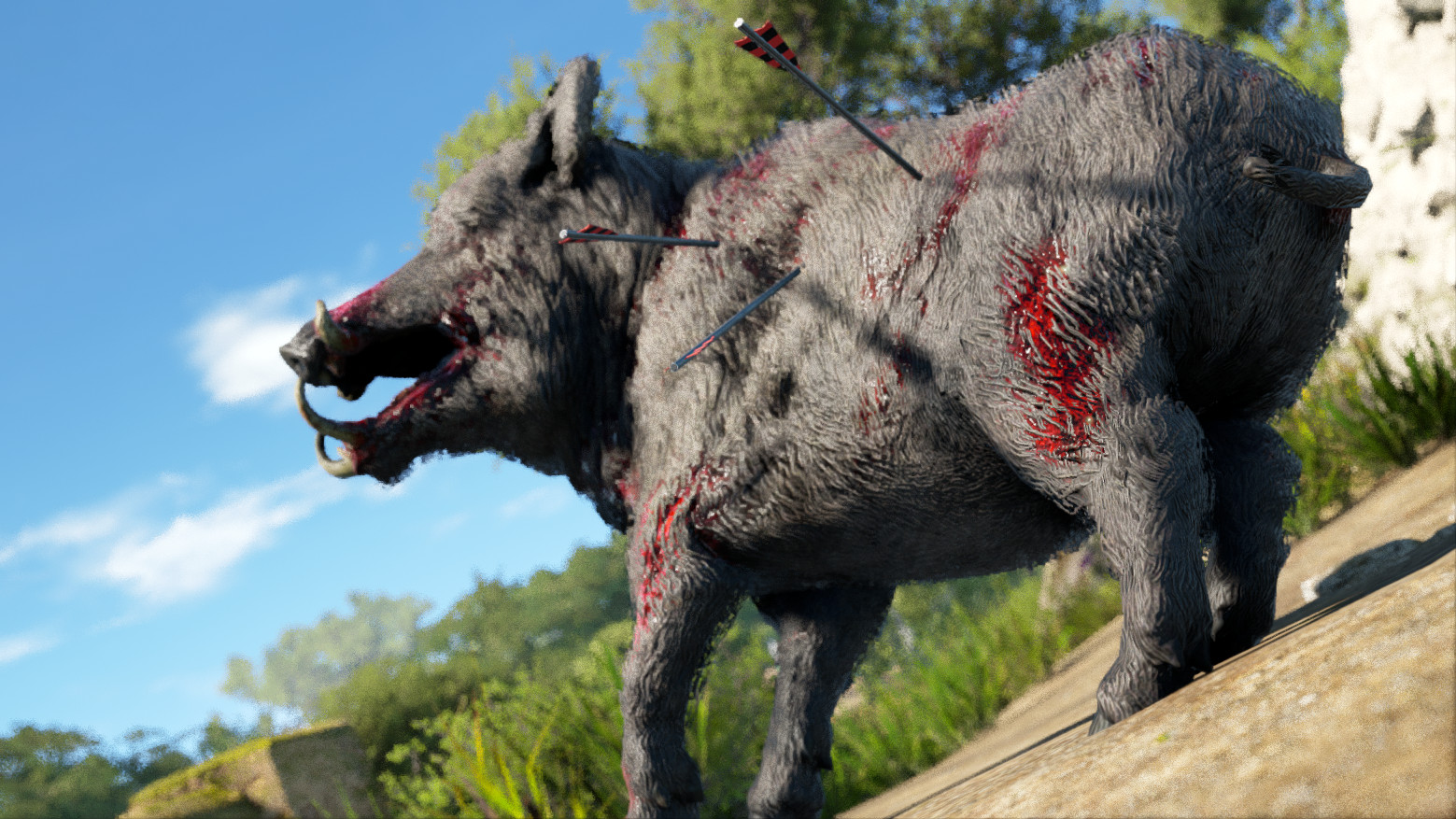 Was the open world worth it?

The island itself is beautifully crafted. From the warm, arid tones combined with the wide variety of flora and fauna that you’ll encounter all around the island, it’s clear that there was a lot of effort put into making this game feel alive. Unfortunately, life doesn’t necessarily equate to an engaging world.

Within the first area, you’ll have several points of interest that you can explore scattered about, yet they’re few and far between and, for the most part, running between them is quite uneventful. You’ll be met with a few hostiles trying to go from one point to another, but they can either be easily avoided or killed. Should you choose the latter option, they don’t seem to respawn, making your travels that much duller. Fortunately, the world feels a bit more compact after passing through the Bull gate, making the world feel a bit less empty.

That said, it seems like there isn’t much of a reason to have made Die Young an open-world game. At least, not one this large. There’s little to do between points/buildings with actual objectives to them. If the world were a bit more compact where it mattered (like in unnecessarily-large fields) or if there were more to explore/more threats to fight or avoid, I wouldn’t nearly have as big an issue with it. But going back and forth between areas across the region just isn’t fun in its current state. 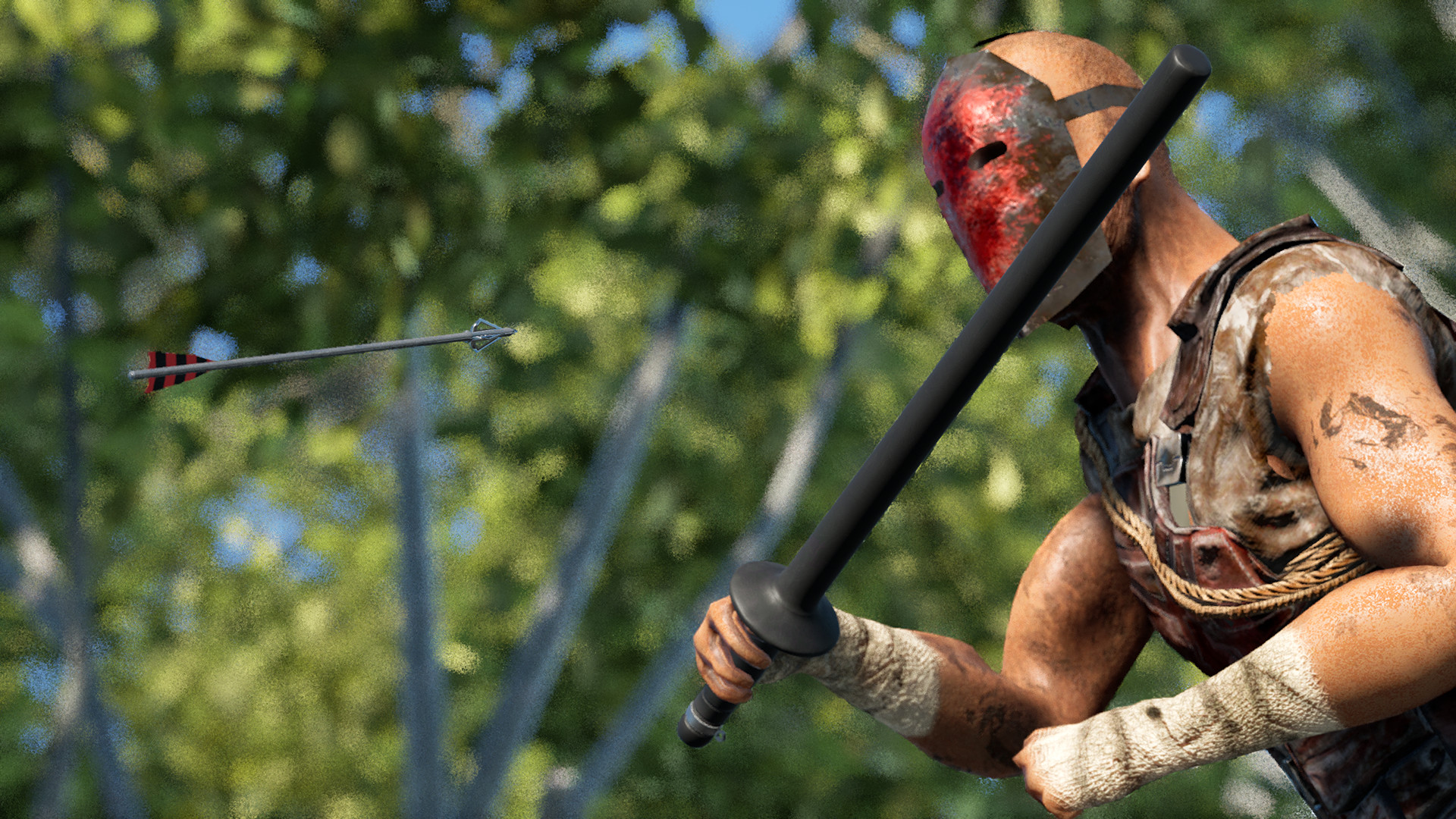 Indiegala had done well making a pretty stable game. I have yet to encounter any crashes or freezes and for the most part, everything works as intended. Regarding performance, however, it’s a bit tricky. While the game doesn’t struggle to keep 60 FPS on high, turning everything up to Epic does hinder performance on my rig a little, dropping my frames down to an average of 45. There are also certain areas of the world, typically overlooking a broad area, that my PC seems to struggle with even on settings that work perfectly fine.

One thing I want to note is the textures. There are quite a few low-quality textures (even on higher texture settings) for the wear on decrepit buildings and blades of grass. They aren’t the worst thing to look at, but it’s much easier on the eyes further away. The same goes for a handful of models that appear in-game as well, specifically the less-decomposed corpses. You’ll eventually deal with a handful of them with rather blocky-looking hands or feet.

There’s been a handful of minor bugs and glitches throughout the game, some that might make certain quests difficult to complete, some that are purely visual quirks that can be easily overlooked. Fortunately, Indiegala has been going all-out with post-release patching to make the game both feel and run as smooth and flawless as possible. 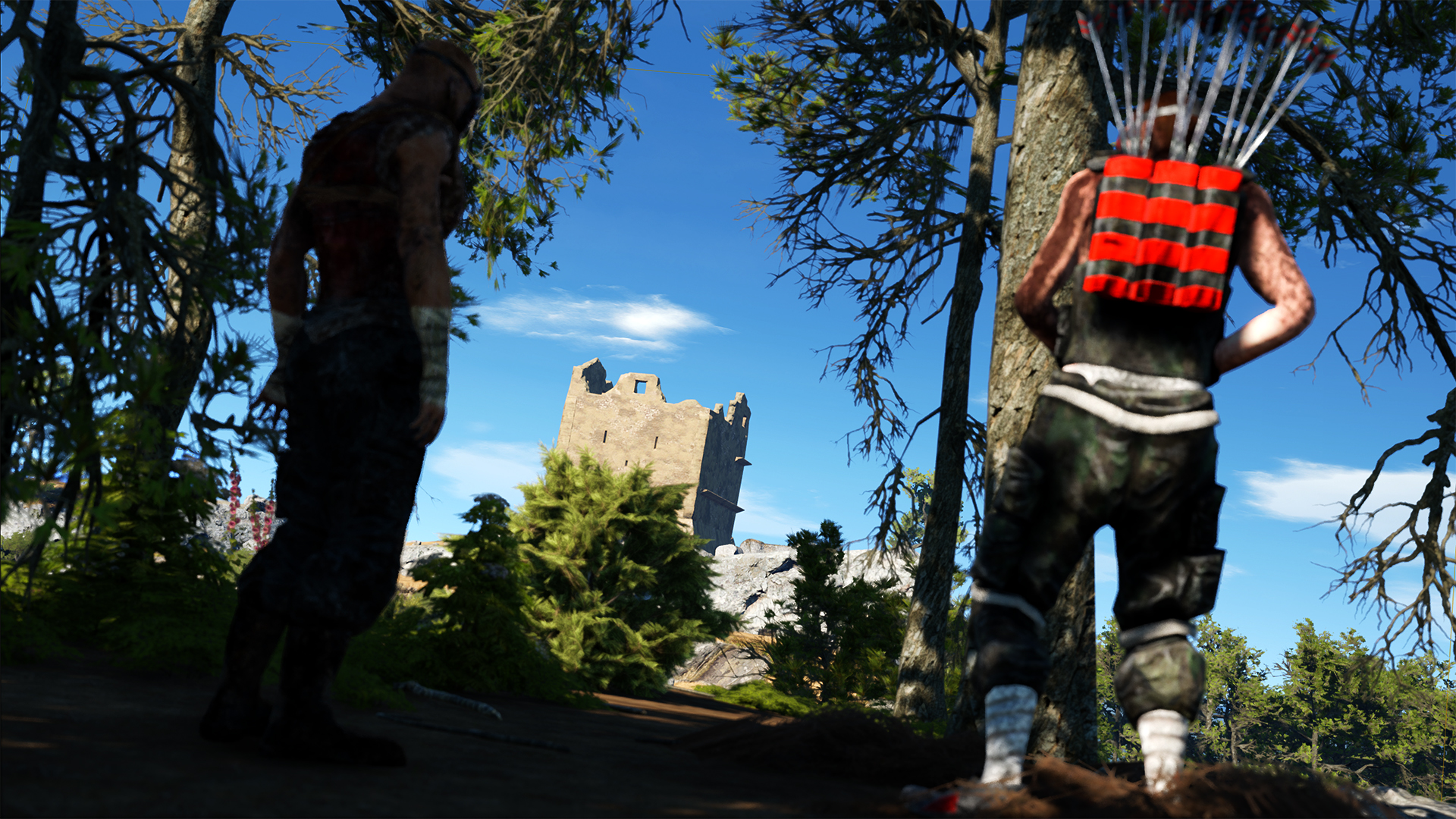 Is Die Young worth surviving in?

Die Young is a good game, especially for its price. Indiegala did well making the gameplay feel tense while giving the player a beautiful environment to slow down and look around. Unfortunately, the game’s pacing and feel are a bit marred by the rather barren open-world. Still, I would certainly recommend giving this game a shot, assuming you have enough patience!