A short, niche, deafening ghost story of depression and decisions, of choices which cannot be undone, and cannot meaningfully be made either. Yellow dim eyes linger as you live in shadows and crawl in the regret left behind.

Content Warning: This game deals with heavy and personalized themes of suicide and mental illness. This review may also contain spoilers.

Based on developer Moloch Media’s nightmares, Shadows and Dust is a grounded look at a life plagued with anxiety, depression, and suicidal thoughts. The game is essentially a visual novel with elements of a walking simulator. The protagonist is trapped in a room and is limited to three interactions: opening the door, answering the phone, or going back to bed. The gameplay is focused on having conversations with a dream child, who visits you every second of his birthday, and with your room, where you are free to move. 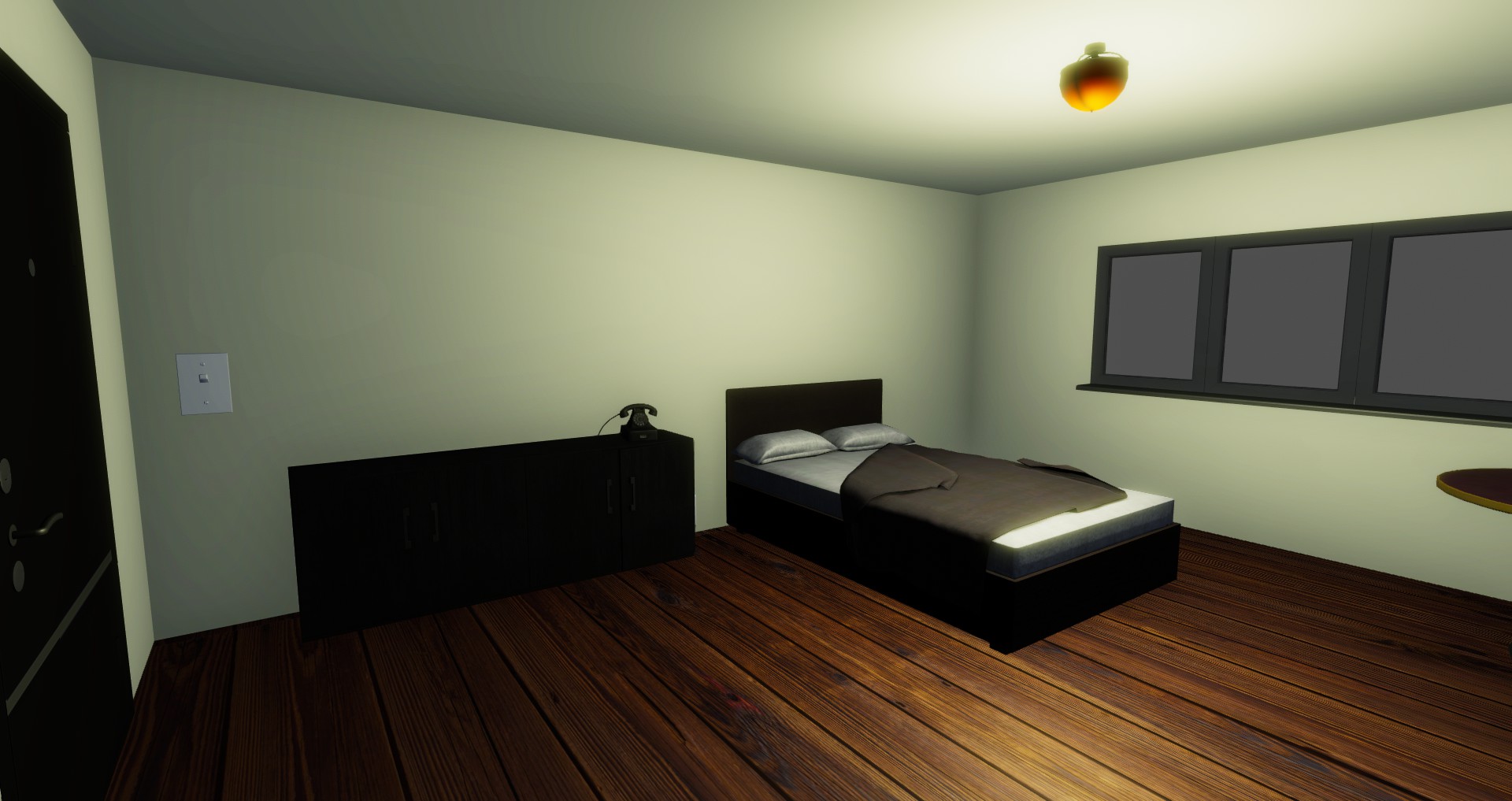 But do not be deceived, because these mundane tasks reveal a real conversation between the protagonist and a room he has walled up himself up in. While in the room, Shadows and Dust communicates anxiety effectively. The constant ring of the telephone, or the incessant knock on the door – they will not stop. There is always a clamor of circus noises in your room that disavow any peace and quiet. During your sleep, there is a percussion instrument that operates like a wind-up key, that builds up a jump-scare which never lands, creating a tear-facing sense of dread and anticipation.

Every day more people isolate themselves from their friends, family, and society. In Japan, they’re known as hikikomori, and in Marxist theory, this isolation can be a result of being alienated from your labor. For instance, here there is an irritating and consistent clamoring of people calling, not to see how well the protagonist is, but when will he be able to return to work. The depression expressed here is one of seclusion and exclusion. Someone is banging on the door trying to get us to come outside.

Shadows and Dust is about real-life fear: anxiety, depression, and suicide. As the story progresses, and you dialogue more with the dream child and the room, the fear becomes increasingly grounded in a sense of regret and loss. The father of a child committed suicide at his son’s 2-yeard old birthday and is now haunted by visions of watching his child spiral into a similar suicidal state of mind because of his actions. The person knocking at the door becomes belligerent, and the phone calls turn aggressive fast. You deserve this. How could you do this to us. In this game, there’s an inability to empathize with the depressed other, so you go back to sleep.

In a world where the protagonist has little agency over your actions (you cannot stop the incessant banging at the door or the constant ringing of the telephone), your only escape is sleep, besides pacing back and forth around your eerie room. The dream state is magnificently surreal, distorting lines of visions and conjecturing highly saturated abstract pathways. You fall up and you climb down until you are faced with the dream child again, where you converse until one of you has to go. But you silently mourn how history repeats itself. 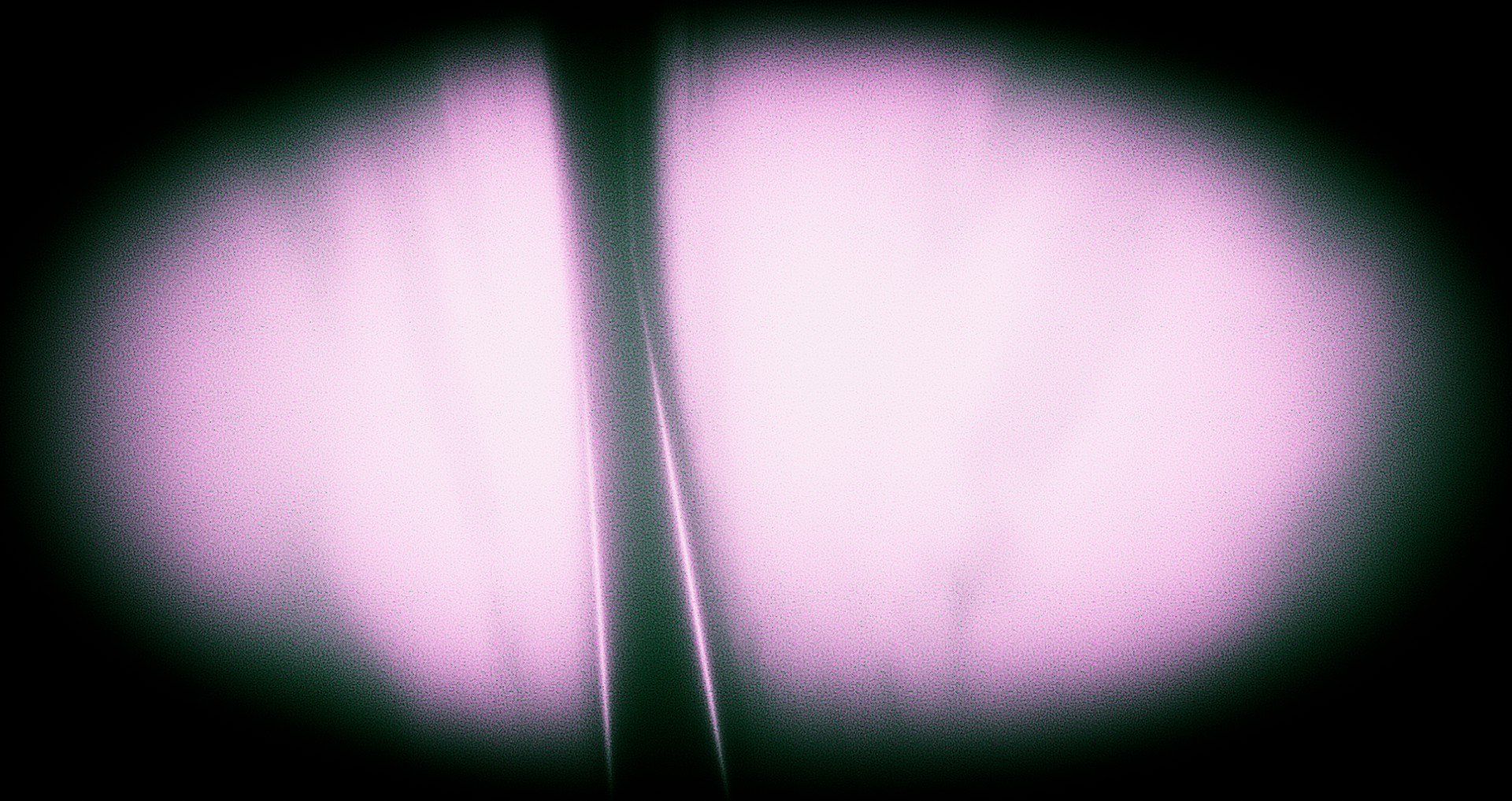 Despite not going into the causes or prevention of suicide, Shadows and Dust it presents a raw and real conversation about the feelings of suicidal ideation and how isolation can be perceived. Outreach by family and friend begins to seem annoying and unnecessary, well-intended messages seem invasive and problematic – nobody understands the pain you ate suffering. [ Congrats, you just won a free copy of this game. Please claim it from JimDeadlock on the SoQ Discord ] At the very end, the game offers the option to engage with ‘the suicide machine’ and rest for eternity in a coffin. At first, I thought this was the only option the player had, but upon further notice, if the player *quits* the game, they receive an achievement entitled “You Quit the Game!”

Shadows and Dust does not present a comprehensive analysis of mental illness. It does mention any systemic roots for depression or compare philosophical writings to the anxiety of the protagonist. To Kierkegaard, for instance, despite fixating on the agonizing nature of anxiety and despair, one could still live an authentic life – anxiety in a way to him was the dizziness of freedom, the crippling of possibility, of the boundlessness of one’s existence. No. Instead, in Shadows and Dust, we are treated to a raw and unadulterated look at the debilitating effects of anxiety, depression, and suicide. Through creative and surreal sound, visual, and text, we experience the protagonist’s descent into complete isolation and ultimately suicide due to, what Kierkegaard would attribute, the protagonists’ limited autonomy on freedom.