REVIEW: We Know the Devil

We Know the Devil (WKTD) has earned a special place in my heart. WKTD is a visual novel that features a strong queer cast, a well-written magical realist story, and a distinctive art style. It also incorporates difficult choices that affect how the story progresses, unique themes, and an uncanny sound design.

This review will focus on the writing behind characterization and how it relates to the story’s narrative. In particular, I will examine how the themes behind our three heroines connect to the story’s final arc. Unfortunately, this means I will neglect the disposable camera aesthetics and the haunting 80s-inspired synth-wave soundtrack…but, alas! 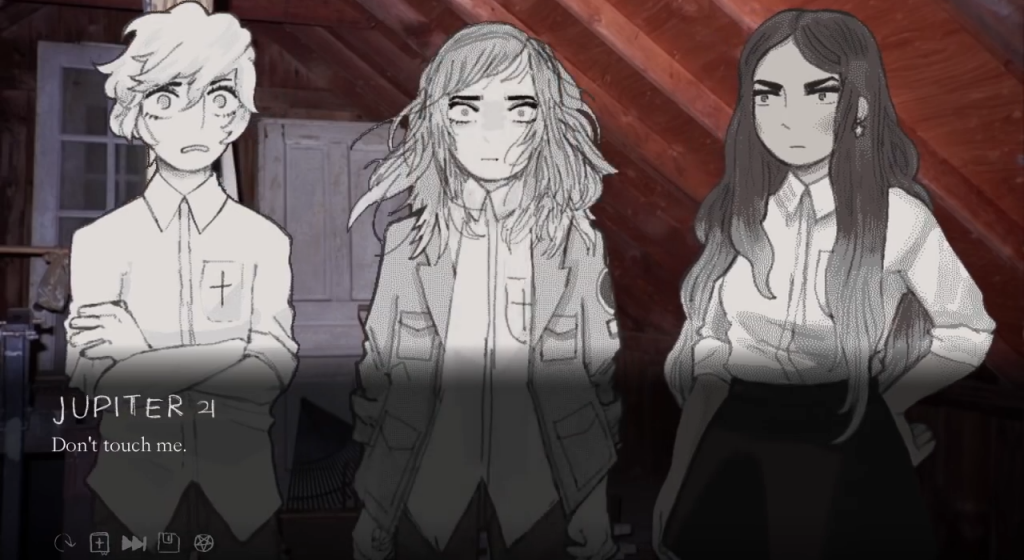 A cursory glance at our heroines leaves us with three stereotypes: Neptune is the ‘meangirl’, Jupiter is the tomboy, and Venus is the shy one. But, if we adjust our monocle and open our treasure chest of 90s nostalgia, then we can find that these stereotypes take after Sailor Moon! [1] We have strong female leads, navigating friendship, queer relationships, and their own transformations as people. [2]

Furthermore, each heroine is named after a planet. The planet Neptune is cold, has a strong gravity pull, and is full of thick liquid storms. The planet Jupiter is the biggest planet, ruler of our promiscuity and hedonism, and has had a large storm brewing for centuries. The planet Venus dominates femininity, light, and rules over self-worth and balance in relationships.

What does this all mean? Characters, Narrative, and Plot

In reflecting on her characters, creator and developer Aeevee Bee wrote: “Characters are defined by their actions in the final text.” [3] So, it’s only fair that we turn to the final act to see what the transformations reveal about our heroines. In this final act, each girl transforms into a part of themselves they have neglected because society has chastised them for it.

Neptune takes after Sailor Mars, or the ‘typical mean girl,’ showing her genuine care and affection to her friends in somewhat passive-aggressive unconventional ways. When she transforms, Neptune drowns in ichor and bile after puking from too much drinking. In the Bible, these substances are said to corrupt people it touches. To the Christian summer camp, Neptune is ‘bad’ because although she struggles being a lesbian, she behaves as she would like to, with little regard to others’ approval. In other words, Neptune is an independent, attractive lesbian who can corrupt others to reject religion and embrace alcohol and queerness.

Jupiter takes after Sailor Jupiter and transforms into an overwhelming storm of pleasure, touch, and sensation. Whenever she feels nervous or guilty, she snaps a hair-tie against her wrist. Even though she frequently feels guilty, she is also afraid of intimacy and her ‘gay’ feelings. Growing up, her mother dissuaded her from touching others because it was rude, while her father told her to avoid being touched because she was a girl.

Venus takes after Sailor Mercury, and transforms into a bright, all-seeing angel. Venus’ transformation is as metaphorical as it is literal, because she is trans. [4] Her transformation also represents a search for inner and interpersonal truth because she was born in the wrong body. Venus played dumb when Jupiter asked her about why Venus was so jealous of her, and Venus sincerely trusted and always saw the good in Neptune despite her sarcastic or abrasive attitude at times. 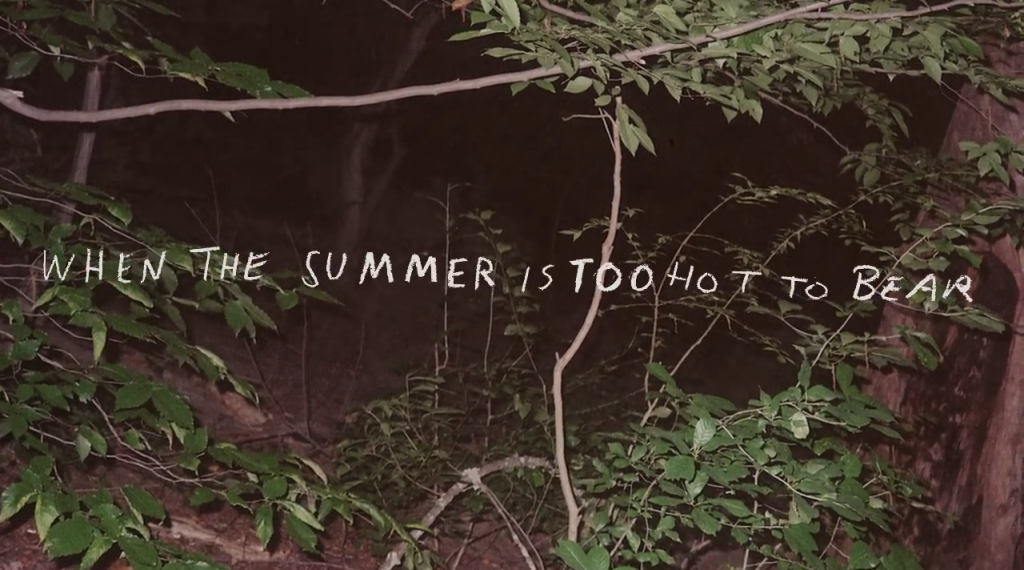 Ultimately, I think WKTD is about community and survival. Smart, incisive, compassionate and unfair games like these hold up a mirror to ourselves and show us painful truths about what it is to be human, woman, and queer – about communities and their relationships with us. Coupled with a fantastical retro score of haunting 80s wave-synths and a treasure chest of 90s nostalgia, this witty, yet gruesomely real game should be played by all in order to better understand the other.