This happy 3D platformer is simple, but can easily put a spring in your step.

No matter what game you play or what genre it’s in, seems like something’s always trying to kill you, and vice versa. It’s not a big surprise; games are about overcoming some adversity, even easy ones, and that generally equates to something to fight. But occasionally a game comes along that’s more about relaxing the player than invigorating them. Newt One is one such game, which recently left early access on August 8th.

You play as Newt (short for New Tone) a young boy in the Land of Groovy Hue, which has suddenly been overtaken by a ‘Great Slumber’, plunging the colorful landscape into black and white. It’s up to you to wake things up again and bring back the music. A simple premise, but consistent with the friendly atmosphere the game seems to want to present. 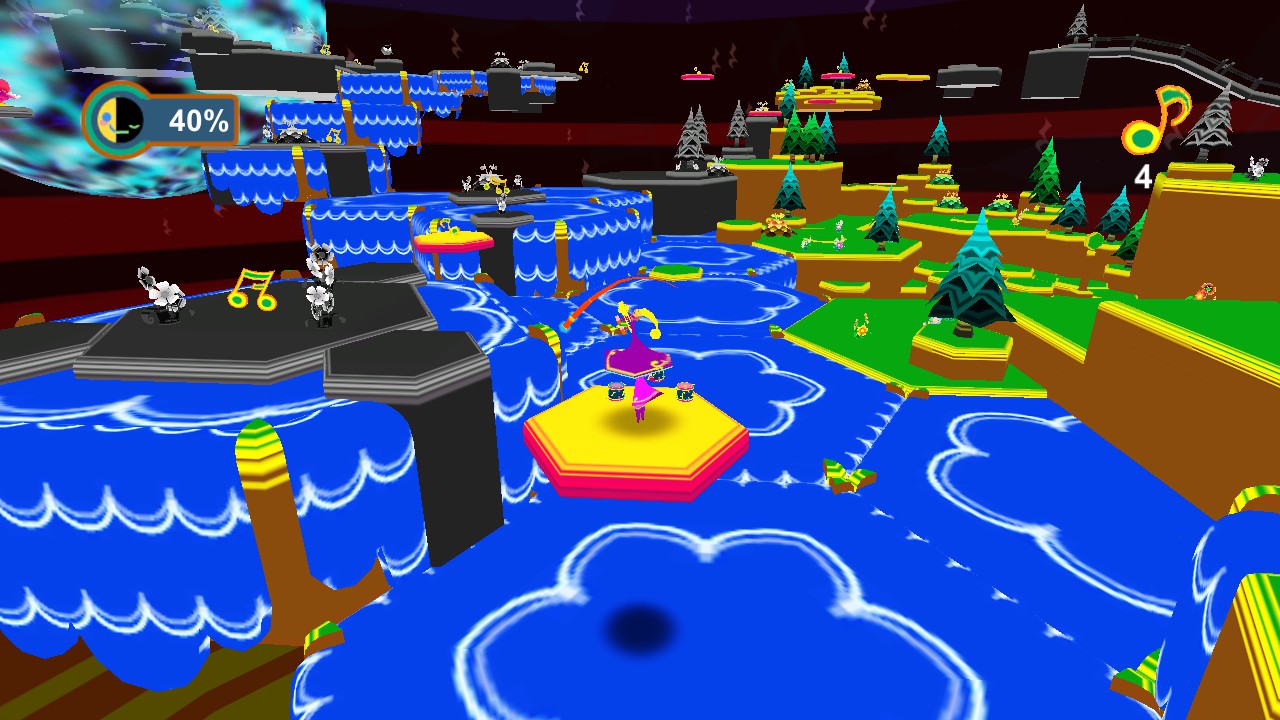 Newt One describes itself as a non-violent 3D platformer, and the gameplay is consistent with that. Each level starts off with both the landscape and music muted, but at a touch from Newt platforms and the landscape will burst back into color, gradually bringing the soundtrack back to its full splendor at the same time. It’s a neat effect, and while you only need to reach the end to finish levels I found myself wanting to get everything just because it felt like you’re meant to. That’s always a good sign for any game I think.

The game definitely sticks to its claim of non-violence; there are no enemies to contend with, no way to game over, and the only element of danger is missing a jump and falling off the stage. Even if you do, you’re simply warped back to the last stable platform you were on. There are still some wrinkles though: some levels have pick-ups like a pair of wings that allow Newt to float, or a drum he can use to reawaken everything around him and interact with the environment. A permanent upgrade you can find for each world is its Wand, which just awakens everything around you automatically. 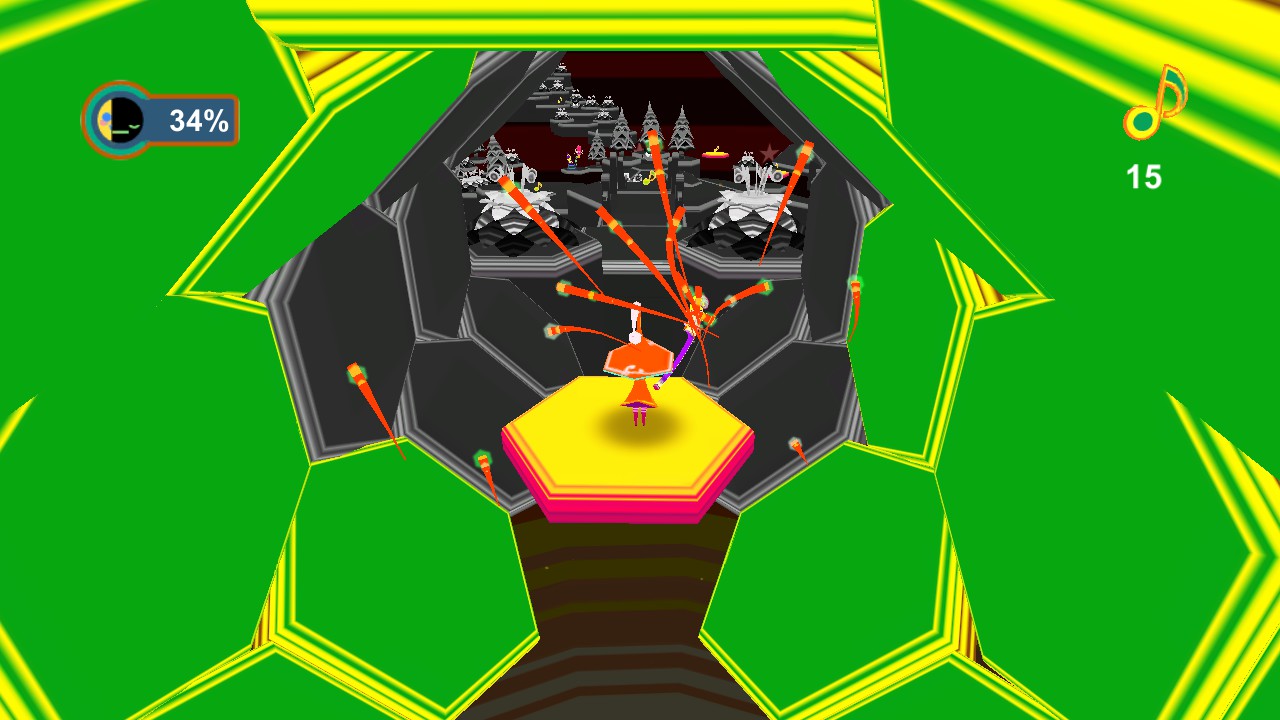 So obviously it goes without question the game isn’t meant for a hardcore player looking for something that will test their skills. That said, every level has some achievements for you to do, from restoring every bit of the level to color to finishing it without falling off once, so there is a bit of replay value should you desire it.

The gameplay, while basic, has a few annoying wrinkles to it. Some platform are tiny and occupied with objects, requiring some fiddly moves to touch them both if you have no items to help you. Some jumps also felt a bit too precise for this sort of game, and there are parts where platforms suddenly spawn in, making them feel like leaps of faith for the player. 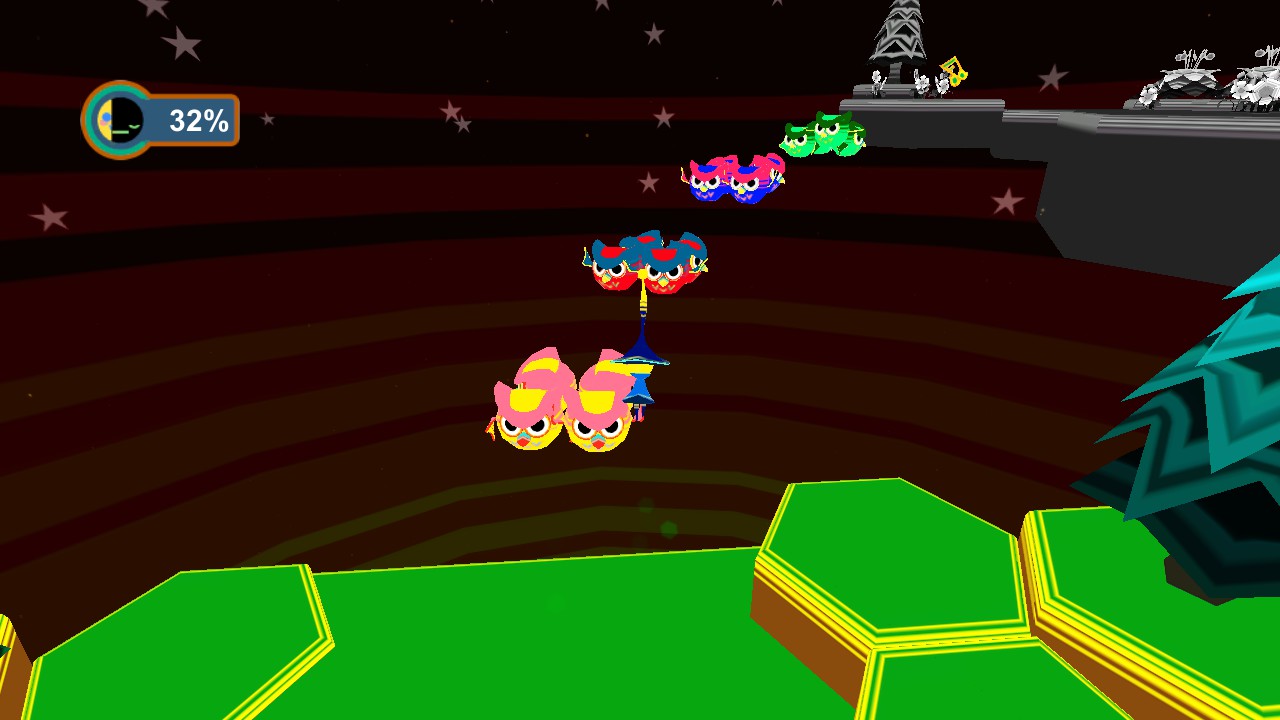 Newt One’s graphical style reminds me of some older 3D platformers. Levels aren’t exactly made to fill a theme or tell a story, but are simply a series platforms floating in a void. That’s not necessarily a bad thing, as they still feel crafted and fit with the game’s dream-like atmosphere, but they aren’t full worlds like you might be expecting. I like it, myself, but others might not.

All in all I found I had a lot of fun with Newt One, even though I wasn’t expecting much. Barring those small issues I’d say there’s no reason not to get it unless you’re not in the mood for this sort of game. I give it a Save.