Lorelai concludes the trilogy of The Cat Lady and Downfall. It’s a good casual horror adventure game, but it still stands in the shadow of the first two.

If you haven’t played The Cat Lady, just go ahead and do so. It is the single most memorable indie horror adventure game I’ve played over the years and it may even already be in your library, backlogged along with the hundreds of other Steam titles you haven’t gotten around to. If you’ve never heard of it and the game looks interesting from the screenshots, you might want to wishlist it now and grab it later as the Steam summer sale is on the horizon. The Cat Lady is the first of a trilogy of adventure horror games with the second game being Downfall and the third being the focus of this review, Lorelai. 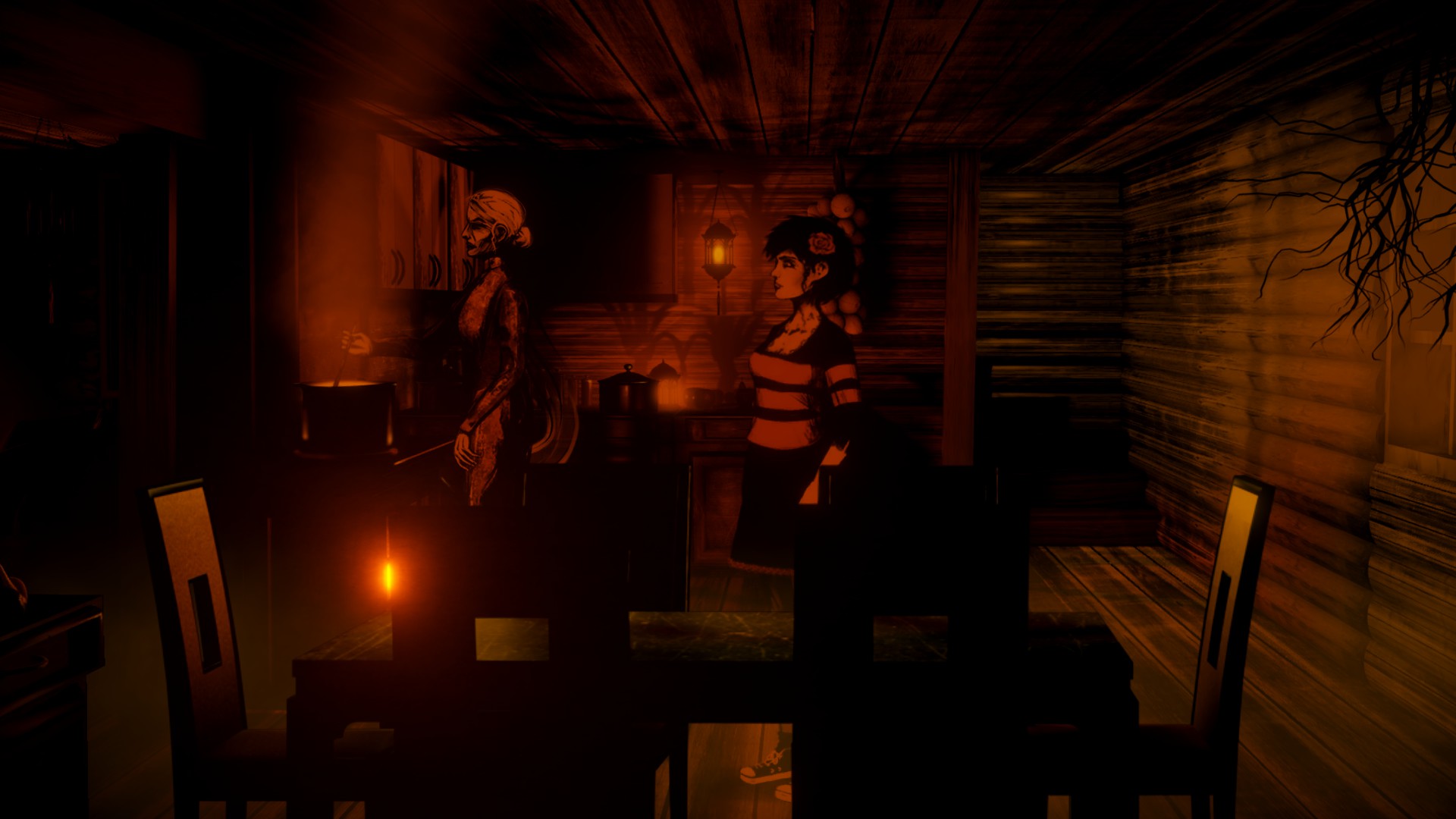 I feel it is very helpful to at least play The Cat Lady from this trilogy before Lorelai, but it is not mandatory. The game holds its own even if you don’t know any of the familiar characters and settings, however, it is substantially more impactful if you have that experience already.

Familiarity has its pluses and minuses here because I have to admit I still prefer The Cat Lady over Lorelai. The Cat Lady has more depth into the psyche of the main character as it follows her descent into the seemingly endless hole of her despair. Lorelai has this feeling of underlying hope to escape from her situation. Although her life is grim and hard, she is never eclipsed by her own misery, so the game is just less dark. I think the main reason for that is because she is rather young whereas Susan from The Cat Lady is older and simply has had more time to be consumed by her despondency. 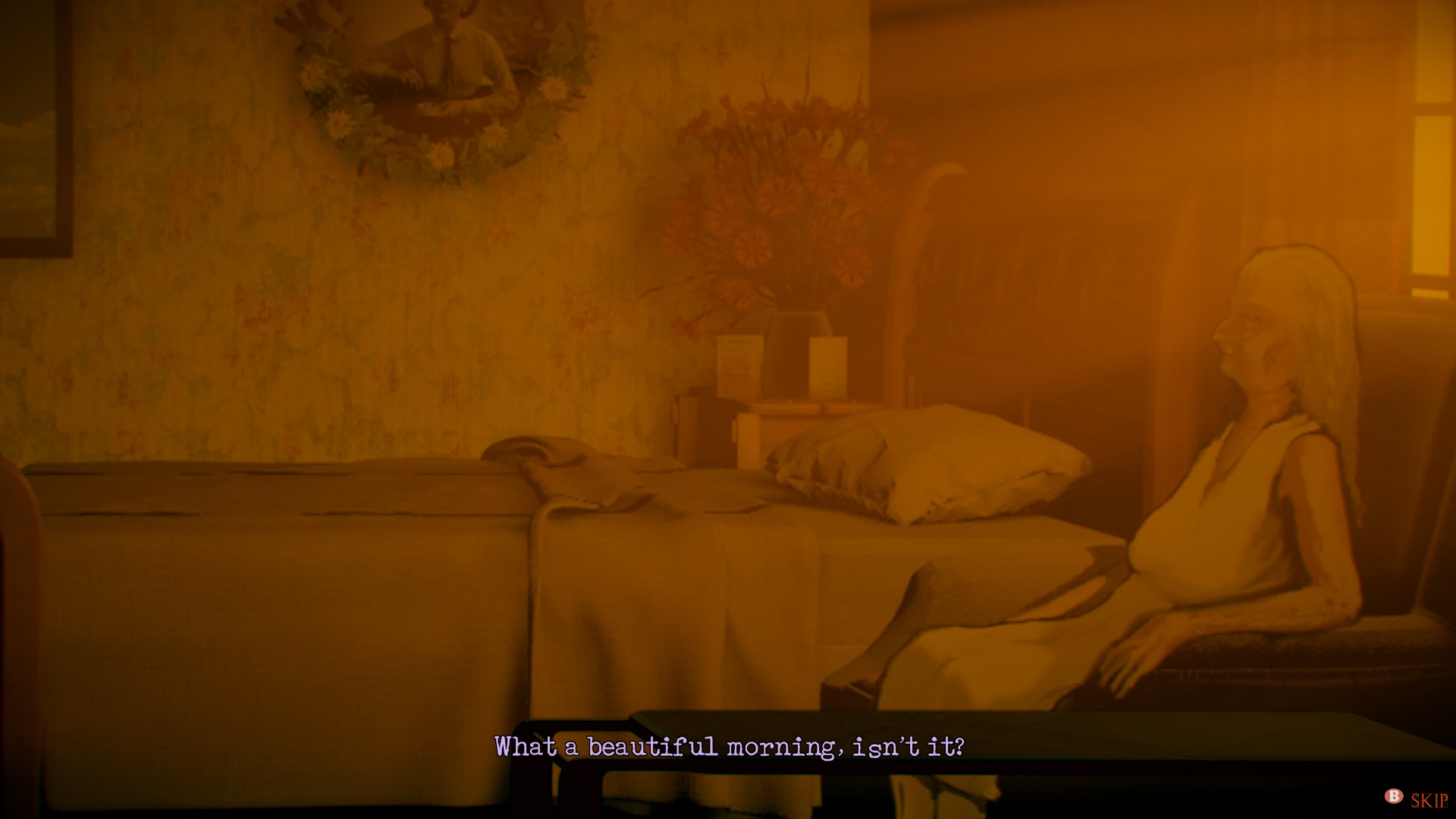 That said, Lorelai is still undeniably a game by Remigiusz Michalski in all it’s black glory. He is like a bluesman who has a certain way of playing the guitar that no one can emulate. A game by Remigiusz Michalski just has this very specific indie vibe that is wholeheartedly original. It is not just the art style or the writing, it is the way in which he constructs the scenes and the careful way he presents us with choices that mean more than a consequence, but also tear into the psyche of both the character and the player. There is a very fine tuned use of horror here, highlighting the cruelty and intent of not only others but also yourself. These are your choices, no one else’s. On top of that, there will be moments that just shock you in an up close and unfiltered manner. To be unsettled is a requirement. Yet, I feel Lorelai has substantially fewer of those moments than I expected, and veterans of the other games may find this third chapter to be less shocking when it comes to the horror.

Returning to this game is the Queen of Maggots, an ephemeral being of death that is unlike many villians you may have come across. She paints her canvas with brushstrokes of bloodlust and the ability to force your hand to commit murderous choices. She truly is one of the great parts of this series of adventure games. She does not disappoint, but in a way she does seem less vile for whatever reason. I think she is somewhat upended by another character, Lorelai’s step-not-her-dad. Beyond a shadow of a doubt, he is the most horrific part of the entire game. Lorelai’s mom has a live-in partner, if you can call him that, and he ends up making the Queen of Maggots a sort of side-story in comparison. 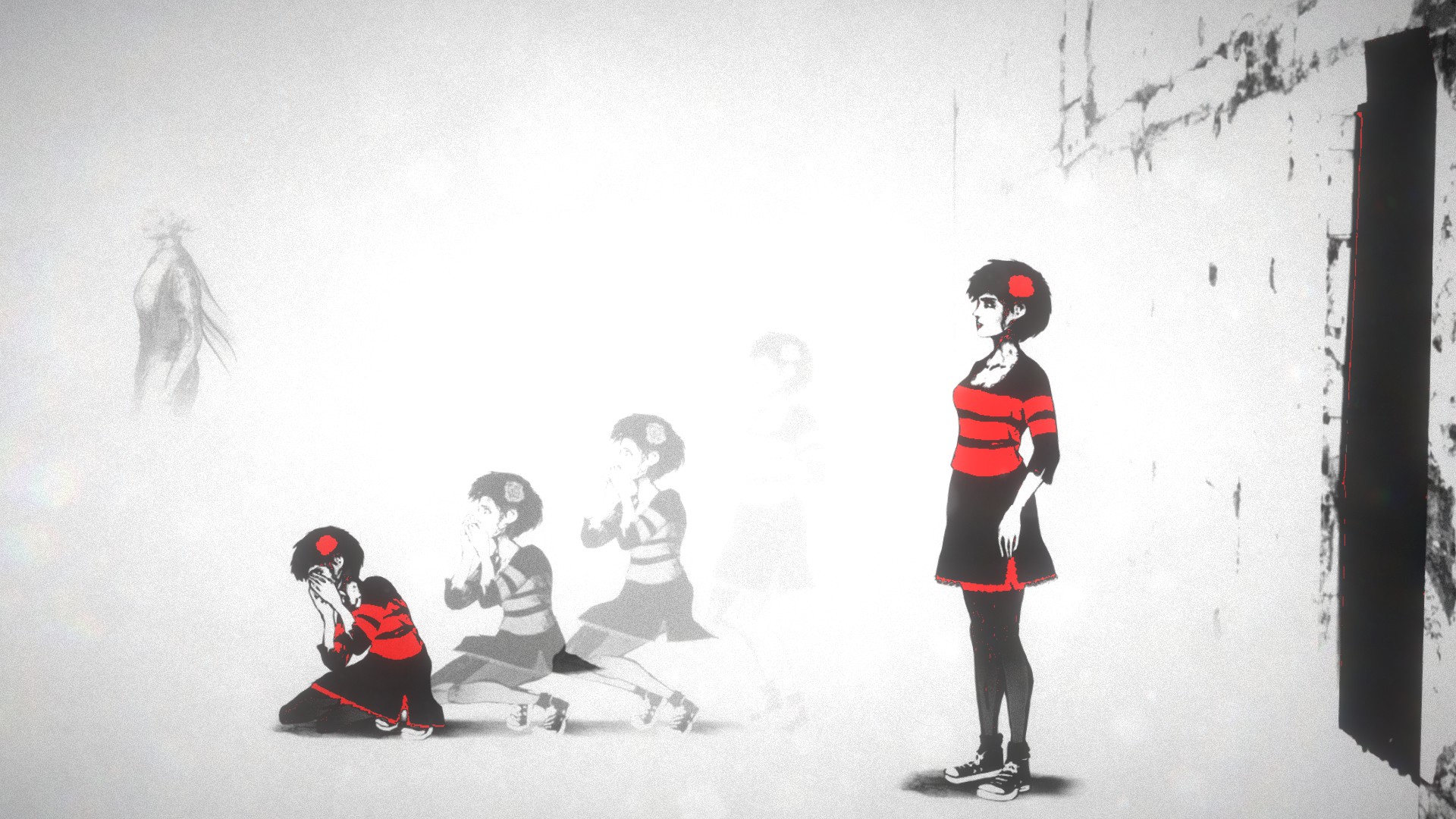 All this brings me to Lorelai’s story. It’s hard to review an adventure game without revealing too much about the actual story, so I’ll leave out some details. Lorelai is a young girl who is about to embark on her first job, which she hopes will be a springboard for her to escape from her rough living conditions. Her mother is barely able to care for her newborn sister because of, and I am simply guessing, an all-encompassing depression and she must endure a physically abusive partner, John, who also makes offensive and lewd comments to Lorelai regularly. Life is hard, they are scraping by and John is pretty much leeching off what little the family has. Yet, it is not so easy to leave. Lorelai is the only competent adult in the house, and her baby sister would likely die from lack of proper care without her. This is the primary backdrop for the game, you’ll travel back and forth from here to some hellish locations, but the family is where the drama will occur and ultimately be the source of the Queen of Maggot’s hold over Lorelai as she pulls the strings with her life.

You’ll encounter some other characters along the way, but the character of John, the live-in partner, is just truly a bad man. I wouldn’t go so far as to say he is horrific, and I can honestly say this game is the least scary of the trilogy, but he is just a pure example of how offensive and selfish a human being can get. I enjoyed the story just fine, and I think the focus of the game on the family situation is and should be where the game zeroes in to find its nucleus. What I didn’t care for is how the Queens of Maggots section of the game would at times soar high and then flatten out in comparison. It felt like that part of the game just didn’t intertwine with Lorelai’s family story quite as well and the game feels a bit underdeveloped because of it. 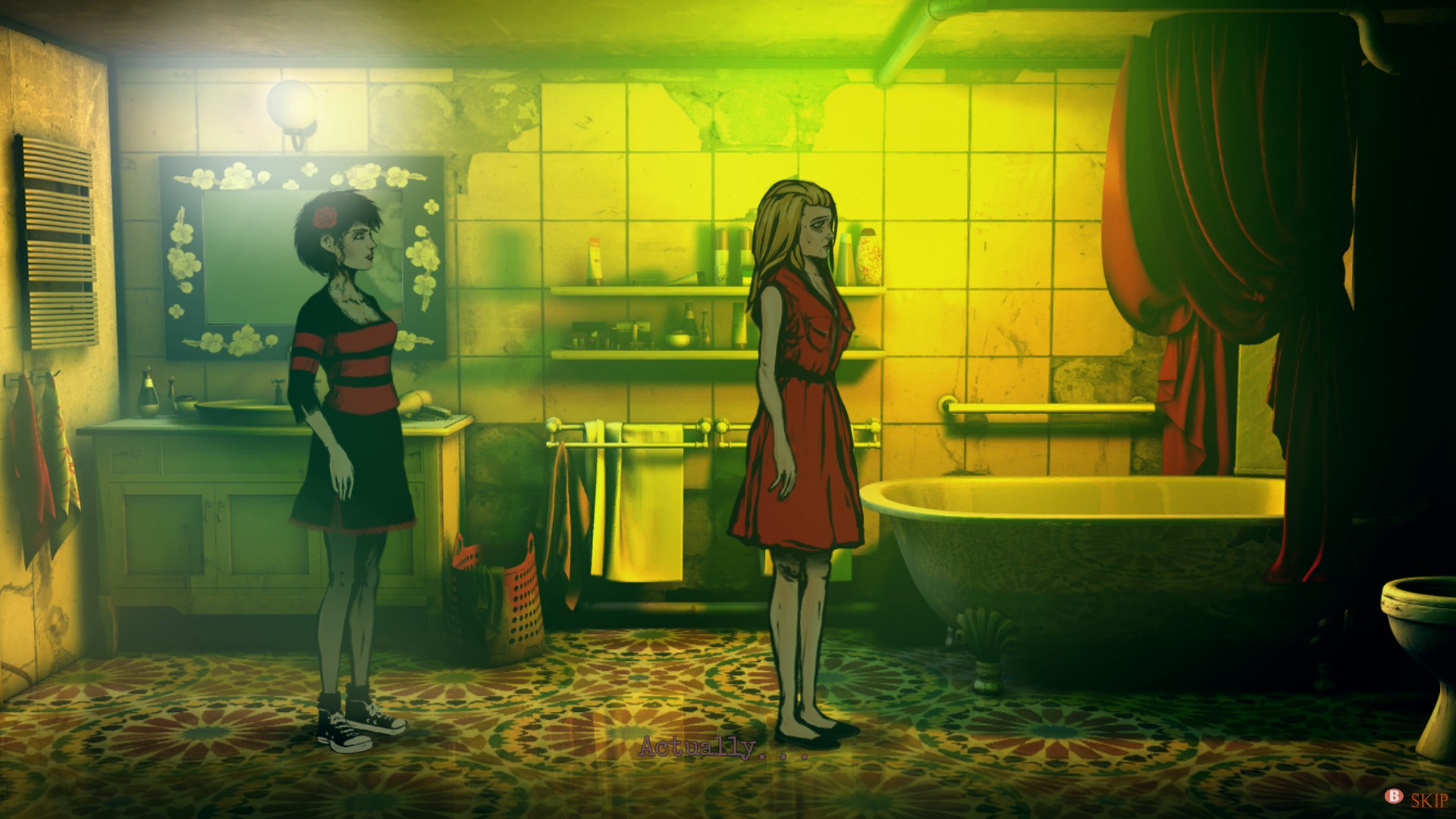 There is also a character called Jimmy the Time Traveler who almost seems to be out of place. Maybe that is intentional, I’m not sure. What stood out to me was how random his appearance was and how little it added to the story other than a means to provide some items. It would have been preferable to have him more involved and perhaps some more backstory. There is only one part of the game where he actually connects with Lorelai and it is just not enough for players to really care about him one way or the other. I literally felt like a whole chapter could have been made just for him, his story, and his involvement with the Queen of Maggots. It would have given us more Queen of Maggots as well, which is never a bad thing.

This lack of character depth echoes throughout the game. Maybe it’s because there is a large cast of characters, but very few of them get enough screen time to make an impression. There are co-workers, and the best one is Maria. Her screen time is well done as we get a strong impression of who she really is and how she thinks. What is a bit odd is that Zoe, the actual antagonist co-worker, gets barely any dialogue at all in comparison. It’s also the way the game scenes play out, but I feel Zoe was very underdeveloped and could have had been featured more. 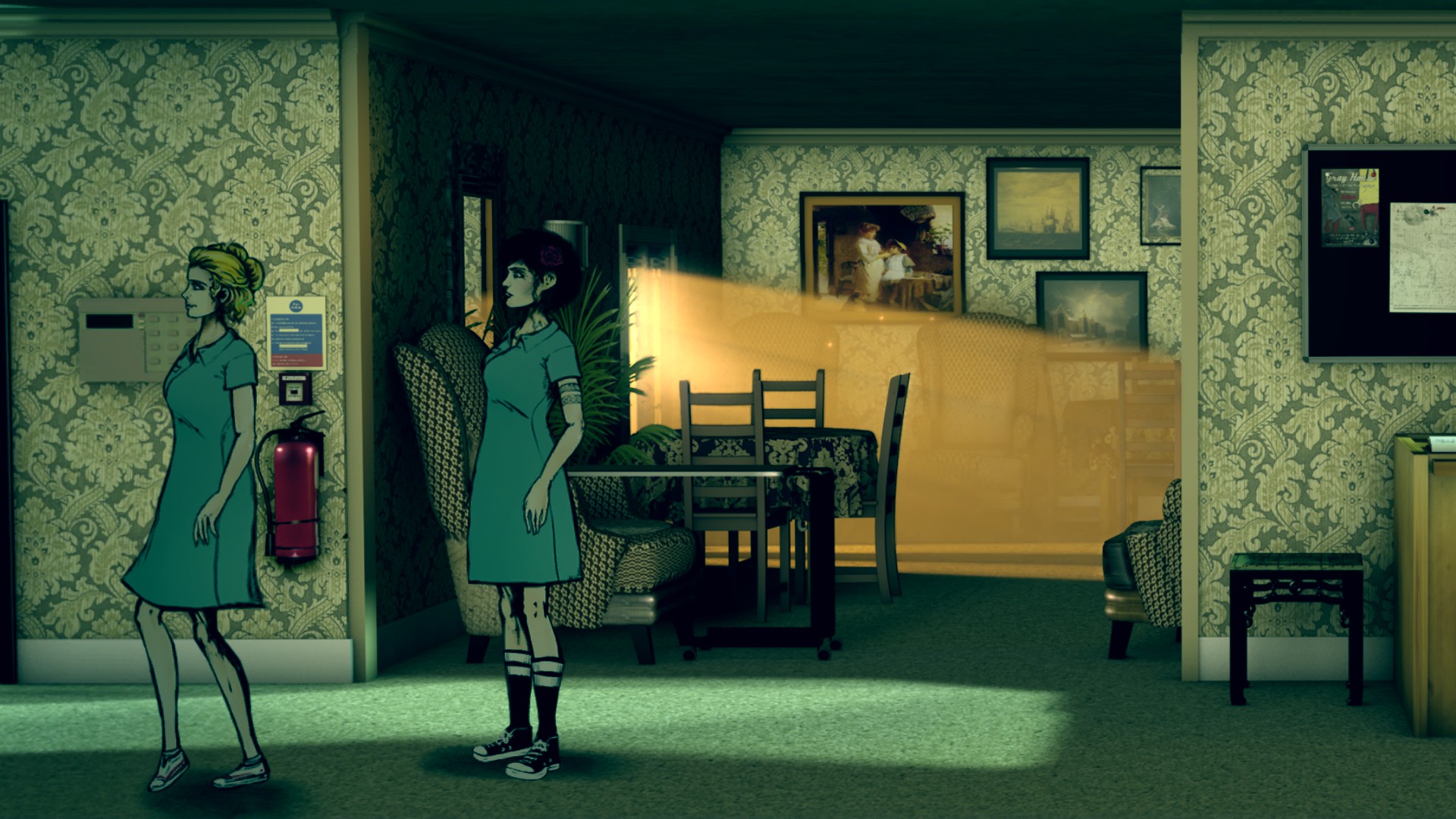 I feel the same about Zack, the neighbor, and Lorelai’s mom as well, who barely had any screen time at all. Zack does get a wonderful bit when he discusses games, but I have no idea of the backstory behind his relationship to Lorelai. His emotions and reactions just felt a bit shallow compared to the raw feelings involved. Lorelai herself also doesn’t open up enough. It is almost like I don’t quite know what kind of person she is, and perhaps that is on purpose so that the game forces you to fill in the blanks with the choices you make later on. I just keep going back to The Cat Lady and thinking about how much I understood Susan, for better or for worse, and I just never had that connection with Lorelai that I was hoping for. 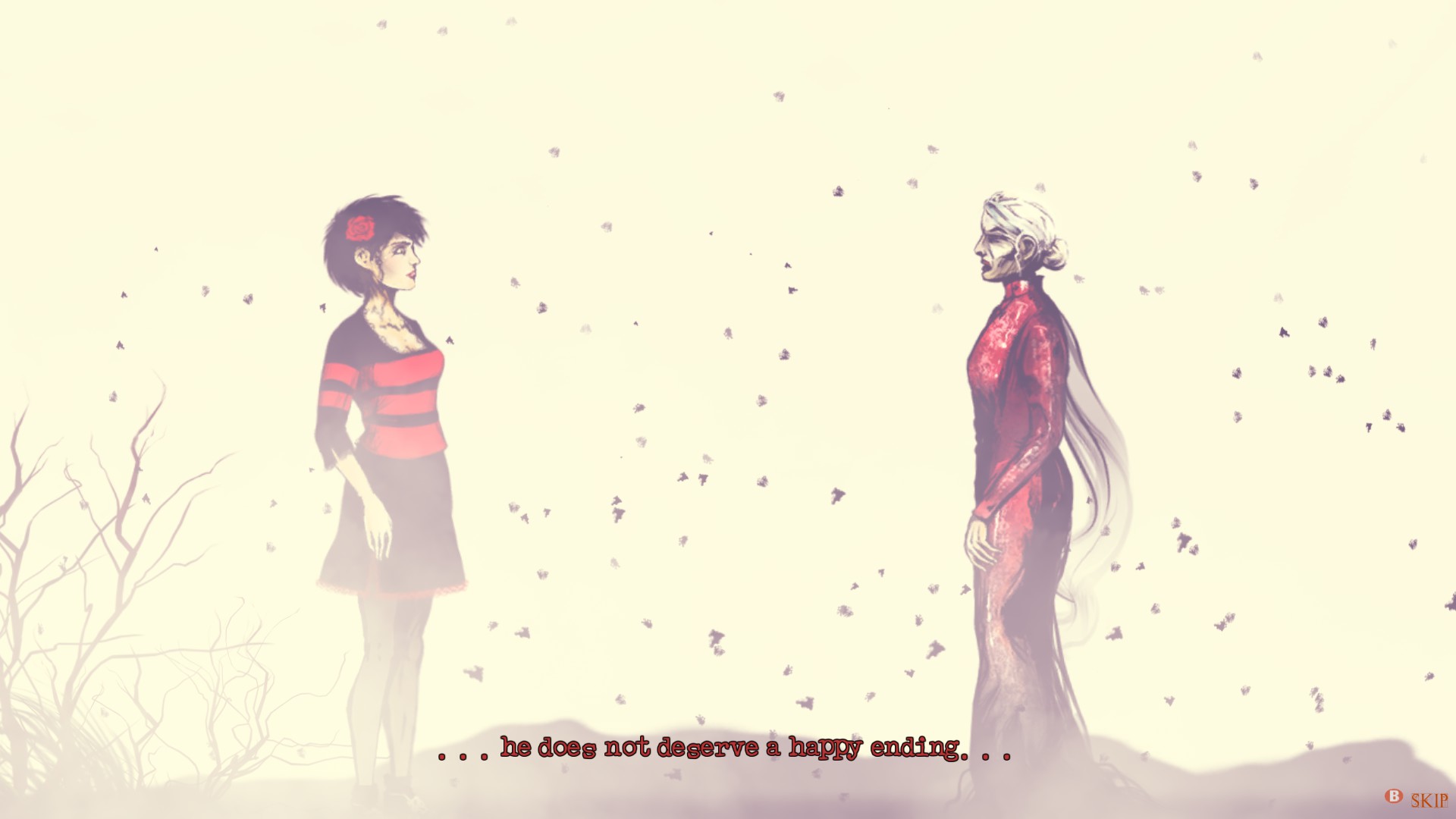 Adventure games need puzzles, preferably decent ones with a few hard ones thrown in for good measure. Lorelai as an adventure game is very casual, with an emphasis on the ease of progression over difficulty. For those looking for a puzzly game, it is not here. Expect the solutions to be almost obvious and a wee bit of randomly trying out combos until you get the idea of what to do. Overall, it should take about 5-6 hours to complete the game on your first attempt. There are a few endings, so I’d advise saving a few times before the end in case you want to try out the variations.

You basically walk back and forth with interactive objects showing up on the screen as you come close to them, so no pixel-hunting, which is a good thing in my book (my poor eyesight makes pixel-hunting incredibly tedious ). There is a rather nice addition of 2D images merged with 3D backgrounds and it’s a nice improvement. However, don’t expect amazing 4K graphics and whatnot. The hand-drawn animations won’t get you there. It’s art without the need for pinpoint fidelity. Enjoy the blurry images, it’s intentional.

Performance on my modest PC setup was just fine with no crashes or errors of any kind. I’d expect this game to run on a decent laptop, but I did not test it on mine as I found the game had controller support and I played with my Steam controller without issue from my couch. 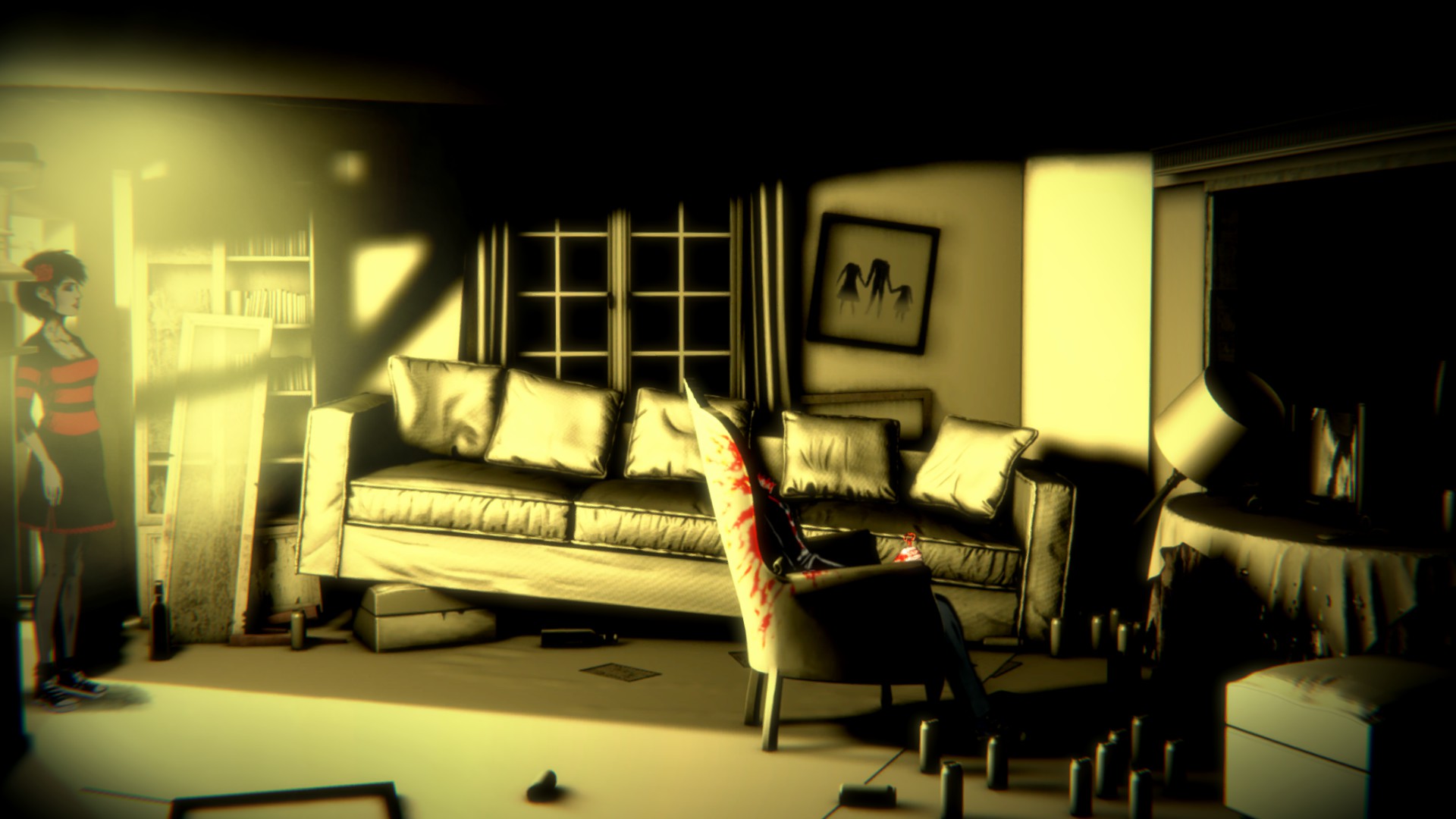 If you enjoy indie rock, then you will feel right at home. If not, you have a mute button so use it. I thought the tracks from Micamic were well recorded and performed just fine. The sound effects for Lorelai walking were a bit too loud in my opinion, but otherwise I enjoyed every last echoey sound effect. The game is entirely voiced, and the levels felt about even for each character. I didn’t hear any incredible amounts of hiss or pops in anything. 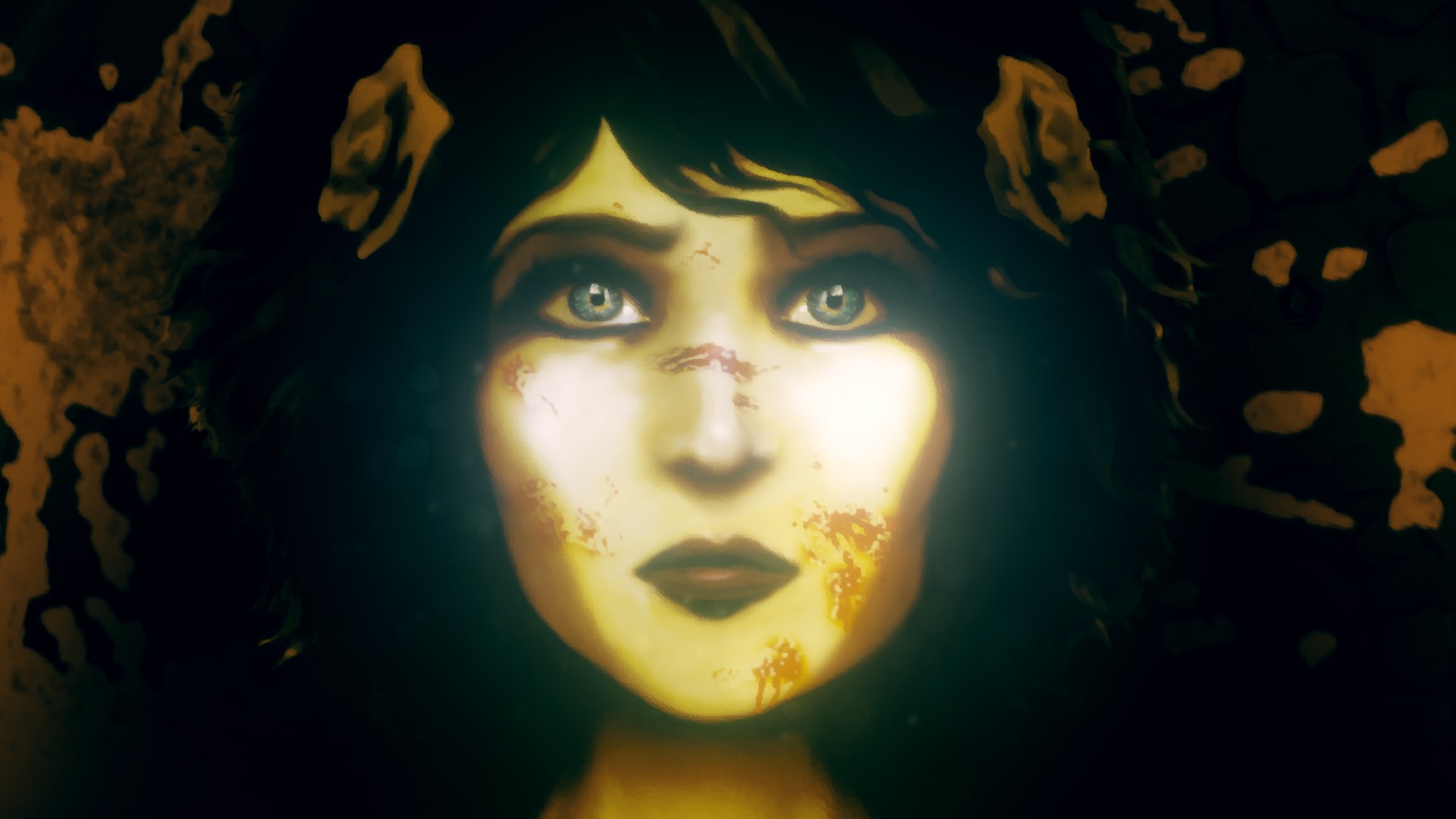 Should you buy Lorelai? Maybe not right away, but eventually I think every owner of The Cat Lady and Downfall will buy this anyway. I wouldn’t advise buying it as soon as possible, the other two games are simply better. However, The Cat Lady is probably the de facto indie horror adventure game standard much like Super Meat Boy is the de facto indie platformer standard. It’s hard to live up to that type of brilliant work, even if you made it yourself. Lorelai is a decent game, but it’s not going to be as memorable and likely not as endearing as it’s predecessors. Worth getting if you are a fan, but I’d wait for a discount down the road. It’s more casual, less puzzly, less scary, and not as psychologically encompassing as some may hope for, but it is still a Michalski game and that’s worth a play any day.