Tabletop Gods tackles a VR genre that is currently getting well populated with much better games, but does it have the beginnings of something worth waiting for?

Tabletop Gods, released in early access, is a tabletop-inspired strategy game with a bit of tower defense sprinkled in. You command a squad of either human or undead creatures and siege weapons to try and dominate your opponent.

The VR space has a fairly decent amount of top-down RTS games the like of Brass Tactics, Cosmic Trip and Air-Command. Ghost Fish Games will have to bring their A game to stand out in a genre in VR that has a selection of great titles to choose from.

Use the line below to continue below the info box, in case there’s not enough text to clear it naturally.

You begin every round with a limited pool of energy you can use to set traps in order to defend your strongholds and attempt to bolster defenses. At the start of each match you can currently choose to fight as either the Humans or the Undead, each having their own special skills available to use in battle.

What you will use to place your defense is called mana, which is also used to summon units into battle and spells. The object of the game is to destroy as many of the enemy strongholds as possible within the allotted rounds. The player with the highest damage count at the end of the fight will come out victorious. Units can be spawned in any areas occupied by your team or where a stronghold has fallen.

Troop Selection at present is a fairly standard lot, you have a selection of range attack enemies with fewer numbers and slower movement, a selection of “ground units” with melee attacks, and then you have the more powerful single units, also with ranged and Melee attacks. One unit that stood out was the bomber, a very weak and vulnerable unit that will run to the nearest enemy stronghold and explode for decent damage.

There are a few modes available, but there is a tutorial. I highly recommend you try the tutorial out before logging in for the real deal. The first opponent I was matched against was a level 44 player and I was obliterated as a level 1, having no experience.

The only two maps I could see at the moment were; Castle Grounds and Nether Realm. One is well lit in a daytime setting, with bright colors and the other is fairly dreary with an undeady feel to it at night. As stated above there are currently two factions, Undead and Human, which seem to be the inspiration for the two maps. This is a particularly sore spot for me, as the content of the game should have a little more variety before a public launch. However, the tactical gameplay is unaffected as it simply needs a bit of variety to make the game feel a little more flushed out. I think the devs wanted to really hone in on gameplay and focus on the models and maps later, which isn’t a terrible idea, I just think three or four maps is a more acceptable starting pool.

Some balancing is needed, the nuke option is insane when you have the mana for it, a huge explosion clears all units in an area fairly quickly and can turn the tide of battle a little too easily. Some of the single units are bruisers that if you time properly can overwhelm the other player in an instant if you get several on the map at once. 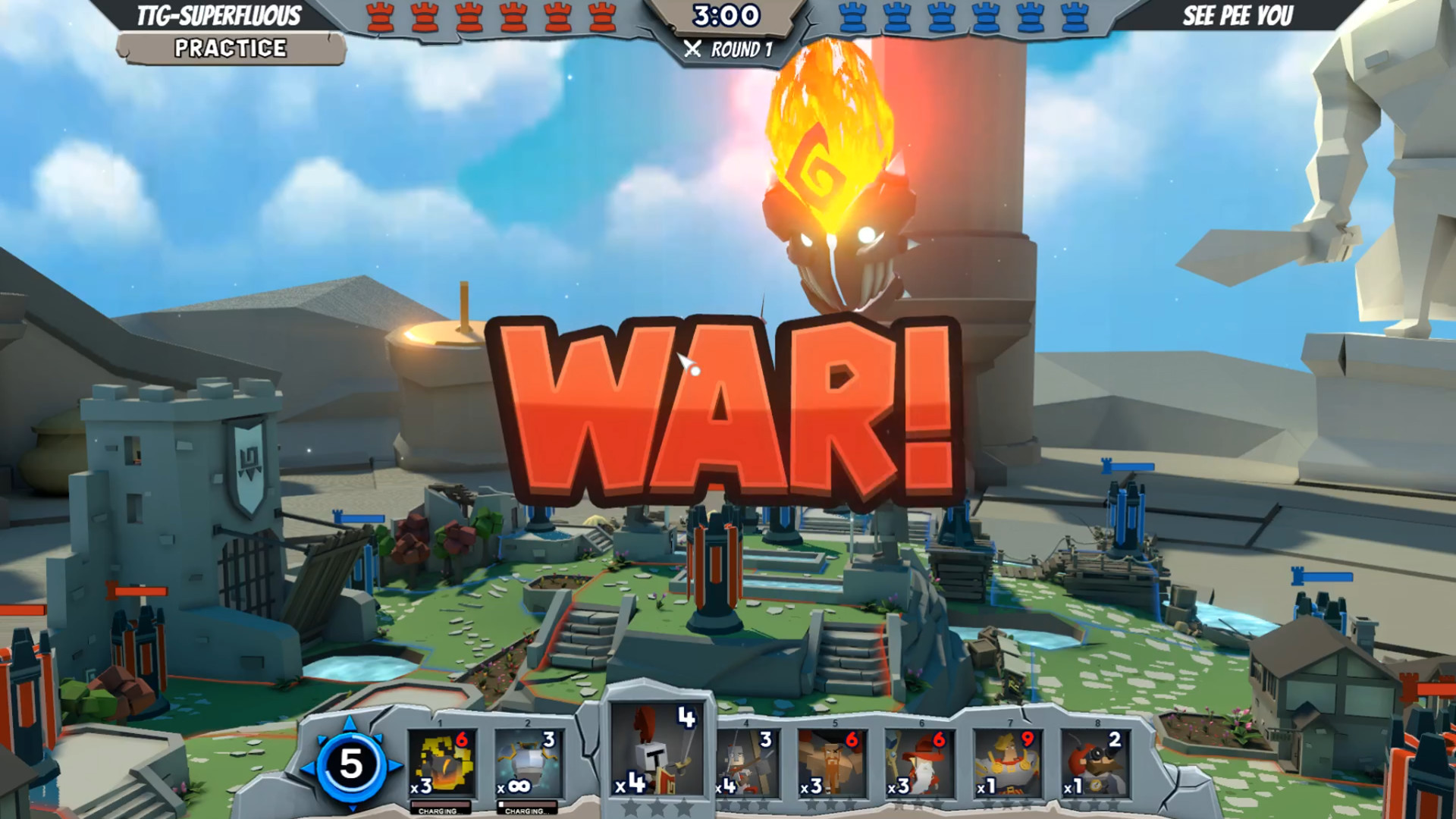 There is not much to say in the sound design department. The voice over work is actually the best part… the announcements of each round and such is well done, but the in-game sounds and music is extremely lackluster and falls well below what I would even call good at the moment.

In a genre with other great titles, you need to stand out. I think this is a strong contender for what is easily the best way to really make that happen. 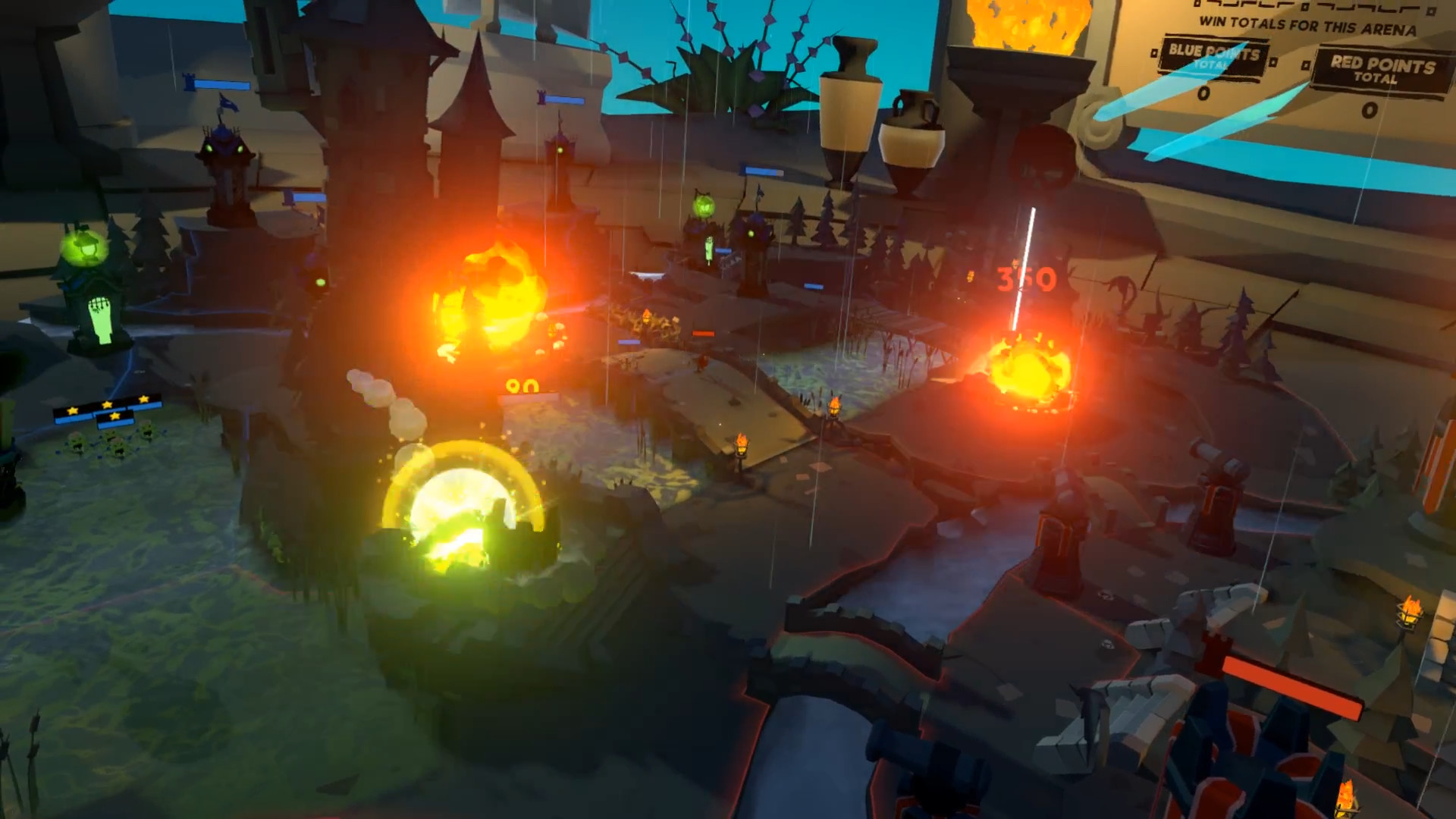 The visuals are Easily the best part of Tabletop Gods and what drew me to it in the first place. Character models are flushed out and unique, easy to identify, and the maps (two) are very nice. What really stood out to me though were the masks placed on the players faces to represent their position in the arena. The special effects are pretty and well made, the aforementioned Nuke is a sight to behold.

Controls are well done, everything feels natural and even without the tutorial you can play the game intuitively. To select a unit you point at it and then point at the board to place it. This is the “tabletop” part of the game as it has a slight Dungeons and Dragons feel to it, except the multi-unit rings, where you place multiple units at once, but no nocks against this as placing individual units for the “pawns” would suck.

Locomotion is a non-existent thing here, you play “where you stand” and the other play is on the opposite side of the map. As a result, maps are fairly small and condensed and you can move around and even fly up while in the loading screens but it doesn’t affect gameplay. 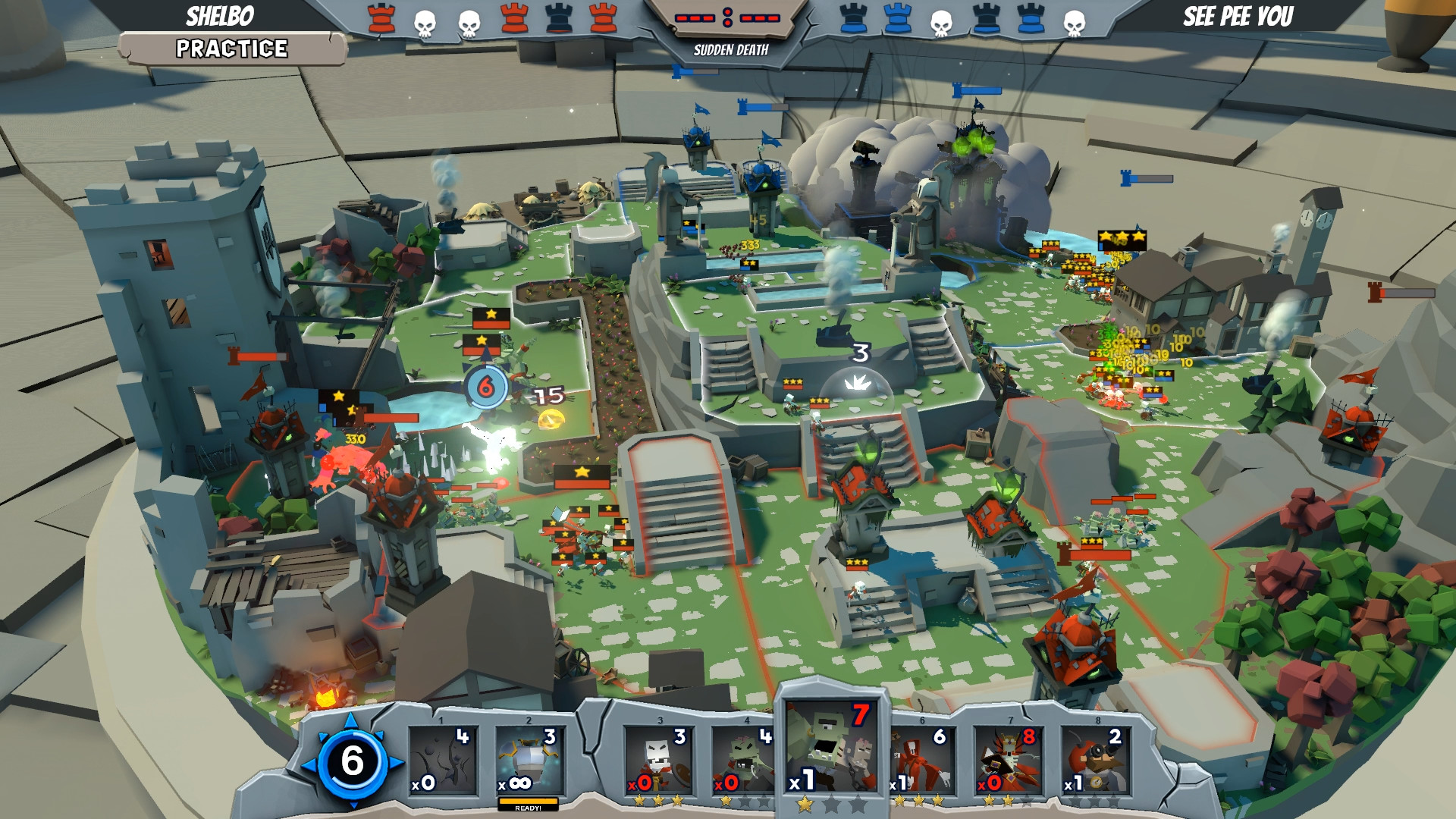 Tabletop Gods has big shoes to fill to compete against the other VR RTS titles available, but it has good roots at the moment. For the asking price, is it worth waiting for added features? Well, I can’t tell you that as the developer doesn’t have a huge library of titles to draw a conclusion from. Many early access games are generally not, but then there are titles like Subnautica and 7 Days... So you need to make that choice, I recommend the following:

The game is fairly light on content at the moment, start with the tutorial and you will likely know within the first 2 hours if you will want to wait for the developer to refine the game, or return it.